The top parenting concern is not spending enough time with their children, poll reveals 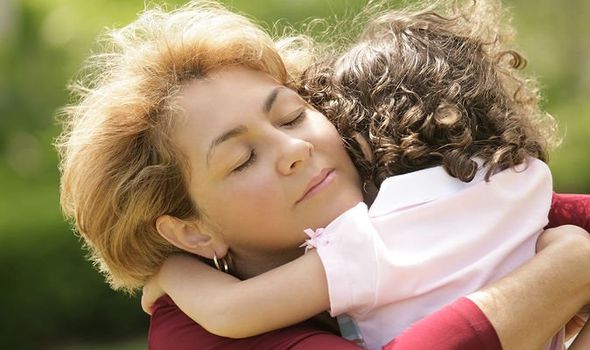 A study of parents, with children aged 10 and under, found they have an average of six worrying thoughts about their kids a day.

These include whether they have a healthy diet, are fitting in with others, or have skin complaints such as eczema.

One in five stress about their children making enough friends and 19 percent fret over their kids possibly having an undiagnosed behavioural condition like ADHD.

The survey, commissioned by Childs Farm, found a fifth of parents worry their child might get bullied because of the way they look, while others fear their child isn’t achieving as much as others.

When comparing parents, who have children with skin complaints with those who don’t, it revealed mums and dads of those with problem skin are more concerned their child isn’t cute, pretty or handsome enough (20 percent).

Just four percent of those who don’t have skin complaints worry about the same thing.

They also are more concerned their child may be bullied as a result of their looks (23 percent), compared to parents who don’t have a child with a skin complaint (nine percent).

Sadly, 64 percent believe their little one is already self-conscious about their appearance.

Just over half (53 percent) of children have been bullied due to their appearance, with 63 percent picked on due to skin complaints such as eczema.

And 40 percent have even reconsidered posting a photo on social media of their child in case it led to horrible comments.

Joanna Jensen, founder of Childs Farm, said: “Being a mother of two I know all about worrying about your children, about their achievements at school, about the friends they make, about everything – it’s all a natural process.

“But worrying about their skin is a preventable concern. I can completely relate to all the parents who worry about their child’s skin conditions.

“My youngest has eczema and it was my concern for her skin that led me to develop the Childs Farm range and help other children become happy in their skin – whether they have dry, sensitive eczema-prone skin.”

The study also found that of the 73 percent of children, who have had an issue with their skin, 35 percent have seen their symptoms remain an issue or become exacerbated during the last 18 months of lockdowns.

Half (51 percent) blame this on increased anxiety, 42 percent weren’t able to have access to their usual healthcare professionals and 52 percent blame it on over washing.

It also emerged that parents believe their little ones started exhibiting signs of being self-conscious about their appearance at just five years and three-months-old.

As a result, more than nine in 10 worry their children feeling negatively about their appearance may hold them back from achievements they may fulfil later in life.

A quarter of those polled, via OnePoll, said their favourite moment with their child was bathing them for the first time, but 44 percent worry about doing daily tasks, such as washing their child, due to their skin conditions.

Dr Jennifer Crawley, consultant dermatologist for Childs Farm, said: “Skin conditions, such as eczema or dry and sensitive skin can have a big impact on both the parent and child, but it doesn’t have to be a heart-breaking situation.

“Prevention is always the best method when it comes to managing skin sensitivity so ensure you nourish and hydrate your little one’s skin with natural moisturiser designed for children’s skin. Pay special attention to the hands, but also the lips and feet.

THE TOP 15 THINGS PARENTS WORRY ABOUT WHEN IT COMES TO THEIR KIDS:

12.          They may have an undiagnosed behavioural condition, such as ADHD