There could be a pigs in blankets shortage this Christmas

THIS Christmas, we could face shortages of staples such as pigs in blankets and brined gammon, the meat industry has warned.

Labour shortages, particularly with fewer people coming from overseas, mean that there aren't enough workers to carry out some of the more fiddly tasks that bring Christmas to life. 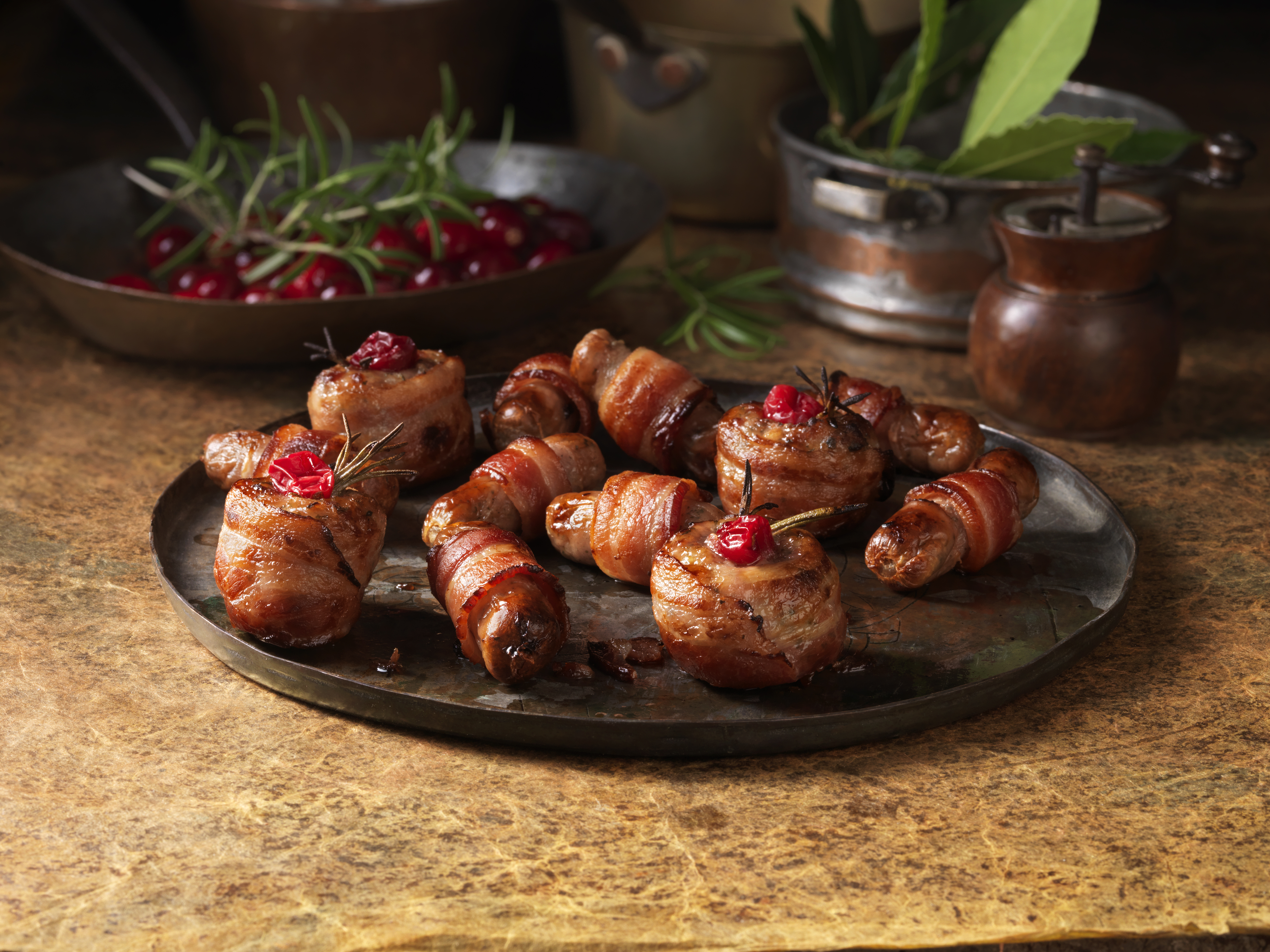 The British Meat Processors Association says this could result in some of our festive favourites vanishing from the shelves.

For instance, pigs in blankets need to be rolled by hand, and the BMPA is concerned that there might not be sufficient labour to carry this task out.

Brined gammon and devils on horseback are among other items that could be affected.

Chief executive, Nick Allen said: "When it comes to Christmas, we often want our meat to be a bit special.

"The classic example is pigs in blankets. These are incredibly fiddly and very labour intensive.

"Packing plants need 10-15 per cent extra labour to get everything ready. And this is a challenge at the moment because of Brexit."

60 per cent of the workers in UK meat plants comes from other countries and at times like Christmas, the seasonal demand for staff is even higher.

The shortages aren't just Brexit-related, although the uncertainty is making the issue worse.

HOW TO SAVE MONEY THIS CHRISTMAS

GETTING cold feet over your festive food bill? Here's some of the best ways to save

It is not yet certain where shortages may appear or what lines will be affected, but the BPMA says that it's likely to be some of the more Christmassy products.

Allen said: "The meat industry is trying to juggle, but something has got to give somewhere. There's only so much overtime you can ask workers to do.

"It's all the little extras that make it Christmas which create the extra work, and that's where we're struggling."

One good piece of news is that your turkey is unlikely to be affected by the labour shortages – at least for this year.

The British Poultry Council has said that while it is also struggling with staffing, the industry is well prepared for this December and there shouldn't be any gaps on shelves in the coming weeks.

But the BPC has warned that unless there is some certainty over the future of Brexit, we could have problems in the coming years.

60 per cent of the poultry workforce (24,100 people) are EU nationals and every year there are 7,200 vacancies that need to be filled with non-UK workers.

The council is warning that unless that quota can be filled, the cost of chicken, turkey and other birds could shoot up.

The BPC's Shraddha Kaul explained "Finding sufficient labour is becoming a massive challenge for the poultry meat sector as the uncertainty around Brexit is prompting many of our workers to seek jobs in other countries.

"In order to guarantee access to safe, affordable and nutritious food in the coming years, the government must ensure that food producers have continued access to labour."

"If these vacancies cannot be filled post Brexit, [it] will have a significant impact on the production of, and therefore cost of food."

In October, there were already 247,000 vacancies across the retail, hospitality and entertainment industries – the biggest festive recruiters, almost 30,000 more than this time five years ago.

And Christmas could be more expensive than ever this year, as the cost of a turkey has risen by 11 per cent.

To dodge the hikes, befriend your local butcher and use our top tips to make big savings on meat,