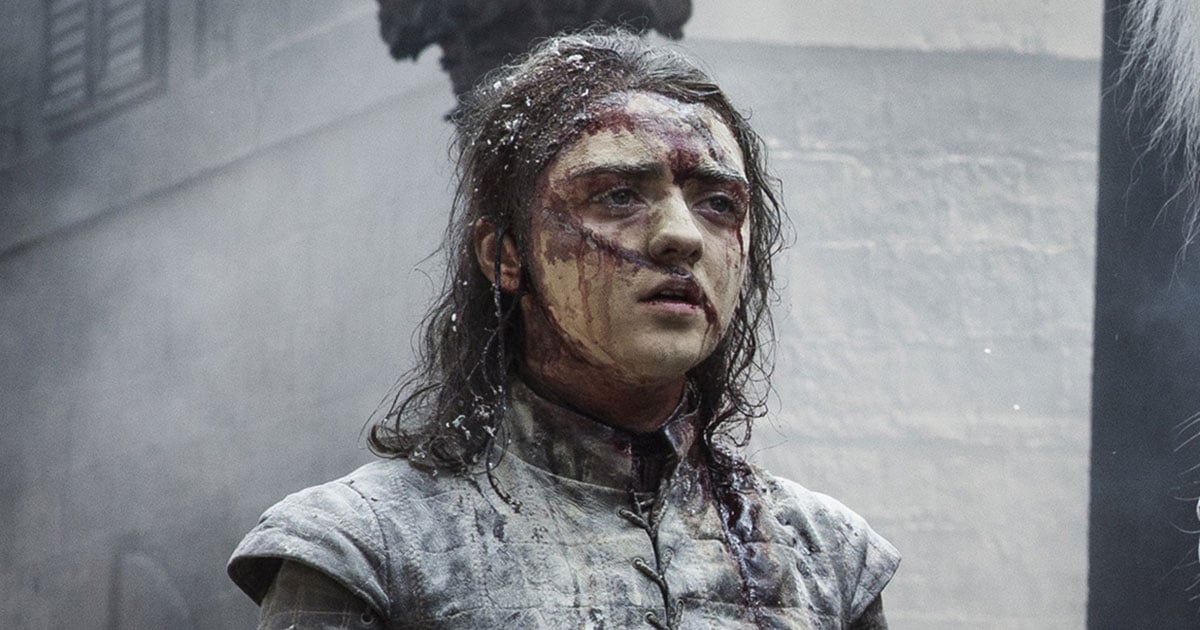 Warning: some Arya-related spoilers for Game of Thrones ahead!

Arya Stark’s infamous kill list has been a staple of the character for most of her time on Game of Thrones. Although the young assassin has made a few amendments here and there — she gives the Hound and Beric Dondarrion a pass, and seemingly forgets who Melisandre even is until bumping into her at Winterfell in season eight — the list of people who have wronged her family has kept Arya fueled with equal parts rage and revenge.

By using a few tricks from the time she spent at the House of Black and White, she’s able to cross a few names off the original line-up and avenge her family, dispatching men like Lord Walder Frey and Ser Meryn Trant. Since most of the others, like Cersei and Joffrey Lannister, die in ways out of Arya’s control (getting buried alive, being poisoned), there’s only one more name remaining: Ser Ilyn Payne. Will Arya be able to take him down while also helping her remaining family members survive the fight for the Iron Throne? We’ll say no.

If you don’t remember Payne, he’s the bald, mute high executioner who has the unfortunate job of beheading Ned Stark in season one. He hasn’t been seen in Westeros (at least on screen) since the 2012 episode “Blackwater.” (Payne only appears in four episodes of the series total.)

There are a few reasons why we likely won’t see Arya take him down in a sudden confrontation, even if she is currently in King’s Landing (or at least she was, until she rode off on that mysterious white horse). First is, given her conversation with the Hound inside the Red Keep as Daenerys’s reign of terror rages outside, it seems like Arya has abandoned her thirst for vengeance. Cersei has always been the No. 1 name on her list, so the fact that she willingly walks away from potentially slicing and dicing her makes it seem like Ilyn Payne is now the least of her worries.

The second big reason is much more simple, and one grounded in reality. The person who played Payne in season one is British musician Wilko Johnson, a talented guitarist who has performed with bands like Dr. Feelgood, The Blockheads, Solid Senders, and more over the course of his lengthy career. In January 2013, Johnson was diagnosed with late stage pancreatic cancer. In an interview with BBC Radio 4’s The Front Row, he revealed his doctors gave him only nine or ten months to live, and said that he was planning on doing a “farewell tour” and recording a final album with The Who’s Roger Daltrey.

But, in an incredibly fortunate twist of events, Johnson’s diagnosis didn’t actually end up being terminal. While attending the Q Awards in October 2014, Johnson was the recipient of the Icon Award and announced that he was “cancer-free” after undergoing surgery. He’s since recovered and continues to make music, but we imagine staying healthy and performing with his band takes top priority over getting murdered by Arya Stark in the series finale.

But hey, crazier things have happened in Game of Thrones, right? We’ll just have to wait and see what goes down in Sunday night’s action-packed episode.