These Trailblazing Women Are Turning Their Ideas Into Positive Action

Turn on the TV, scroll through Twitter or grab a newspaper, and you’ll find yourself immersed in a plethora of voices broadcasting their thoughts and opinions to the world. Depending on the voice you’re listening to, you may feel empowered, uplifted and inspired, or belittled, criticized and attacked. And since we live in a world where so many people choose to spew hate, fear and discriminatory views, we believe it’s critical to focus on the individuals who are countering that negativity in meaningful, actionable ways. And that’s why SHE Media created the Voices of the Year (VOTY) awards — to celebrate women who are using their platforms for good. 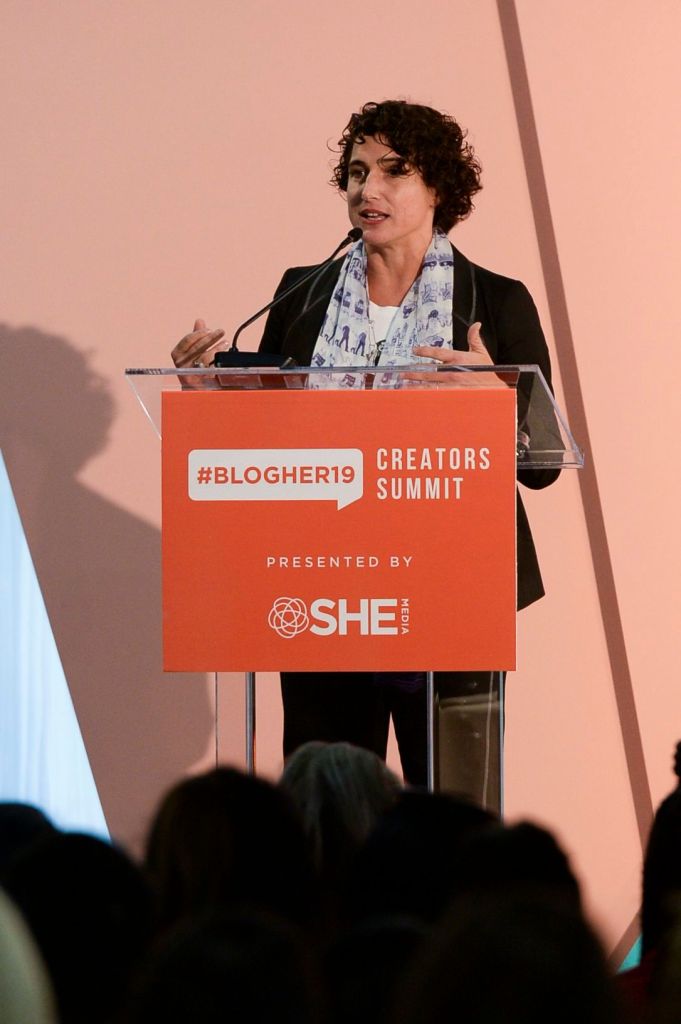 The first award was presented by Nashville star Connie Britton to Alexandra Posen, artist and co-founder of Resistance by Design, a company that allows you to wear your values on your sleeve — quite literally. Posen and her team create T-shirts and scarves covered in empowering, feminist art. (Their HerWave scarf, depicting all the progressive female candidates who were on the ballot last November, was widely covered in the press last year.) When you buy one of these products, you’re not just getting a cool accessory; a portion of each sale goes to organizations that support liberal and progressive women running for office. Posen accepted the Art As Impact award while wearing the organization’s latest For Freedom scarf, which features artistic representations of the moments, movements and trailblazers that have brought about significant progress for women. “Cheerlead the hell out of your friends,” Posen advised the audience. Amen to that, we say. 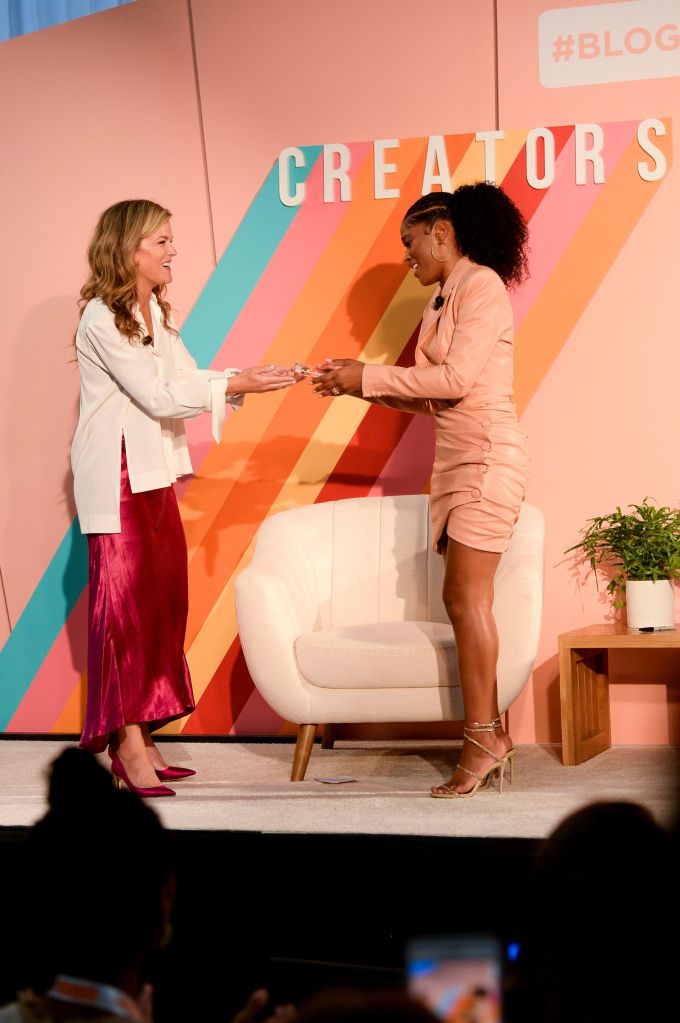 GMA host and star of the hit movie Hustlers, Keke Palmer also attended the #BlogHer19 Creators Summit conference on Wednesday. As a keynote speaker at the conference, Palmer was prepared for a discussion on the importance of inclusion in the media, but what she wasn’t prepared for was receiving the Truthteller VOTY award from SHE Media CEO Samantha Skey, and Palmer’s personal friend, Busy Phillips. Although Phillips could not be there in person, she recorded a congratulatory video that was played for the audience during the conference. Palmer was honored for her dedication to building up women, calling out individuals who marginalize other people and of course, her genuine honesty. 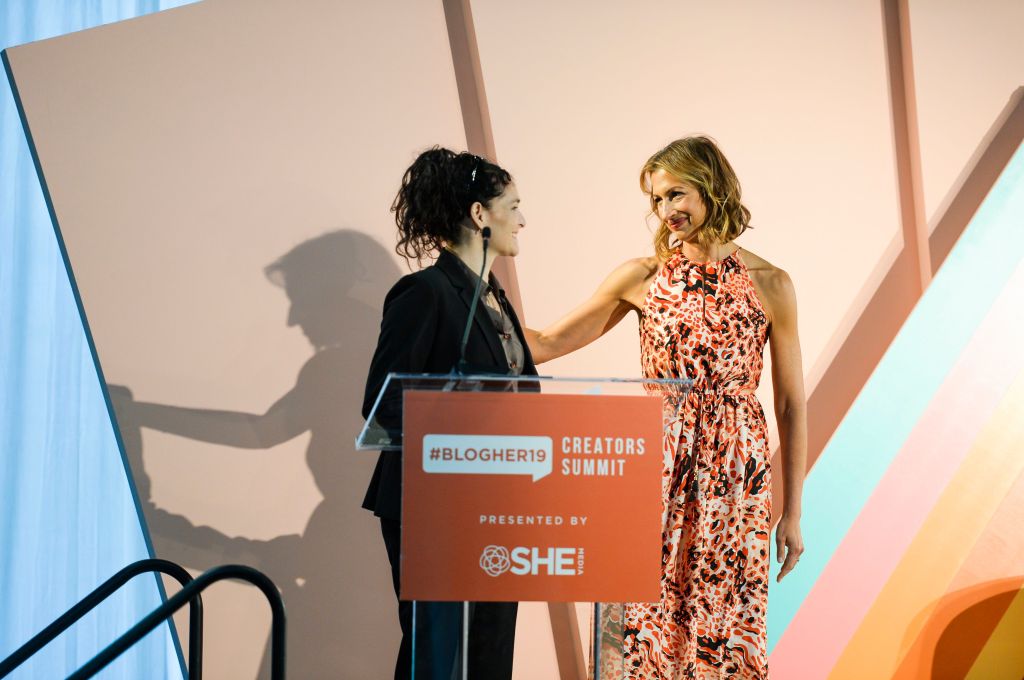 Next up, activist and star of Orange Is the New Black Alysia Reiner took the stage to award Tara Geer with VOTY Award for Impact. Geer founded Action Potluck Sanctuary Neighborhoods, an organization that works with activists and local houses of worship to help families harmed by America’s immigration policies, providing food, education, toys and safe places to stay. Geer and Reiner spoke about helping a family of six who fled horrific conditions in their home country. “I am here now because of the bravery of a mother from Guatemala who did not want to be separated from her five kids,” Geer told the audience. “She took sanctuary in a church in my neighborhood and when the politicians left, the TV crews left and the non-profits left, we needed to fill in.” If you would like to get involved in your own community, you can visit Sanctuary Hood to learn about opportunities to donate and volunteer. 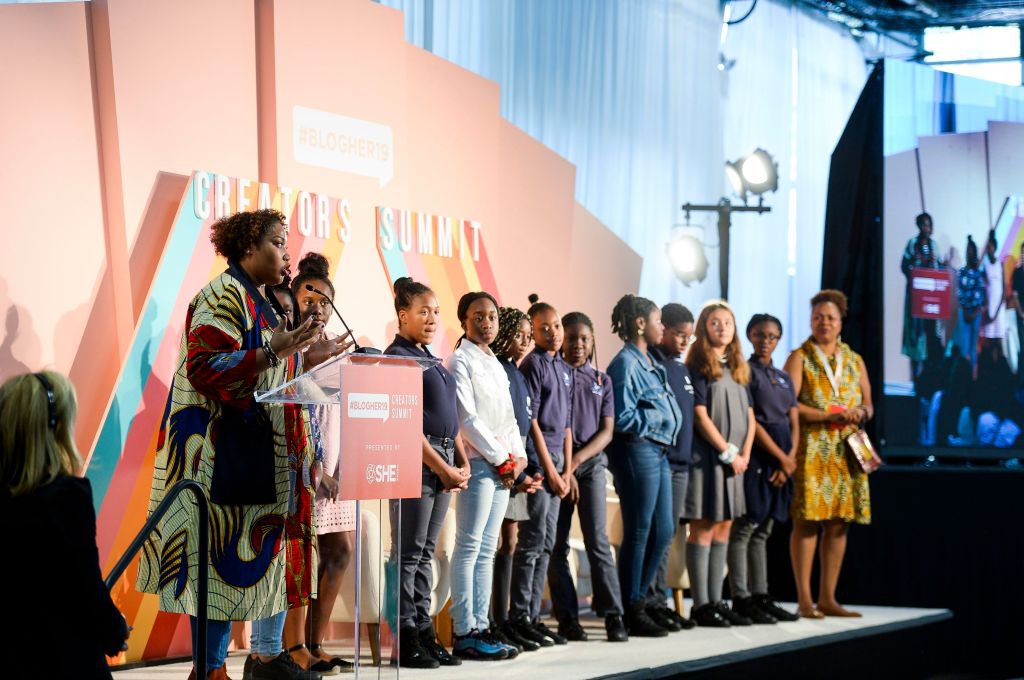 Reshma Gopaldas, head of video content here at SHE Media, presented J Marcelle Lashley-Kabore with the Trailblazer Award for her work with Girls With Knowledge (GWK) — an organization that provides resources of empowerment to the most marginalized girls and women around the world. Lashley-Kabore works closely with these young girls (or goddesses, as she calls them) to provide education and access to opportunities that would otherwise be unavailable to them. She invited some of the young girls in her organization up on stage with her to accept the award. 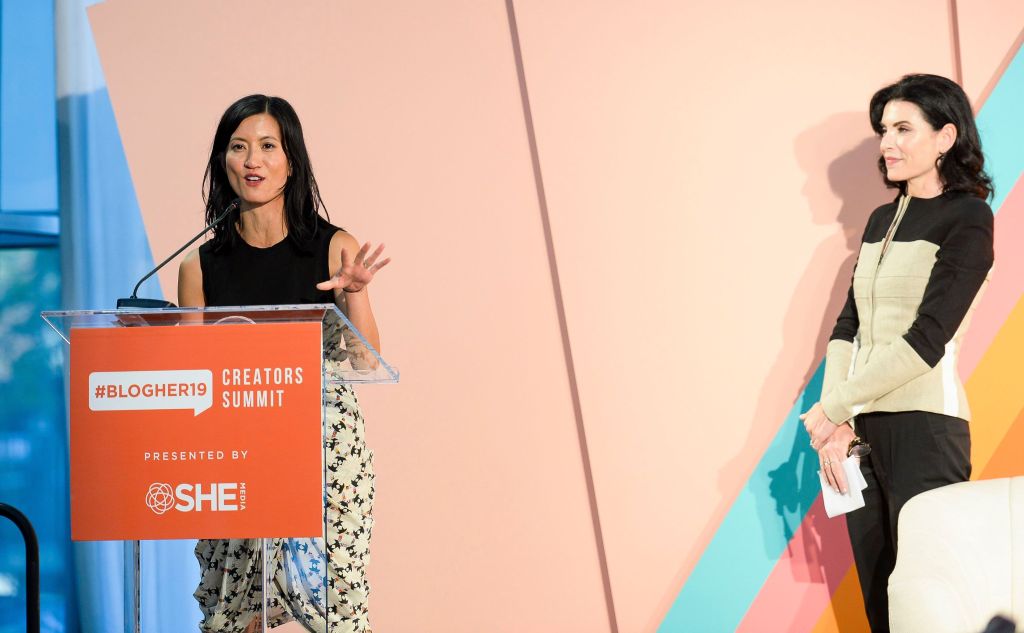 We all know and love Julianna Margulies from her roles on ER, The Good Wife, The Hot Zone and more, but on Thursday, she joined us at BlogHer not to talk about herself, but to present her friend and writer Joanne Ramos with the Storyteller Award. Ramos’ best-selling debut novel, The Farm, is a heart-wrenching tale about a luxury “retreat” where young, vulnerable women — many of whom are immigrants in impossible circumstances — are paid to act as surrogates for a wealthy and mysterious clientele. The book, which has been celebrated worldwide, explores many complex and layered themes surrounding motherhood, and Ramos’ two children were in attendance as she spoke with Margulies. “Unless jobs are paid, they are not acknowledged in our society, which is why I think motherhood is so under acknowledged,” she said. 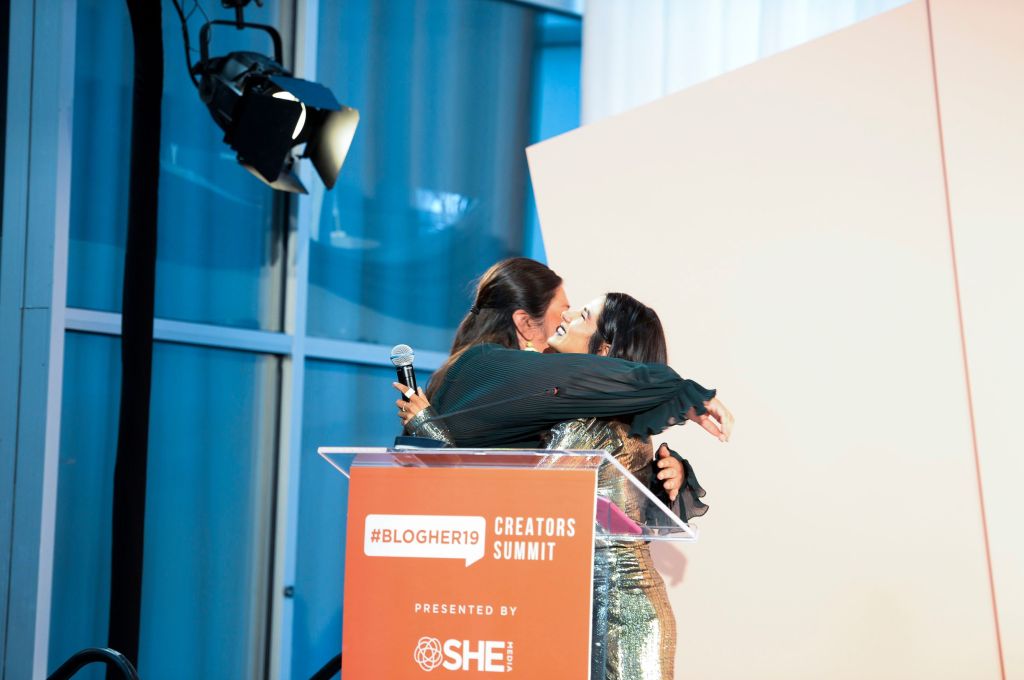 Before the #BlogHer19 Creators Summit drew to a close on Thursday evening, Diane Guerrero — another OITNB alum — presented the Changemaker VOTY Award to Monica Ramirez. Ramirez has spent the last two decades working to eradicate gender-based violence against Latina farmworkers and immigrants, while simultaneously empowering these women and advocating for their rights. She is an author, civil rights attorney and activist, and also created the first legal project in the US focused on addressing sexual harassment and other forms of gender discrimination against female farmworkers in 2003. Guerrero said it best when she told the audience, “People like [Monica] are the people we need running shit.” 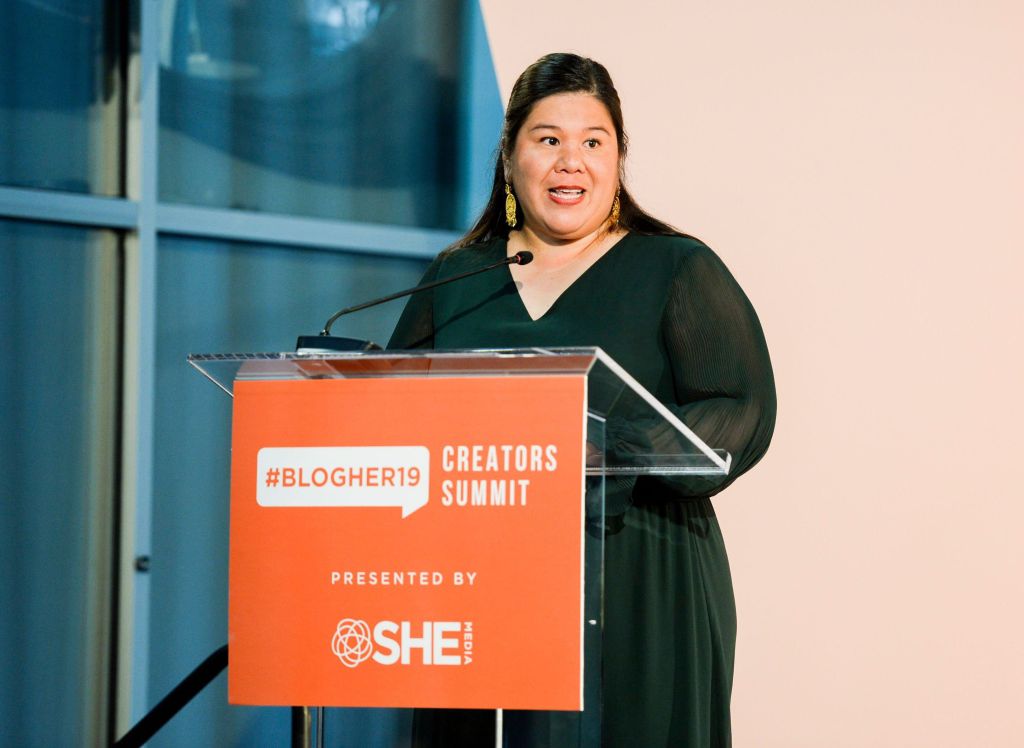 Congratulations to all the recipients of the Voices of the Year awards!