They Have a Type! Lili Reinhart, Camila Mendes Joke About Dating Costars 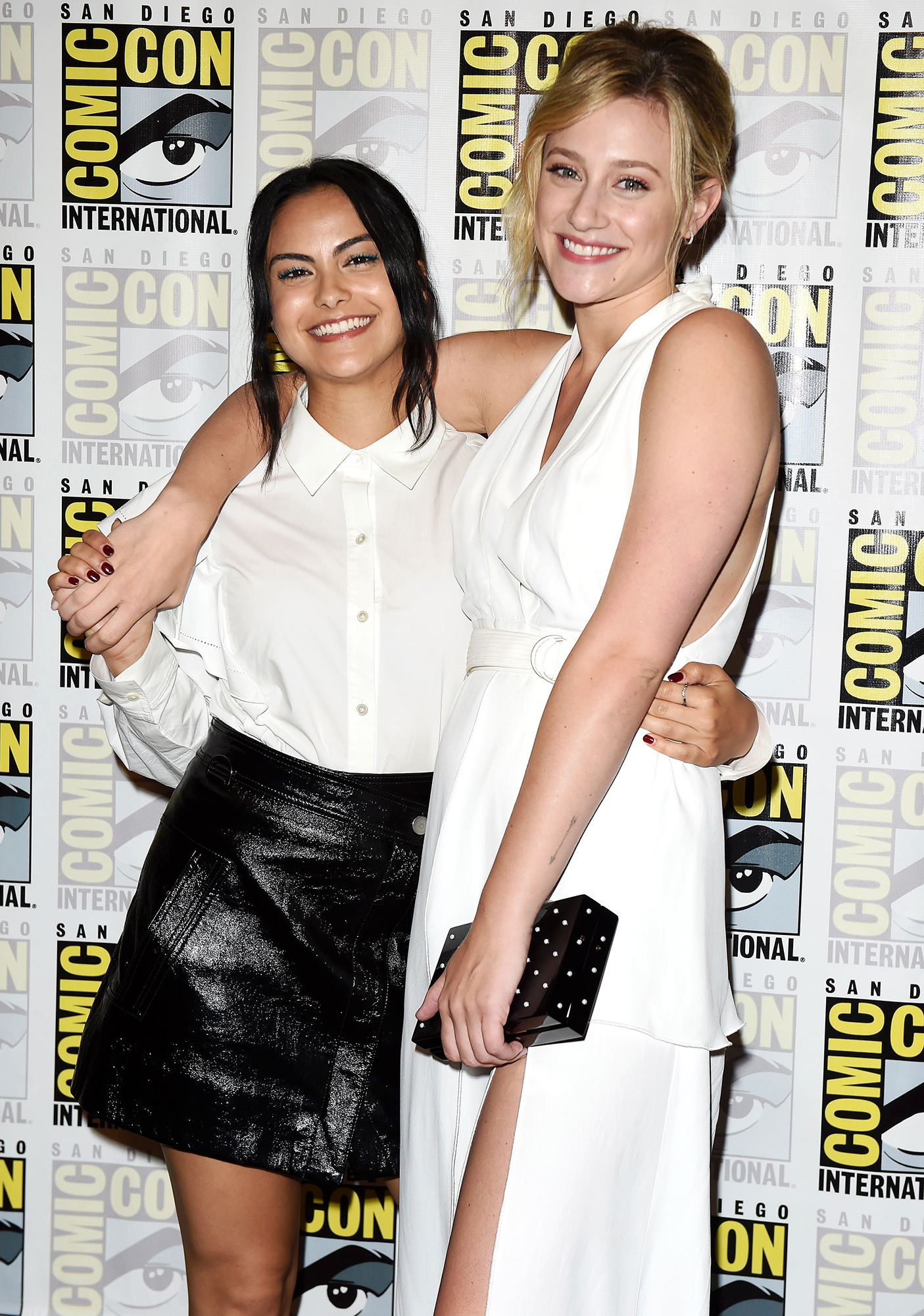 Everyone has a type! Lili Reinhart and Camila Mendes aren’t afraid to make fun of themselves — especially when it comes to their love lives.

Celebrity Exes Who Worked Together After the Breakup

The Riverdale actresses took to their joint TikTok account — which they also share with costar Madelaine Petsch — and put their own spin on the viral Reading Rainbow trend. “Us trying to figure out how to date people we don’t work with,” the clip’s text read.

In the video, Reinhart, 25, and Mendes, 27, floated in outer space as the Reading Rainbow theme song played in the background. “#readingrainbow ❤️ #learninglessons #growing,” they wrote in the caption.

Fans were quick to join in on the fun in the comments, with one user writing, “You did not just call yourselves out like this😭😂.” Another viewer praised the twosome for not taking themselves too seriously, while a different follower confessed, “I don’t blame y’all, your co workers [sic] are attractive 😭.”

Reinhart and Mendes have starred on the CW drama since its 2017 debut. The Swimming Lessons author sparked a romance with costar Cole Sprouse that same year, while the New York University grad began dating Charles Melton in October 2018. Both couples have since called it quits, and their respective breakups brought the women of Riverdale closer together.

“We all got out of relationships at the same time and then went through this [coronavirus] pandemic together,” Mendes told Paper Magazine in April 2021. “And now we’ve been bonded by how much change has happened. Me, Madelaine and Lili, specifically, we’ve never been closer than we are this season.”

The Palm Springs star also mentioned Petsch, 27, who split from Travis Mills in February 2020 after nearly three years together. “It’s really nice to have them, to feel like I do have friendships here — meaningful ones,” Mendes added.

Reinhart, for her part, reflected on the end of her relationship with Sprouse, 25, in August 2020 and described her post-split life as a “black tunnel [that] was never going to end.”

Celebrities Who Found Best Friends in Their Costars

She told Refinery29 at the time: “I couldn’t see the light. I was like, ‘I feel like I’m dying. It was f–king rough, and there’s no other way through it than just through it.’ I’ve seen a lot of people when it comes to heartache and grief and breakups, and they try to get that void filled with sex, with coke, with food, with drinking, [but] the void is still there. I took the road less traveled and just dealt with my s–t. I had to face my own pain head-on.”

Riverdale is currently in its sixth season and was renewed by the network for season 7 earlier this month. While dishing on her close bond with Reinhart and Petsch last year, Mendes exclusively told Us Weekly how the trio stay in touch when they aren’t on set in Vancouver.

“I wouldn’t say we FaceTime a lot because we are around each other so much, so there’s really no need. Our group text is active. There’s a lot of TikToks being sent back and forth,” she said in April 2021. “We’re always texting each other when personal things happen. We very much lean on each other.”