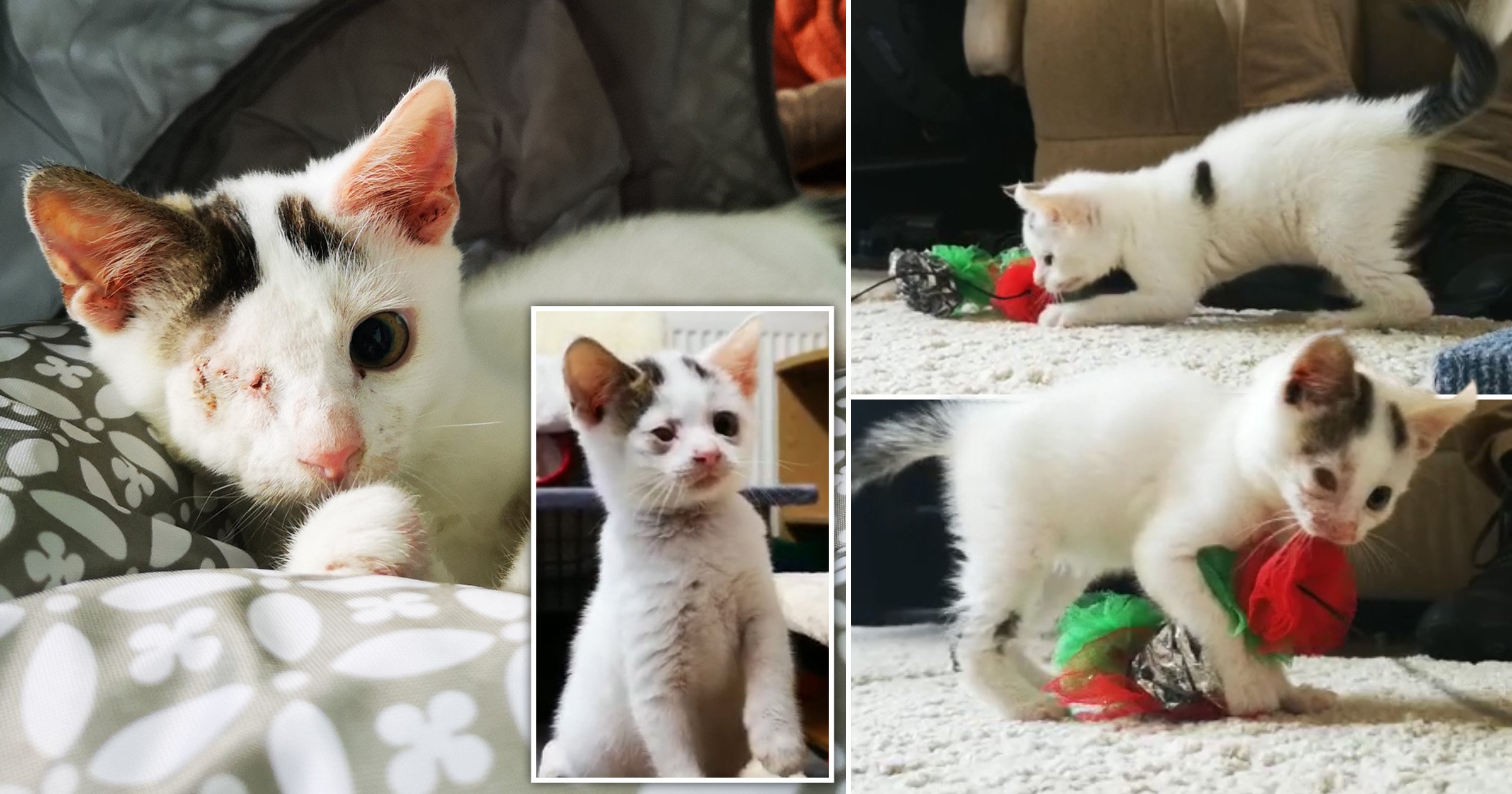 When little Osho the kitten was found in a scrapyard, he was ‘covered in dirt, underweight and infested with fleas’.

The former stray also had a painful ruptured abscess on his right eye, which ultimately needed to be removed by the team at animal welfare charity Blue Cross.

Staff named him Osho because his raccoon-like tail reminded them of Studio Ghibli character from Pom Poko.

It took weeks for Osho to recover, but now the kitten’s on his way to pastures new, having been reserved for adoption just in time for Christmas.

On what happened after he was found, Carys Curwood, an animal welfare assistant at Blue Cross’ Newport branch, said: ‘We bathed and treated his eye and had to wait a few weeks until he was strong enough to have it removed.

‘He’s a brave little soul and is thriving despite his ordeal.

‘He’s now up to an ideal weight for his age, has an incredible appetite and spends his days racing around playing with his toys.’

Carys gave the little guy round-the-clock care at her home ever since he came into Blue Cross’ care.

She said: ‘He’s such a cutie. I’m not surprised we’ve been able to find him a new home so quickly.

‘We wish him a lovely Christmas in his new home.’