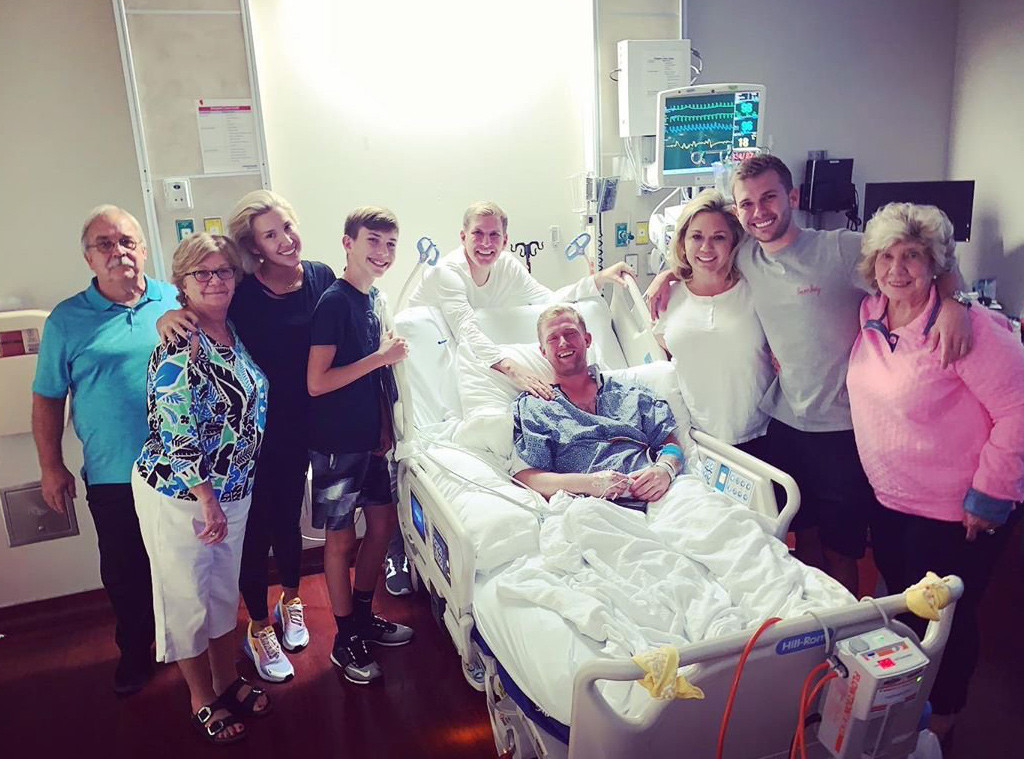 As the Chrisley Knows Best star faces a legal battle after being indicted for tax evasion and other financial crimes, it appears one of his sons has experienced a health scare.

On Wednesday afternoon, the reality star shared a photo from what appears to be a hospital room where his son Kyle Chrisley was receiving care.

“NOT TODAY SATAN, NOT TODAY… God shows up and shows out, now won’t he do it?” he captioned the shot.

The picture also marks the first time fans of the famous famous have seen Todd with his immediate crew since his indictment. Savannah Chrisley, Chase Chrisley and Grayson Chrisley all joined in on the photo while Todd’s wife Julie Chrisley and his mom Faye Chrisley stood nearby.

Instead, she took to Twitter with a not-so-cryptic post. “Gah, flexing that sympathy card so hard,” she wrote to her followers. “Keep reaching boo.”

Earlier this month, Todd and Julie pled not guilty after being indicted for tax evasion and other financial crimes. They were each subsequently released on $100,000 unsecured appearance bonds.

One family member who has been vocal about his support for the couple is Kyle. Despite being estranged in years past, the 27-year-old recently revealed that he has been able to repair his relationship with his father and family.

“I’m telling you now, with a clear mind, my mom and dad have done nothing wrong! Today, I am sober. I am working, and I am at a good place in my life,” Kyle shared in a Facebook post. “I will continue to stand as a united front alongside my mom, my dad and the rest of my family.”

He added, “My hope is that my sister Lindsie will seek the same forgiveness from my daddy as I have, that he is able to forgive her and that my family will one day be whole again.”