Traveller mother who is priming her daughters, 12 and eight, to be housewives says her sons would ‘laugh in her face’ if she asked them to do chores because they ‘know the difference between what men and women do’

A traveller has admitted her sons would ‘laugh in her face’ if she ever gave them chores to do, since they know ‘that’s not their place’ because they’re boys, while her young daughters are being trained to look after the family home.

Clare Giles, from West Sussex, appeared on last night’s Here Come the Gypsies on Channel 5, and said she was proud to be a stay-at-home mother and is raising her daughters Maddie, 12 and Bonnie, eight, to be the same.

She revealed her sons, Charlie and Matthew, would never help the women of the house with cleaning and were free to play, according to travellers’ tradition.

The mother-of-four was filmed preparing her oldest daughter to look after her own mobile home in the show.

Mother-of-four Claire Giles, from West Sussex, said she was raising her daughters Maddie, 12 and Bonnie, eight, pictured left, to be housewives while her sons were allowed to play around

Mother-of-four Clare said she was raising her children according to travellers’ tradition.

‘If I was to ask Matthew of Charlie to tidy up, they’d probably laugh at my face and tell me “that’s not what I do, I’m off shooting”,’ she said.

‘They know from a very young age the difference between a man and a woman in our culture and what they do,’ she added.

‘The man will go out and obviously he’s the bread winner he keeps his family and it’s up to the wife to keep the family home clean, decent,’ Clare said, while scrubbing her bathroom sink.

‘A woman’s place is the home, here in our community, that’s it,’ she added. ‘I got children ranging from the age of five to 12, it’s not going to stay clean, you can’t keep children from playing or eating.

‘I’m constantly on my toes picking up after them, I follow them around with a rag,’ she said. ‘It’s important for us to know that our homes are clean, anyone turns up, you got a clean house.’ 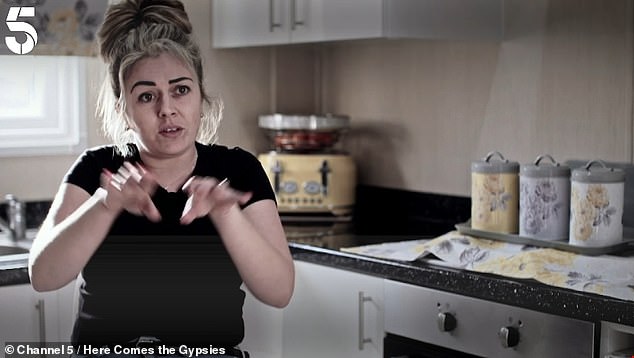 Clare added that she didn’t want to work, and was proud to be a stay-at-home mother: ‘I like staying here, cleaning up, making my house nice for our children, that’s our way of life.’

Clare revealed what her daily schedule looked like, explaining: ‘Wash, breakfast, kids to school, back, clean up, washing, back to school, home, dinner, wash up, clean up, bath, bed.’

The mother-of-four and her husband have bought their own plot of land and received planning permission from the council. 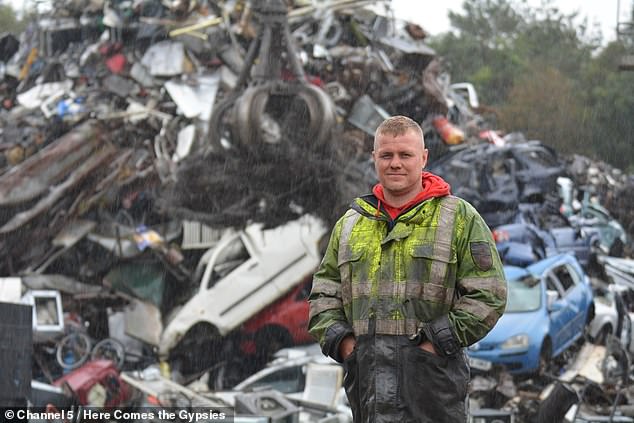 Elsewhere in the show, father-of-one John Dowd worked as a scrap metal collector and hoped to make enough money to buy his daughter Maya a present

While her sons were able to play the games they wanted around the family’s plot, Clare’s daughter Maddie and Bonnie had to learn to cook and clean just like their mother.

Straight from school, Bonnie had a list of chores which included mopping the floor, helping Clare with the cooking and making the beds.

Meanwhile, at 12, Maddie was ready to go one step further in her independence, and needed to prove to her mother she could look after her own mobile home.

‘By the age of about 13, you’re kind of expected to have your own independence, that’s when you can look forward to get your own home,’ Clare said.  ‘I did it at her age, and she’s ready to go.’

But before she could get her own home, Maddie had to clean all her mother’s home in just 60 minutes and bake a tray of cakes to prove she could cook by herself.

Watchful mother Clare observed Maddie clean the kitchen and bake a tray of cakes, joking she would probably had done things differently.  ‘Worst case scenario she burns it down,’ Clare joked. 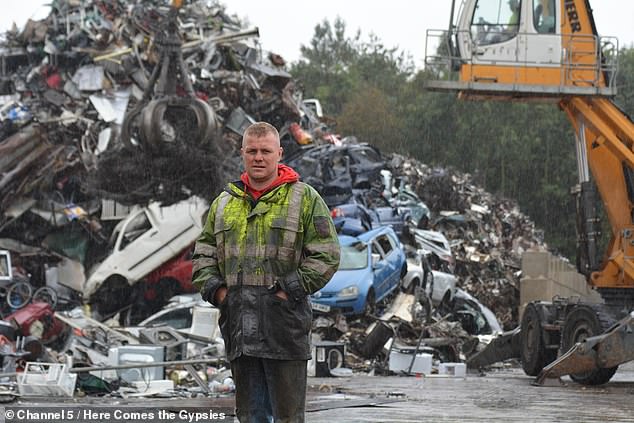 But at the end of the test, the mother-of-four agreed that her 12-year-old was ready to have her own home.

Meanwhile, father-of-one and sole family bread-winner John Dowd revealed how he scrapped metal to put food on the table.

John, whose wife Connie looked after their daughter Maya, said he wanted to give his daughter ‘the world’.

The doting father wanted to scrape enough metal to buy Maya a status symbol for traveller children: a plastic horse and cart.

‘My little girl, when she was born it changed my whole world,’ he said. ‘It’s the best feeling in the world to know that’s your little girl and you don’t have to give her back.’

While he said his family wouldn’t have been able to afford this when he was a child, he said he wanted to give Maya the ‘world,’ and that he would ‘give [his] baby girl his last breath.’

After falling short after collecting aluminium and copper scraps, John had to double his efforts to buy the special gift and delight his daughter.