Travis Barker made his triumphant return to the stage Wednesday night during Machine Gun Kelly’s star-studded concert in Los Angeles.

The Blink-182 drummer, 46, made a surprise appearance midway through MGK’s “Mainstream Sellout Tour” show, hopping on the drums to perform the title track from “Tickets to My Downfall” and “Bloody Valentine.” The performance marked his first since being hospitalized with pancreatitis late last month.

“There’s a person I grew up idolizing that I became friends with and he believed in me. And never more have I wanted to jam to a song that he and I created. LA’s own Travis Barker, make some noise for him tonight,” MGK, 32, exclaimed, as Barker emerged to applause from the crowd.

“You know a fun fact is that Travis is not supposed to be playing drums right now but guess what he’s doing here? Playing drums right now!” MGK (real name: Colson Baker) continued. “Trav, I know we agreed to one song but I would be remised if I did not ask you to play ‘one more song.’” 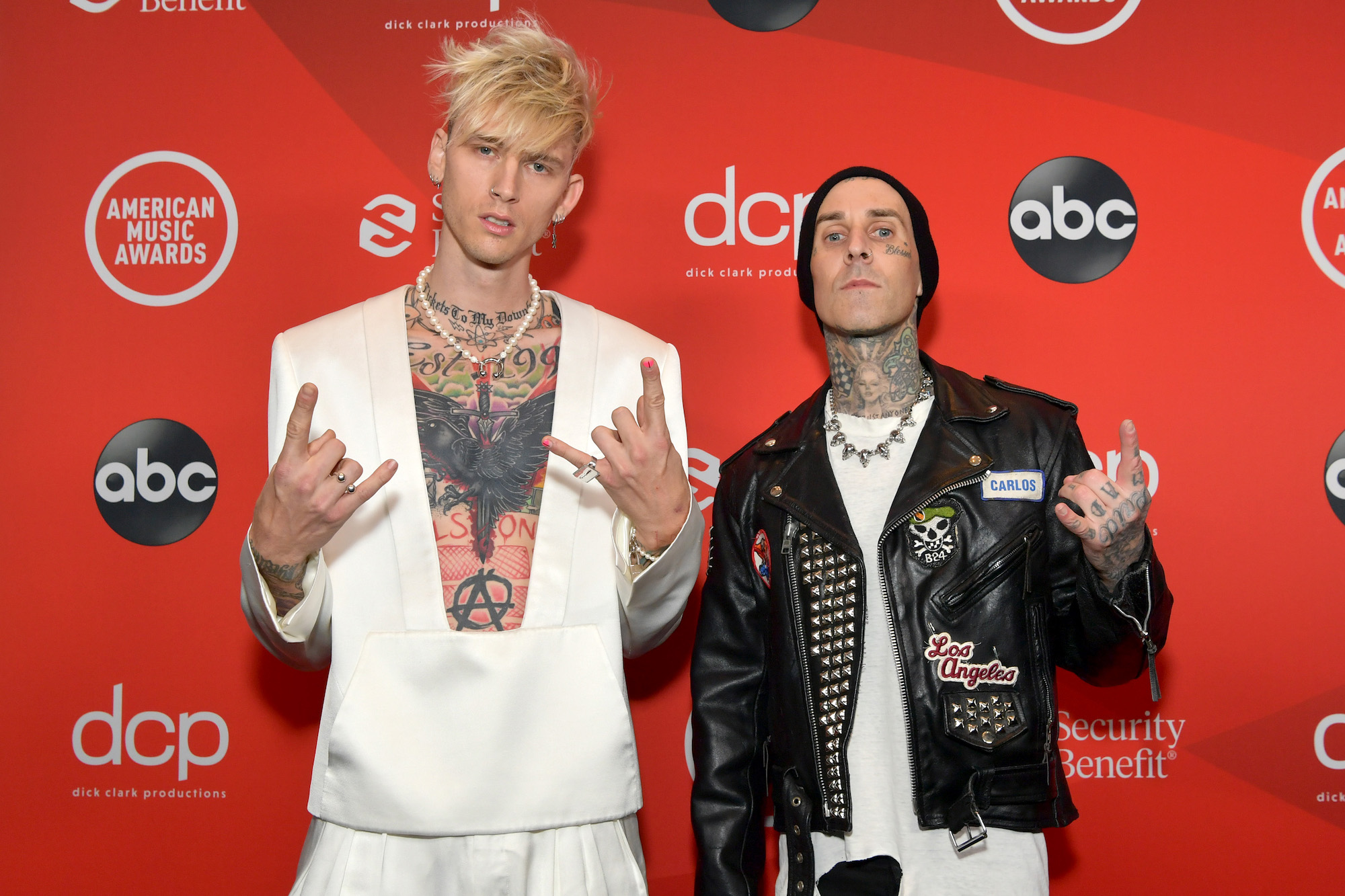 Barker’s new wife, Kourtney Kardashian, was there to show support for his stage return, along with MGK’s fiancée, Megan Fox. The “Papercuts” rocker dedicated his last song, “Twin Flame,” to the 36-year-old actress, telling the crowd, “This song is for my lady.”

Barker’s appearance wasn’t the only epic surprise MGK pulled out for his LA fans, however. After making a jaw-dropping entrance in a black-and-pink helicopter – complete with a shout-out to Tom Cruise’s “Top Gun,” naturally – the rocker performed “Born With Horns” and God Save Me.”

“Los Angeles, I want to see you lose your f–king s–t!” he said, shortly before fans started chanting his stage name. “This is one of those venues I would buy tickets to … I watched all of these legends perform here and I’ve always dreamt of performing here.” 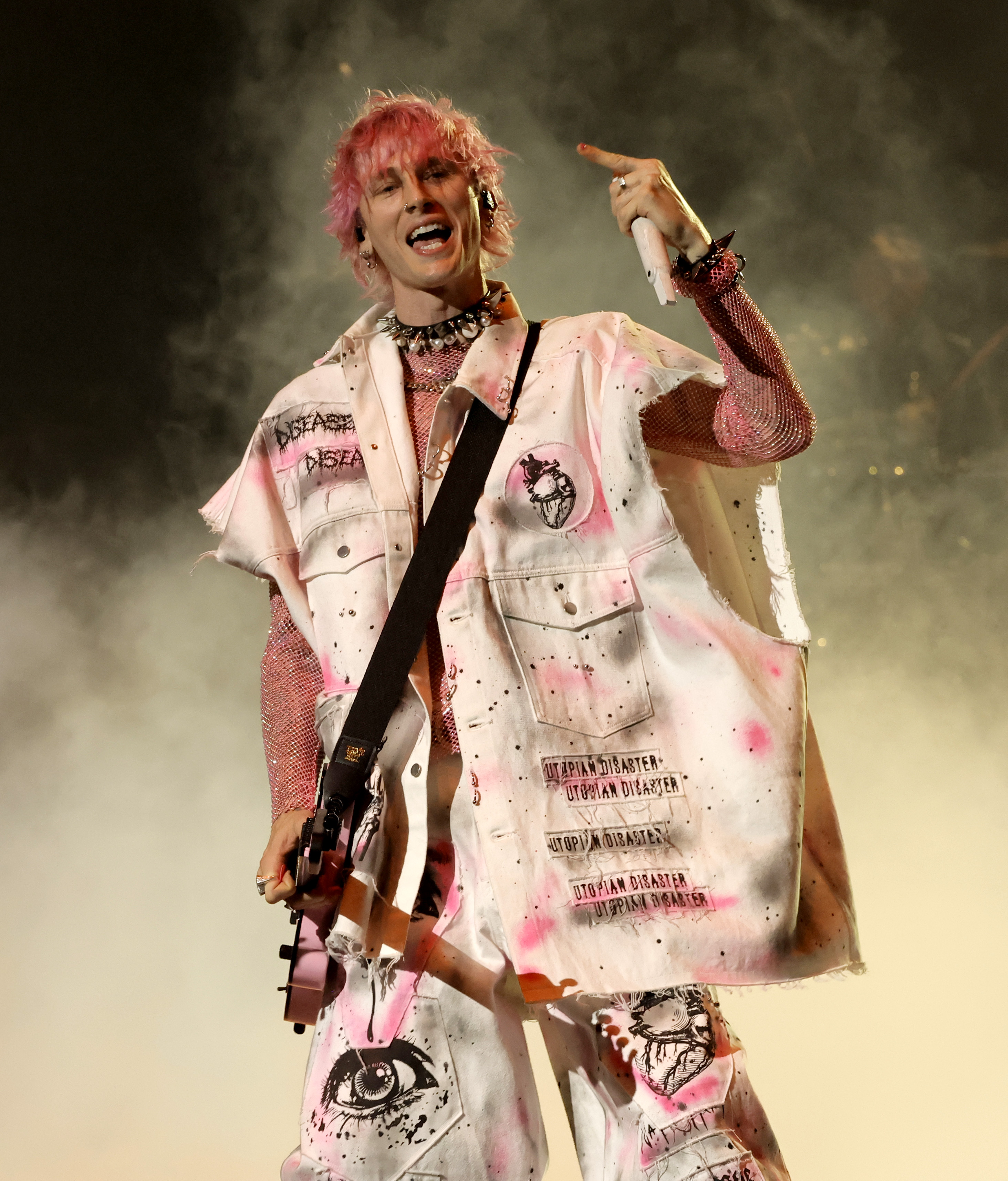 MGK then informed the crowd that he’d be bringing out some of his “best friends tonight” – and delivered on that promise.

“Tonight, we got a dream come true, and we got a f–king insane show for you tonight!” he raved. “We’re at the motherf–king Forum tonight, bitch!”

While the crowd was on their feet for the duration of the packed show, the venue lit up – literally – when Lil Wayne made a surprise cameo. 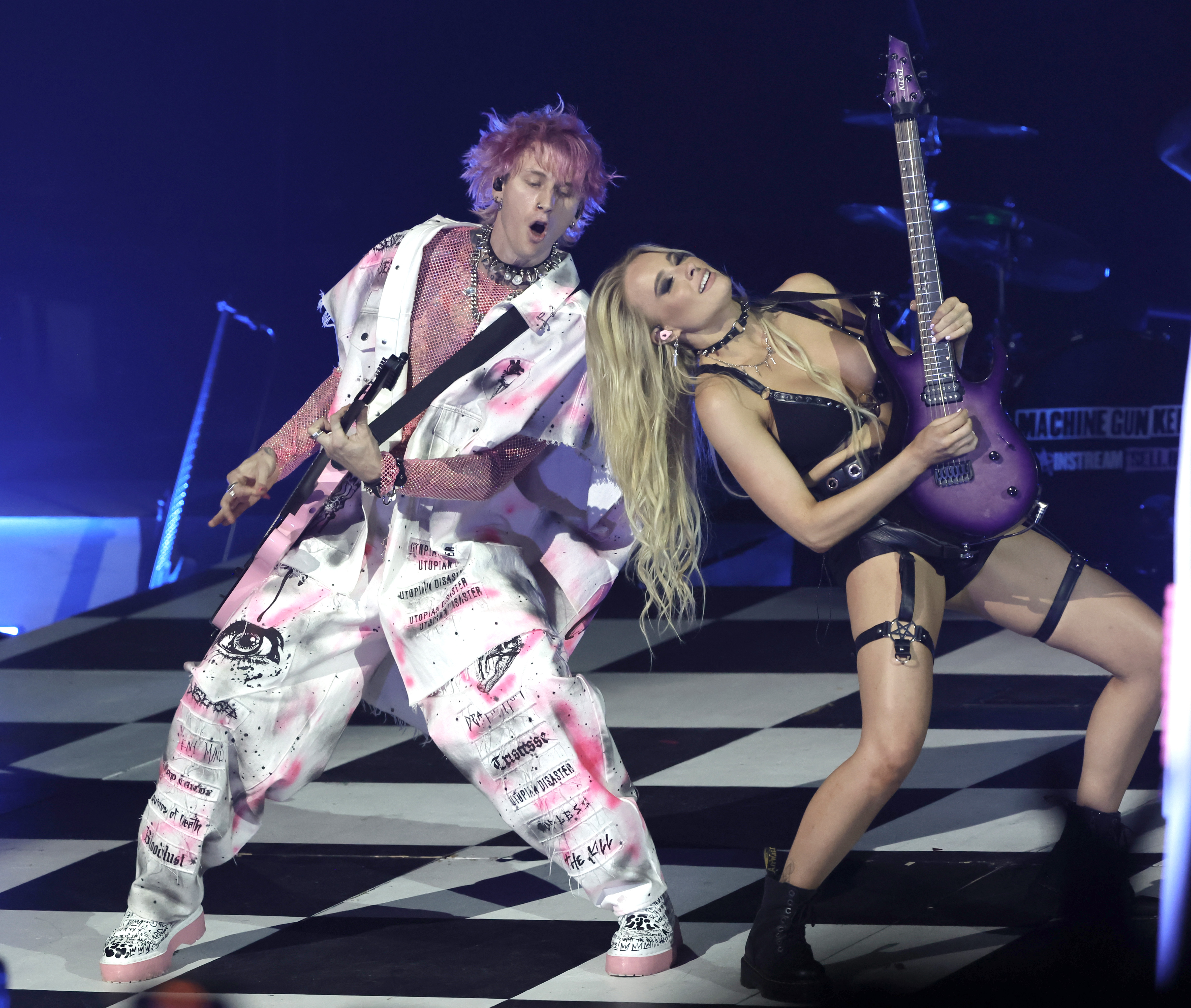 “Dreams come true and it’s like we’re watching it all f–king night,” MGK said after Lil Wayne exited the stage. “It’s so sick!”

Willow and Avril Lavigne, who opened the show, also returned to the stage later in the evening to perform “Emo Girl” and “Bois Lie,” respectively, with MGK, while Halsey and Blackbear joined him for “Forget Me Too” and “Make Up Sex.” 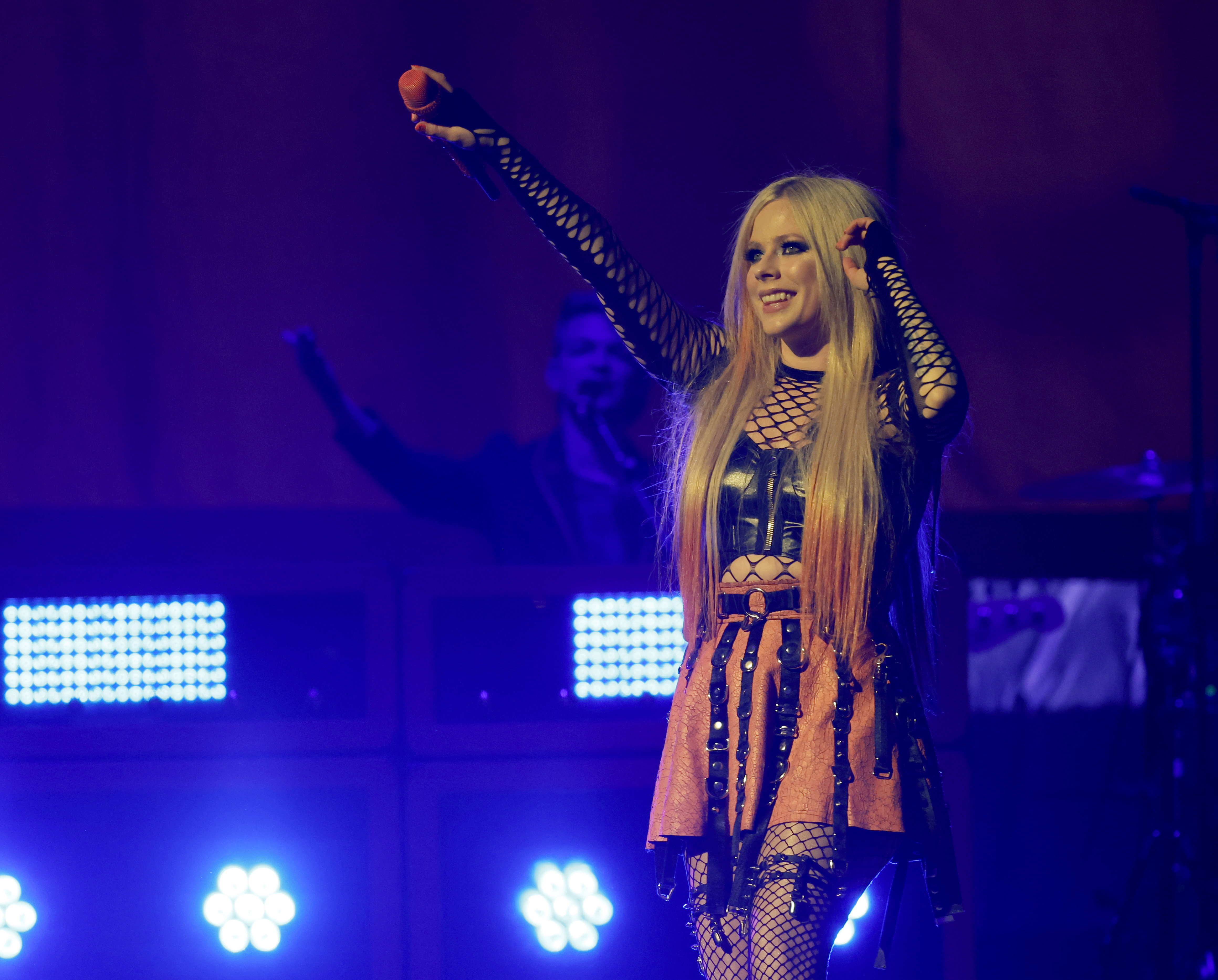 Other celebrity guests in attendance included Barker’s 18-year-old son, Landon Barker, along with TikTok star Addison Rae and her musician boyfriend Omer Fedi, who all watched the show from a VIP area of the venue.