Television star Nadiya Hussain has hit back at Twitter trolls for ‘belittling’ her over her new BBC documentary, in which the Bake Off star opens up about her crippling anxiety.

After being hit with a deluge of negative messages – including one which told the star she wasn’t qualified to talk about mental health – the cookery presenter responded with a volley of strong-worded posts.

Hussain, who shot to fame in 2015 after winning the then-BBC baking show, has spoken out frequently about her battles with the ‘black hole’ that is anxiety. 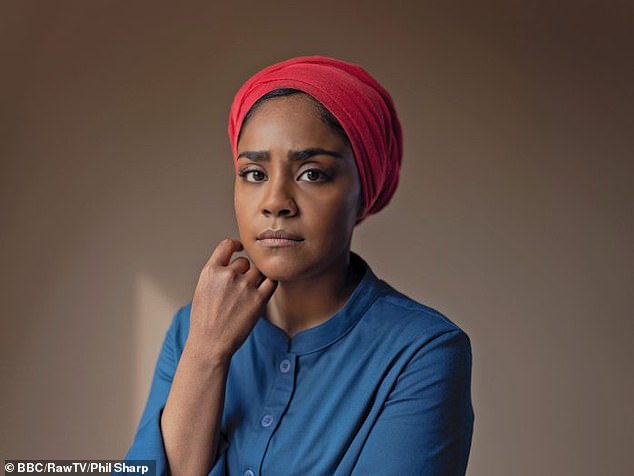 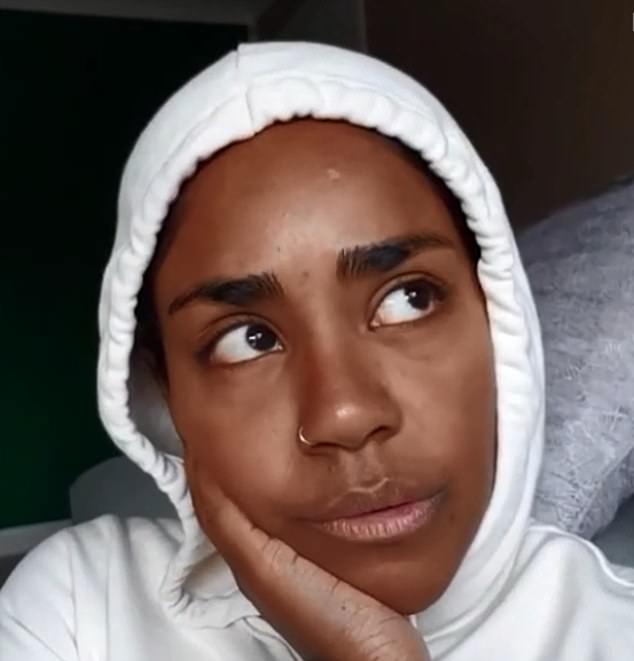 The 34-year-old mother-of-three, seen above discussing her anxiety battle in a video, hit back at the negative tweets from @jeanetteirwin20, saying if ‘she can dish it out, she can take it’

In her new programme, Nadiya: Anxiety and Me, which airs next week, she reveals she has suffered from panic attacks for most of her adult life after bullies ‘flushed her head down the toilet’ at school.

After tweeting about the show, the star has faced a barrage of negative comments and engaged in a war of words with Twitter user @jeanetteirwin20 who told her ‘certain health issues’ should be dealt with by professionals not a cake baker who won a tv show’.

@jeanetteirwin20 then went on a rant asking Nadiya if she would like her to educate her on a wide range of social issues including addiction, knife crime and epilepsy.

Clearly furious at the comment, Nadiya, 34, issued a riposte in the form of a string of tweets. 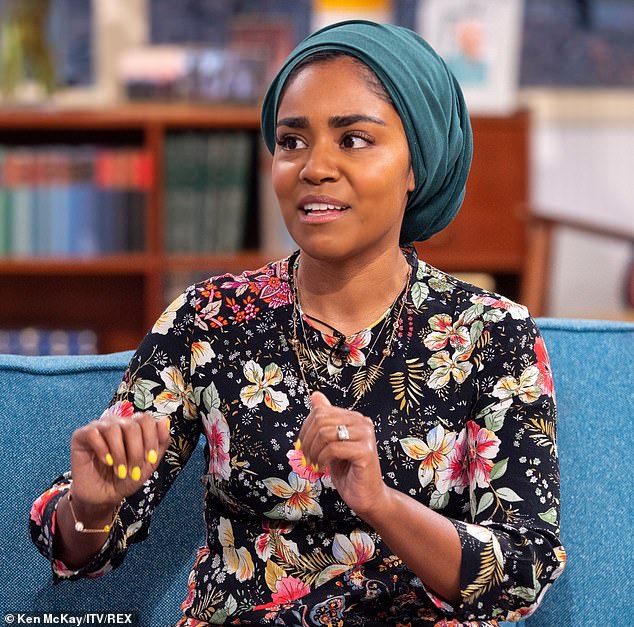 In Anxiety and Me, Hussain has opened up about suffering from panic attacks for most of her adult life after bullies ‘flushed her head down the toilet’ at school 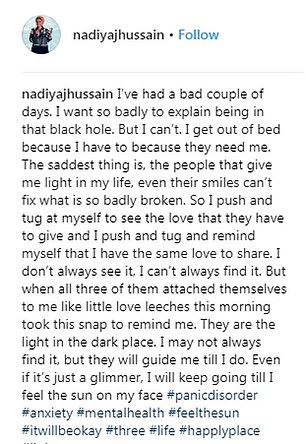 She raged: ‘People like her add to the problem. I won’t shy away from her ignorance. If she needs educating, she can get it on here. If she can dish it out she can take it. People like her are the reason people with anxiety don’t speak up. I’m not ashamed, we don’t need to be ashamed!’

In other tweets, she added that people ‘shouldn’t belitte people fullstop’ and that she ‘made that documentary because I know how many people it will help and I won’t let you take that away from me or anyone else.’

In the hour-long show for the BBC, which airs on May 15th, she reveals that her episodes are often so bad she feels as if she is ‘going to die’ and something as small as a supermarket substituting a delivery ingredient can set it off.

‘Why am I making this documentary?’ she said. ‘Because I’m selfish. Because I want to get better. And partly because I know that having anxiety is probably one of the most lonely, most isolating things to have because you are your own worst enemy.

‘That feeling of worry is always there, it’s so heavy and it never goes away. I have a panic attack and it feels like I’m going to die.’

Before the programme she had never had a diagnosis. But after seeing a specialist GP, she was told she had high levels of anxiety and was possibly suffering from post-traumatic stress disorder after an incident at school.

Mrs Hussain said: ‘I’ve had this feeling as long as I can remember. I was bullied in primary school for being dark. Last year of school they flushed my head down the toilet. I’ve tried to suppress it and dig deep and push it down.’ 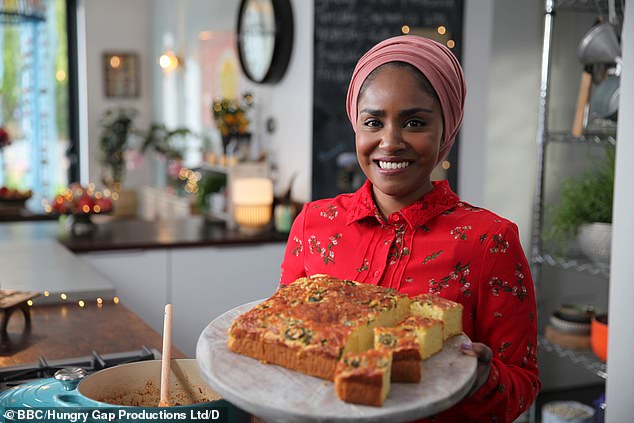 In new documentary Nadiya: Anxiety and Me, the Bake Off star undertakes Cognitive Behavioural Therapy to try and beat the attacks and gets her first ever diagnosis for anxiety

During the episode she undertakes Cognitive Behavioural Therapy to try and beat the attacks.

In one clip, the star baker says: ‘A voice tells me in my head I’m not good enough. I’m inadequate, I’m a bad mother, I’m the worst sister in the world, I’m the most disappointing daughter that ever lived. I can’t appreciate the fact I have beautiful children, a wonderful husband, an amazing family.’

In one session she begins to breathe deeply to control her feelings of panic – to then realise they only exacerbate it by bringing back traumatic memories.

‘It reminds me of that moment when I was hiding under the sink and my head was flushed down the toilets,’ she says.

‘I still have that memory of the water going up my nose and knowing that if they don’t pull me up now I am going to drown with my head in this toilet.’

But following therapy combined with support from her siblings and husband Abdal, she begins to control her anxiety.

By the end of the episode she can present a cooking class to an audience while keeping her glasses on – something she never used to do as she would prefer not to see faces.

She concludes: ‘I know my treatment isn’t finished and I know I’ve got a long way to go but I feel ready for it. I already see little glimmers. So I know there’s hope.’

Nadiya: Anxiety and Me will be aired on BBC One at 9pm on Wednesday, May 15th