Petra Blanksby was just 19 when she killed herself in 2003 while in jail, where she had made more than 90 attempts to harm or kill herself.

Her sister Kirsty Blanksby helped lead a public campaign on her behalf calling for better treatment of mentally ill women – even speaking at a Parliamentary meeting held in the House of Lords.

But Kirsty was also battling psychiatric problems and last November she took a cocktail of anxiety medication.

Following years of self harm she died, aged 34, in hospital after developing pneumonia.

At her inquest in Blackpool, Lancashire this week the coroner recorded a narrative verdict saying Kirsty had made a ''serious attempt'' at self harm but ruled she had not deliberately wanted to end her life.

The twins' problems started when they were just five and their parents divorced and they lived with their mother.

Reports claimed the girls were abused and would be locked in a cupboard with dogs at their home in Buxton, Derbyshire.

When they were nine social services were called in and twins were sent to live with different foster carers but both were admitted to hospital after self harming incidents.

Petra later moved to a children's home and gave birth to a child but in December 2002, she suffered a breakdown and was admitted to a psychiatric unit where she was diagnosed with Borderline Personality Disorder.

In hospital she set fire to her mattress as a 'cry for help' but was charged with arson and remanded to New Hall jail in Wakefield.

Of the 130 days she was in prison on remand there were 92 recorded attempts by Petra to self harm or kill herself.

On November 19 2003, she was found hanged in her cell and died five days later with Kirsty and their father Peter by her bedside.

In 2004 an inquest jury ruled Petra should not have been in jail due to her illness and at the time Kirsty said prison had been used as a ''dumping ground'' for her sister.

“We were not treated as normal people," Kirsty said. "We can’t help it, it’s an illness.

"If someone has a broken leg, everyone runs about after them yet if you have mental health problems people ignore it because they don’t understand.

"Petra was a wonderful mother and daughter, as well as a brilliant sister who always managed to warm the hearts of everyone around her.

"It is simply wrong that she was in prison instead of receiving the necessary and proper help for her deep-seated problems.''

She also went public about her own self harming adding: ‘'The deeper you cut, the better you feel.

The inquest in Blackpool heard how Kirsty, who lived in the resort, had a history of previous suicide attempts and was well known to mental health services.

Her family said she had been self-harming or taking overdoses for two decades but she always went to the hospital.

Last November 15 she took an overdose of Clonazepam with a bottle of Lambrini and was admitted to Blackpool Infirmary but she was discharged after her boyfriend agreed to look after her.

Ambulance crews were called to her rented home on November 25 after she collapsed.

In a statement her boyfriend Michael Walsh said: “She had taken an overdose but had walked out of hospital.

"I went to meet her and took her back to hospital where they said she could go home if someone was with her.

''At home she seemed to be doing well but the chest infection came back and she became ill so I tried to take her to the walk-in centre.

''I held her shoulders as we went down the steps and she went all faint.

"I went to sit her down, the ambulance worked on her for over an hour.

"She had asthma and the chest infection all that combined with the recent weight gain the impact was too much for her heart.

Tests showed Kirsty had traces of codeine paracetamol, Clonazepam and antihistamine in her system.

A post mortem report said the amounts were all below the level of fatality but her pneumonia put ''extra stress'' on her body.

Her cause of death was pneumonia and combined drug intoxication.

Dr Brijesh Desai, consultant psychiatrist at Blackpool Mental Health Team said of Kirsty: ''She had mental health problems since age 14 there were attempts of suicide, she had emotionally unstable personality disorder.

“In 2012 she was transferred to Blackpool mental health services after a move to the area but there were repeated attempts to self-harm.

"She was discharged from a ward back to the community on September 11, 2018 but we said she was on too many medications and I was worried about interactions and risks with alcohol abuse.

“A lot of her meds were pain relief but she really wanted to have the meds because they could help her.

"She was saying: 'I’m too anxious to come for therapy give me medication.' It is better to have therapy in the community.

“The last time I say her alive was during her review in September 11 – the feedback was that she had appeared stable for two weeks without attempts to self-harm.

"But she was frustrated with the ward and she was worried about losing her flat she wanted to be discharged.

''She didn’t want to harm herself anymore and wanted to get better. She had a very good relationship with her landlady she treated her as her own.

"The risks of self-harm and suicide were discussed in review but she appeared positive about her future.

"The difficulty with the condition she had was that her mood constantly changed between wanting to live and wanting to die, it is the impulsivity, sometimes she would be fine for a bit but then take a big overdose.

Recording a narrative conclusion coroner Alan Wilson said: “The pneumonia didn’t develop due to the drugs but she had ongoing respiratory issues.

"I don’t find a fault with her discharge from hospital I think this illustrates some of the complexities that the medical professionals have to deal with in terms of mental health problems.

“Whilst acknowledging all the difficulties an appropriate decision was made in all the circumstances.

"There was a serious attempt of self-harm but I stop short of saying she definitely intended to end her life – she was reckless as to whether her life was going to end or otherwise.''

Afterf Kirsty's death a Go Fund Me page set up in her memory raised £1,000.

A friend who posted it described Kirsty as a ''beautiful angel'' and added: "She died suddenly 15 years and one day after her twin sister Petra.

"Kirsty suffered with mental health issues her whole life yet she was such an amazing kind giving woman who her dad was extremely proud of and loved eternally. 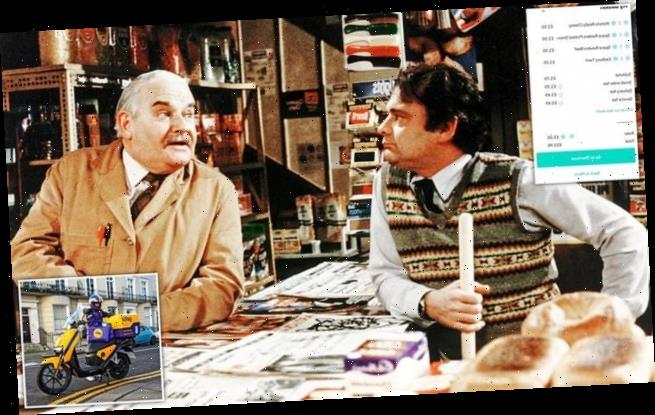