A VIRAL video has shown exactly why you should never use cotton buds to clean your ears.

Experts urge people to avoid the plastic swabs because they push wax further into the ear canal and could cause damage to the eardrum. 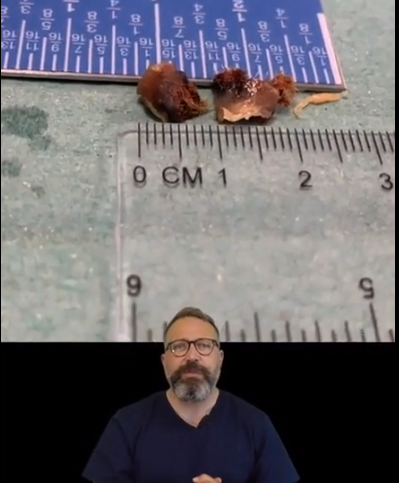 Audiologist Rhys Morris-Barber’s TikTok video, which has amassed almost 11 million views, shows him clearing the ear canal of a poor patient who had been using cotton buds.

He removed two plug-shaped balls of gunk from the ears measuring 2cm together.

One of them had a cotton-bud shaped dent from where the patient had continued jabbing at it to try and unblock their ears.

Viewers said the patient must be able to "hear colours" and "the seasons change" after having the treatment – which is both incredibly satisfying and disgusting to watch.

Rhys, who runs Audiology Associates, a set of clinics through South Wales, said: “We’ve got one patient in this video whose come in feeling really really blocked up on both sides.

“You can see we've got this quite impacted ear wax. Impacted means it's been squished together and hardened up.

“This happens a lot when people use cotton buds, or Q-tips [as they are known] in the US.

“It’s squished all that together and makes it really really hard and kind of compresses it into the perfect shape of the ear canal.

“So this patient’s feeling really blocked up, has been getting some tinnitus, ringing noises in the head as well. But just feeling a bit fed up really.”

Rhys starts attempting to remove the wax using a suction tool – the standard for a professional ear cleaning.

But there isn’t enough power to grab onto the wax, so Rhys gently uses a tiny pair of forceps to peel the wax away from the skin.

The plug begins to wiggle away and as it is drawn out, you see it has a grey base which Rhys says is “dry skin”.

When Rhys moves to the other ear he says: “This shape you have, with this dent in the middle, is classic [of] cotton bud or Q-tip use. It actually puts a dent in the wax when it squishes together.” 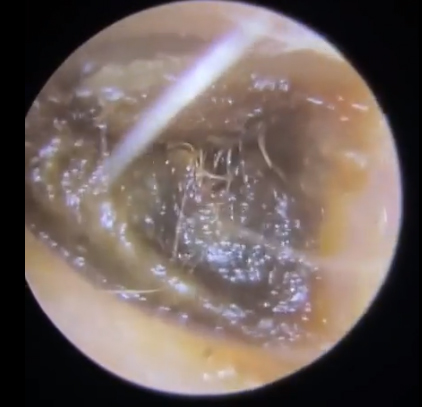 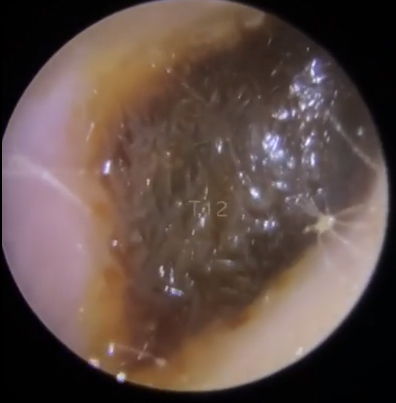 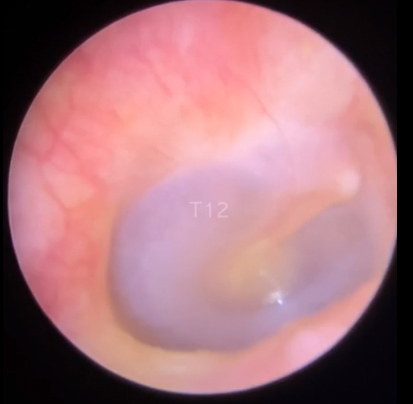 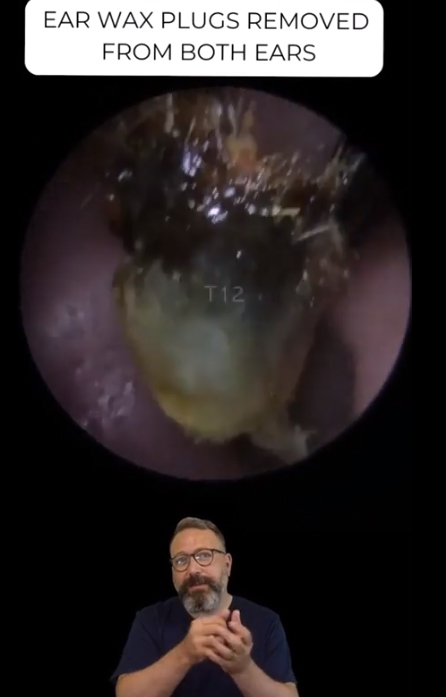 He works away at the plug using his tools before slowly drawing it out and measuring it against a ruler.

Rhys said both ear drums were healthy and the patient felt a huge relief.

But it could have been another story – cotton buds can damage the eardrum.

“They are often used as an easy and convenient method to remove ear wax but can actually cause more harm than good.

"Using Q-tips or cotton swabs can push wax further into the ear canal, which can cause impaction, discomfort, or a rupture in the ear drum."

Experts say ears are self-cleaning and need a certain amount of wax in order to protect the ear canal from bacteria.

If there is too much earwax it will naturally fall out on it’s own.

But if someone feels there is a blockage, the NHS suggests using medical grade olive or almond oil in your ear twice a day for a few days.

You should use a pipette to put three drops into the ear while lying your head on one side. Stay there for a few minutes to let the oil work its way through your ear canal(s).

It’s advised to do it for three to five days and only if you feel your ears are blocked.

See a GP or ear specialist if your symptoms have not got better after five days or you cannot hear because your ears are so blocked.