A lady never tells! Sarah Shahi opened up about filming intimate scenes with her boyfriend, Adam Demos, on Netflix’s Sex/Life and what that iconic full-frontal scene was actually like on set.

Shahi, 41, was asked during an August 10 Instagram interview with theSkimm if Demos, 35, wore a prosthetic while filming that now-viral full-frontal scene during the third episode.

“It’s just not my place to tell,” the L Word alum coyly responded.

She added with a chuckle, “A woman never kisses and tells, and neither does a gentleman, so…”

The Netflix series’ showrunner, Stacy Rukeyser, previously confirmed that Demos filmed that Sex/Life scene himself without a body double.

Everything We Know About a Potential ‘Sex/Life’ Season 2

“No, that’s not a body double,” Rukeyser told Collider in a June interview. “I mean, people usually ask is it real or is it a prosthetic? … I can tell you what Adam Demos says about it which is, a gentleman never tells. So, we are leaving that up to the viewer’s imagination.”

The scene in question occurred about 19 minutes into the episode when Billie’s husband Cooper (Mike Vogel) was curious about her history with ex-boyfriend Brad (Demos), enough to stalk him all the way to the gym. After watching Brad’s intense workout and post-exercise shower, Cooper got a peek at the record label executive’s manhood. According to the official script pages, which the show’s Twitter account posted in July, the scene was initially very NSFW.

“As he does so, Cooper can’t help but lower his eyes to check out Brad’s package — the instrument that brought his wife so much pleasure,” part of the script read. “And S–T — his worst fears are confirmed. Cooper glances back up at Brad, feeling like more of an underdog than ever and guilty as hell he just checked him out.”

While Shahi remained quiet about the Australia native’s package during the interview, she was more forthcoming to share details about her experiences filming the intimate scenes together. 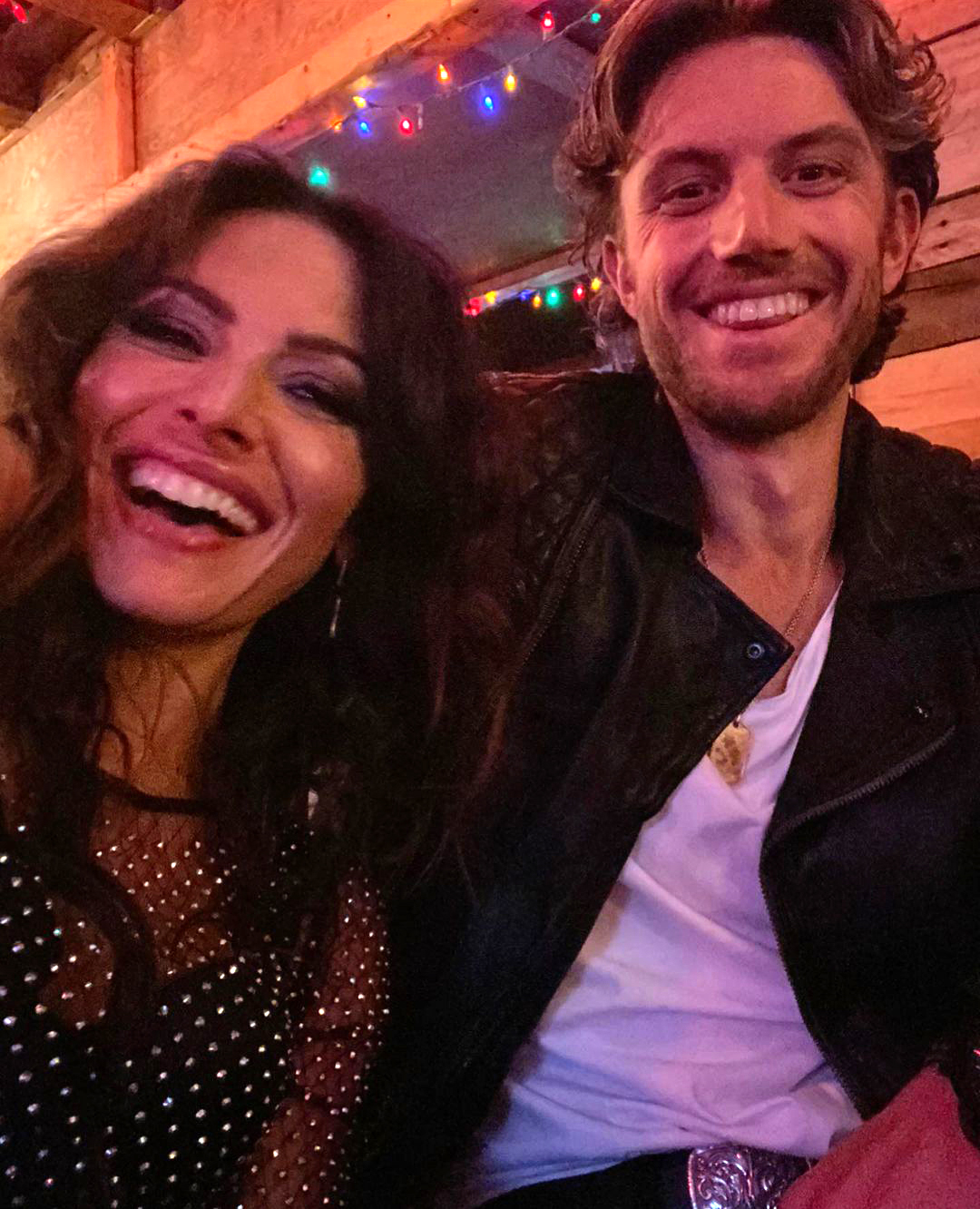 “As an actor, we spend a lot of time sort of faking that kind of intimacy with somebody,” she added during the interview. “But what was interesting from my point of view is to fall for the person that you’re supposed to be falling for on camera, it kind of adds an extra bit. You’re kind of like, ‘Oh, I don’t know if this is anything I could have acted.’”

A week earlier, the real-life couple sat down to rewatch their rooftop sex scene from the show, which was released in June, for a video that was then posted onto the official Sex/Life Instagram page.

“So weird! … It actually works,” Shahi said in the clip. “Is that it? Well, what do you want us to say? I think you did a good job, scene partner. My heart is still going.”

Shahi previously opened up about what drew her to the role of Billie and the liberating way sex was portrayed on this show.

“I’ve often felt that when you have sex scenes in film and television — unless it’s a lesbian piece — they’re kind of depicted through the male point of view. It’s often the woman having sex the way a man wants to have sex,” the City on a Hill actor exclusively told Us Weekly in June. “I thought this was a real opportunity to flip that on its head. Now, you have female sexuality represented by women on screen. … I felt like this was such a statement, to show that we are these incredible sexual beings.”