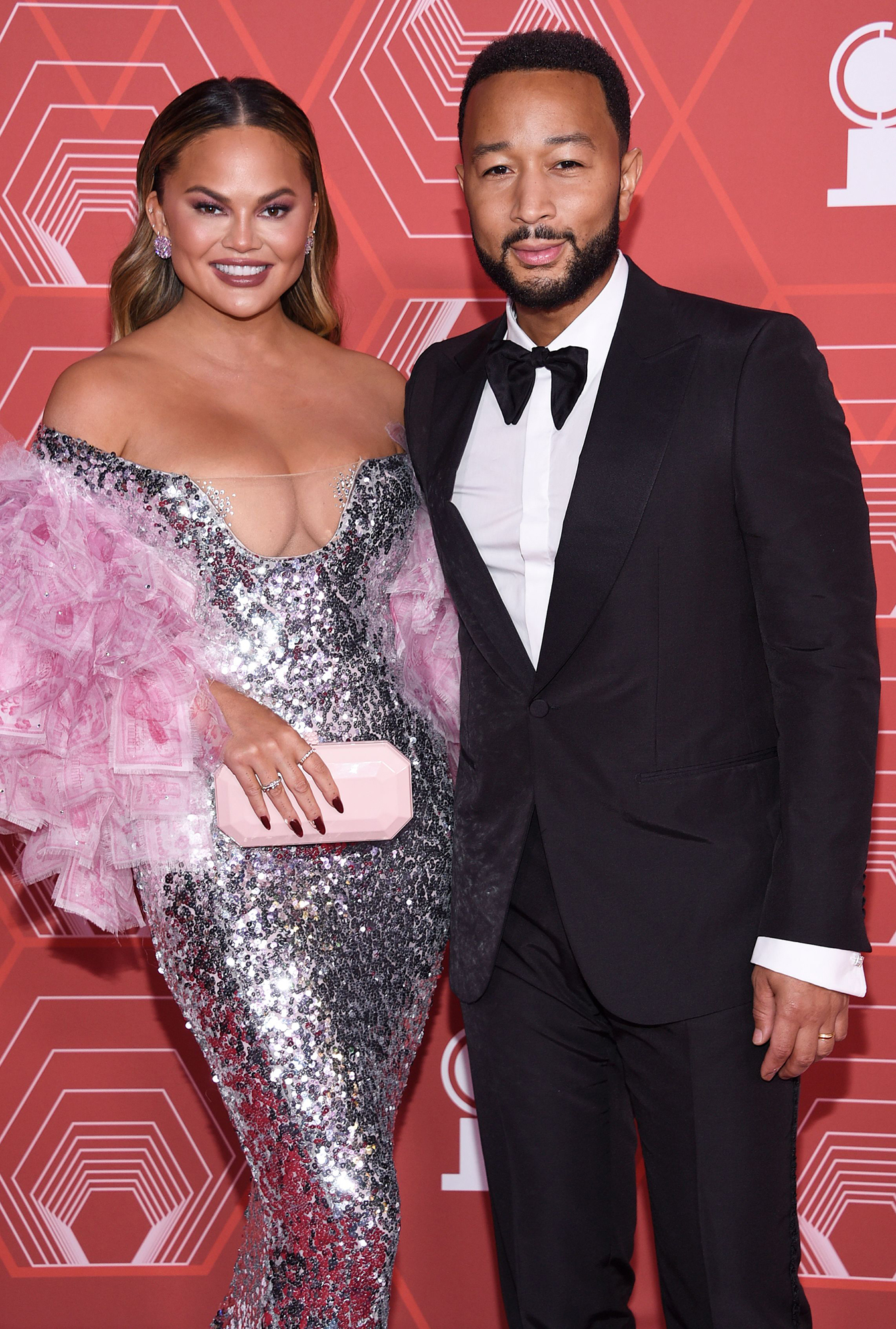 “One of the final songs on the album is called ‘I Don’t Love U Like I Used To,’ which sounds almost like a breakup song as a title,” the Grammy winner, 43, explained during his Monday, August 8, appearance on the Carrie and Tommy radio show, while talking about the songs on his new album that are about his wife. “But if you listen to the lyric, it’s really just about how your love grows with the person and it changes over time and evolves over time.”

He continued: “And you don’t love that person like you used to because you’ve grown together and you’re, like, experiencing new things and it’s tested in different ways.”

As he spoke, Legend began panning his camera to the side, where Teigen, 36, was standing. As the hosts congratulated the couple on their pregnancy, the cookbook author laughed and showed off her growing belly, before ducking down and waving hello. “Thank you, we’re very excited,” the Oscar winner said with a smile, before joking that Teigen was already feeling the impact of her fourth pregnancy. “It’s a struggle getting around the house once you start carrying the extra one with you.”

The Cravings founder announced earlier this month that she and Legend — who are also parents to Luna, 6, and Miles, 4 — were expecting their rainbow baby after losing son Jack in September 2020.

“The last few years have been a blur of emotions to say the least, but joy has filled our home and hearts again. 1 billion shots later (in the leg lately, as u can see!) we have another on the way,” Teigen wrote via Instagram on August 3, alongside a baby bump mirror selfie. “Every appointment I’ve said to myself, ‘ok if it’s healthy today I’ll announce’ but then I breathe a sigh of relief to hear a heartbeat and decide I’m just too nervous still.” Though she noted that “I don’t think I’ll ever walk out of an appointment with more excitement than nerves,” Teigen told her followers that she was having a “beautiful” and healthy pregnancy thus far. “I’m feeling hopeful and amazing,” she added.

In addition to restarting her IVF journey following the loss of Jack, Teigen has also been open about her decision to stop drinking. “In a way, Jack really saved me,” she told Ellen DeGeneres in February 2021. “I don’t think I would have discovered therapy and then sobriety and this path of really feeling good about myself and feeling like a new person.”

Last month, the former swimsuit model revealed that she was celebrating her one-year sobriety anniversary. “I miss feeling loopy and carefree sometimes, but to be honest toward the end, it didn’t give that fun feeling anymore anyhow. I drank to end crazy anxiety that later mostly went away when I – get this – quit drinking! sigh,” she wrote via Instagram at the time. “Anyhow I feel really good.”

Everything Chrissy Teigen Has Said About Her Sobriety Journey: ‘I Feel Clearheaded’

She continued: “Sometimes I get really frustrated looking back on days I should remember way better than I do because of alcohol. Like when I drank cafe patron and fell asleep while an Outback Steakhouse chef taught me (my friends) how to make a bloomin’ onion at my house. I wish I was awake for that. Wish I remembered really any awards show lol.”