“They are hilarious. They don’t listen to me at all,” Fox said of her sons.

Megan Fox’s kids made a surprise appearance during her talk show appearance on Monday.

In a virtual interview with “Today’s” Jenna Bush Hager and Savannah Guthrie on Monday, Fox — who was promoting her new movie “Till Death” — had some very special guests pop in her interview, her sons Noah, 8, Bodhi, 7, Journey, 4.

Around a minute into the chat, Hager asked Fox where she was conferencing in from.

“We see a lot of pillows, some clothes,” Hager said, to which Guthrie noted, “And we saw a little kid trying to be sneaky, thinking they were out of the shot.”

“Here comes another one,” Fox replied, while Journey quickly walked past her. “Journey, you’ve got to crawl!”

“They just woke up. It’s 7:30 here,” she explained to Hager and Guthrie. “So, they woke up a few minutes ago and it just is what it is. You always have to make it work.”

“I’m in the house that we’re staying in right now, this is the living room area,” Fox added. “And they all fell asleep on the couch last night, watching a movie. So, they just woke up.”

As the interview continued, the actress attempted to hold back her laughter and focus as her kids repeatedly — and not so sneakily — crawled in and out of the shot. Hager and Guthrie also kept getting distracted by the kids.

“We’re trying to stay focused but we can’t help it!” Hager admitted.

Fox — who shares her son with ex Brian Austin Green — went on to open up about motherhood.

“I wish there was a way — I’m sure a lot of moms feel this way — where you could, just every once in a while for a day, put them all back at that 2, 3-year-old period,” she explained. “It’s hard to watch them grow up so quickly.”

“I actually struggle with that a lot, I cry about it all the time, because they grow up so fast,” Fox continued. “My phone will send me pictures of them when they were younger and it’s hard to look at it. It’s painful to love something so much. But I have three boys. They are hilarious. They don’t listen to me at all.”

The “Transformers” actress added, “I also feel like no matter how engaged you are or how hard you were trying at the time, you always look back and you’re like, ‘I could have been more present’ or ‘I hope I was grateful for this while I was in that moment, ’cause I’ll never get that moment back.'”

“Like this!” Fox said, gesturing to her kids crawling behind her.

Watch Fox’s kids crash her interview in the clip, above! 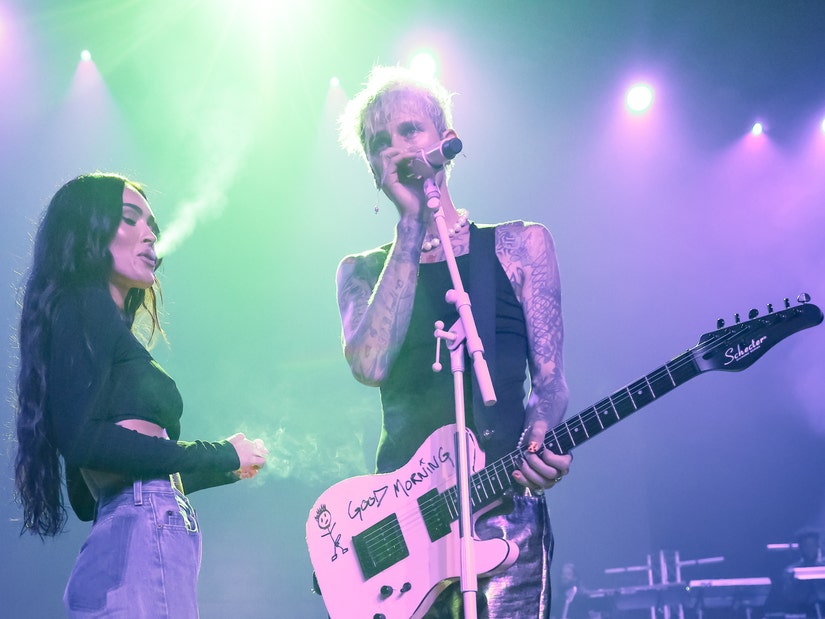