Kim Kardashian, AKA North’s mama, took to her Instagram Story on Wednesday to share a promotional video for BoxyCharm, a beauty subscription box brand. However, the SKIMS founder was interrupted by 8-year-old North, who made an observation about her mom’s presentation in the influencer clip.

North — whom Kim shares with estranged husband Kanye West — claimed that Kim’s voice doesn’t sound the same when she shoots videos for social media. Take a listen below:

After Kim, 40, told her followers that was she about to show what she received in her BoxyCharm, North chimed in, asking, “Why do you talk different?”

“Why do I talk different from what?” Kim responded, to which North answered, “From your videos.”

“From my videos? I’m the same human being. I don’t talk different,” Kim explained, before then asking if her voice sounds “different” when she’s “talking about contour.”

“This is how it’s going LOL,” Kim wrote alongside the video.

The reality star went on to ask “how she talk[s]” in her videos, prompting North to share her imitation of how she believes her mom speaks on social.

“Is that what I sound like?” Kim asked. The KKW Beauty founder then asked her niece, Penelope Disick, who was in the room, for her opinion. Penelope — who is Kourtney Kardashian and Scott Disick’s 9-year-old daughter — answered her aunt with a grin and a nod.

Meanwhile, Kim later shared a post on her Instagram Story, in which she shared a photo collage of several tweets from fans loving how North “roasted” her in the video.

“The way North just roasted @KimKardashian in her IG story…I cannot. that’s some real mother daughter s— right there,” one tweet read, while another person wrote, “Lmfaooo North is ALWAYS so quick to tease Kim in her videos lmaooooo.”

Alongside the screenshot of the funny tweets, Kim shared three laughing crying emojis. 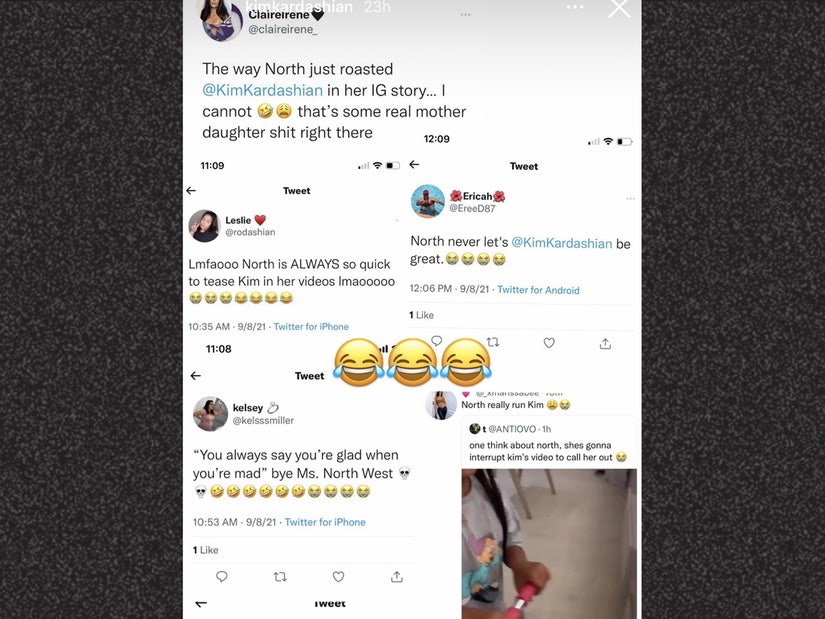 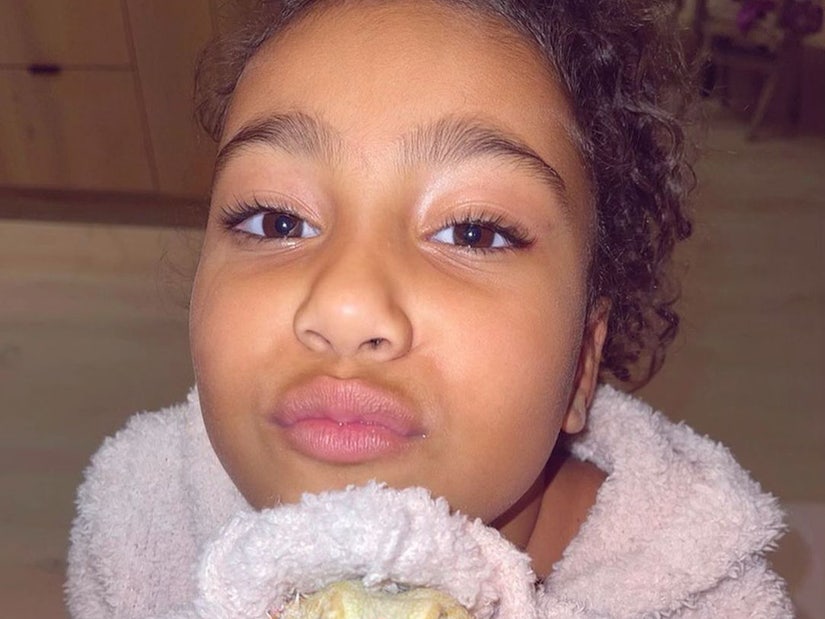