Wayson Choy, 80, Whose Books Are Windows on Chinese-Canadian Life, Dies

Wayson Choy, who wrote of the Chinese-Canadian experience in memoirs and novels like “The Jade Peony,” which became a mainstay in Canadian classrooms and led to a revelation about the writer’s own past, died on April 28 at his home in Toronto. He was 80.

Denise Bukowski, Mr. Choy’s agent, said the cause was a heart attack brought on by an asthma attack. He had nearly died from heart attacks related to asthma in the past, episodes he wrote about in “Not Yet: A Memoir of Living and Almost Dying” (2009).

“The Jade Peony,” his debut novel, published in 1995, when he was 56, was one of the first to detail life in a Chinese-Canadian community. It follows a Chinese immigrant family in Vancouver in the 1930s and ’40s as they struggle to make a home in a sometimes hostile country, drawing what support they can from shared traditions, community and folklore.

The book is divided into three parts, each narrated by one of three siblings navigating between the Chinese cultural mores still observed at home and the Western influences outside it.

The novel sold in the hundreds of thousands and was critically well-received. It shared an English-language Trillium Award, which recognizes Ontario writers, with Margaret Atwood’s “Morning in the Burned House” in 1996.

“ ‘The Jade Peony’ explores themes traditionally associated with novels about the immigrant experience: the promise and treachery to be found outside the matrix of the family, the burden of old ways, the necessity of learning new ones,” Philip Gambone wrote in The New York Times Book Review in 1997. “But Choy ranges over this familiar territory with a fresh eye, disclosing universal themes in the particularities of the Asian-American life of half a century ago.” 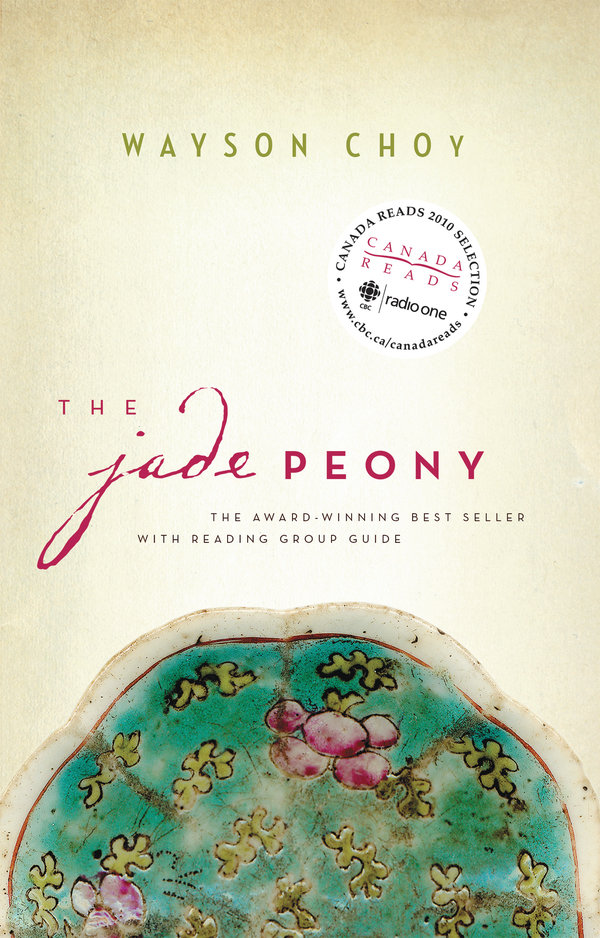 “The Jade Peony” and the publicity it received led to a surprising twist in Mr. Choy’s life.

After giving a radio interview that year, he received a phone call from someone who claimed that she had seen Mr. Choy’s mother in Vancouver. But his mother had died 18 years earlier, he told the caller.

Actually, the caller said, Mr. Choy had been adopted; the woman seen in Vancouver, she said, was his biological mother.

Mr. Choy investigated the claim, and his search for the truth — he eventually established that the caller had been right — became the basis for his first memoir, “Paper Shadows: A Chinatown Childhood” (1999).

Mr. Choy said his work on the memoir filled him with even more respect for what his family had overcome.

“What dazzled me about the Chinatown I researched was that these were people who had escaped from famine and war and came to a place that didn’t want them,” he said in an interview with The Toronto Star in 2004, “yet there was a level of decency that enabled them to emerge as a self-sustaining and civilized population.”

At the beginning of “Paper Shadows,” Mr. Choy states the facts of his birth as he had long known them: “I was born Choy Way Sun, on April 20, 1939, in Vancouver, in the province of British Columbia, to Nellie Hop Wah, age thirty-eight, and Yip Doy Choy, age forty-two.”

He later found that those details were true, except for the part about his parents. He never learned the identities of his biological mother and father. (The mysterious caller, it turned out, though correct about his birth history, had been mistaken about whom she saw in Vancouver; it had been his babysitter, not his birth mother.)

Mr. Choy’s adoptive mother worked as a butcher and in a sausage factory, and his adoptive father was a cook on a steamship line that kept him at sea for long periods.

Mr. Choy, known as Sonny when he was young, grew up surrounded by an extended family that inspired the fictional one he created in “The Jade Peony.”

He graduated from the University of British Columbia with a bachelor’s degree in English in 1963, returned after a time to study creative writing and later taught remedial English at Humber College in Toronto for many years. He wrote little for decades, although an early work was selected for the 1962 edition of the anthology series “The Best American Short Stories.”

He was appointed to the Order of Canada, the nation’s highest civilian honor, the following year.

“I had three wonderful godchildren to spoil,” Mr. Choy wrote in an exchange with readers in The Globe and Mail of Toronto in 2009. He added, “Truly, family is who loves you.”

The Schweishelms helped Mr. Choy to a hospital some years ago after he had a violent asthma attack. He spent 11 days heavily sedated and drifting in and out of consciousness, an episode he recounted in “Not Yet”:

“I lay like a mannequin, its stiff neoprene skull exposed and stuffed with questions: Did I say thank you? Am I wearing my new shirt? Is my hair combed? Then the life-saving monitors would hiss and pump, click and beep, and I would focus again on my own tenuous mortality.

“Insane, I thought. I’m dying and worried about my hair.”