What Is BookTube And Why Should You Be Watching (And Reading)?

Hidden among the popular YouTube videos of beauty gurus, gaming tutorials and whatever Logan Paul is doing is a small, yet growing vlogging community of people who nerd out about books and reading on the internet. That magical place is BookTube, and it reminds viewers that reading is not only fun but a fundamental part of life.

BookTube is the unofficial name given to a collection of YouTube channels that discuss all things bookish. Each day, thousands of online creators, or BookTubers, share videos about books they love (and hate), literacy, fandom and being generally crazy for reading. 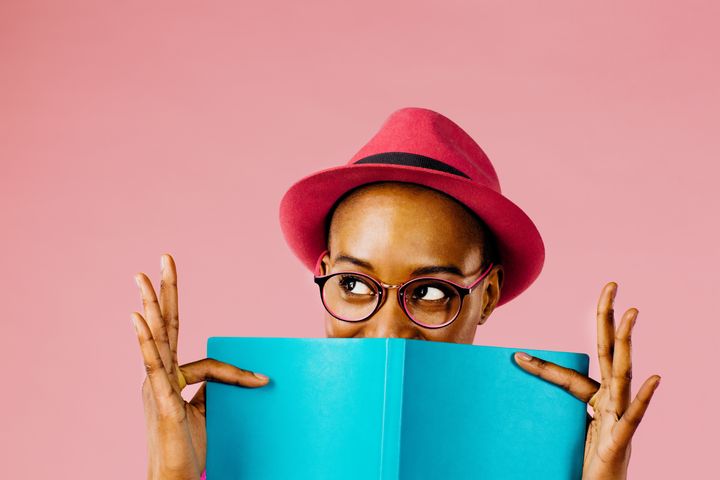 “I feel able to be kind of unhinged in my passionate love for books because I know the people watching me are the same,” shares Ariel Bissett, a 24-year-old BookTuber from British Columbia who’s been making bookish videos since 2011. Her YouTube channel (also named “Ariel Bissett”) boasts nearly 150,000 subscribers and over 10 million video views. “Reading is usually a pretty solitary, quiet event so getting to find a place where people are passionate and excited and wanting to talk about what they’ve read is what’s really magical about BookTube.”

BookTubers like Bissett make videos about everything bookish from their favorite authors and series to their most beloved book covers. Book clubs and live shows like Bookmarked and Booksplosion use YouTube to discuss reading habits, pet peeves and literary tropes. Tag videos like “Rip It or Ship It” and “Blindfolded Book Challenge” allow viewers to play along with BookTubers as they pair up fictional characters or try to identify a book while blindfolded.

In the many hours I’ve spent watching BookTube, I’ve even discovered an entirely new language to discuss and think about books from DNF (a book you did not finish) to TBR (a selection of books to be read) to OTP (the “one true pairing” of fictional couples). Unboxings of book subscription services like Owlcrate and Fairy Loot share bookish clothes, fan art and collectibles with viewers. Even bookmark collections are up for discussion on BookTube.

While watching videos about reading can seem counterproductive, BookTubers encourage people to stop watching YouTube and start reading as many books as possible in as many genres that exist. Some BookTubers promote the joys of reading by hosting read-a-thons where viewers read for 24-hours straight, read only Black or Asian authors or characters for an entire month or try to read as many books as they can during one week of summer.

“In 2013, I came up with this thing called BookTube-a-thon (now known as The Reading Rush),” shares Bissett. “Anyone who loves reading and shares that passion online should participate in the event. Now we have tens of thousands of people who participate every summer who come together to read at the same time as other readers around the world.”

“BookTubers encourage people to stop watching YouTube and start reading as many books as possible in as many genres that exist.”

Publishing houses have taken notice of BookTube and have changed the way books are pitched, marketed and even the way book covers are made.

“Social media is definitely considered when choosing book covers like ‘Oh, will this look good on Instagram? Will the gloss make this hard to film?’” says Valerie Wong, a digital marketing associate for Little, Brown Books for Young Readers under Hachette Book Group, who see the majority of their engagement with young readers emerge from bookish social media platforms like BookTube, Book Twitter and Bookstagram. “For book marketing specifically, it’s a good way to get faces behind books and give books and authors some more credibility,” she adds.

Rachel Feld, Senior Director of Trade Marketing at Scholastic, Inc. agrees. “These influencers are doing a great job in connecting us with new readers,” she said. “BookTubers have become a trusted way [for readers] to find out about new books.”

Some BookTubers have been able to make friends IRL at conventions like Bookcon and Book Expo, or through the comments section on their videos.

“BookTube is letting me connect with people from all kinds of places that I never would’ve been able to connect with before,” says Cindy from Read With Cindy, who’s amassed a following of over 20,000 subscribers since starting her channel last year. “Every time I get a comment or a message from someone in Brazil or the Philippines, I think it’s so crazy that someone on the other side of the world is even watching my videos.”

“I just love that we can get together and get geeky about books!”

Other BookTubers have been able to parlay their channels into lucrative opportunities, getting paid to make videos through sponsors, YouTube Ads and contributions made through sites like Patreon. Some BookTubers have gotten opportunities to speak on panels at conventions and festivals, while other BookTubers like Christine Riccio and Sasha Alsberg have been able to become published authors in their own right. Just last month, BookTubers Jesse The Reader, Katytastic and Bissett were invited to sit down with former first lady Michelle Obama in a YouTube special to discuss reading and her new autobiography “Becoming.”

“BookTube has definitely changed my life because it got me back into the path of reading more and writing more seriously,” says India Brown of the channel Books and Big Hair, whose debut children’s novel, “The Forgotten Girl,” is set to release this November.

Like any social media platform, BookTube is not without its drama and controversy. It’s been the epicenter for ongoing conversations around consumerism in book buying, online bullying, as well as diversity, racism and lack of representation both in literature and in the YouTube community.

“It’s such a niche community, change isn’t going to happen overnight,” says Cindy. “The community will continue to grow. It might go through some growing pains, but it’s going to grow for the better. We’ll see a lot more diverse faces. And more BookTubers and authors of color.”

Despite, or perhaps because of, its problems, BookTube is leading a new generation of book lovers and socially conscious readers. If you were once passionate about books but somewhere along the road, reading has lost its spark, or if books are your favorite and you can gush about them all day long, or if you’re new to the literary world and you’re looking for your next good read, BookTube is a good place to go and be among your people.

“I just love the fact that we can get together and talk about books and dissect books and get geeky about books,” says Brown. “It’s a very genuine community. It has its problems, but I just treasure the BookTube community. I think it’s so amazing. It should be something that everyone is watching.”