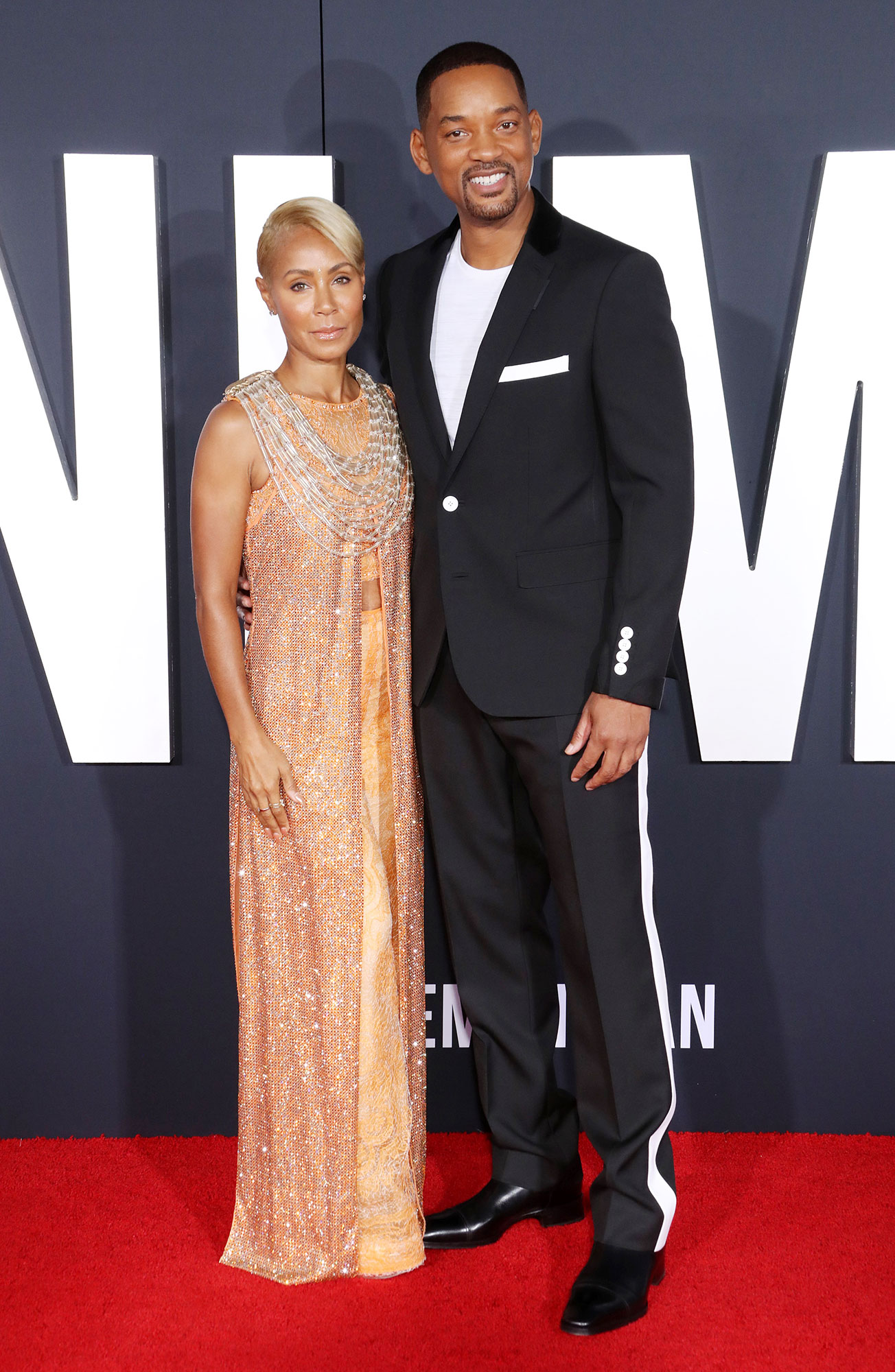 No hair, no problem! Jada Pinkett Smith is loving her shaved new ‘do — and as luck would have it, husband Will Smith is a big fan, too.

In a Wednesday, September 15, episode of Red Table Talk, guest Tiffany Haddish wanted to get the tea on how the Gemini Man actor, 52, reacted after Jada, 49, shaved off her hair in June.

Haddish, 41, questioned: “What did Will say when you cut your hair off? How did he respond?” Jada responded, “He loves it.” Apparently, Will even texted a picture of his wife to daughter Willow Smith. “He was like, ‘Stunning,’” the singer revealed.

Jada went onto explain that her decision to commit to shaving her head was a long time coming.

“It was just time. I was just ready for that kind of expression and release. I’m so glad I did it. It was such a beautiful experience and such a freedom. I feel more connected to myself and to the great diving in a very special way,” she said in the Facebook Watch video. “I was just like, ‘I’m over it.’ It was that moment. I was just like, ‘I’m done. I’m just done with the worry. I’m done with the care. I’m just done.’”

Storm Reid: Zendaya Gave Me the Confidence to Chop My Hair Off

Haddish, for her part, decided to shave off her hair around the same time after a bit of self reflection. “During that pandemic time — the beginning of the pandemic, I was reading the Bible more, checking up on the Torah and everything. Everything is talking about ‘know thyself, know thyself.’ And that just kept resonating with me. I’m like, ‘Okay.’ When I hear things, I take it literal,” she explained.

After deciding to get rid of her longer locks, she showed off her new style to boyfriend Common. And she got a similar response to the one Will gave Jada.

“I called him on FaceTime. He looked. He said, ‘You’re beautiful. You look so beautiful. Oh, look at your face. You’re gorgeous. I can see you. I can see all of you,’” the Bad Trip actress shared.

While Haddish made the decision to go bald this go round, she admitted that she has changed her hair for men in the past. “When I got married, I was trying to press out my hair to decide what I wanted my hair to look like and my ex-husband said, ‘I ain’t never been with a woman that ain’t got no perm. I don’t know how I’ma be married to you when you ain’t got no perm,’” she recalled. “And so I permed my hair and then, like, maybe three weeks into the marriage all my hair broke off.”