Home » Lifestyle » What would you do when faced with a terrible dilemma like this?

While we’re well aware that in Australia, on average, one woman a week is murdered by her partner, incidents of domestic violence have significantly escalated since the pandemic restrictions. After being cross-examined by Robert Richter QC for several excoriating hours, ABC journalist Louise Milligan wrote Witness (2020) in which she argues that most rape victims, even those courageous enough to go to court, are almost inevitably re-traumatised by a “paternalistic” legal system. 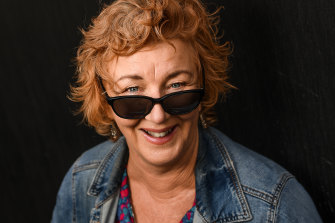 As a writer, Debra Oswald has always been attuned to the zeitgeist.Credit:Justin McManus

And in the past few weeks alone, allegations of rape, sexual harassment and cover-ups have flowed out of federal Parliament itself with the persistence of a leaking tap.

At the heart of Debra Oswald’s latest novel there is a sense of despair and resignation that men are never going to stop killing and hurting women. This sense is based on the knowledge that it doesn’t matter how enlightened we think we are – how many times we roll our eyes in horror – this extraordinary offensive against women cannot be stopped.

As a successful novelist, playwright and creator of the popular TV series Offspring, Oswald has always been attuned to the zeitgeist and it is this ability to nail a cultural issue that has enabled her to stay relevant over a long career. Hence in The Family Doctor, she addresses a situation that goes to the heart of the matter – domestic violence. 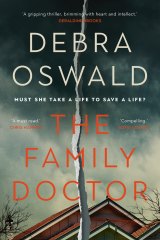 Her three central, female characters are warm-hearted, educated women who enjoy a fairly privileged, Sydney life. According to their precepts, trouble can be managed and controlled: that’s why we have a criminal justice system, counsellors and heaps of social workers.

Paula is the family doctor of the book’s title who has given safe harbour to her girlfriend Stacey and her two young children after Stacey’s husband has pursued a relentless campaign of domestic violence. Paula and Stacey’s mutual friend, Anita, is a savvy journalist who also supports Stacey and the children.

And there we have it, three women who know all the issues around family violence but are still unable to avoid the dreadful moment in the book’s opening chapter when Paula arrives home and discovers the bloodied bodies of Stacey and her children; and is just in time to see the rampaging husband turn the gun on himself.

There is nothing exploitative about the opening passages but they had to be written – such images are worth more than a thousand pages of statistics and detailed research.

As far as the women knew, Stacey’s former husband was safely locked up in Queensland, charged with assault, but unfortunately Stacey wasn’t told of his release. “That piece of information had accidently fallen into the crack along the Queensland-New South Wales border.”

Paula and Anita try desperately to live with the aftermath of the tragedy and agonise about their inability to protect Stacey. Anita responds by writing a book about domestic violence; and she also attends a murder trial where it becomes obvious that the man accused of murdering his young girlfriend will go free.

When Paula goes back to her medical practice she is confounded by a mother and her son who are victims of an especially dangerous man. Despite Paula’s brochures, advice and phone numbers, the patient remains locked in a deadly relationship.

Coincidentally, not long after the consultation, the abusive husband also walks into Paula’s practice. There he is, lying on her clinic bed, waiting for her to take blood tests. He has a serious heart condition but Paula realises with a little help from a vial of adrenaline, she can speed his end along.

Oswald’s nuanced exposition of family violence, as well as her well-honed skills as a storyteller make Paula’s dilemma totally plausible. By inviting the reader to participate in an ethical and psychological conundrum, our commitment to the rest of this suspenseful and compelling book is guaranteed. And a note of warning, the book’s denouement is by no means predictable.