Home » Lifestyle » When Did Christina El Moussa Know Ant Anstead Was the One?

When Christina El Moussa started showing up with Ant Anstead, fans of the HGTV show Flip or Flop were shocked. The divorce between her and long term hubby Tarek El Moussa was jarring, but to see her move on so quickly took many by surprise.

Now that the dust has settled, fans are beginning to adjust to the new beau on the designer extraordinaire’s arm. Instead of her divorce being in the spotlight, it’s now all about her blossoming relationship with English television presenter Ant Anstead.

How did Christina El Moussa and Ant Anstead meet? 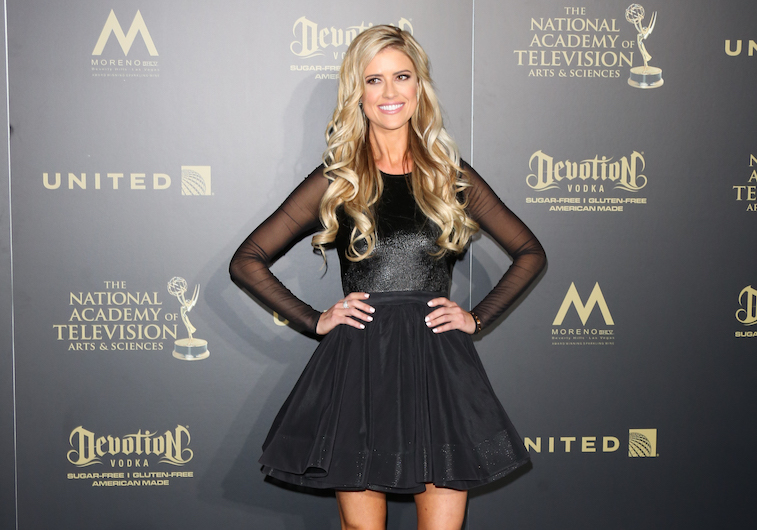 In 2017 talks about a divorce between the Flip or Flop stars began to make headlines. The couple had officially filed for the split, a move that was hard for them both to digest. Despite going through a pretty rough patch, Christina was more than ready to get back on the dating scene. That’s how she managed to cross paths with Anstead before her divorce with Tarek was even finalized! The two had their fateful meeting towards the end of the year while her and Tarek’s divorce wasn’t even finalized until 2018.

At the end of 2017 I was lucky enough to be introduced to this guy through a mutual friend. – Christina El Moussa (Instagram Caption)

Anstead and Christina’s story is actually a pretty average one. They met through a mutual friend, one that must have known that they would be perfect for each other!

How was Christina El Moussa and Ant Anstead’s first date?

Even the mutual friend who set them up couldn’t have known just how quickly the pair would click. Before meeting up they spent two whole hours chatting via Facetime. This gave them all the time they needed to handle ice breakers and basic introductions. While no one knows exactly what they talked about, it’s clear getting to know each other a bit before their date helped create a more comfortable environment.

After the digital interview, they moved on to the real thing. They didn’t do a solo date though! They opted to hold their first official meeting among a group of friends at a nice restaurant.

It was basically love at first sight

During an interview with Extra TV’s Renee Bargh Christina opened up about quite a few things. That included how sparks flew when she met Anstead.

The two have been attached at the hip since that first meeting. She’s reiterated this sentiment several times over on numerous interviews and has never been afraid to gush about just how much she loves her new hubby.

Now the two are getting ready for their first child!

@ant_anstead and I are so excited to announce #babyanstead coming this September!! The kids are all so excited to meet their new sibling ♥️ #5 #Gonnaneedabiggercar! ? ?

Anstead and Christina are wrapped up in a beautiful whirlwind romance. Despite being together less than two years, they’re already married and have nailed the blended family thing. Between them, they have four children, two apiece from previous unions. All children in the loop are loving their new family arrangement. With a fifth on the way, one born of their romance, things can only get better!

But, how did Christina find out she was a mother-to-be? The juicy deets all came in after they returned home from their honeymoon trip to Bora Bora. During an interview with People, Christina admitted that she was feeling a bit off, so she opted for a home pregnancy test. As it turns out, her instincts were right, just one day after their honeymoon, she was pregnant.

“I just felt different, so I decided to take a pregnancy test. It was the day after we landed from our honeymoon and right away, pregnant! And I was in the bathroom by myself, like, ‘Oh, my God! What?’ I was shocked, like, ‘Ah, no wonder! I’m nesting already!’” – Christina (People)

But the best part isn’t the surprise little blessing, its how Christina went about telling Anstead! She dropped the pregnancy test in his coffee cup while he was away from the kitchen. Definitely gross, but it’s one surprise that neither Christina or Anstead will ever forget.