Joe Goldberg, is that you? Fans have been binging season 3 of Netflix’s You since its debut earlier this month — and one fan pointed out a potential filming flaw that has viewers shook.

Everything to Know About ‘You’ Season 3

Following the season premiere on Friday, October 15, one TikTok user noticed that something was off about the photo of Joe (Penn Badgley) that appeared on the screen while Love Quinn (Victoria Pedretti) was texting him.

“IM LOSING MY MIND???? WHO IS THAT??????” the social media user captioned their video, jokingly referring to the doppelgänger as “JOEY SILVERBERG.”

In another comment, the original poster teased, “Penn Badgley wasn’t available for the photo shoot so they got Peen Badleg from set design to step in and called it a day.”

The video has raked in nearly 200,000 “likes” from other curious You fans, many of whom joined in to roast the unflattering photo. “That’s Dan Humphrey,” one user commented, bringing up the 34-year-old actor’s Gossip Girl character.

You was originally a Lifetime series when it premiered in 2018 before it was brought to Netflix for its second season the following year. It was renewed for a fourth season shortly before the latest episodes dropped on Friday — and left viewers eager to see where the story will go next after Love’s shocking death.

“We always planned to do this two-season arc with [Love], and we talked about it with [Pedretti] the day we met her. It’s always really tempting, especially when you’re working with actors of this caliber,” writer Sera Gamble told Bustle of the major plot twist. “This is a show that explores how quick we are to forgive men, and how quick we are to judge women. And it’s like, name a woman we judge more than mothers.” 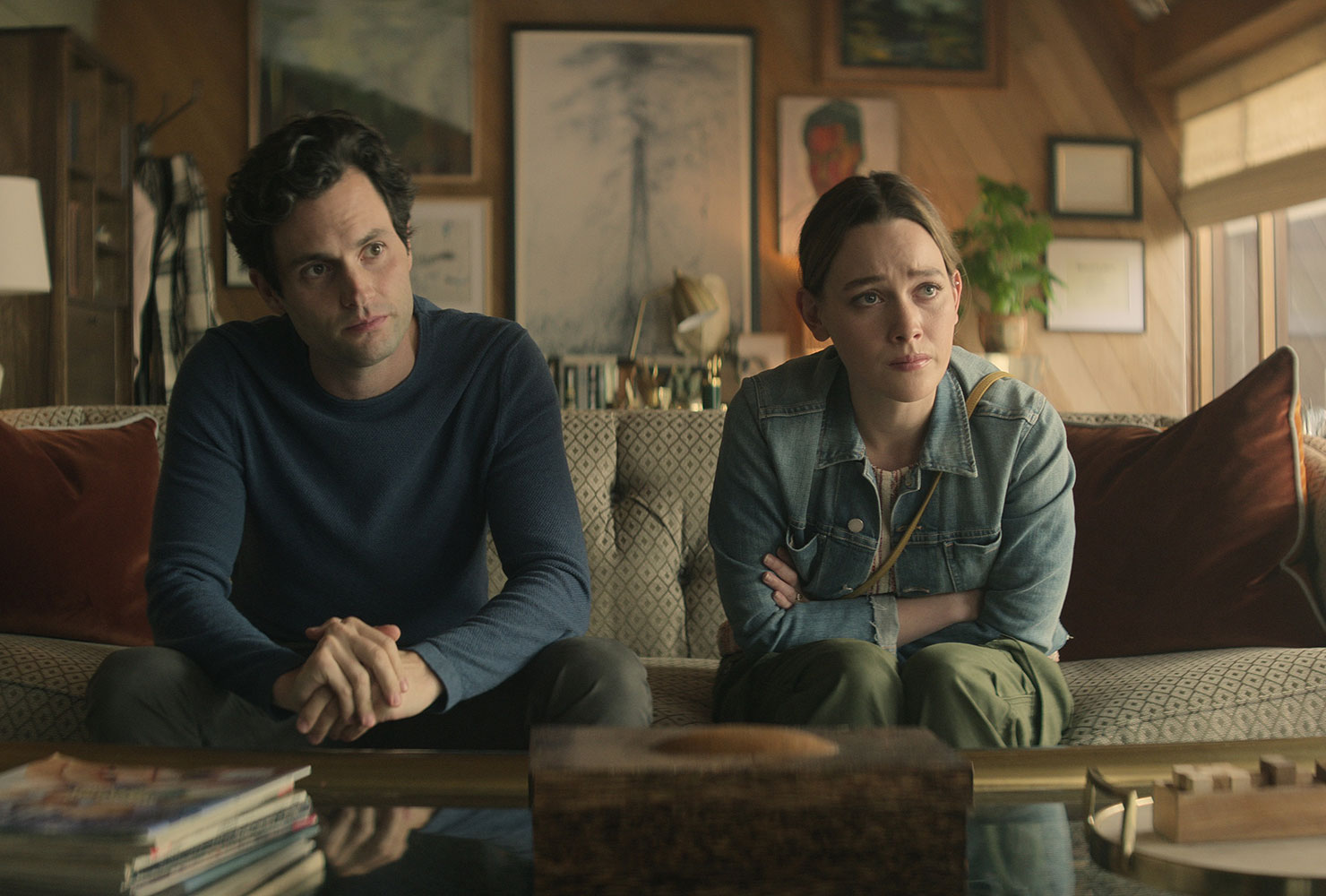 Season 3 followed Joe and Love’s adjustment to life in the suburbs after welcoming their son, Henry, as they attempt to leave their murderous streaks behind them. However, the transition wasn’t as seamless as they’d hoped, with Joe scrambling to help Love cover up the death of their neighbor — and both of them trying to keep their extramarital affairs secret.

“We can have Love do crazy things but also have her make what I think are really strong points about being a mother and a woman and how impossible it is to please the world when you’re trying to raise a child,” Gamble told Bustle, noting that the season concluded with “a bit of insight and growth for Joe” as he travels to Paris to follow Marianne (Tati Gabrielle), his latest love interest.

‘You’ Cast’s Dating Histories Through the Years

Badgley has frequently expressed confusion when fans root for his character to have a happy ending — but Gamble doesn’t think those viewers should hold their breath.

“If [Joe] wasn’t murdering people all the time then maybe [he and Marianne] would coparent and read a lot of books and run a library … but that [relationship]’s just not gonna work,” the cocreator explained. “He does keep walking closer and closer to these truths about himself, but at the same time, he is still fundamentally working off of this principle — I personally think he’s mistaken — which is that you can find what you need outside of yourself in other people.”

The Easy A actor even “checks in” with the writers to make sure they won’t go easy on Joe next season. “I say ‘No…’” Gamble joked. “And he goes, ‘Good, just making sure.’”

Season 3 of You is streaming now on Netflix.