Nearly one month after Will Smith made headlines for slapping Chris Rock at the 94th annual Academy Awards, the King Richard star made his first public outing.

Smith, 53, was photographed taking selfies with fans during a trip to Mumbai, India, on Saturday, April 23.

The Fresh Prince of Bel-Air alum’s Saturday outing marked the first time he was photographed since the Oscars last month. During the ceremony, the 57-year-old comedian joked that Jada Pinkett Smith — who wed the Ali star in 1997 — could star in a potential G.I. Jane sequel due to her shaved head. (The Maryland native, 50, has been candid about her struggles with alopecia and hair loss.) While Pinkett Smith subtly rolled her eyes at the joke, Smith strolled on stage and smacked Rock across the face. 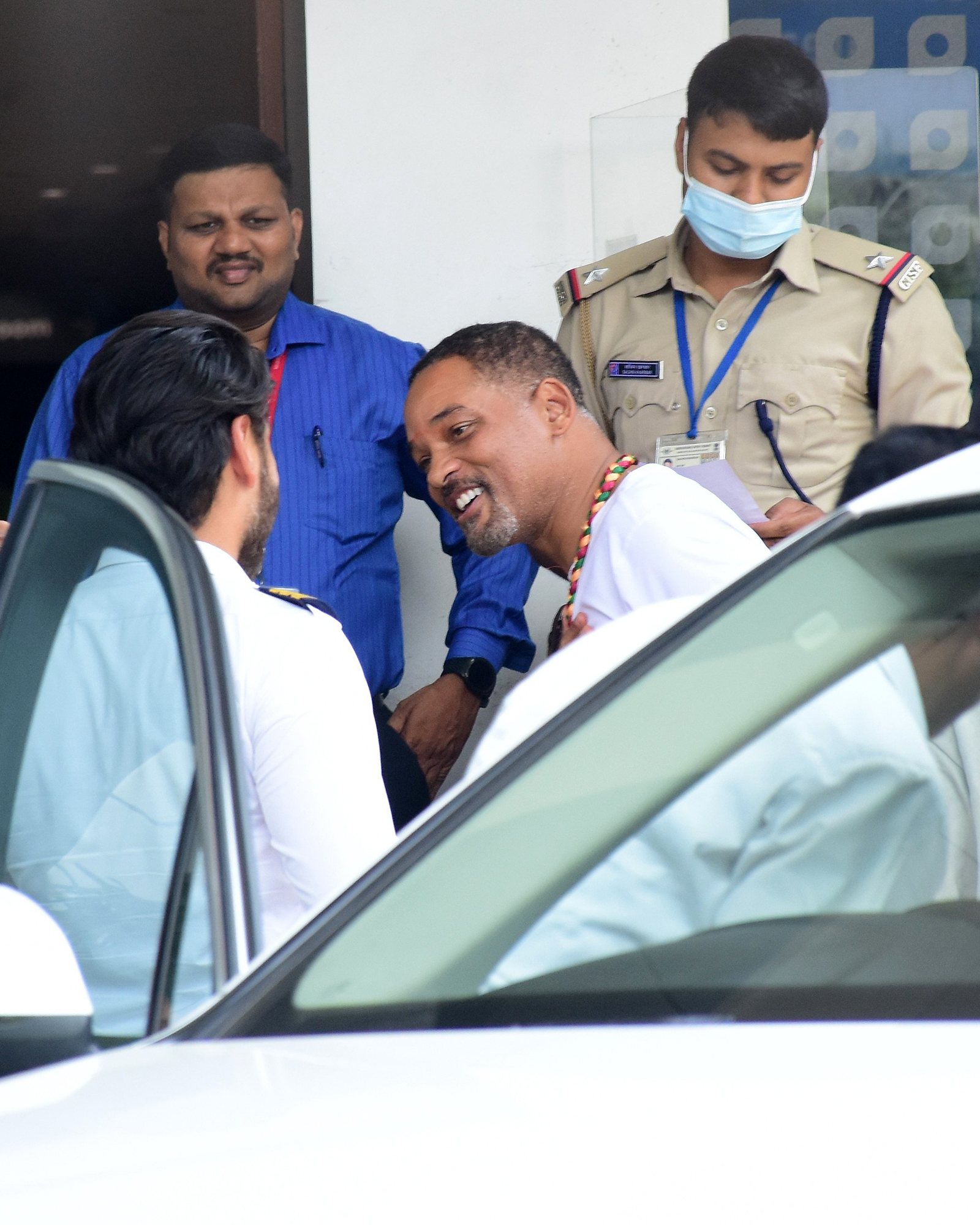 The Grown Ups actor declined to press charges against Smith — who won the coveted Leading Actor trophy on March 27 — before the Philadelphia native issued a public apology for his actions.

“Violence in all of its forms is poisonous and destructive,” Smith wrote in a social media statement on March 28. “My behavior at last night’s Academy Awards was unacceptable and inexcusable. … I would like to publicly apologize to you, Chris. I was out of line and I was wrong. I am embarrassed and my actions were not indicative of the man I want to be. There is no place for violence in a world of love and kindness.”

Amid the Oscars controversy, Smith resigned from the Academy of Motion Pictures Arts and Sciences before the organization banned him from future events for 10 years.

“I accept and respect the Academy’s decision,” Smith told Page Six in a statement earlier this month.

While Smith and the Red Table Talk cohost have remained mum about the encounter since then, she stepped out on the red carpet for the first time since the Oscars on April 10 to celebrate the grand opening of Debbie Allen’s new dance facility.

“@therealdebbieallen said wrap it all in gold and come let the kids fill your soul❣️,” Pinkett Smith gushed via Instagram at the time. “Congrats Debbie on the opening of your Debbie Allen Dance Academy @officialdadance! You are the legacy that so many other legacies will stand upon. Thank you for ALL that you do🙏🏽♥️🙏🏽.”

Will Smith’s Inner Circle: A Look at His Close Celeb Pals After Oscars Slap

The Matrix Resurrections actress — who shares daughter Willow Smith and son Jaden Smith with her spouse — later teased a forthcoming episode of her Facebook Watch talk show will cover the incident and its aftermath.

“Considering all that has happened in the last few weeks, the Smith family has been focusing on deep healing. Some of the discoveries around our healing will be shared at the table when the time calls,” a Wednesday, April 20, statement about the show’s 5th season read. “Until then… the table will continue offering itself to powerful, inspiring and healing testimonies like that of our incredibly impressive first guest. Thanks for joining us, Jada.”