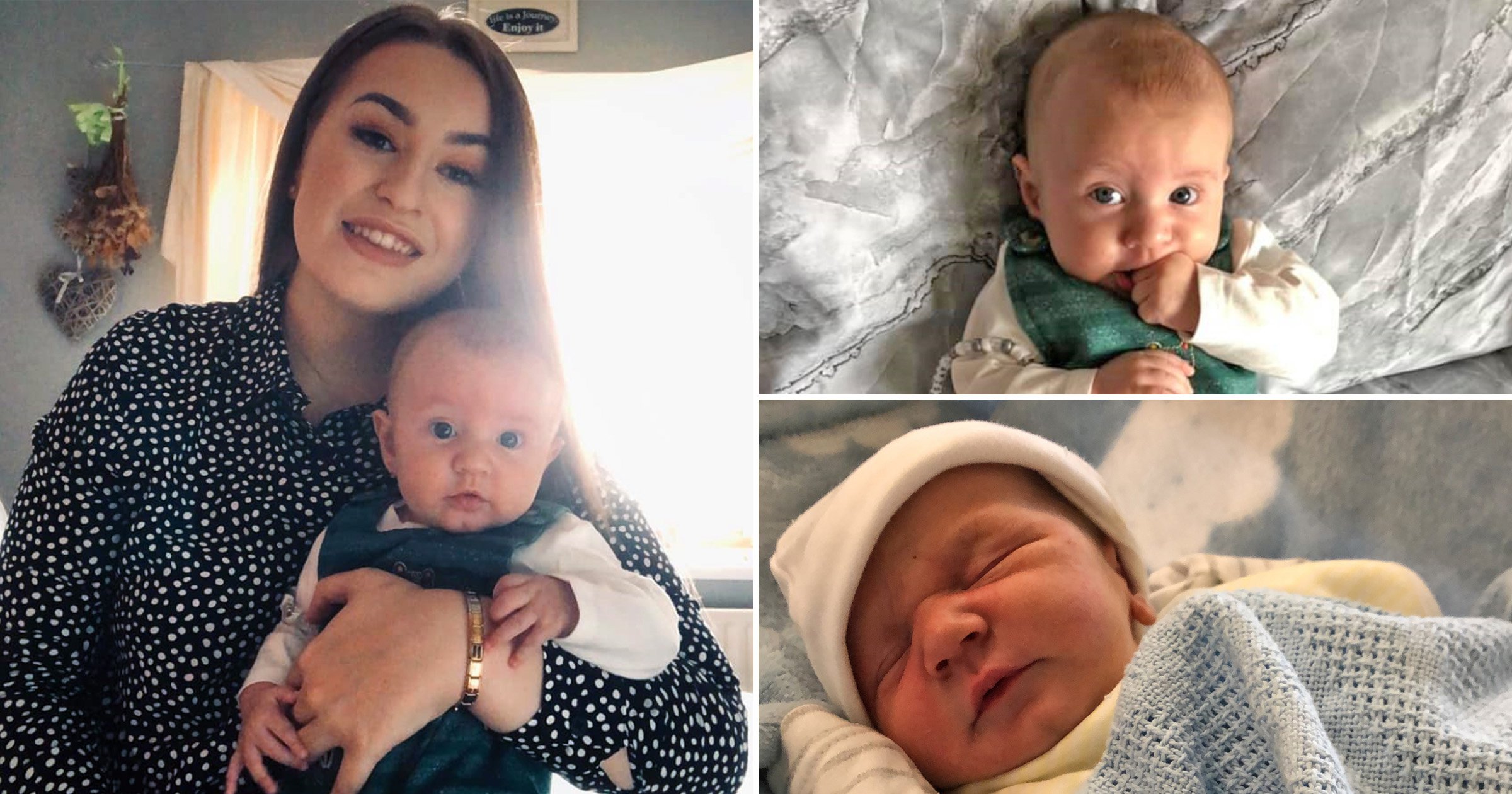 As a teenager, Carla Macpherson was told she had endometriosis and probably would never be able to have children.

When she met her boyfriend Jaiden Mathias, 24, he said he didn’t want kids and it didn’t bother him.

The pair loved nights out together and so when they were invited to go clubbing with friends back in May 2019, they jumped at the chance.

But after coming home in the early hours of the next day, Carla, now 22, started experiencing pain.

It got gradually worse and she suspected appendicitis – but was shocked when she gave birth to a baby on the toilet.

As she hadn’t experienced any symptoms and was using the contraceptive injection, she had no idea she was pregnant.

Luckily, both mother and baby were fine and after taking some time to come to terms with what happened, Carla, from Swansea, South Wales, embraced being mum to Oscar, now two.

Carla, a customer development manager, says: ‘Since I was 15, I believed I couldn’t have kids.

‘So, like most 20-year-olds, we spent our weekends partying.

‘I never expected I would go on a night out and end up with a baby.

‘I am just so thankful he was born healthy.’

The couple were thankful the baby was fine as Carla had been drinking the night before, with no idea what was to come.

Carla says: ‘I slipped into a black bodysuit and skinny jeans.

‘That night, my friend bought us all vodka shots, then I drank eight vodkas and orange.

‘We danced the night away and had the time of our lives.’

But, after arriving at Jaiden’s parents’ house at 6am, Carla developed stomach pains.

She says: ‘My face started burning up and within minutes my entire body was soaked in sweat.

‘I thought it was just the alcohol, so Jaiden fetched me painkillers and I tried to sleep it off. I lay in bed for an hour in agony.’

As the pain got worse, she crawled out of bed and went to the bathroom.

She says: ‘The pain was so bad, I thought it must have been appendicitis.

‘Jaiden suggested I try going to the toilet.

‘I was about to tell him it was more serious than that when I felt an overwhelming urge.

‘I sat down on the toilet and began to push.

‘I was terrified, I had no idea what was happening.’

Five minutes later, Carla looked down and there was blood covering the toilet bowl.

She says: ‘I started to feel something heavy between my thighs.

‘And then a head appeared.

‘I screamed for Jaiden, who then went to fetch his mum. I braced myself against the wall and continued to push.

‘Seconds later, Jaiden burst through the door and quickly held out his hands to catch the baby.’

She gave birth to a boy, who weighed 8lbs 5oz, just as Jaiden’s mum appeared and immediately called an ambulance.

Carla says: ‘I was hysterical. I didn’t believe this could be my baby and felt unable to even hold him.’

Carla was taken to Singleton Hospital, where the baby was given the all clear.

She says: ‘I was so relieved to hear this, as I knew I had been out drinking.

‘Moments later, my mum Fiona, 61, arrived at the hospital.

‘She gave me a big hug and told me everything would be fine and that she would help me look after him.

‘But we were both in a complete state of shock.

‘The doctor had told me that the baby was lying with his back against my back which is why I had no bump.

‘I couldn’t get my head around the fact I was supposed to be infertile, taking the contraceptive injection and was getting periods, yet I managed to get pregnant.

‘The doctor told me it was extremely rare but can happen.’

Carla was shocked and struggled to come to terms with what had happened.

She says: ‘Just a few hours ago I had been a normal 20-year-old clubbing with friends.

‘Now I was a mother with a newborn baby. It was surreal.’

With the help of a midwife, she was able to hold her child for the first time later that day.

She says: ‘My heart melted as I held his tiny hand.

‘I realised this was really my baby.

‘And Jaiden promised we would get through it together.’

The following day, Carla, Jaiden and the baby moved in with her parents but she admits she found it difficult to adjust.

She says: ‘I was constantly crying.

‘I didn’t want to leave the house or let anyone hold Oscar.’

In time, Carla was diagnosed with postnatal depression and PTSD.

Carla says: ‘After months of therapy and medication, I started to feel like myself again.

‘Oscar is now two and thriving. I couldn’t be happier being a mum and can’t wait to tell Oscar the story of how he came into the world.’