MILAN — Woolrich is expanding its corporate social responsibility strategy with a new initiative.

The outerwear brand has teamed with 1% for the Planet, the nonprofit organization established by Yvon Chouinard and Craig Mathews, founders of Patagonia and Blue Ribbon Flies, respectively, to create the Woolrich Outdoor Foundation.

Based on the same principle that inspired 1% for the Planet — protecting the planet that gives companies the resources to generate their profits — the new foundation will channel 1 percent of all its direct-to-consumer sales, both in physical stores and online, to activities aimed at revamping and enhancing urban spaces, as well as protecting forests and coastal areas.

According to Woolrich chief executive officer Stefano Saccone, in the first three years, the Woolrich Outdoor Foundation is expected to donate around $3 million to local nongovernmental organizations active in different cities and outdoor environments across the globe.

Saccone revealed the first project will be financed in New York and will involve the restoration of a green area within the city.

“The idea behind the Woolrich Outdoor Foundation is simple — we want to protect and safeguard outdoor spaces for the local communities,” said Saccone, adding that Woolrich employees, which number about 400 worldwide, will be actively involved in the projects developed by the foundation.

The establishment of the foundation reflects the company’s commitment toward corporate social responsibility. “We are boosting a fundamental shift in our business model. We are not only a profit-driven brand anymore, we are becoming also a purpose-driven one,” Saccone explained.

The executive, who joined Woolrich in July 2019, also highlighted how sustainability and responsibility are fully integrated in the company, reaching all the business areas.

In particular, Woolrich has the ambitious goal of significantly increasing the percentage of responsible materials, including organic, recycled and regenerated wool, down and cotton, used for the brand’s collections from the current 15 percent to 55 percent with the fall 2022 lineup.

At the same time, while the company is focusing on making its infrastructure greener, it launched a pilot program, called Care & Repair, currently available exclusively at the Milan flagship, aimed at extending the lifespan of products. “Our garments are designed to last, they are resistant and durable, but with this program we want to guarantee a further service to our consumers giving them the chance to keep their loved items in perfect conditions as longer as possible,” Saccone explained. 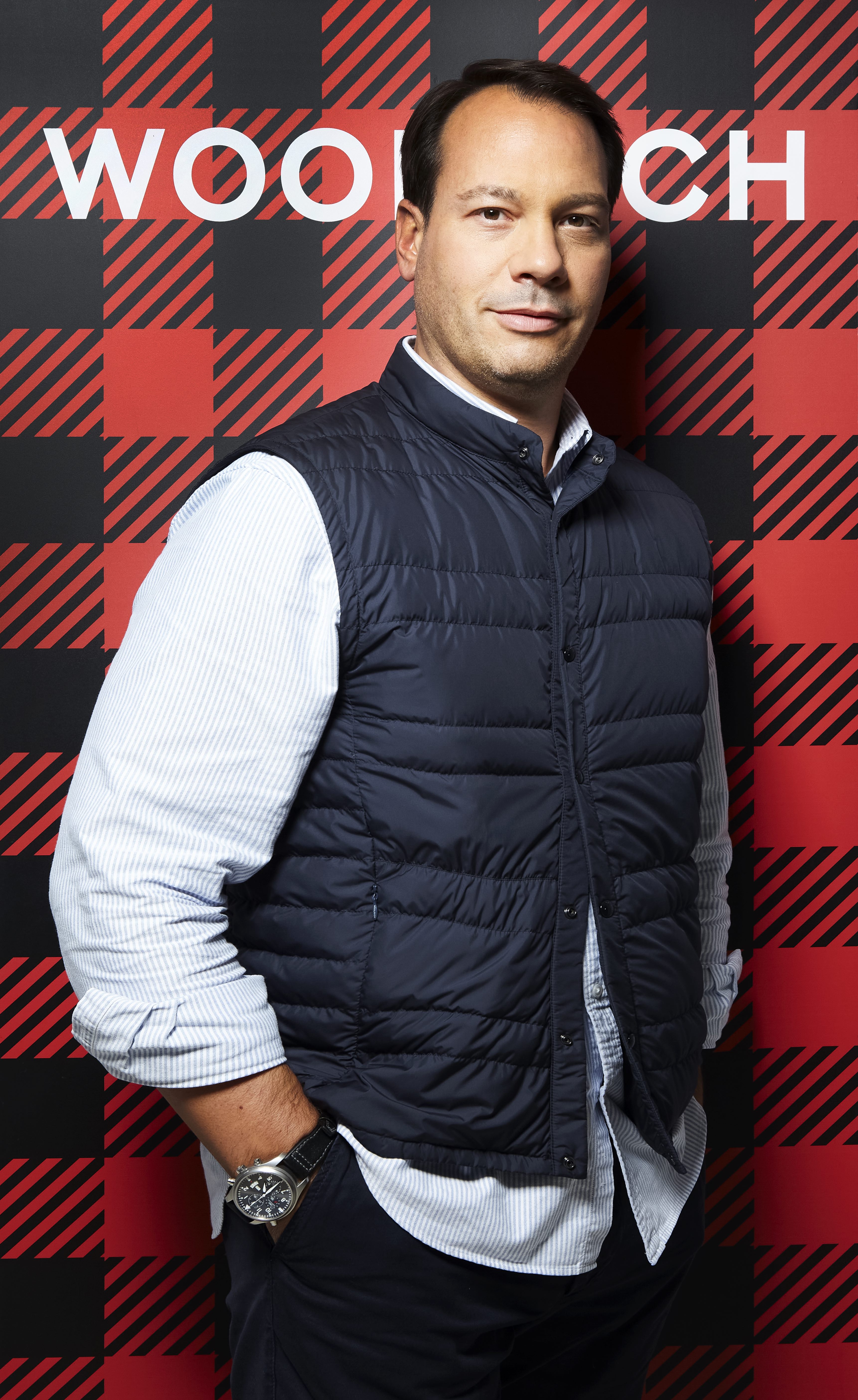 Even if he couldn’t provide figures — in 2018 Woolrich was acquired by L-Gam, a Luxembourg-based investment firm backed by the princely family of Liechtenstein — Saccone said Woolrich posted losses in 2020 in line with the overall performances of the market. However, while the brand suffered from the imposed closures of its stores across the globe — Saccone said that in Europe, Woolrich shops have been closed 25 percent of the total trading days and the percentage was higher, between 35 and 40 percent; in the U.S., e-commerce performed above expectations. Last year, the brand’s online business increased 50 percent compared to 2019 and in the months of October, November and December it posted a 90 percent gain in sales compared to the same period the previous year.

“I expect a very positive rebound in 2021, confirmed but the positive feedback we got from the stores when they were open,” said Saccone, who’s expecting the company to post an increase in sales of between 15 and 20 percent this year, compared to 2020.

Saccone also said Woolrich, which operates a retail network of 32 doors, is going to revamp some of its European boutiques, in particular Amsterdam and Munich, with a new store concept.

At the same time, taking advantage of the opportunities offered by the retail real estate market, Saccone said Woolrich plans to open a series of pop-up stores for the fall 2021 season. “However, we are being very thoughtful and data-driven in our business decisions,” Saccone said.