With the NBA draft almost upon us, you may be wondering whosome of the top prospects are. Some of the most impressive players that people are watching ahead of the draft were also stars during college basketball season.

The annual draft is scheduled for June 20th at the Barclays Center in Brooklyn, New York and will feature thetop prospects from the best college programs in the country as well as some international players. Here are some of the stars from college ball who we can’t wait to see in the NBA next season. 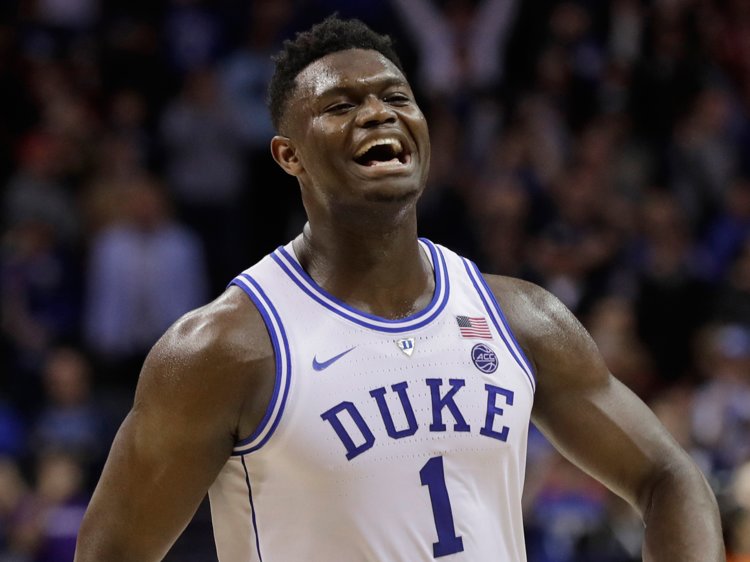 When a major network decides todedicate a camera solely to you during the NCAA tournament, chances are you’re a pretty big deal.

Williamson drew intense media attention during his time at Duke for a good reason. The presumptive number-one-overall pick in this year’s draft possesses explosiveness, power, and quickness which has manydrawing comparisons to another baller who entered the league with a ton of hype — LeBron James.

The freshman ended his college career with asweep of the major college basketball awards including AP Player of the Year, the Naismith Award, and the John R. Wooden Award. 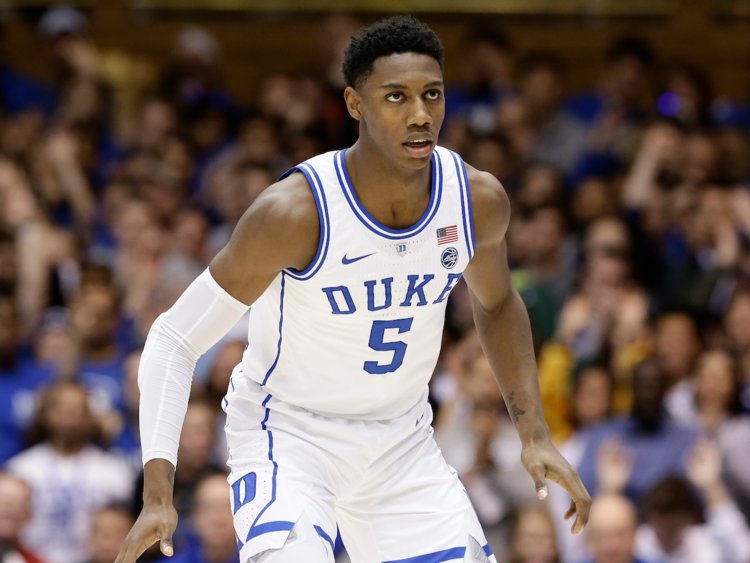 RJ Barrett proved was special when hebroke the Duke freshman record for points scored in a debut by dropping 33 against the then number two in the nation Kentucky Wildcats in the season-opening Champions Classic last November.

The athletically gifted Canadian can guard multiple positions and brings the intensity on defense. He led the Atlantic Coast Conference byaveraging 22.6 points and 7.6 rebounds. 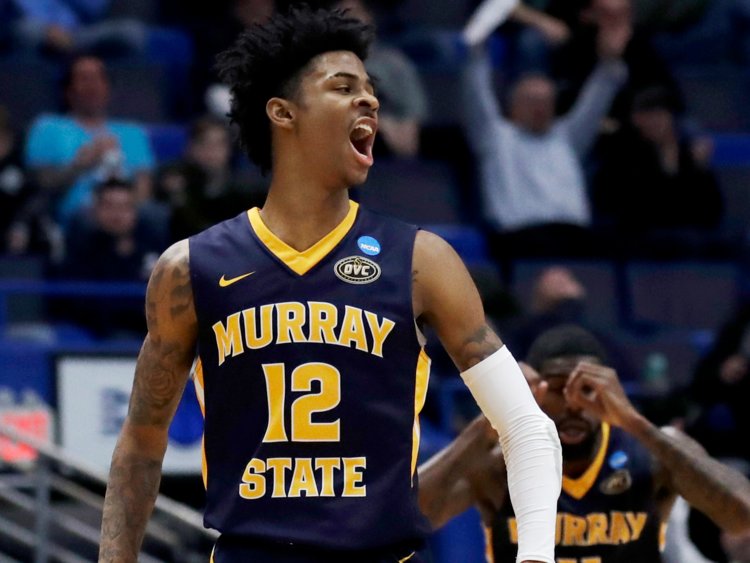 Murray State is probably not the first name that comes to mind when you think of college basketball powerhouses, but Ja Morant made a strong case for the Racers this past season.

Morant was the 2018-19 Ohio Valley Conference Player of the Year as well as a finalist for the Wooden and Naismith Awards. 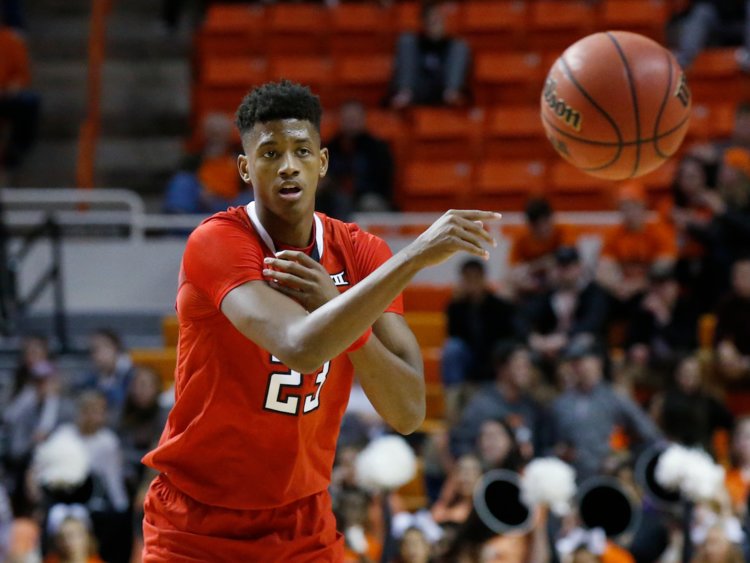 Culver is a hometown hero. The 20-year-old from Lubbock, Texas led the Red Raiders of Texas Tech to thenational title game where they fell to the University of Virginia — this after the team lost five of their top six scorers from the previous season. 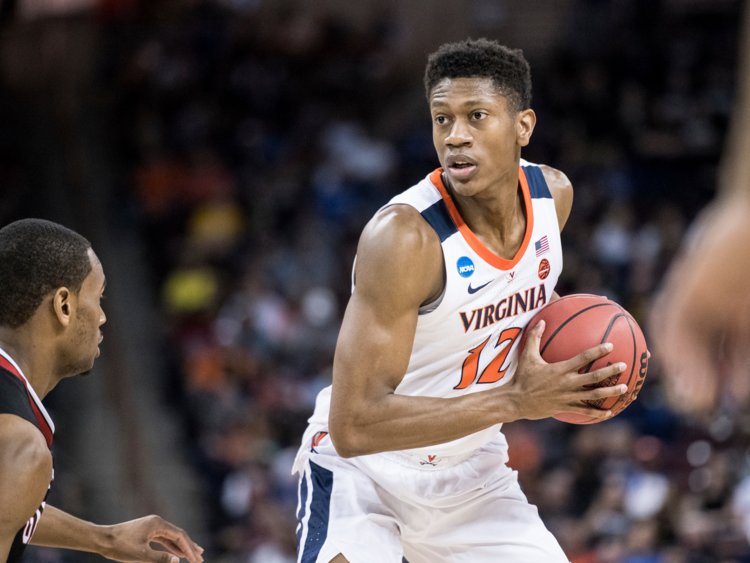 The University of Virginia Cavaliers earned the dubious distinction in 2018 of becoming the first No. 1 seed tolose to a No. 16 seed in a stunningly lopsided loss to Maryland-Baltimore County, 74-54.

This year they redeemed themselves by clinching the title against Texas Tech. The difference might be Hunter, whobroke his wrist just before the start of last year’s tourney. The redshirt sophomorecontributed an average of 15.2 points, 5.1 rebounds, two assists, and a blistering 52 field-goal percentage to his team, earning himselfACC Defensive Player of the Year. 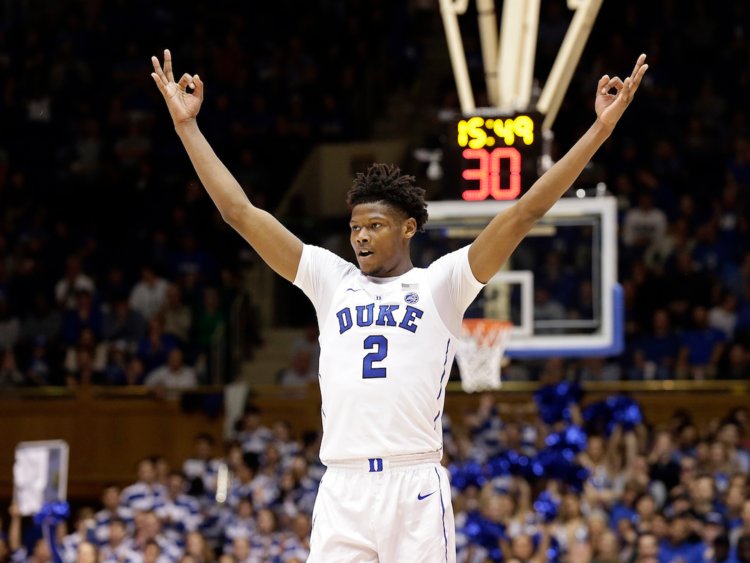 Duke alum and ESPN analyst Jay Williamssaid that, “Cam Reddish has the potential to be the best pro prospect in this class because of the things like that — 6-foot-9, 7-foot-1 wingspan, can shoot the ball well from the outside.”

Unfortunately Reddish got a bit lost in the Duke shuffle with Williamson and Barrett, and his numbers weren’t as impressive. But moments like his27-point performance in a loss to the North Carolina Tar Heels are a reminder that Reddish can be a force. 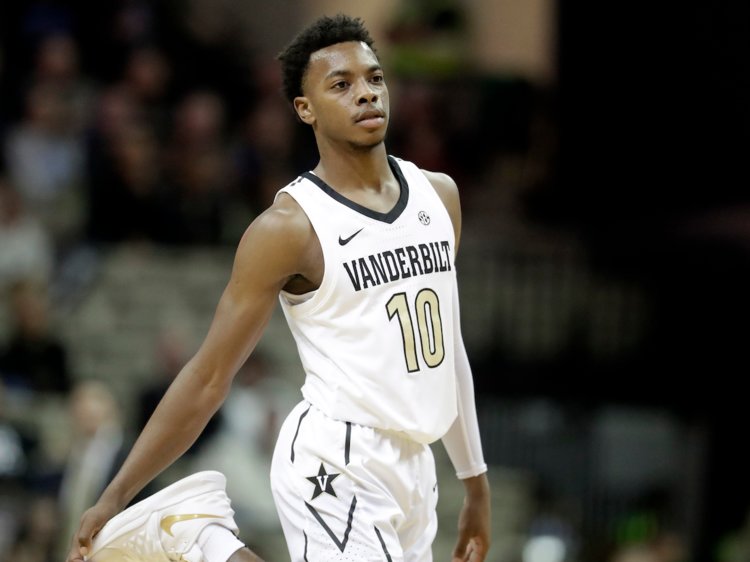 Garland declared for the NBA draft way back in January after withdrawing from Vanderbilt. The decision came after hetore his meniscus in a November game against Kent State. Garland only played five games for the Commodores butaveraged 16.2 points, 2.6 assists, and 3.8 rebounds including a 33 point outburst against Liberty.

The NBA is also in his bloodline. His father,Winston Garland, played for several teams during his seven-year career. 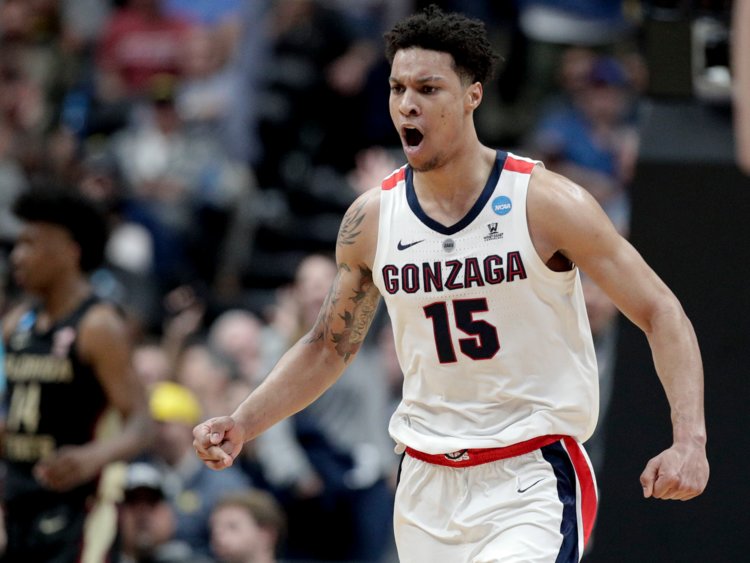 Clarke hails from Vancouver, Canada and was a transfer from San Jose State. He sat out a season before starting for Gonzaga and dominating. Clarke shot a scorching 68.7% from the field whileaveraging 16.9 points, 8.6 rebounds, and 3.2 blocks.

His accolades includeWest Coast Conference Defensive Player of the Year, Newcomer of the Year, andThe Ringer did a deep dive on his incredible season. 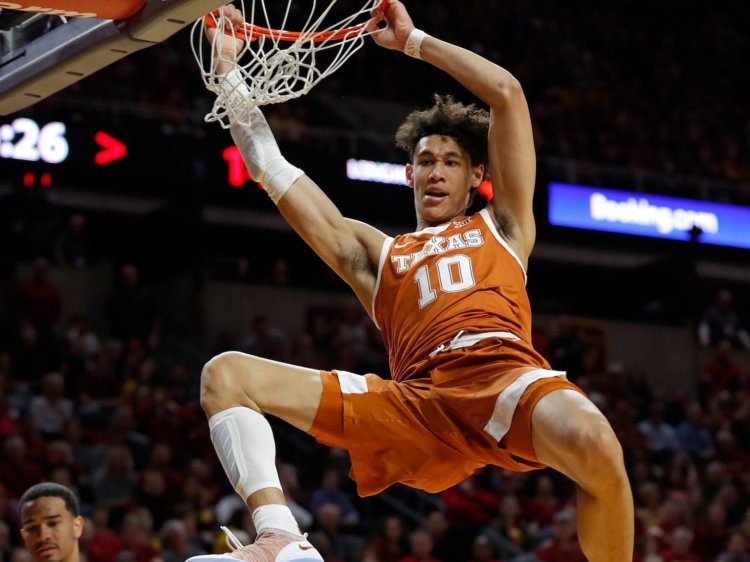 The Big 12 Freshman of the Year wasborn to be an athlete. His father Jonathan played tight end in the NFL and works as a coach and his mother,Kristi, played college basketball at Drake University. During his year at Texas, Hayes had a ridiculous 72.8field goal percentage. He, unfortunately, suffered aknee injury in the Big 12 Tournament against Kansas but could do some real damage in the NBA if healthy. 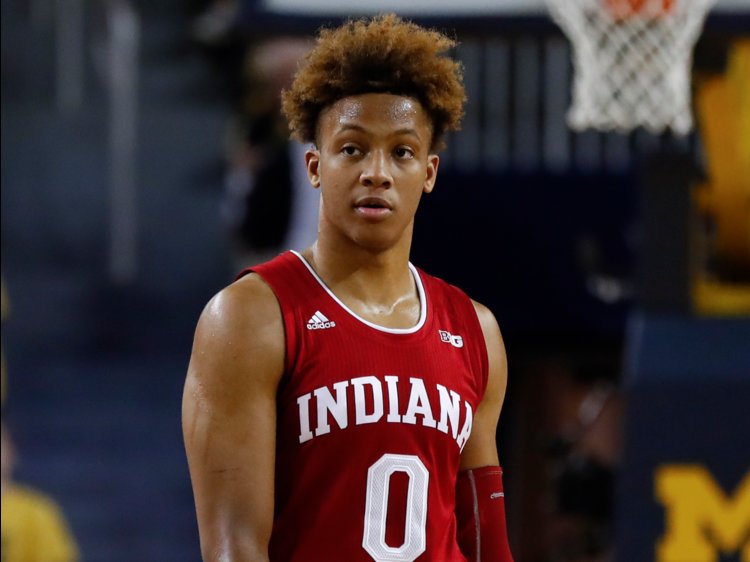 Langford is the ultimate Hoosier. He won a state championship as a sophomore at New Albany High School and was namedIndiana’s Mr. Basketball. His season ended with aback injury against Ohio State in the Big Ten tourney, but Langford was named to the conference All-Freshman team. Hescored 16.5 points along with 5.4 rebounds and 2.3 assists in his sole season at Indiana. 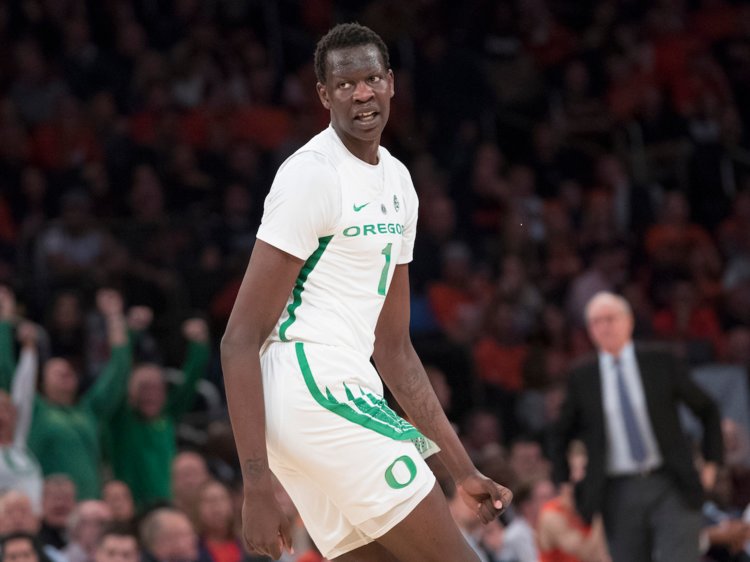 If the name Bol rings a bell, you might be thinking of Manute, the 7-foot-7 Sudanese-born NBA player who made history as one of thetallest players in the league. The 7-foot-2 two Bol Bol is hoping to continue his father’s legacy.

He only played nine games for the Oregon Ducks before beingsidelined by a foot injury. Bolaveraged 21 points, 9.6 rebounds, and 2.7 blocks, with a 56.1 field-goal percentage and shooting an unreal 52 % from three. 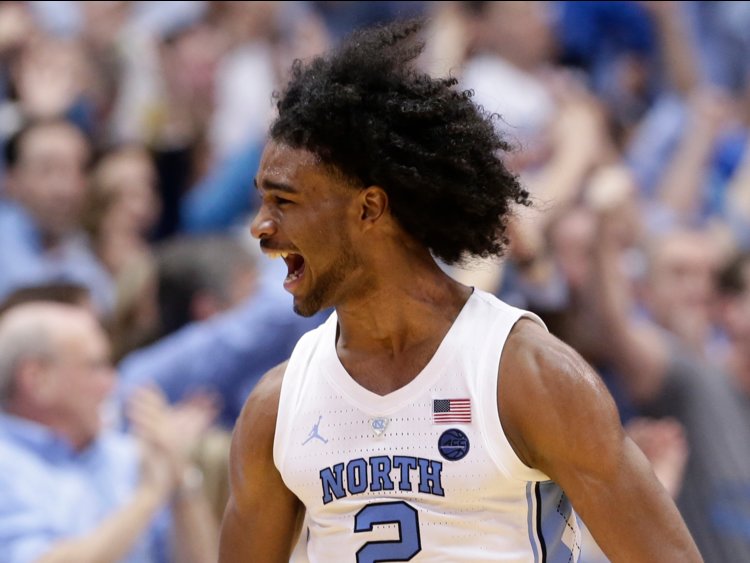 Coby White has probably thebest hair entering the draft. And he’s a pretty good player too. The 6-5 guardaveraged 16.1 points and 4.1 assists per game, including three 30-point performances against Texas, Miami, and Syracuse. All this while playing for the high-profile North Carolina Tar Heels in what might be the toughest conference in college basketball. 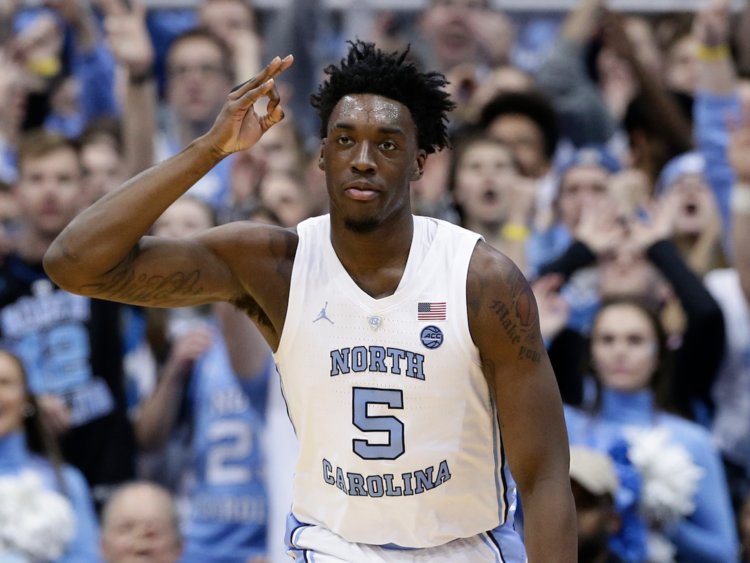 Another UNC Tar Heel is hoping to make a splash in the NBA. He showed toughness in the NCAA tournament by perseveringthrough the flu before the Heels bowed out against Auburn. Hisstat line is not the most impressive — 9.8 points, 4.6 rebounds, 0.7 assists — but the 19-year-old has undeniable athleticism. 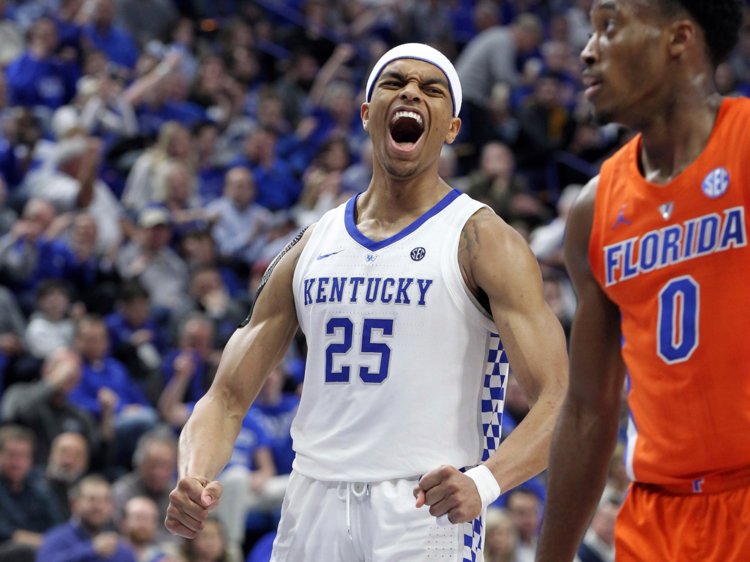 Washington upped his already impressive game from his freshman year by turning into the go-to player for the Kentucky Wildcats. He was named to the Southeastern Conference’s All-SEC First Team afteraveraging 15.2 points and 7.5 rebounds. Washington dramatically improved his three-point shooting as well, going from 23.8 to 42.3%.