ADIDAS have sparked further excitement for the delayed Euro 2020 by releasing a series of away shirts.

Supporters have had to bide their time before the big unveil of latest kits that they hope will help create a slice of history during this summer's tournament. 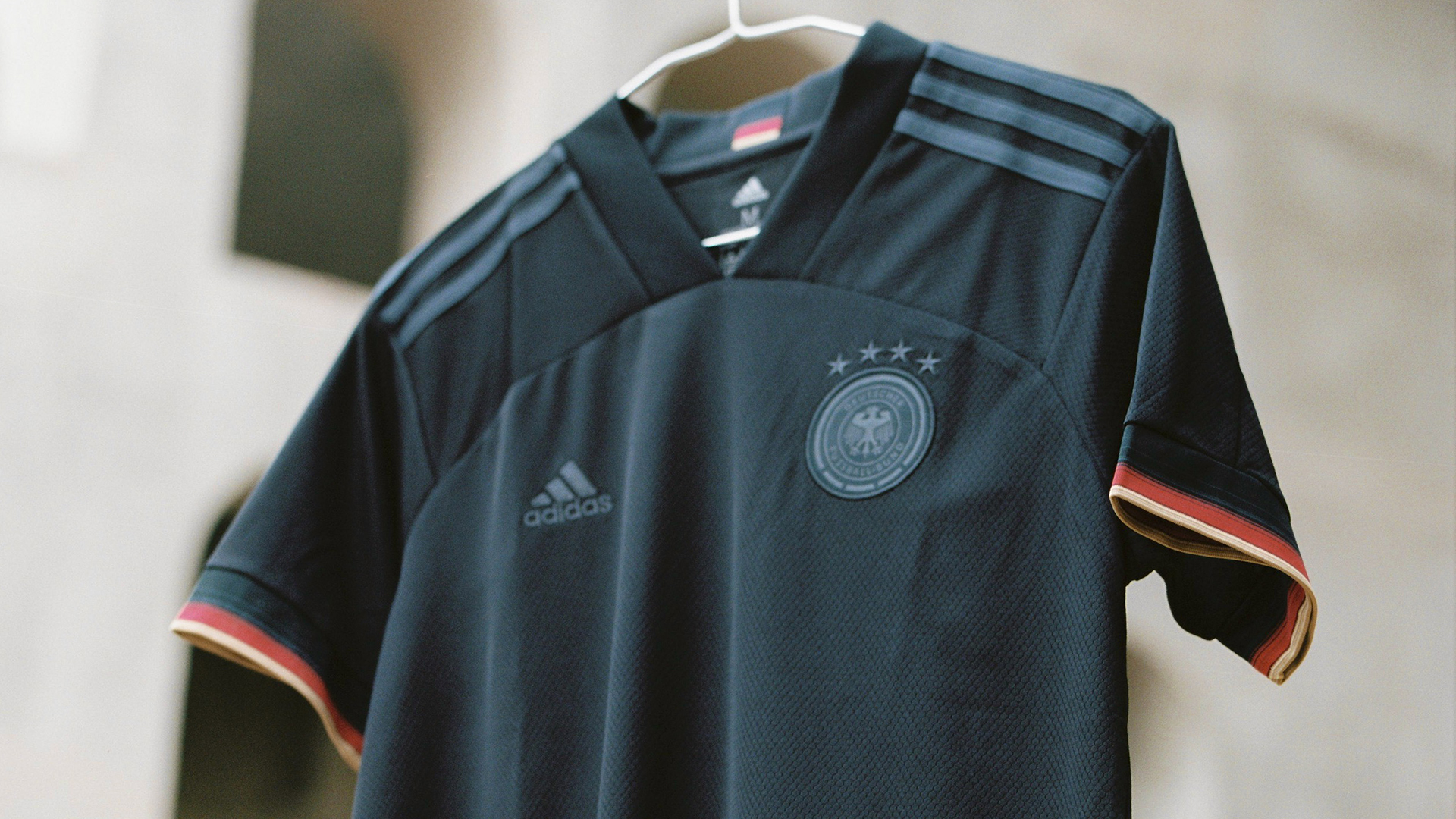 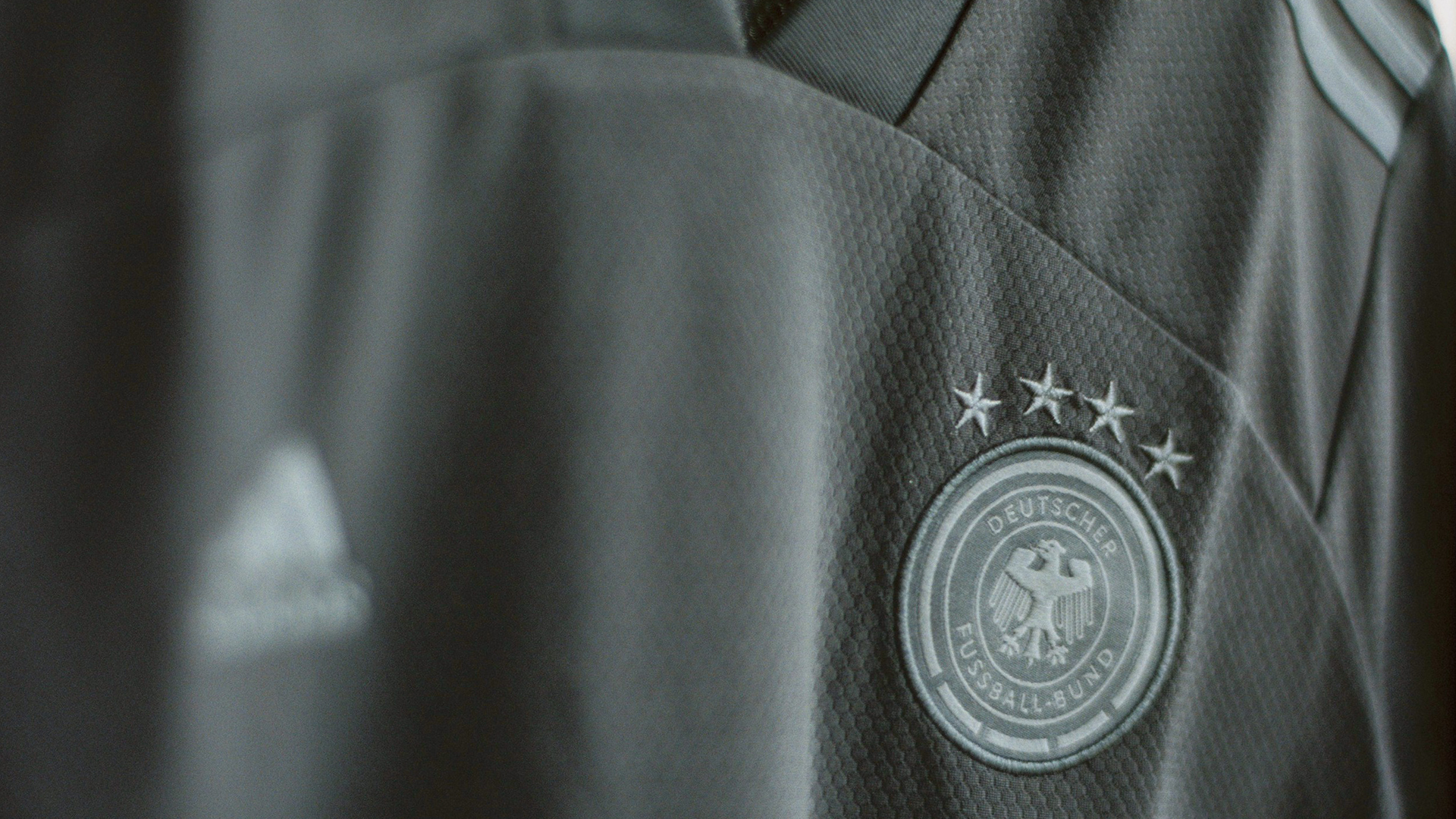 Now the wait is over for fans of nations sponsored by adidas.

For the first time in 10 years, Germany will be back in black in a throwback to the 2010 World Cup.

A classic for football purists, adidas have given it a modern revamp with 'the inclusion of charcoal-grey coloured branding and crest detailing for a completely blacked-out look.'

They have also adopted the colours of Germany's flag on the sleeves to give it a more personalised look.

The last time Germany wore their black strip, they finished third at the 2010 World Cup, controversially knocking England out along the way.

For Spain adidas wanted to adopt a Spanish style that is influenced by their sleek, innovative football.

They produced a smart white and grey design that includes Spanish flag colours on the sleeves, as well as detailing on the neck in honour of the 100th anniversary of the first usage of a lion on Spain's jersey in 1920.

They add 'The RFEF away jersey centres on an eye-catching hand-painted graphic, inspired by the expressive and creative nature of the Spanish National Team.' 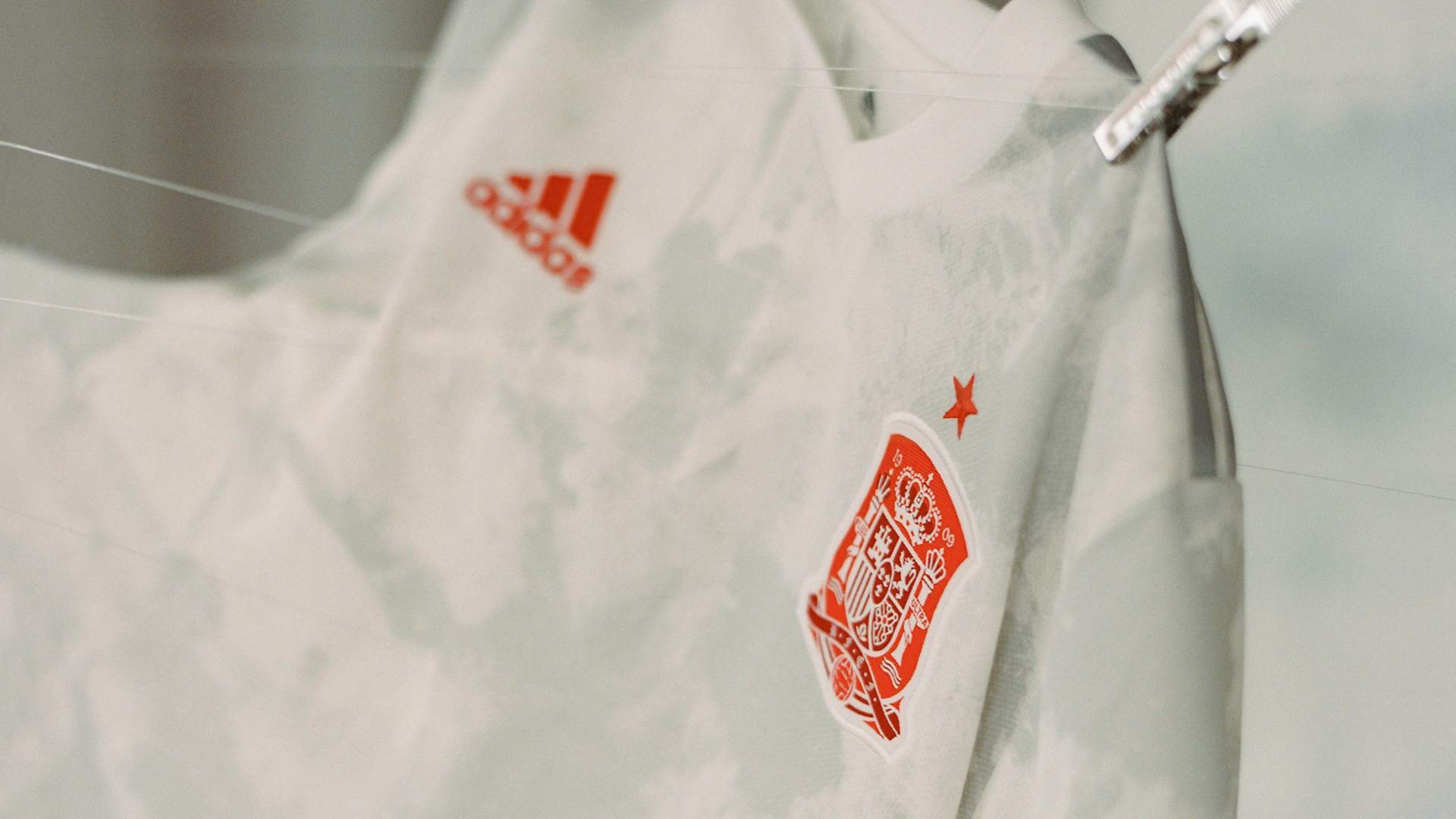 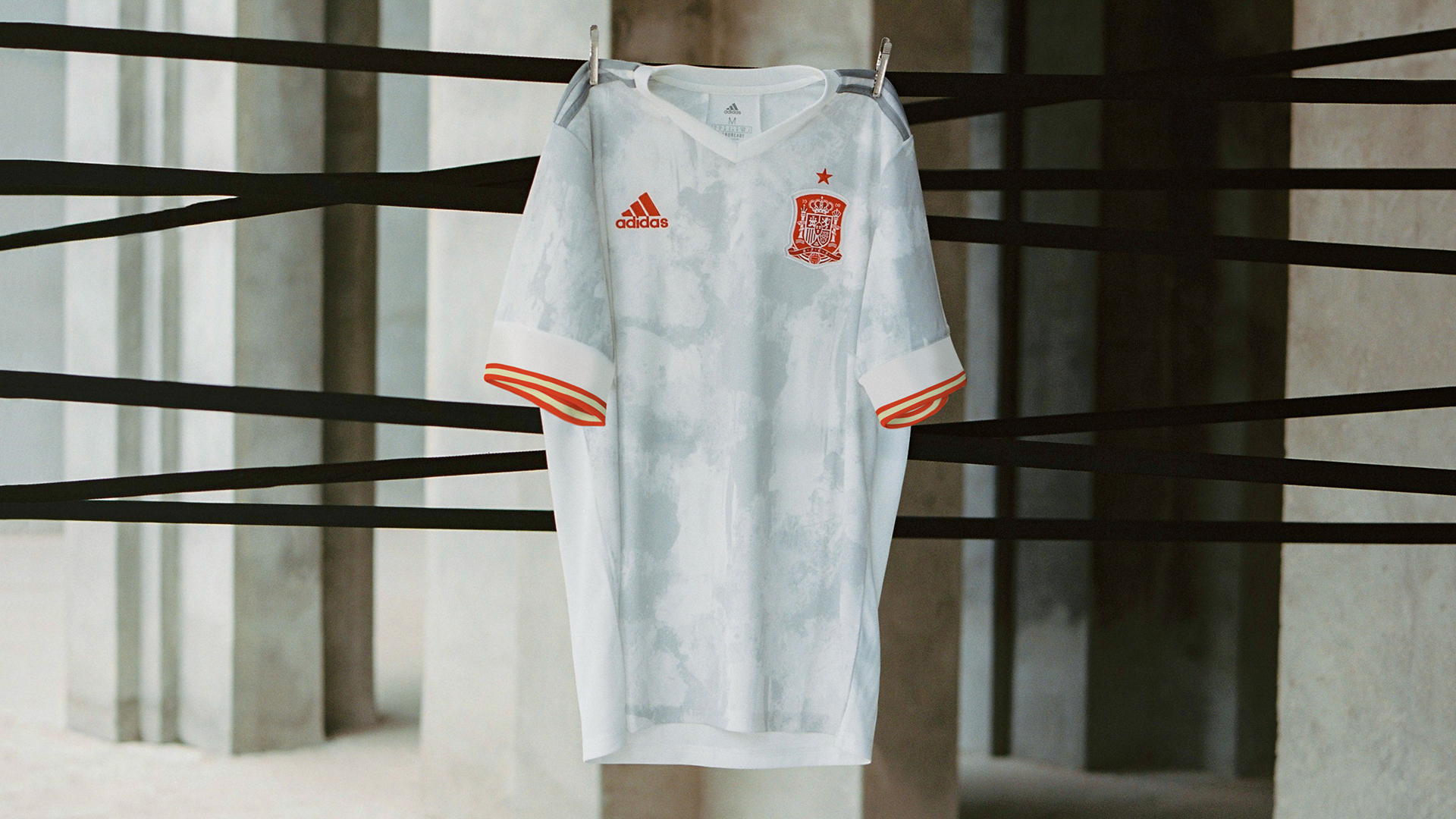 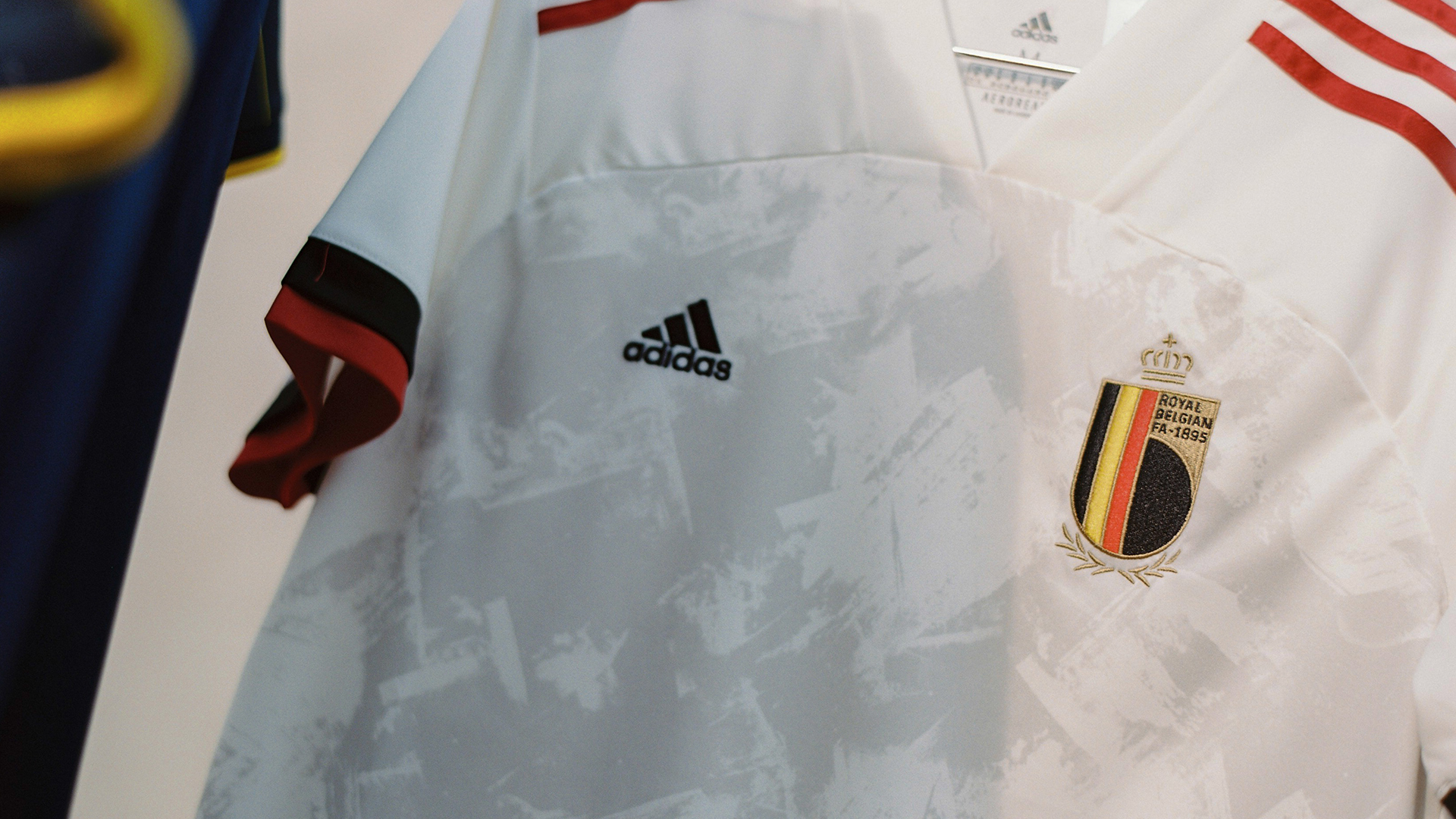 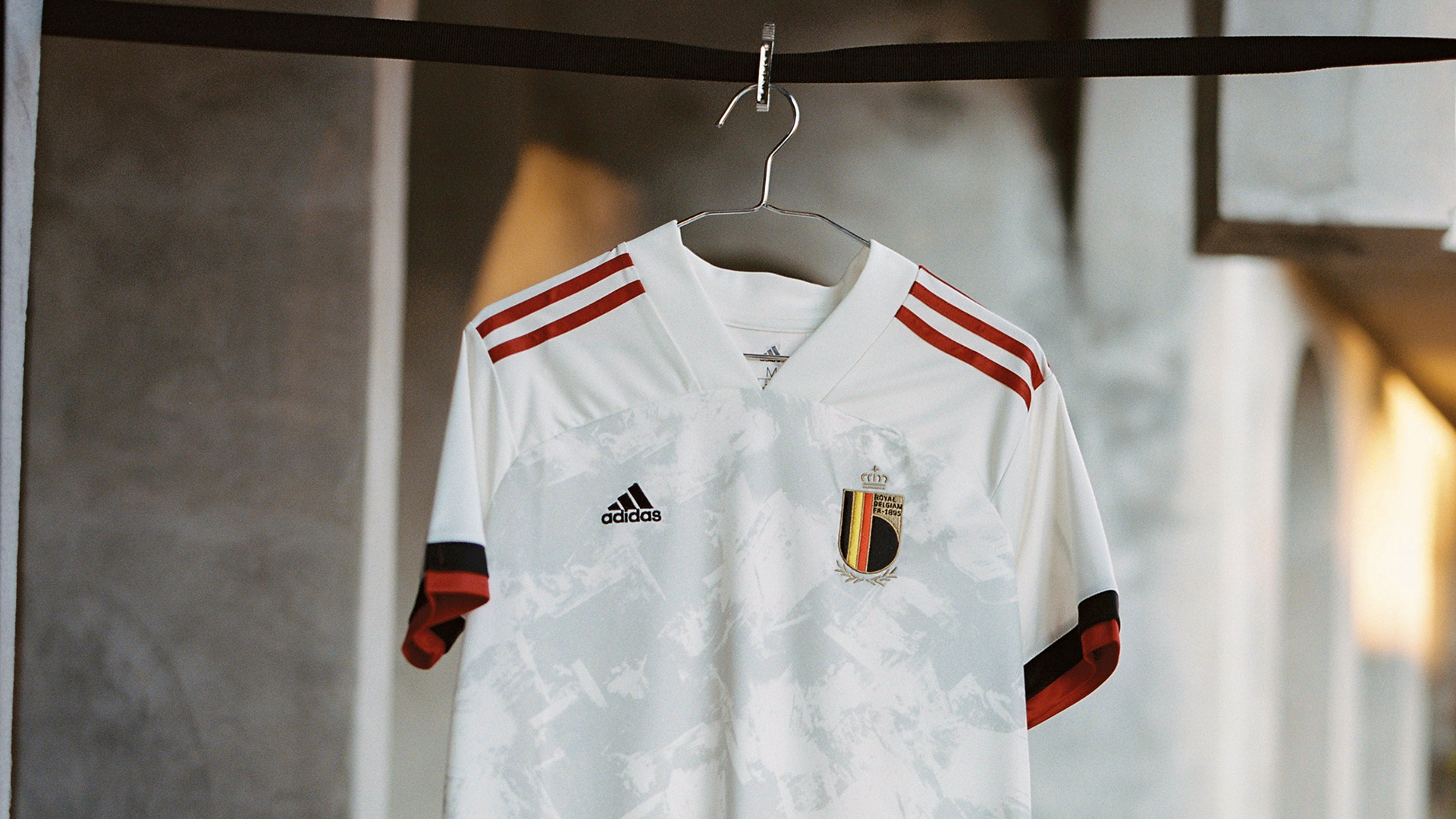 The design, however, is very similar to that of Roberto Martinez's Belgium.

The two giants of international football already have similar red home shirts and there is little to separate the away kits.

Similar colour patterns have been been used using a hand-painted graphic that covers both the front and back of the shirt.

Zlatan Ibrahimovic will come back out of international retirement wearing Sweden's new-look 'minimalist' away design. 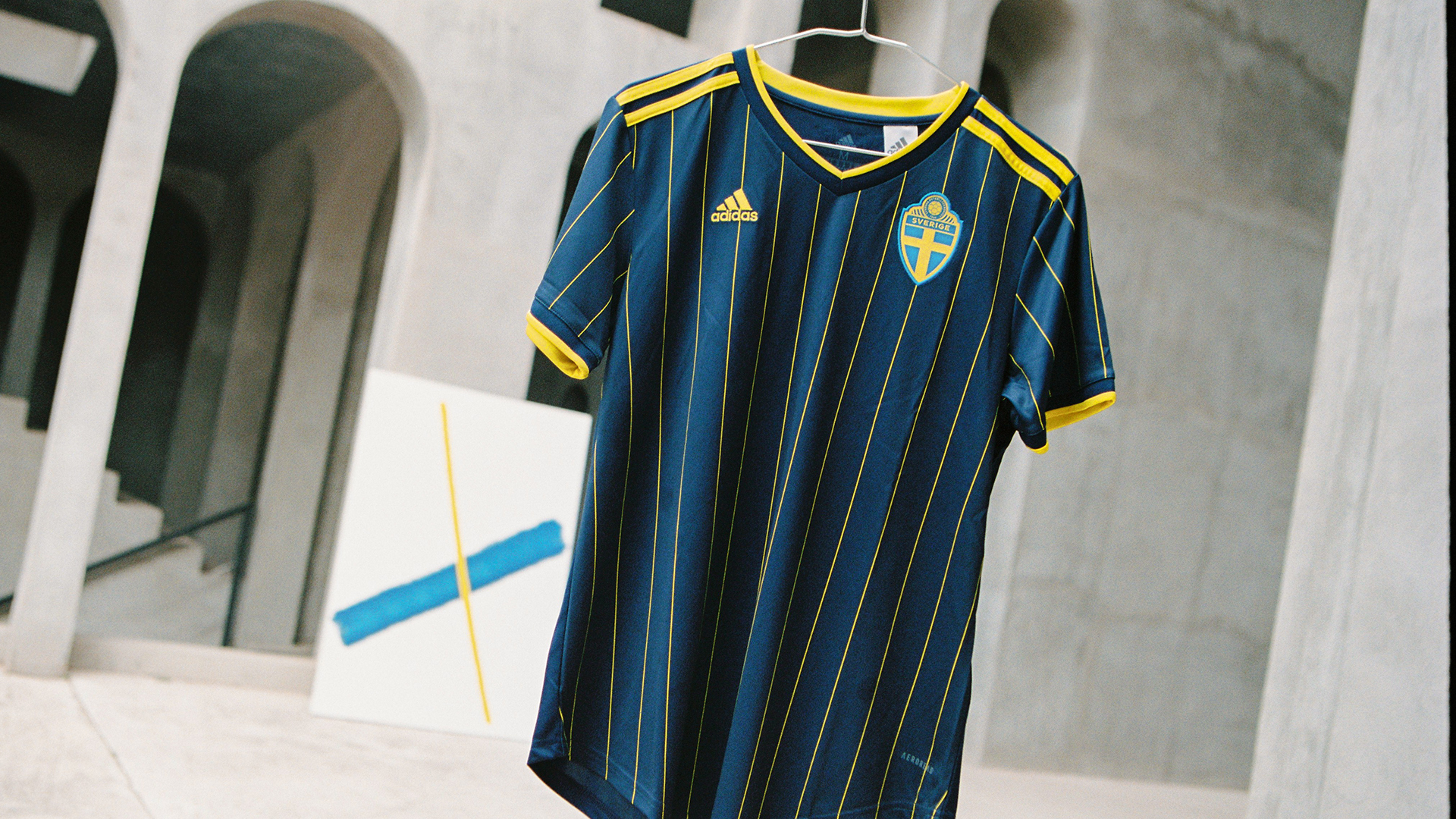 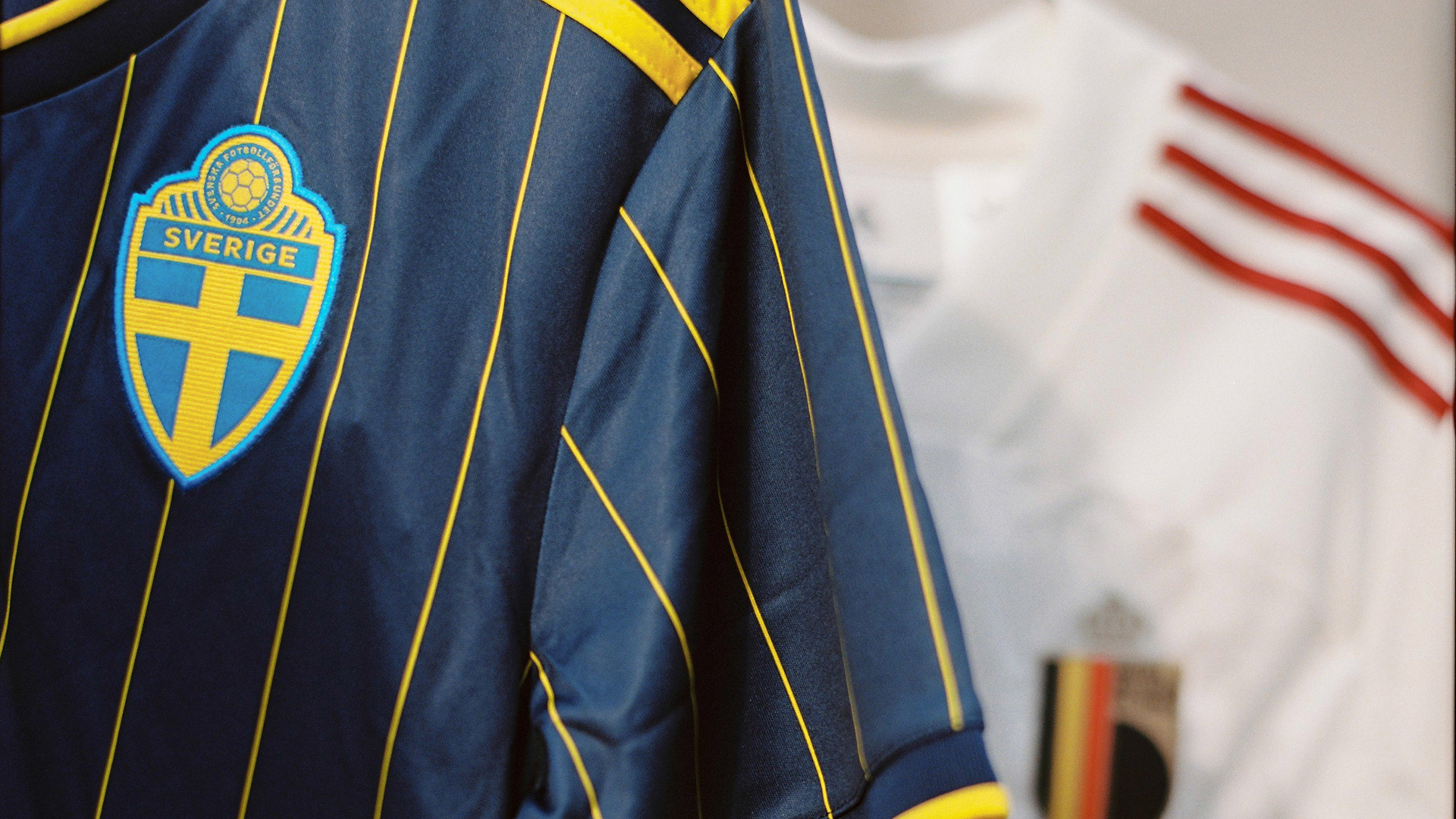 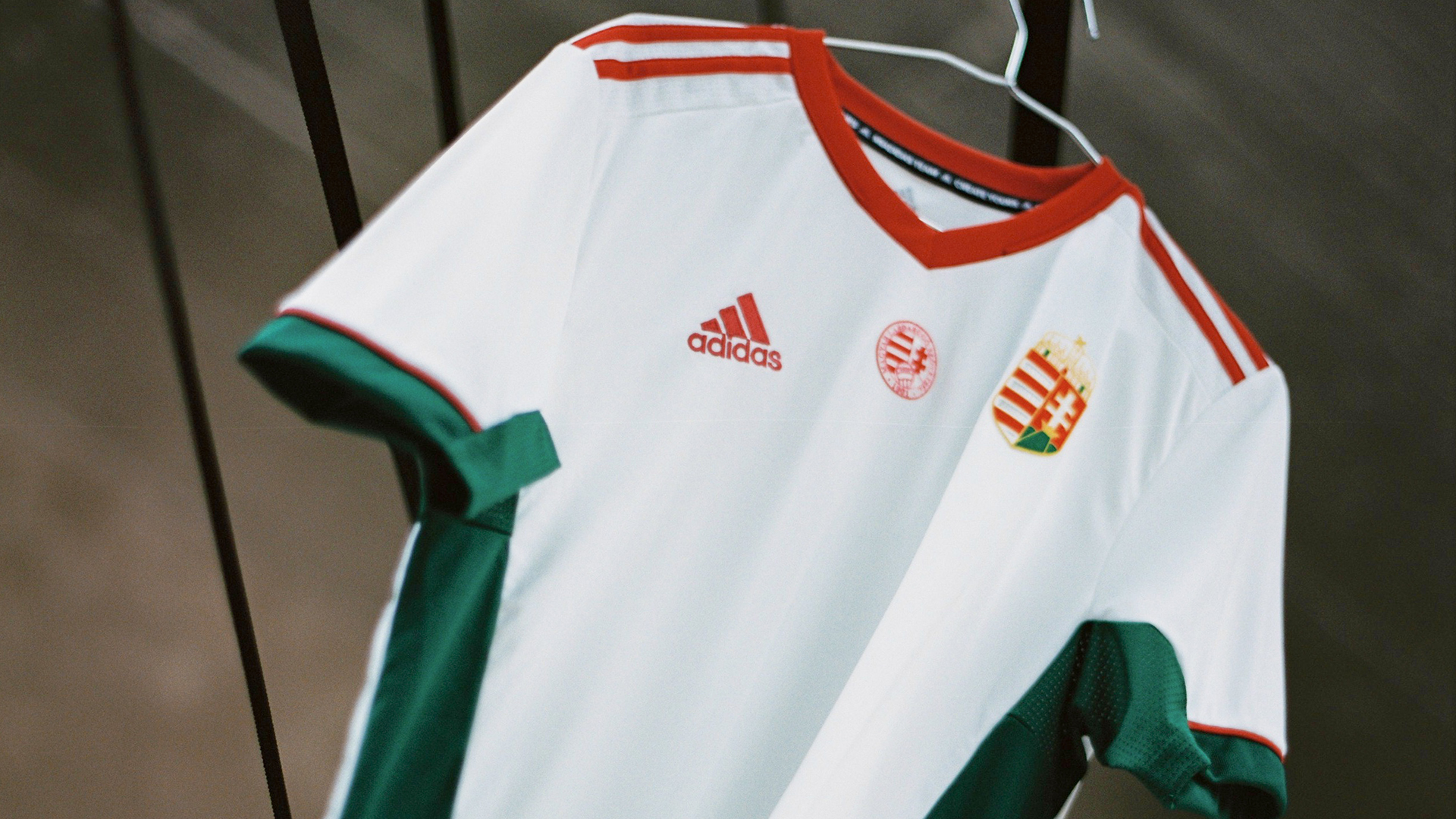 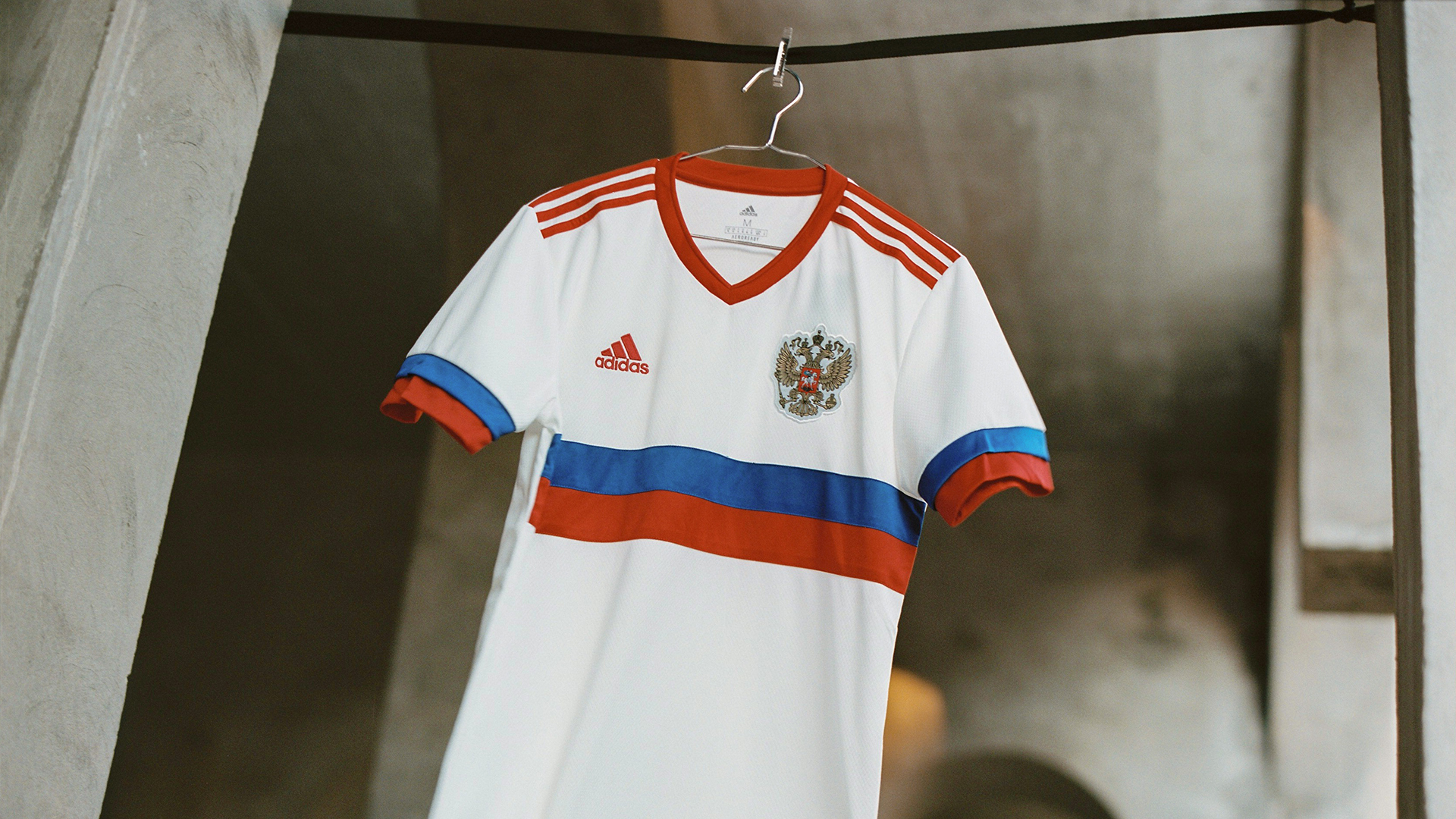 The dark blue design includes timeless yellow pinstripes that 'unites class and modernity to create a bold and impactful effect.'

Hungary's away shirt features a block-white design with a dark green trimming under the arms and down the side.

And finally Russia have also adopted a dominant white colour design with a blue and red stripe across the chest.

It appears fans of Scotland and Wales will need to wait a little while longer before adidas release images of their shirt.

Although adidas say Wales' golden-tone jersey is a 'modern interpretation of a look introduced by adidas in 1980.'