ANTHONY JOSHUA took a trip to the pub to support England in their European Championships quarter-finals against Ukraine.

The unified heavyweight world champion took time off training to get behind Gareth Southgate's Three Lions. 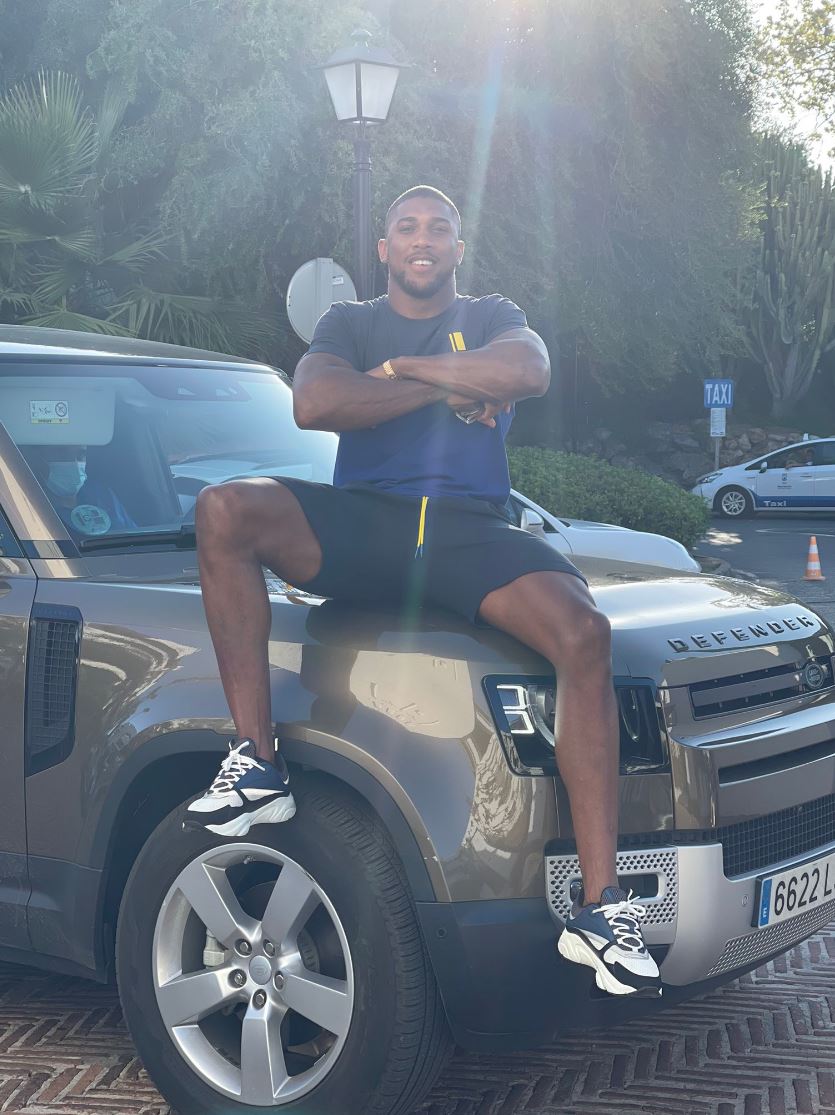 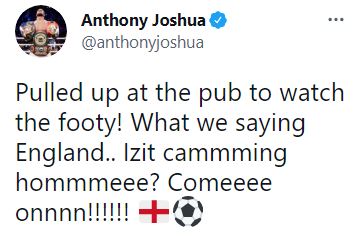 Posing on a Range Rover, Joshua, 31, posted: "Pulled up at the pub to watch the footy!

England got off to the perfect start as Raheem Sterling set up skipper Harry Kane to open the scoring.

Meanwhile, Joshua was recently pictured in Spain playing football with some of the locals as he enjoyed his sunny getaway.

AJ is set to return to the ring in September against mandatory challenger Oleksandr Usyk.

He was ordered by the WBO to face Usyk, 34, after his unification with Tyson Fury collapsed.

The Brits had agreed terms for a first-ever, four-belt heavyweight undisputed title decider.

But Fury, 32, had tried to walk away from a contracted trilogy bout with Deontay Wilder, 35, who took the dispute to arbitration.

Wilder, was later awarded the right to fight his heavyweight rival again, setting up a second rematch on July 24 in Las Vegas.

It means Joshua has another opponent and hurdle in the way of preventing him from boxing for all the marbles.