ARSENAL made it three wins out four in the Premier League this season after narrowly beating Sheffield United 2-1 at the Emirates.

The Gunners were toothless in the first half, and it was only until Nicolas Pepe came on that the North Londoners looked like scoring. 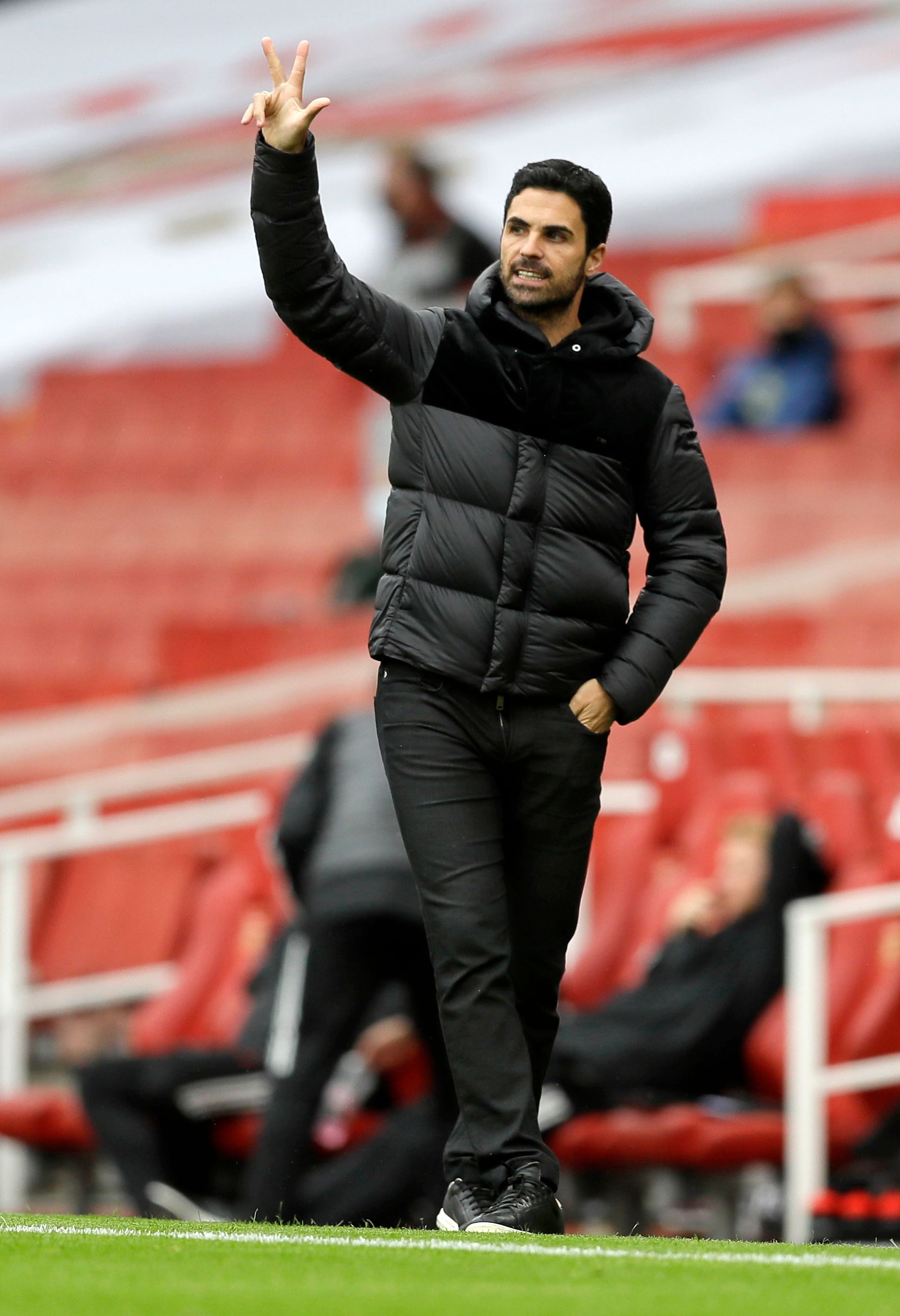 Mikel Arteta knows that he needs to bring in a creative midfielder before the window slams shut or Arsenal will not be finishing in the top four.

Despite David McGoldrick's late strike, Arsenal didn't look like throwing the game away, with the club looking much more solid defensively under Arteta's tutelage.

Here Jake Lambourne rates and slates the Arsenal players from their clash against the Blades.

Always alert to the danger and quick to offer himself as an outlet to his defence.

But he still needs to improve when the ball is at his feet. Could do nothing about McGoldrick's fine strike from distance.

Always bombed down the right channel and constantly made space for himself to be available.

Superbly picked out Saka and Pepe for their goals, though his defensive positioning must improve. 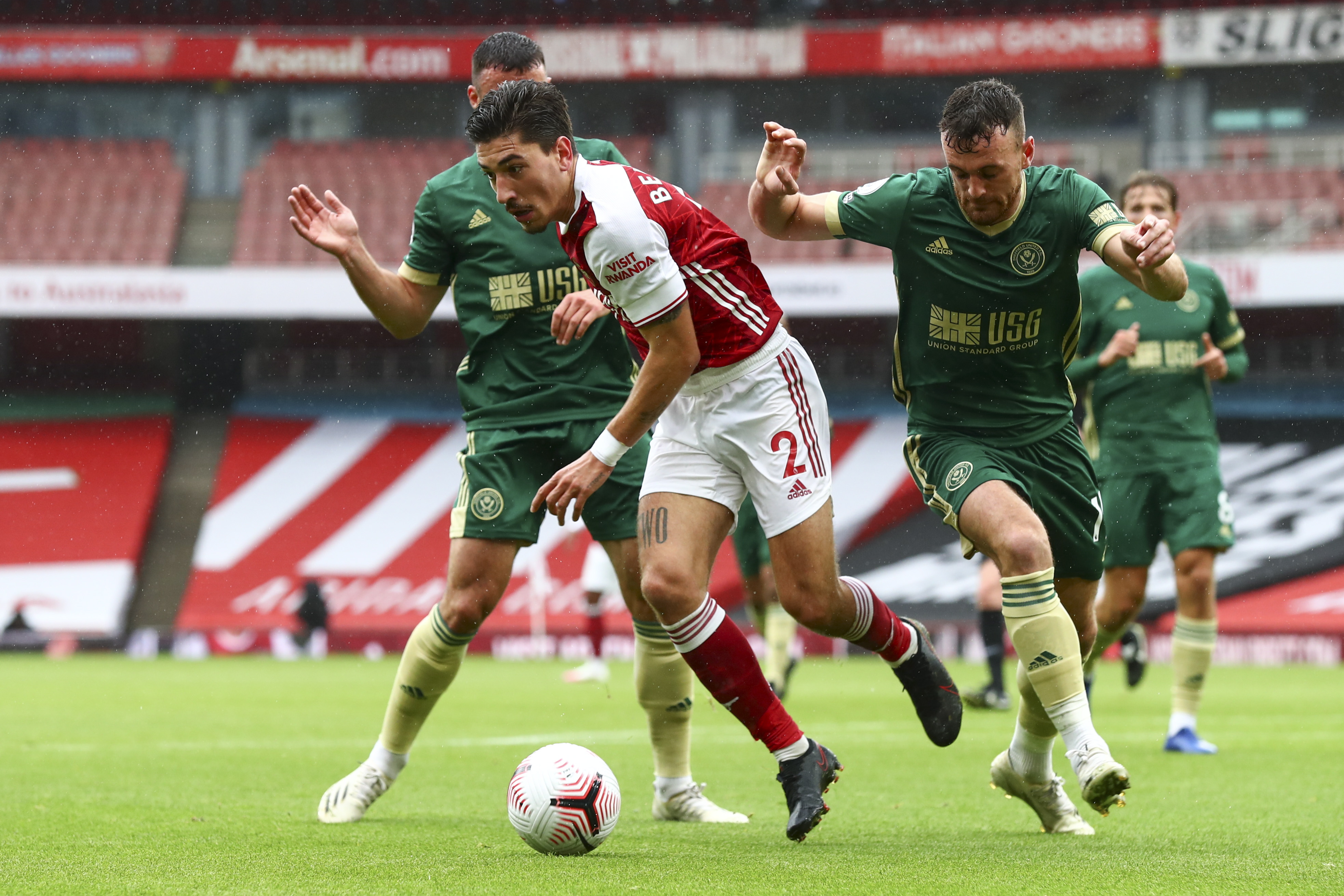 Should have been sent off after just five minutes for pulling back Oliver Burke as he closed down Leno.

But he regrouped well after, and sniffed out most of the danger that was presented to him.

Another impressive display from the Brazilian who was a rock at the back.

Commanding in the air and dominant in the tackle, he has seamlessly made the transition from French to English football.

A constant menace down the left channel with his crosses causing problems for the United defence.

Arsenal just look more solid at the back with Scottish international in their starting XI. 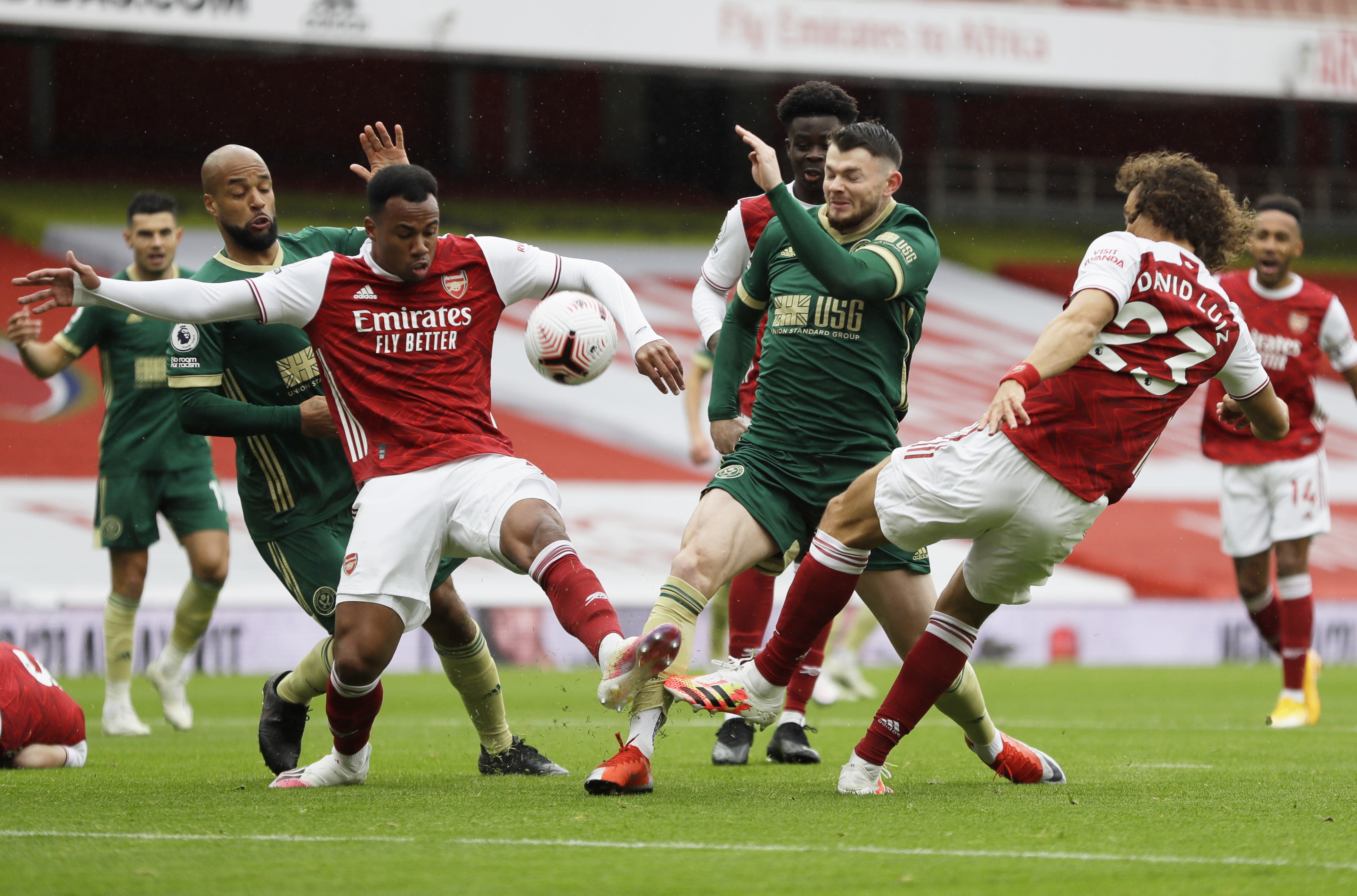 He capped off a fantastic week after being called up by the England senior side by scoring the opener as he dispatched his header from close range into the top left corner.

Not only did he help out the attack, he also tracked back constantly to help out Tierney defensively.

Neat and tidy in possession, the Egyptian international rarely gave the ball away.

A smart pass to Bellerin led to the opening goal of the game, and the ex-Basel man defended resolutely in the middle of the pitch.

Vindicated Arteta's decision to play him instead of Granit Xhaka.

Linked up well with Elneny and was constantly looking for a forward pass.

Struggled in the first half, but he grew into the game in the second period. 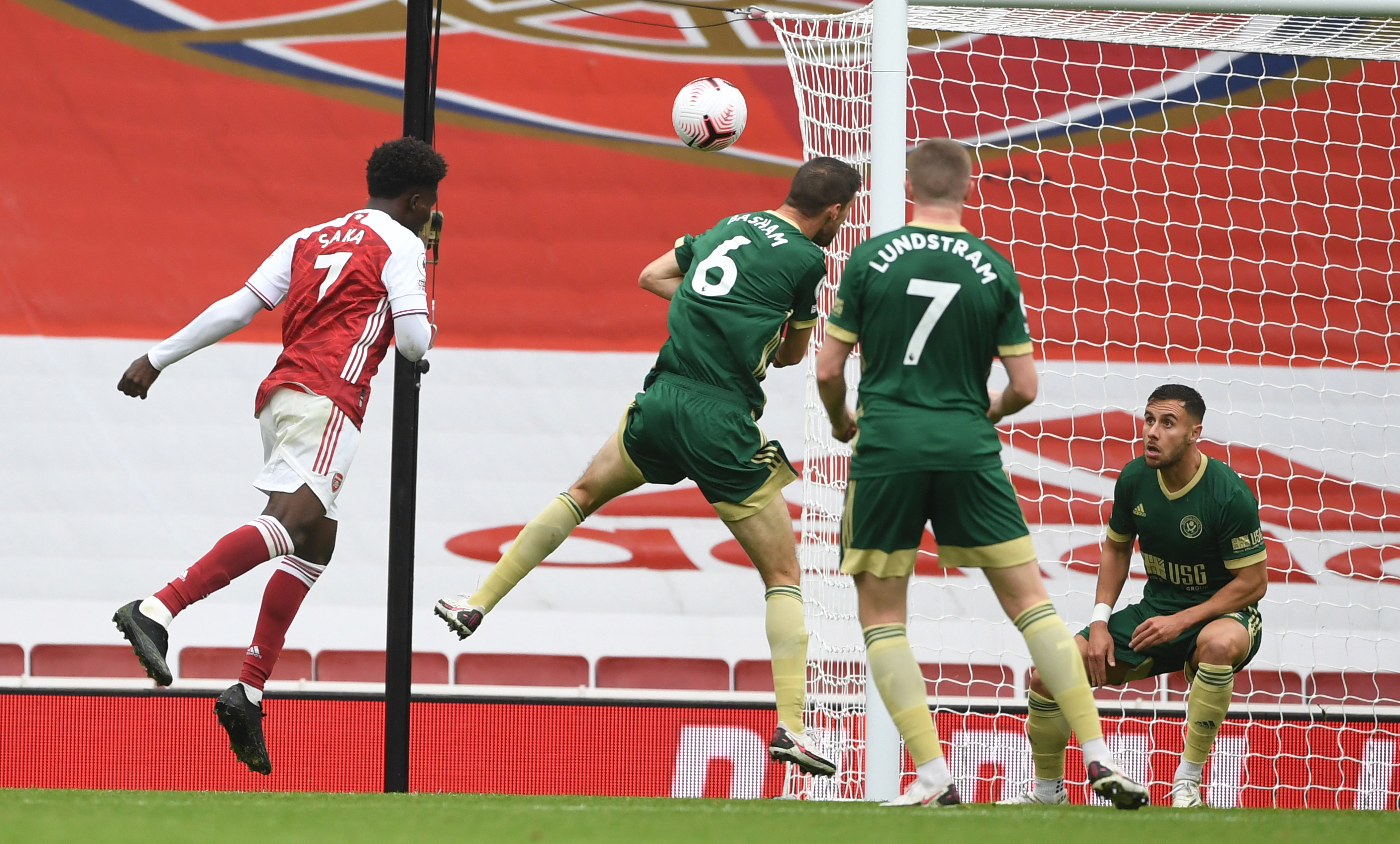 Other than a nice few switches of play, the ex-Chelsea ace was a passenger for most of the match.

It wouldn't come as a surprise if he finds himself on the bench in the next few games.

Another disappointing outing for the Gunners skipper who just couldn't get involved in the game.

A really poor performance from the Arsenal talisman.

Failed to take the most of his starting spot as he fed on scraps throughout the game.

Always chased the ball and was constantly running around, his work-rate and desire cannot be questioned. 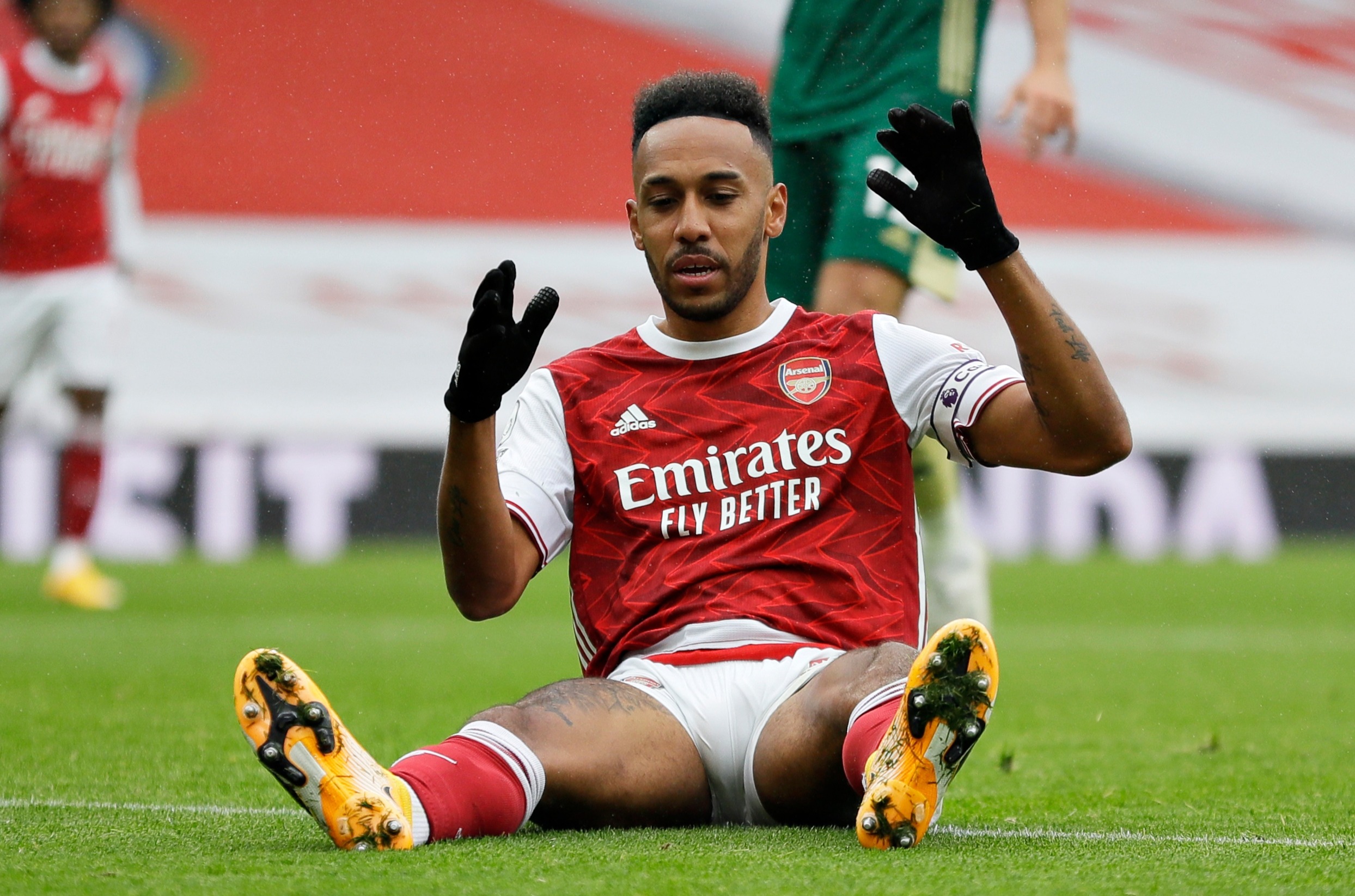 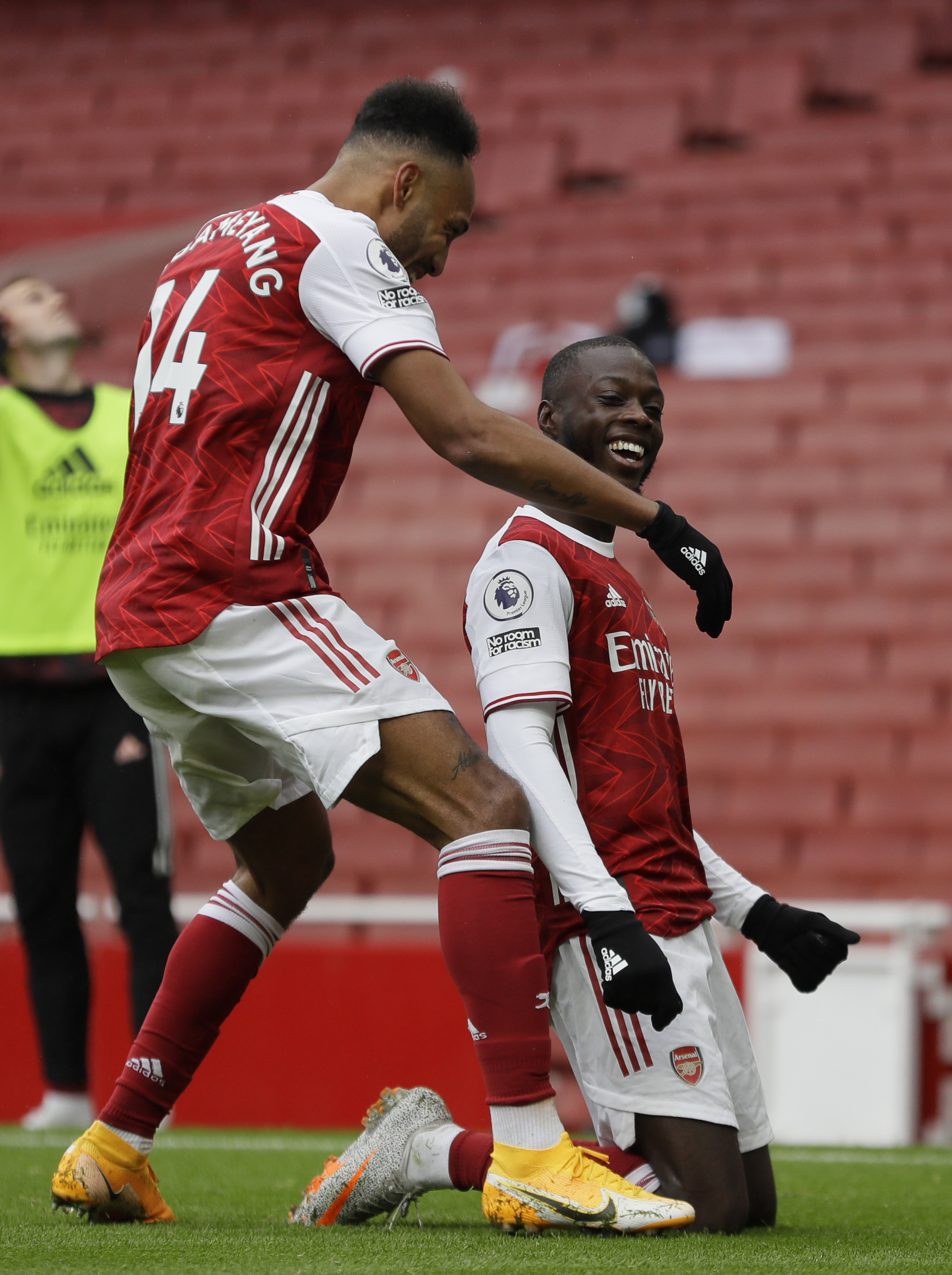 Played a part in Saka's goal before he expertly doubled Arsenal's lead with a clinical curling strike into the bottom left corner.

Surely must start against Manchester City in the first game after the international break.

Few nice passes in the middle, but had no real influence in the match.

Kept his position well, but ultimately too late for him to make an impact.