ARSENAL stayed just five points from the Premier League relegation zone with a 2-1 defeat at Everton on Saturday evening.

Dani Ceballos was the worst of a bad Gunners bunch while Ainsley Maitland-Niles staked his claim to start ahead of Hector Bellerin next time out. 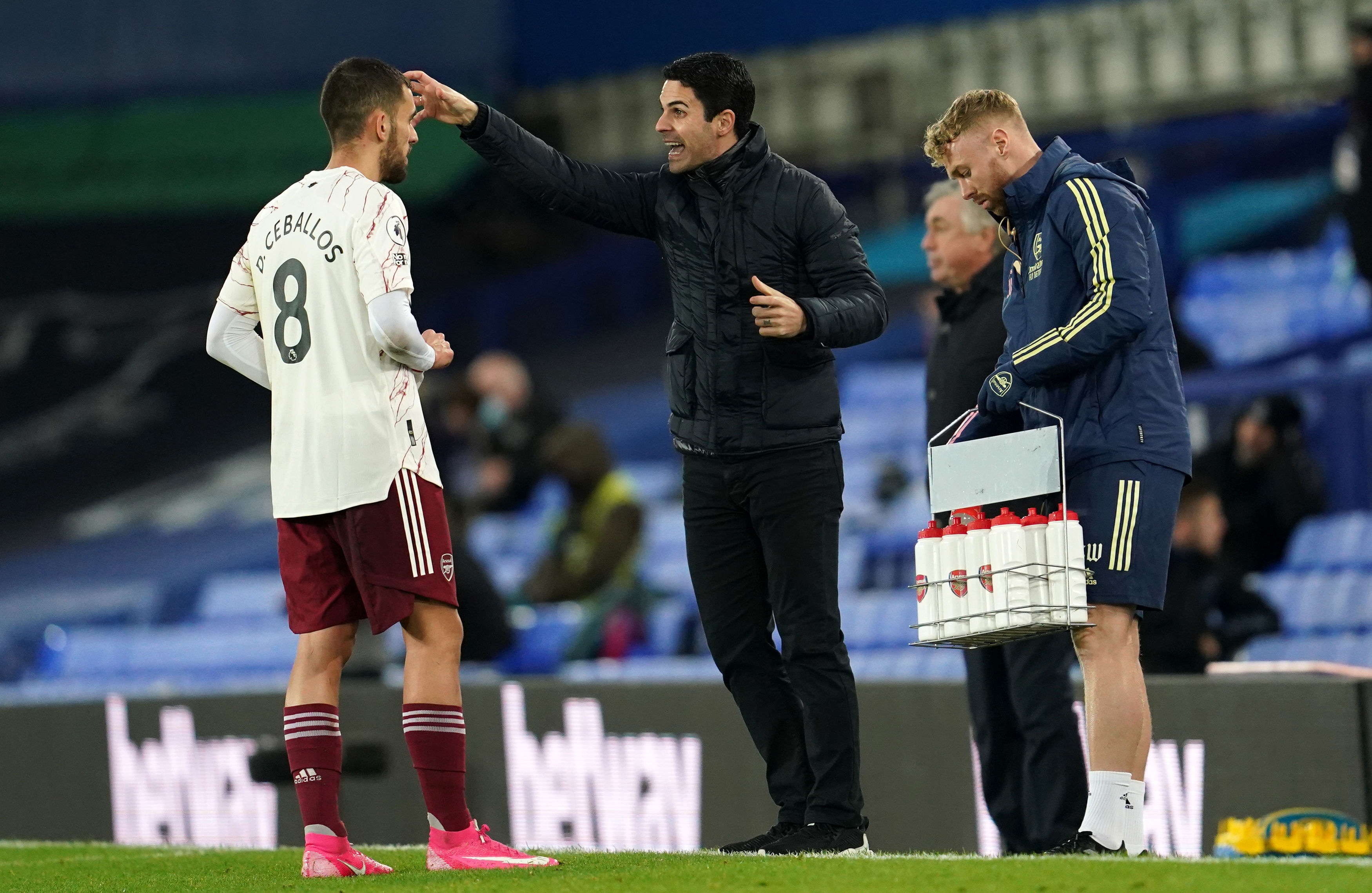 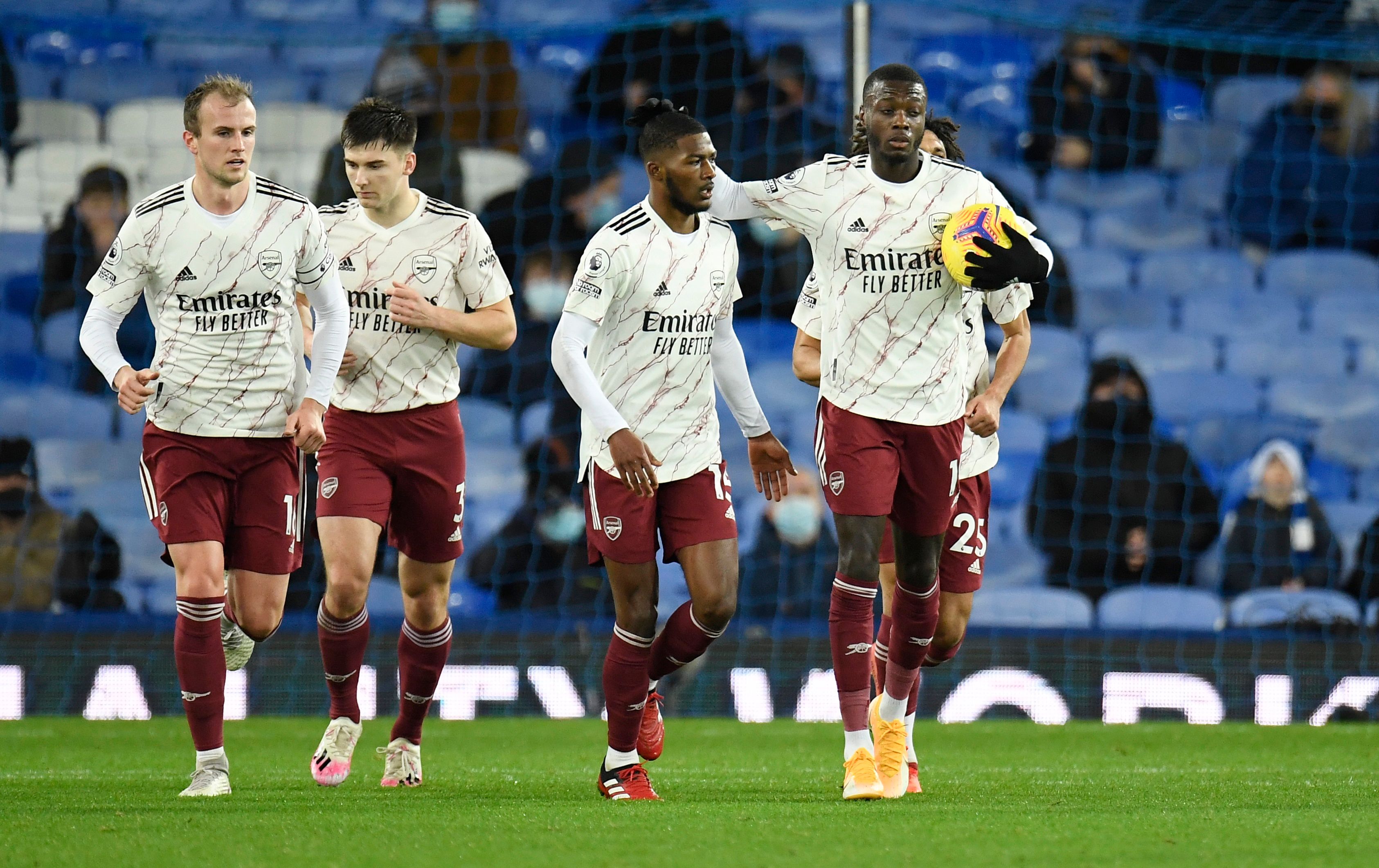 The Gunners got off to a sluggish start and it was made worse when Dominic Calvert-Lewin's header deflected off Rob Holding and into the net after 22 minutes.

Maitland-Niles won a penalty on 35 which Nicolas Pepe cooly converted before Yerry Mina's near post header from a corner on the stroke of half time saw the Toffees go in ahead at the break.

Mikel Arteta's men huffed and puffed in the second 45 but could create nothing of note as they continued their historically bad run.

And here's what SunSport's William Pugh thought of the Gunners' individual performances.

Couldn't do much for Everton's opener.

Made a world class save from Calvert-Lewin's long range effort on the stroke of half time.

Unfortunately for him, Mina nodded home at his near post from the resulting corner. 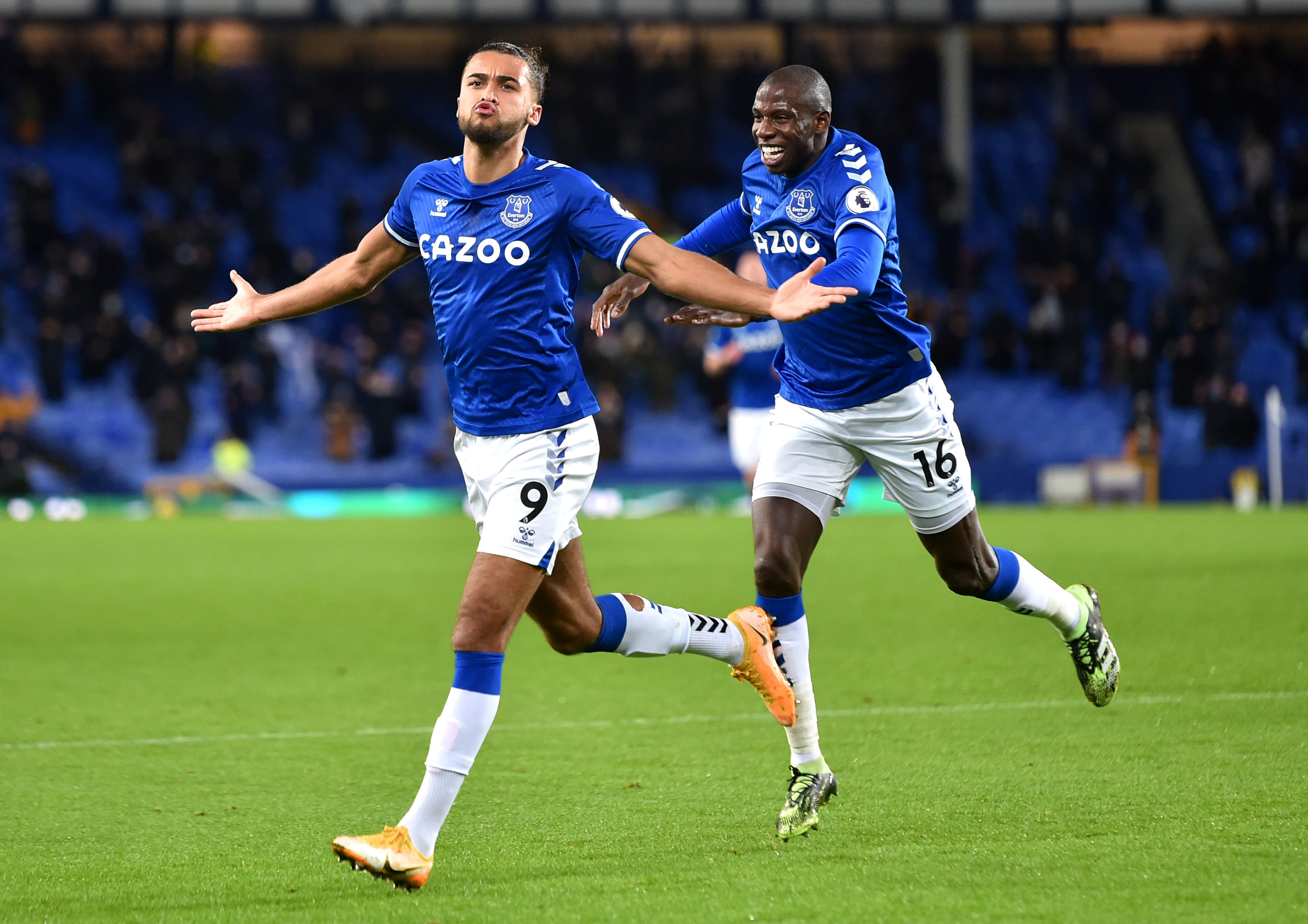 Only bright spark in the first-half as he looked busy, energetic and tried to make things happen.

Worked hard at both ends of the pitch and staked a claim for a Premier League start next time out. 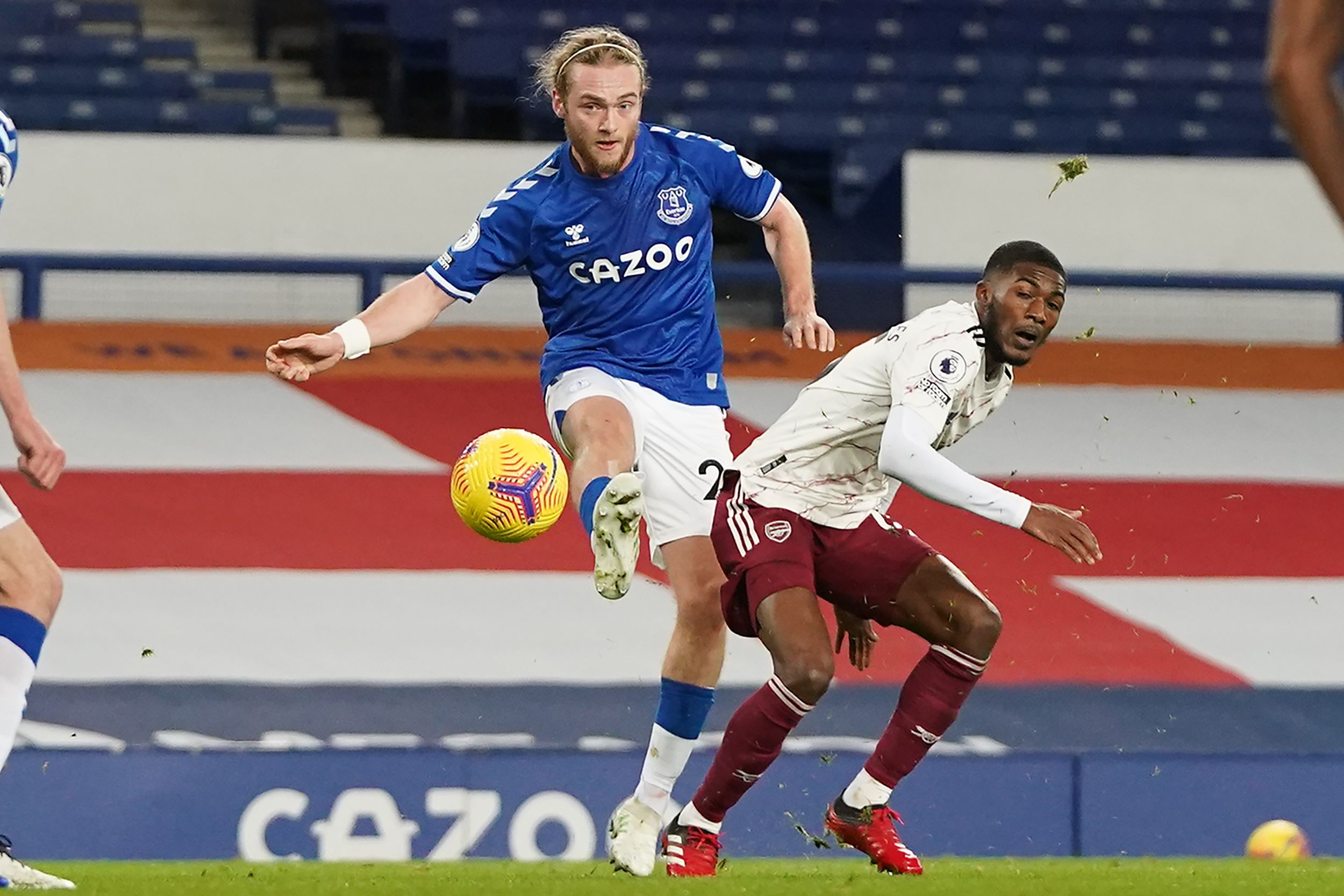 Ball cannoned off him and into the back of his own net to put Everton 1-0 up after 21 minutes.

He was unlucky for the own-goal and then looked relatively composed on the ball from then on. 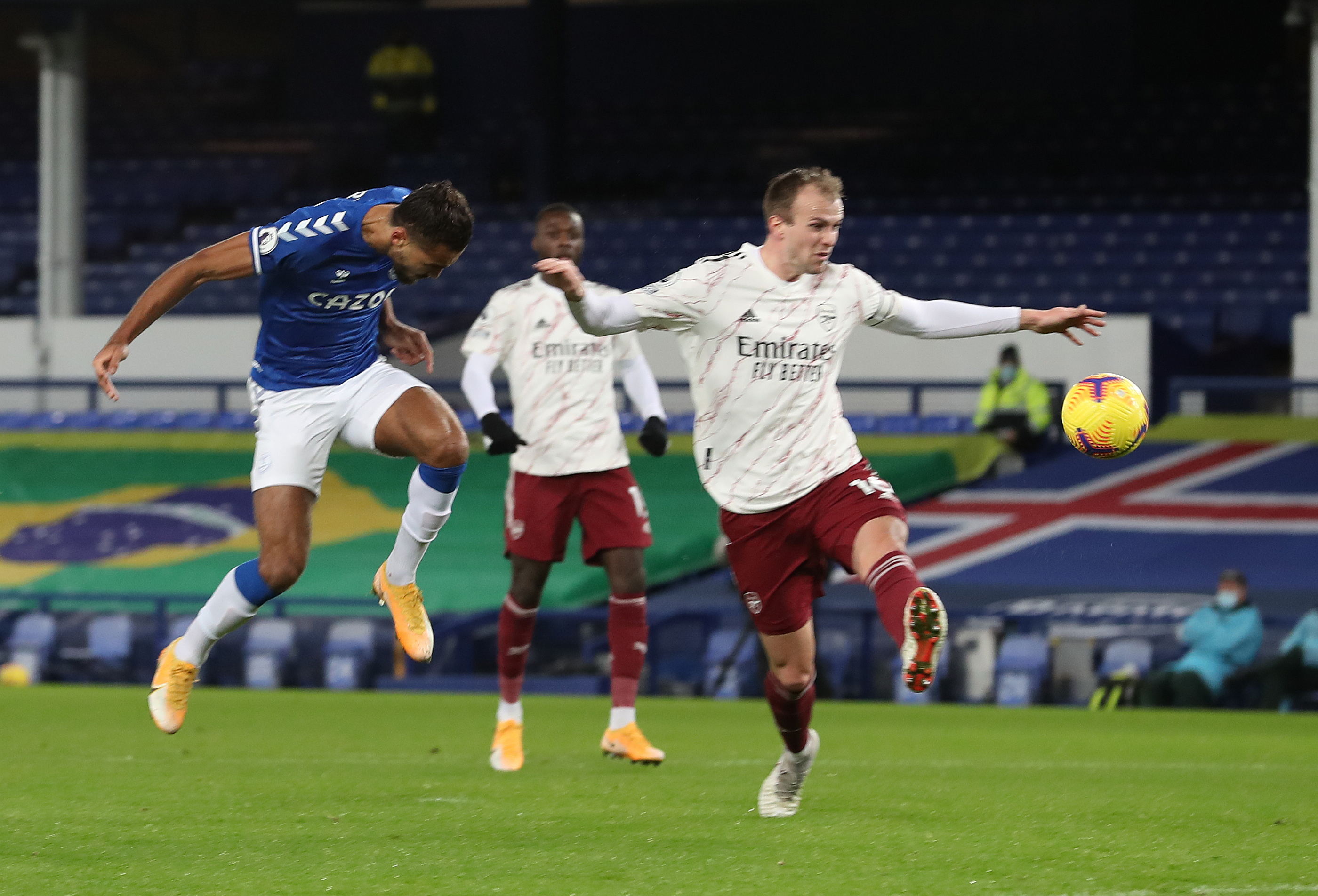 Quiet on a night when Arsenal needed a leader.

His deflected effort hit the post early in the second-half which would have pulled the Gunners level for the second time.

As a senior statesman he should stand up and be counted on nights like this. But he didn't.

Joined in well with attacks from deep – especially in the second-half.

Booked on 39 minutes for a late lunge on Calvert-Lewin but was dealt a duff hand by Elneny who let the striker streak past him on his way to the edge of Arsenal's box.

Some dangerous balls in after the break but not enough to bail out his disappointing team-mates.

Blended into the background as did many of his team-mates who are all short of confidence or ability. 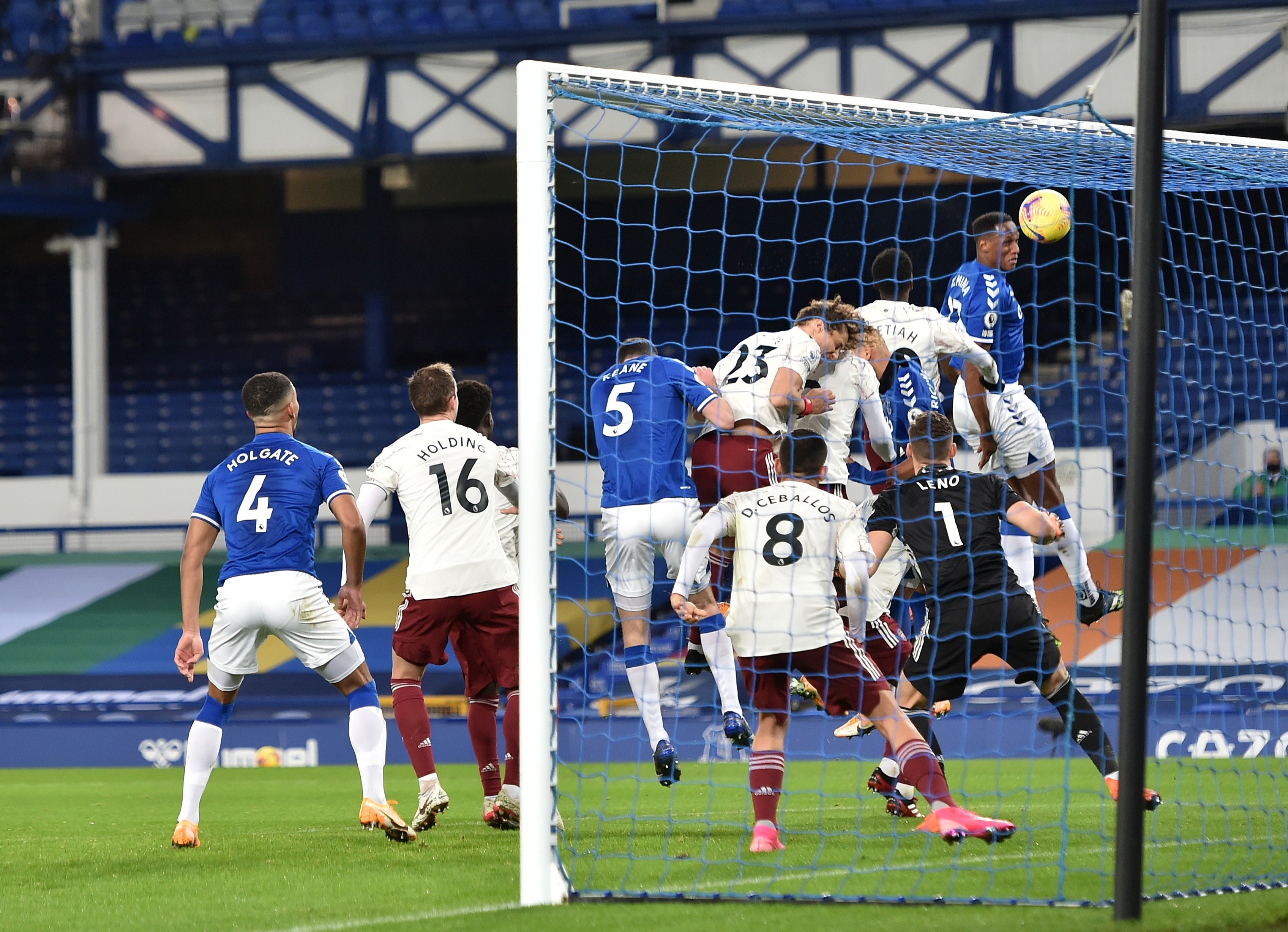 Sloppy touches throughout and once again showed he is nowhere near the level Mikel Arteta needs his central midfielders to be.

Repeatedly hid and failed to show for the ball as the Gunners' centre-backs tried to play out from the back against a deep-lying Everton in the first half.

No idea how he did not see red for stamping on Yerry Mina's calf at the end of the first-half.

Was more involved after the break but contributed absolutely nothing of note. 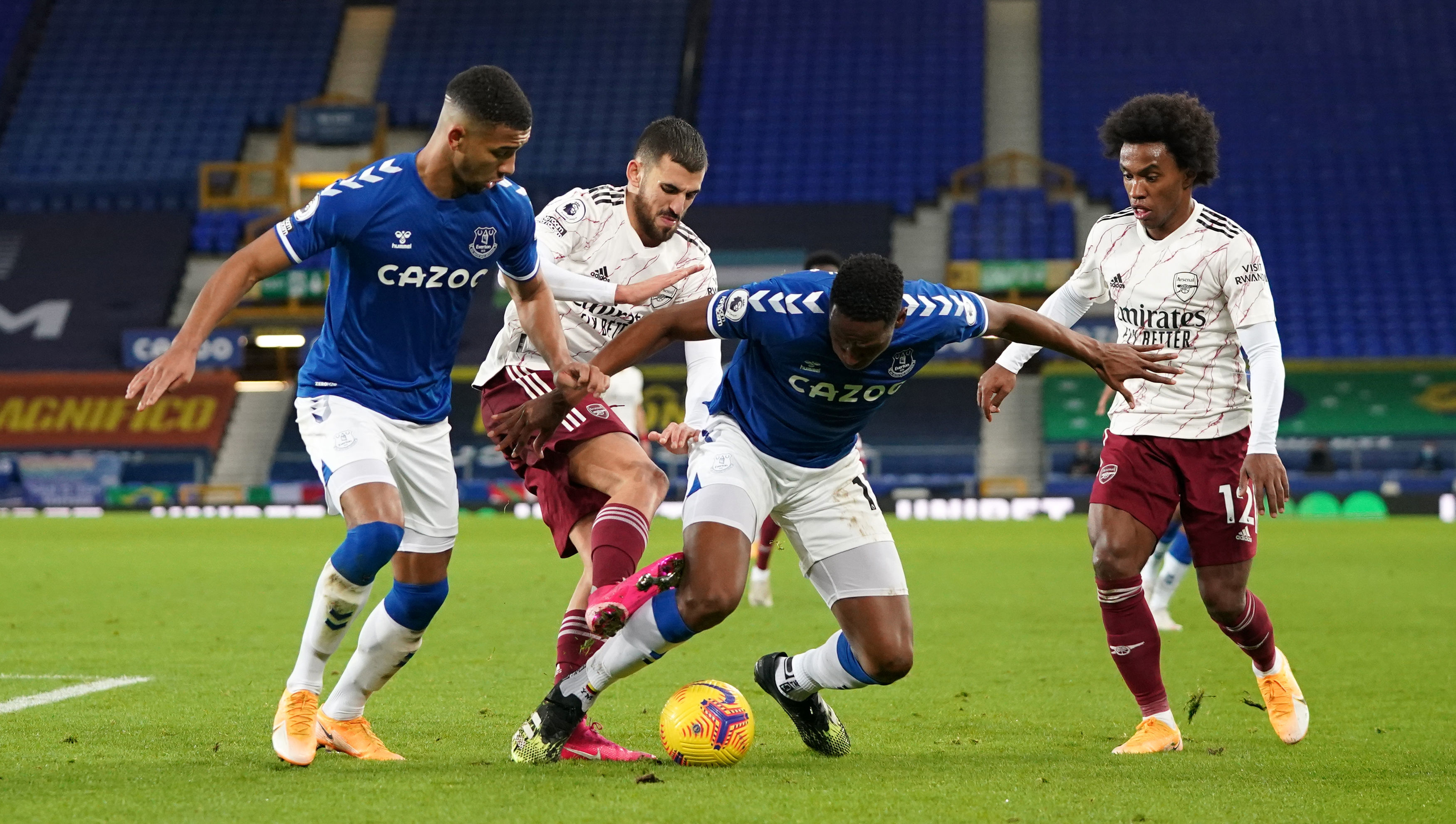 Made to look better by his woeful midfield partner Ceballos.

Booked after quarter of an hour for a foul on Gylfi Sigurdsson and the remainder of his performance seemed reserved as a result.

Stayed ice-cool to convert the pressure penalty to make it 1-1.

Was fairly ineffective in attack for the remainder.

God knows why he was marking Mina for the corner which Everton scored their second from but he let the centre-back go to head home at the near post.

Livened up in the second-half but with little to show for the huffing and puffing. 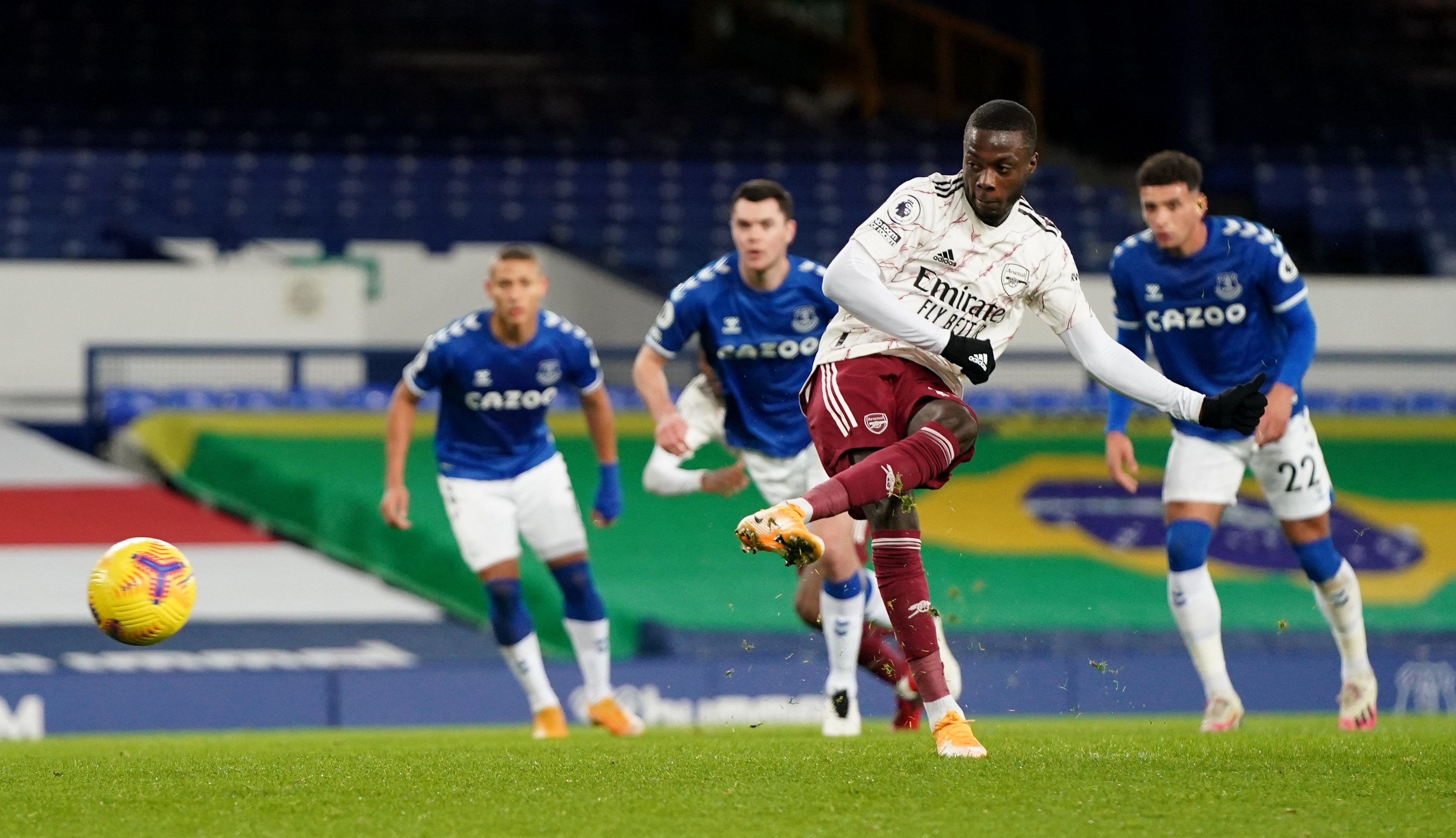 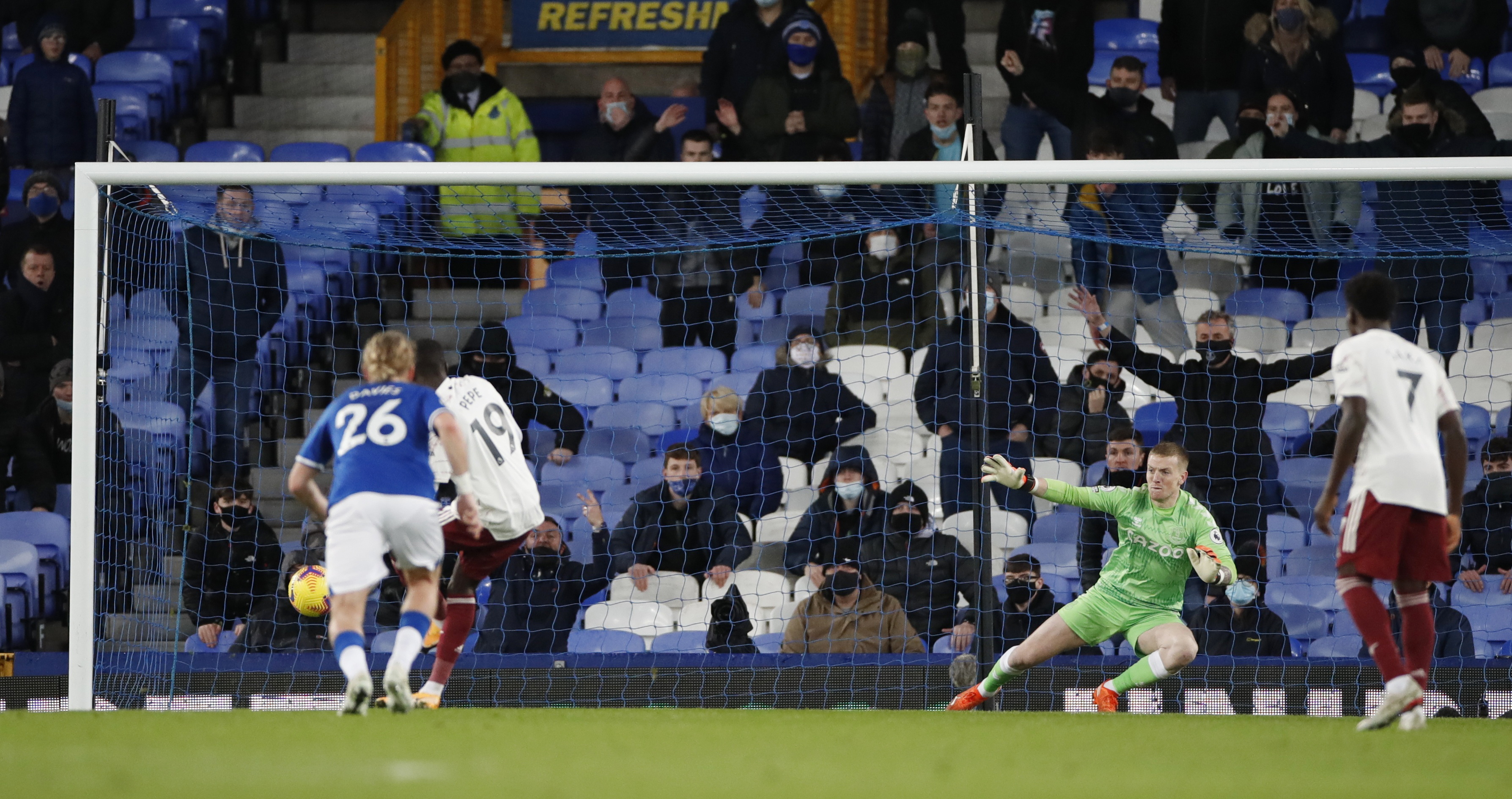 Missed a huge chance to make it 1-1 after 25 minutes when he skewed a volley wide.

Out-jumped by Mina at the near post for Everton's second but hardly surprising as the Colombian is about a foot taller than him.

Deployed on the left wing instead of his favoured right and might as well not have been on the pitch in the first-half.

Zero pressure on the ball in the build up to Everton's first goal.

Slightly more active in the second-half as Arsenal put more pressure on but is a shadow of his former self.

Nearly bagged a late equaliser with a header that flashed just wide.

Booked for a late slide tackle as Arsenal chased an equaliser.

Busy and got himself involved and Gunners fans will be hoping to see more of him.

Not enough time to make an impact. 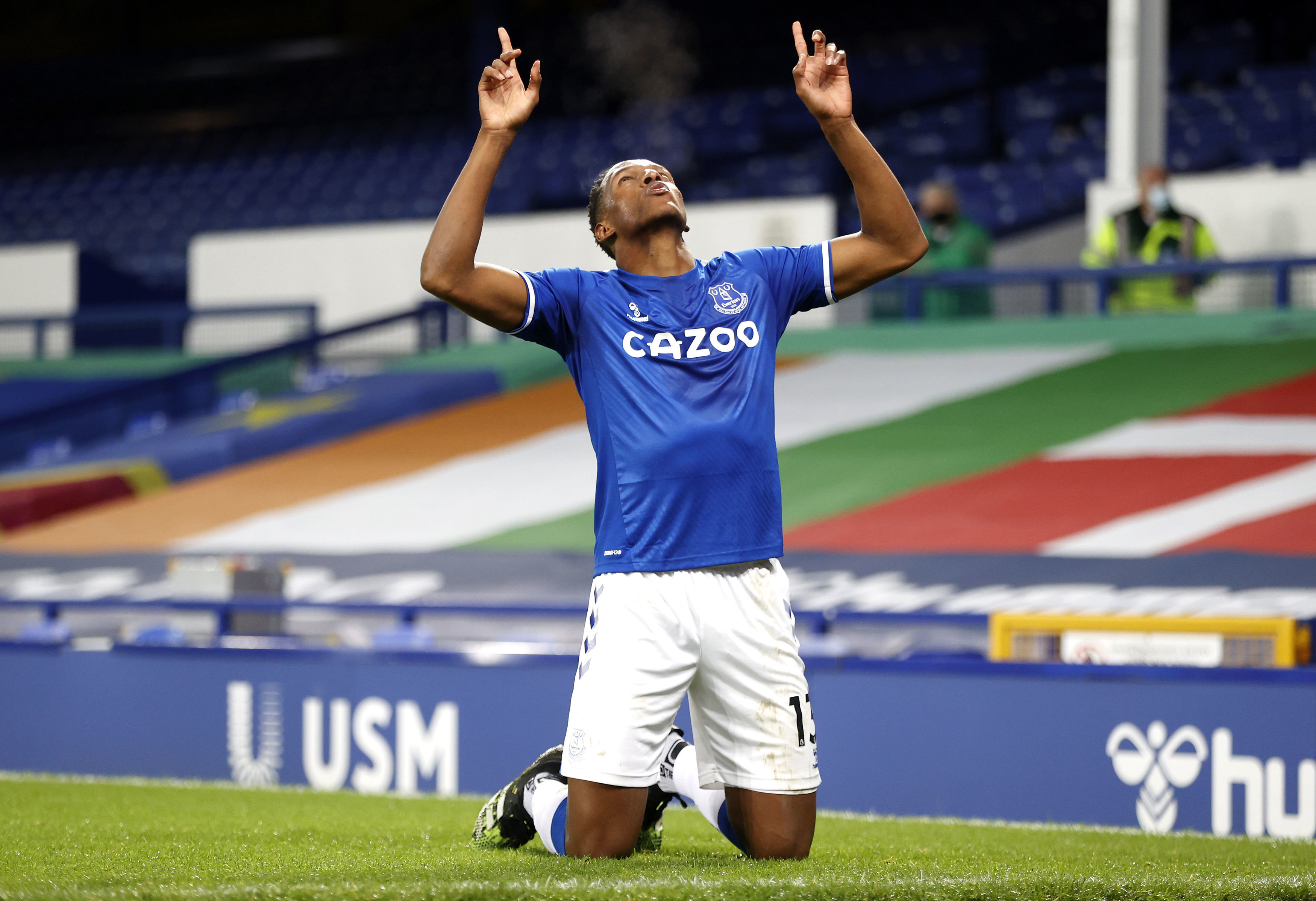