ARSENAL captain Pierre-Emerick Aubameyang has had a woeful afternoon in front of goal against Rangers.

The Gunners took on Steven Gerrard's Scottish champions in a pre-season friendly at Ibrox, but were held to a 2-2 draw. 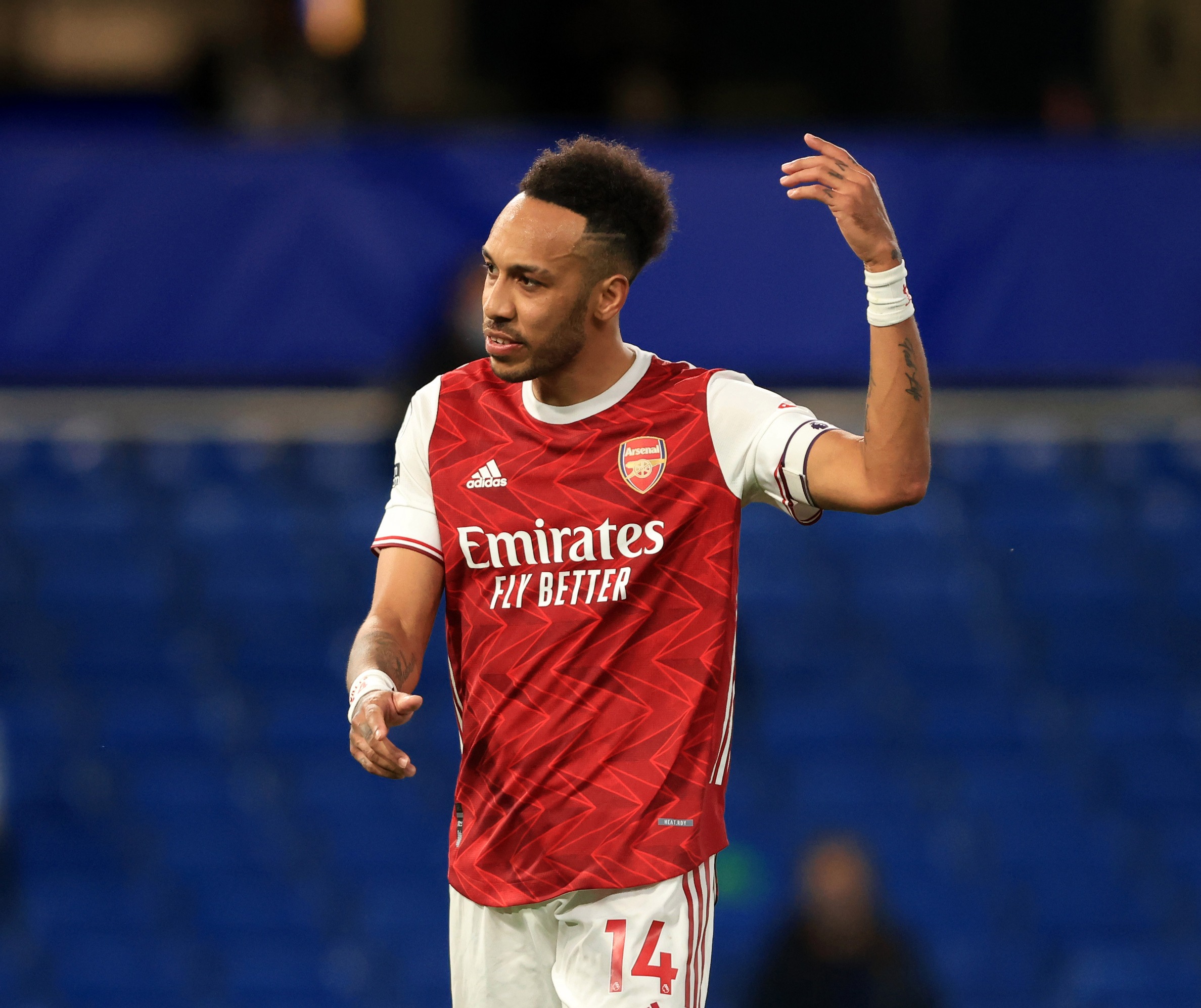 Aubameyang had an opportunity to open the scoring in the 9th minute after breaking into Rangers' penalty area.

But the Arsenal captain leaned back and ballooned his shot over Allan McGregor's crossbar.

And just minutes later, the Scottish champions took the lead through Leon Balogun.

The Gunners got themselves level thanks to a debut goal by Nuno Tavares, and Aubameyang was gifted another opportunity to find the back of the net shortly after.

The ball was floated into the penalty area from out wide on the right-hand side.

Aubameyang got up well to meet the cross, but made a mess of his header heading the ball into the ground and wide of the post.

And just before half-time Aubameyang completed his hat-trick of misses, the worst of them all.

Emile Smith Rowe went on a mazey run before forcing McGregor into a low save to his left.

The ball fell to Aubameyang a few yards out from goal, and the striker was far too relaxed with his finish allowing a Rangers defender to block.

Aubameyang was replaced halfway through the second half by Eddie Nketiah, bringing his awful afternoon to an end.

Rangers regained the lead late on through Cedric Itten, but Nketiah had his shooting boots on and scored an 83rd minute equaliser.

The captains poor display has left Arsenal fans fearing for the worst, with the Gunners winless in two games against Scottish opposition.

Goal's Arsenal correspondent Charles Watts tried to be optimistic about Aubameyang on Twitter, highlighting the fact that he's finding himself in good positions to score.

"Not scoring a lot."

Another Gunners fan believes that Arsenal are "doomed" for next season.