ARSENAL produced a dismal display on Sunday as they scraped a 1-1 draw at home to Fulham.

The Gunners trailed Scott Parker's side until the 97th minute when Eddie Nketiah bundled home from close range to prevent Mikel Arteta's side from suffering a 13th Premier League defeat of the season. 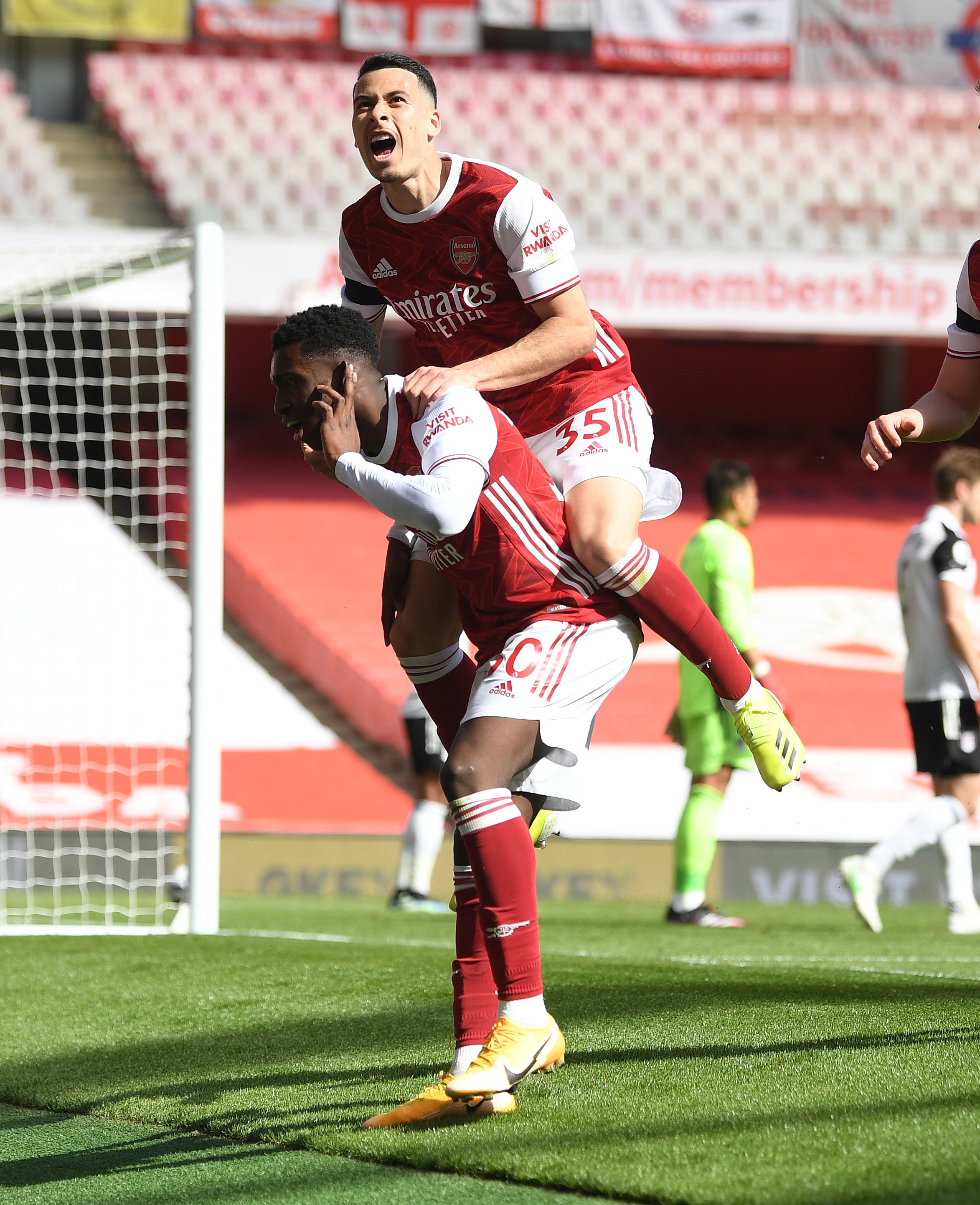 A number of attacking players were terribly disappointing, most notably Alexandre Lacazette and Emile Smith Rowe.

But one man that enhanced his reputation on Sunday afternoon was 19-year-old Gabriel Martinelli.

It was only his eighth appearance in the Premier League this season as he has been largely iced out by Arteta following the emergence of Smith Rowe and Bukayo Saka and arrival of Martin Odegaard.

But against Fulham, Martinelli played like a man possessed as he attacked with all the pace, aggression and fearlessness of a forward who scored ten times in 26 games last season only to be left out in the cold.

Right from the first minute he was in behind as he received a ball over the top and flicked it narrowly wide of the right-hand post.

He then tested the visitors' keeper Alphonse Areola a handful of minutes later with a fizzed effort that was creeping into the bottom corner.

Playing most of the match off the left, he showed a superb desire to torment Ola Aina by mixing up his approach play, attacking both the space inside and the byline throughout.

In the second half he delivered a delicious cross perfectly onto the head of Hector Bellerin, only for him to steer the ball wide. 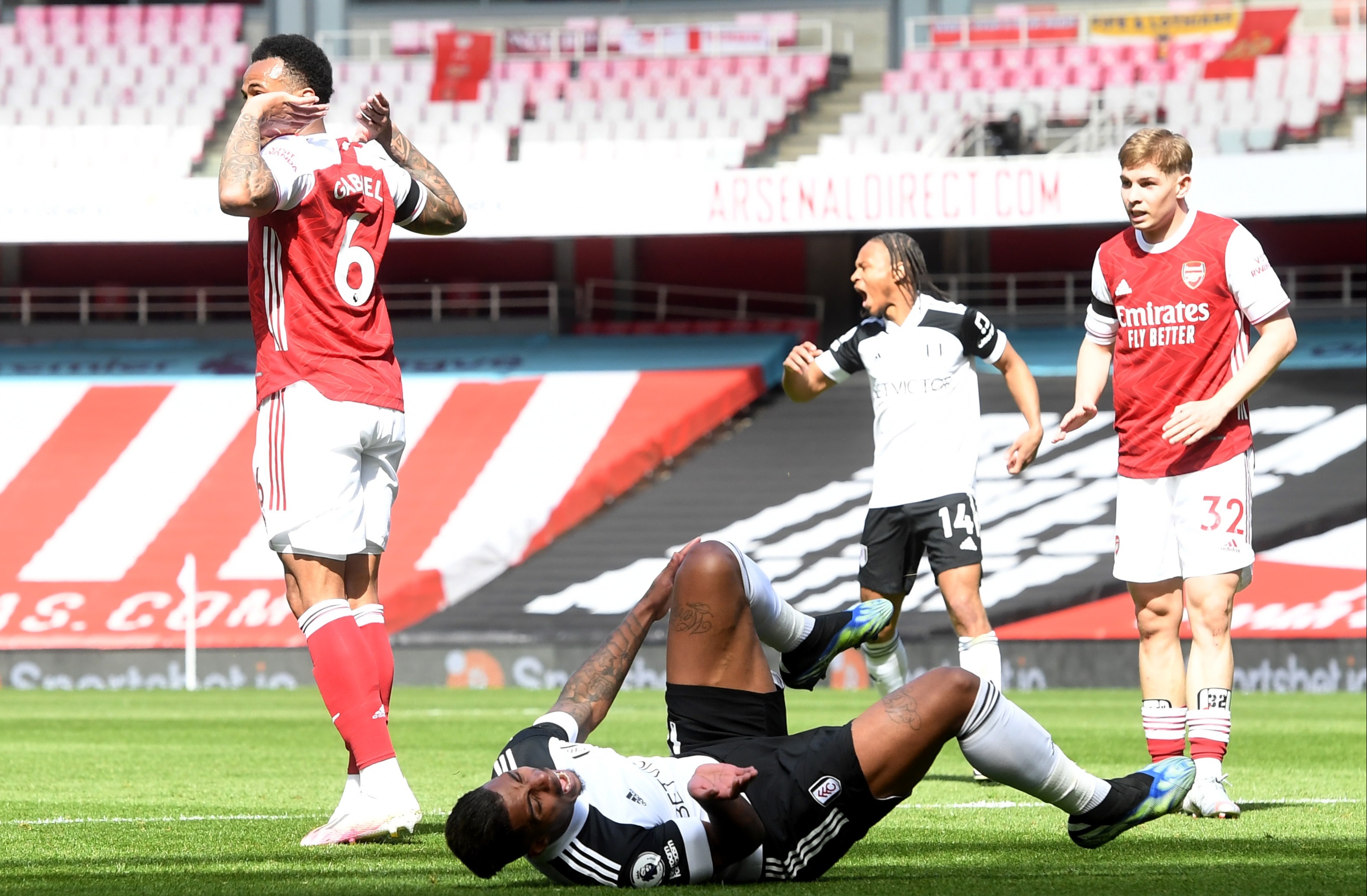 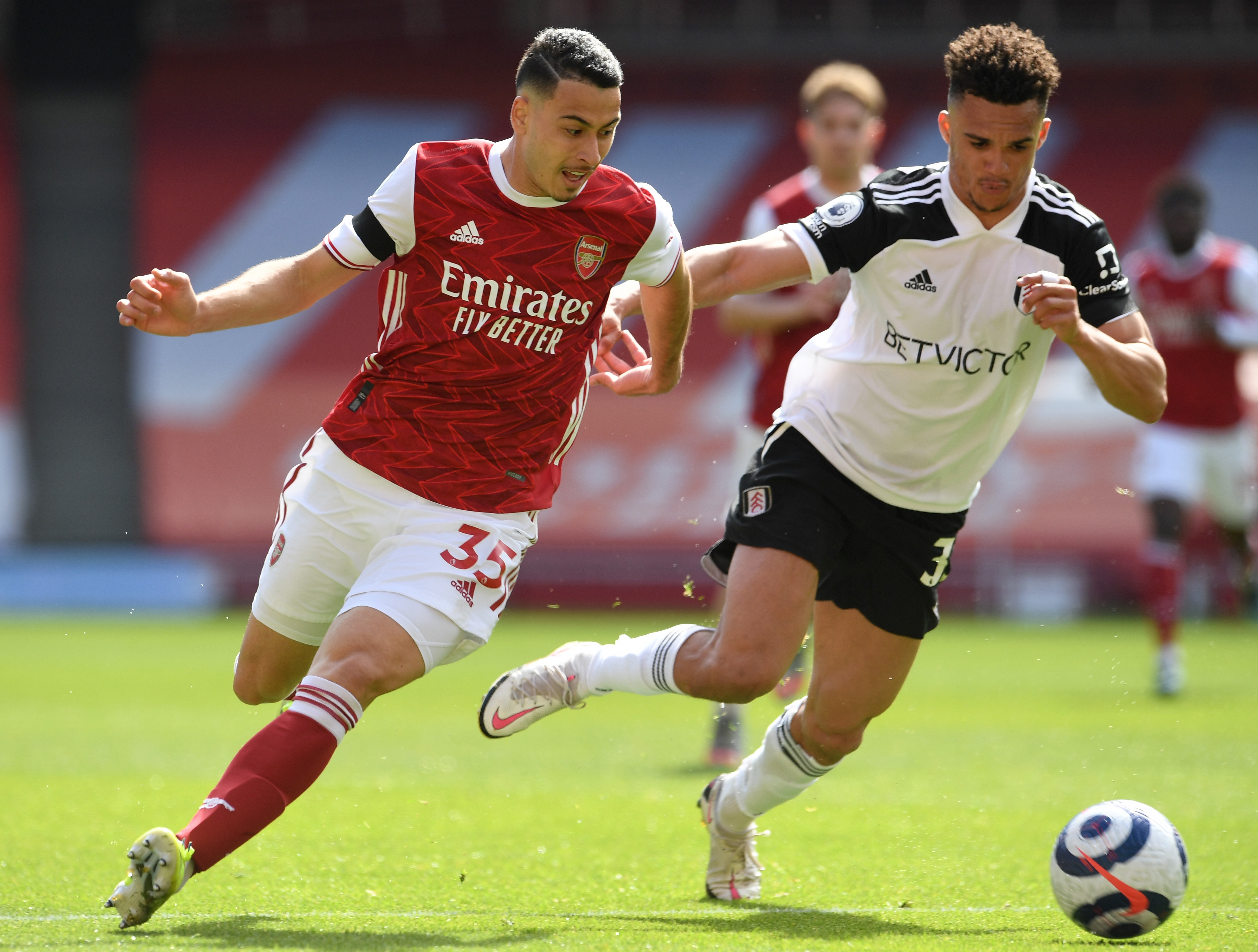 And as the match ticked towards added time you'd be forgiven for thinking Martinelli would be spent from his relentless, tireless harassing of the Fulham defence.

But he still had the feet and trickery to ride a couple of challenges before forcing another smart save from Areola.

The injection of speed, energy and dynamism from the left is something Arsenal have been lacking when Pierre-Emerick Aubameyang is in the team.

The Gabon forward is currently unavailable for Arsenal having contracted malaria while away on national team duty.

But you do wonder where he fits into Arteta's side when he returns.

Before today, Lacazette had netted four goals in two games and needs just two more to equal his best scoring season for the club.

Saka and Smith Rowe are not only fan favourites but have proven over the course of the campaign to be two of Arsenal's most consistent operators in the attacking third.

That really just leaves the left-hand side of the front four, of which you would have to say Martinelli has put himself in prime position to make his own.

So if Arteta is being honest with himself, three of his highest-paid players in Aubameyang, Willian and Nicolas Pepe are probably not worthy of a starting place.

This is where the battle between club politics and managerial power come to a head and it will be intriguing in the coming weeks to see how Arteta handles that.