PIERRE-EMERICK AUBAMEYANG insists the Golden Boot race was a victory for Africa.

The Arsenal striker shared the award with Mo Salah and Sadio Mane with 22 goals each, thanks to his double at Burnley. 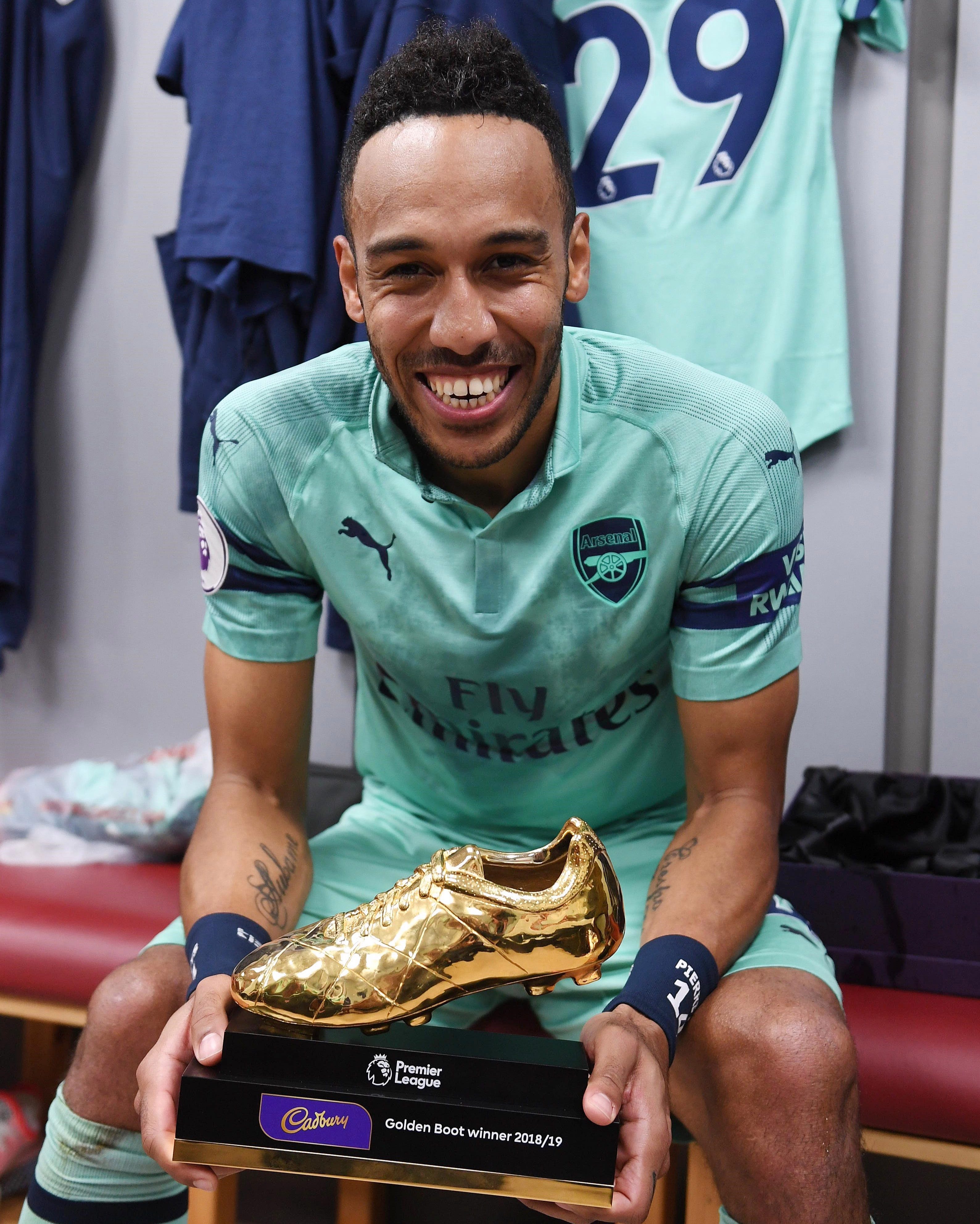 It meant a three-way fight on the final day of the season between the Gabon striker, while Senegal star Mane netted twice for Liverpool and Egypt wizard Salah was caught at the top of the scoring charts.

Aubameyang said: “It means a lot. I am really happy and proud of it.

“I am sharing this trophy with Mane and Salah – and I like these two guys. We are representing Africa so it is a good sign for the Continent. I am really proud and I have to thank my team-mates for helping me to get it.”

Aubameyang, 29, picked up his share of the award in his first full season at the Emirates – and he has vowed to get better in the toughest league in the world.

He said: “Now you can say the Premier League is the best in the world because four clubs are in the finals and as we saw this season, Liverpool and Manchester City played the last game for the title. So that’s why I came here, for that.

“It is always a tough battle when you play a game here in England and you have to be ready physically. That’s the most important change when I came here from Germany.

“It took a little bit of time. I had six months to adjust me to this league. I think I did well in the first six months and now I have the whole season. I am happy with that. Hopefully I will do better next seasons.”

Despite his goal-haul, Aubameyang says he feels disappointment at failing to get into the top four and is targeting Europa League glory in a fortnight for a successful campaign.

He said: “I had great seasons as well in Dortmund. This one was a tough one. I would say in truth maybe not the best but I gave everything to try to be in the top four with the team and to get a trophy.

“I am happy with my season, not the best but I am happy.”