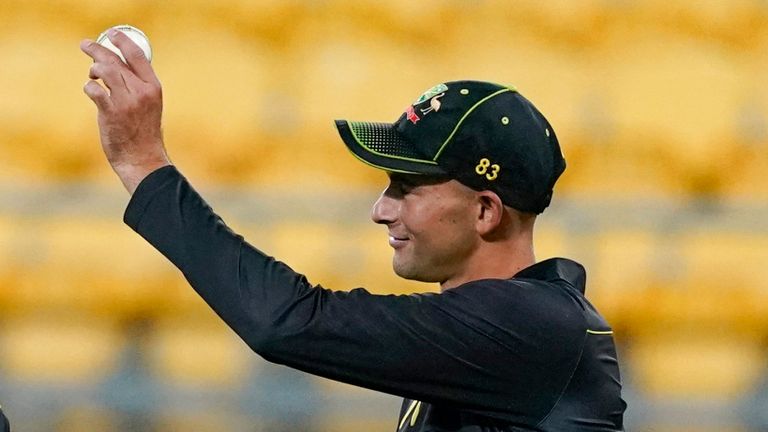 Ashton Agar recorded the first six-wicket haul of his international career as Australia kept their T20I series against New Zealand alive, thrashing the hosts by 64 runs in Wellington.

Agar finished with the remarkable figures of 6-30 – including four wickets in the space of seven deliveries – to sentence the Black Caps to a heavy defeat and pull the five-match series back to 2-1.

Half-centuries from Aaron Finch and Glenn Maxwell laid the foundations for Australia’s victory as they totalled 208-4 after being put in to bat at Sky Stadium.

Although the home side started well in reply, they crumbled to 144 all out after Agar tore through their middle order – the first time the 27-year-old had picked up six wickets in any international format. 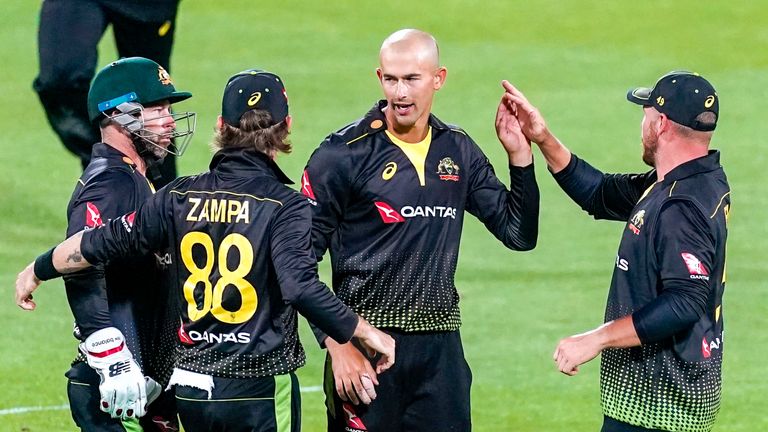 Australia, who brought in Tasmania seamer Riley Meredith for his debut, lost Matthew Wade (5) in only the second over of their innings, but made steady progress thanks to Finch and Josh Philippe.

The pair put together a partnership of 83 in 51 balls before Philippe (43 from 27) fell to leg-spinner Ish Sodhi (2-32), but that only paved the way for a brutal display of power hitting by Maxwell.

He and Finch (69 from 44) added 64 in 35 deliveries and the skipper’s departure prompted Maxwell to accelerate during the death overs, slamming eight fours and five sixes to reach 70 from only 31 balls.

Tim Southee (1-37) eventually had Maxwell caught behind, but the all-rounder had already done enough to ensure Australia would post a formidable total.

Meredith (2-24) struck in his first over when the Black Caps replied, removing Tim Seifert (4), and followed that up with the prize scalp of home captain Kane Williamson, trapped leg before for nine. However, Martin Guptill (43 from 28) looked in prolific form during the powerplay and he and Devon Conway (38 from 27) kept New Zealand’s hopes of a series-clinching win alive as they advanced to 80-2.

Having taken the catch to dismiss Guptill off Adam Zampa, Agar swiftly demolished those hopes by dismissing Glenn Phillips, Conway and Jimmy Neesham in the same over, followed by Southee at the start of his next.

Despite brief resistance from Mark Chapman (18) and Kyle Jamieson (11), Agar added both wickets to his tally before Kane Richardson wrapped up a resounding victory, taking a return catch from Sodhi at the start of the 18th over.

The teams meet again on Friday for the fourth match in the series, at the same venue.