JAMES GALLAGHER is ready to “beat the f**k” out of Jeremiah Labiano after almost doing the same to his opponent’s coach at an explosive pre-fight press conference.

The 22-year-old, trained by Conor McGregor’s coach John Kavanagh in Dublin, returns to action at Bellator London on Saturday looking to take his record to 9-1 against the man ten years his senior. 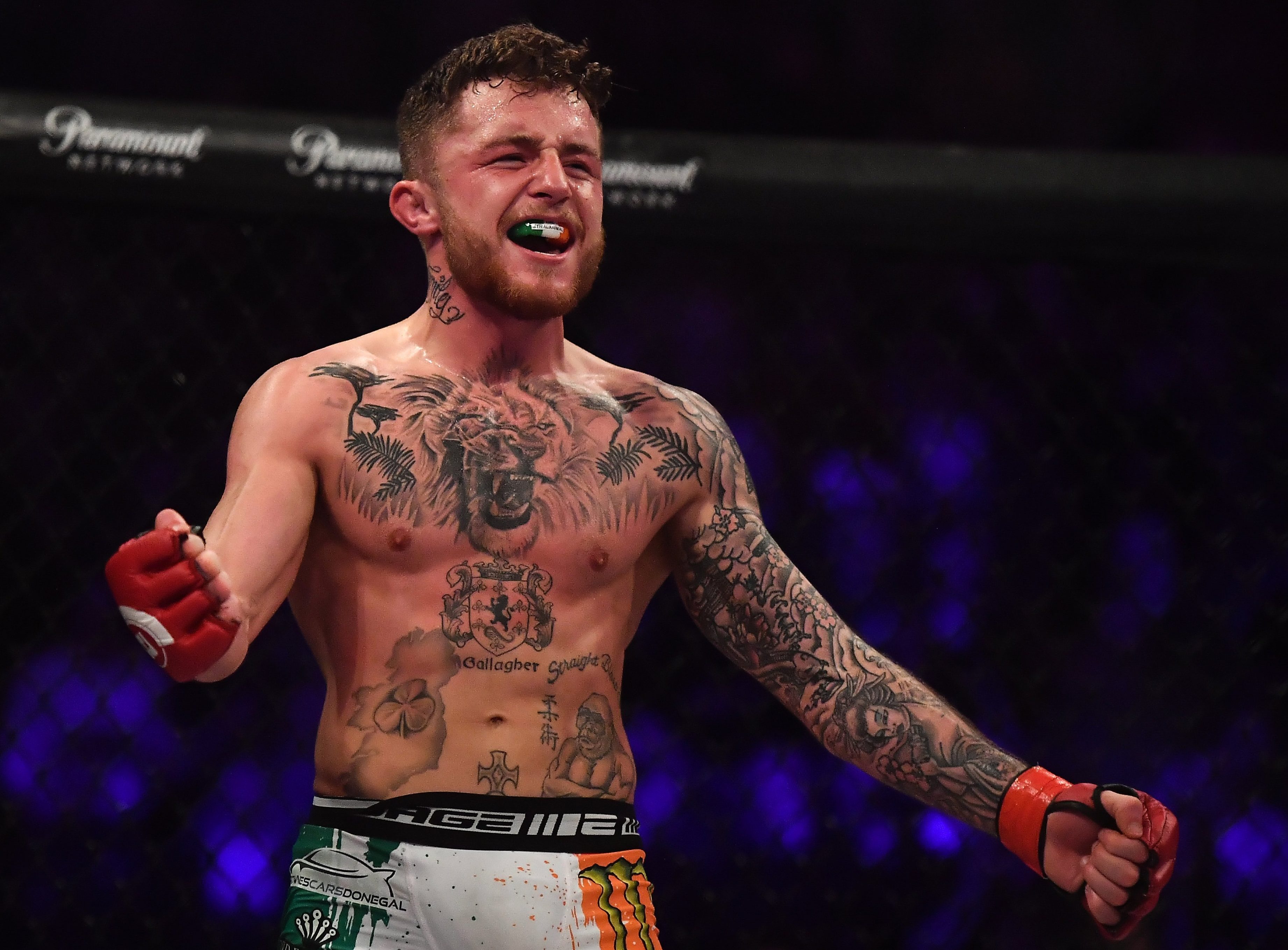 But the Irishman had to be restrained by security after leaving the stage as he threatened to put his fists to work early as he confronted a man he believed to be Labiano’s coach in the crowd after a series of heckles throughout the event this morning.

“It’s not your job. You coach and train him, so shut your f***ing mouth.

“It’s embarrassing and unprofessional. You’re acting like a little fool in the crowd.”

Labiano denied the man was his coach, with Bellator officials claiming the fighter had insisted it was one of his fans.

The “Strabanimal” looked to be in relaxed mood as he began discussing his upcoming 140-pound catchweight showdown at the The SSE Wembley Arena.

But his mood quickly turned after Labiano interrupted him to call for the video man to show Gallagher’s defeat to Ricky Bandejas last August.

“What, you want to watch me get clipped and three-and-a-half minutes of the third round… wait until I pull you down and beat f**k out of you for 15 minutes,” warned Gallagher.

“You’ll never headline a card in your life, you’re lucky you’re here because it’s because of me choosing you to fight and now you’ve got your chance.

“Otherwise you’d have been back not even signed to Bellator doing f**k all, so shut you’re f***ing mouth and fight and let’s do it.”

The Strabane-born MMA grappler added: “This one has a real big fight feel and I’m going to come out here and put on a clinic. He can say what he wants, but I’ve prepared and I’m ready to go. He’s not a patch on me and he knows it himself.

Tickets to Bellator London, which will be aired on a shared broadcast by Sky Sports and Channel 5, are available to purchase online from axs.com/uk and Bellator.com.