The Atlanta Braves needed heroics in the ninth inning for the second straight night and on Sunday it was Eddie Rosario who came through in the clutch in Game 2 of the National League Championship Series. 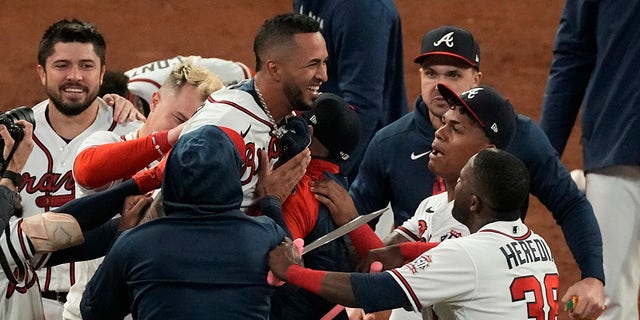 Atlanta Braves’ Eddie Rosario is congratulated by teammates after hitting the game winning RBI single during the ninth inning against the Los Angeles Dodgers in Game 2 of baseball’s National League Championship Series Sunday, Oct. 17, 2021, in Atlanta. The Braves defeated the Dodgers 5-4 to lead the series 2-0 games.
(AP Photo/John Bazemore) 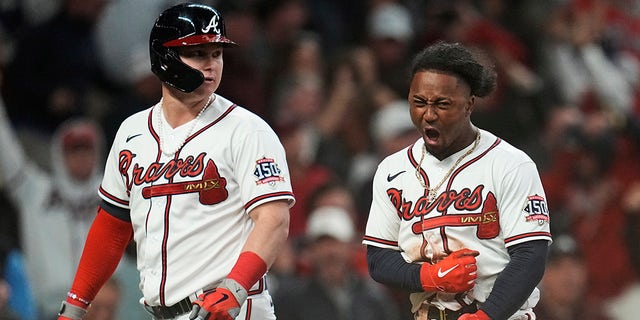 Rosario finished the game 4-for-5 with an RBI. Joc Pederson his a two-run home run in the fourth inning to tie the game at two runs apiece. Rosario was the only Braves player who had more than one hit.

Los Angeles got big hits from Corey Seager and Chris Taylor in the game, but the bullpen couldn’t hold the Braves’ offense off late in the game. Seager was 1-for-4 with a two-run home run. Taylor was 1-for-2 with two RBI in the game. 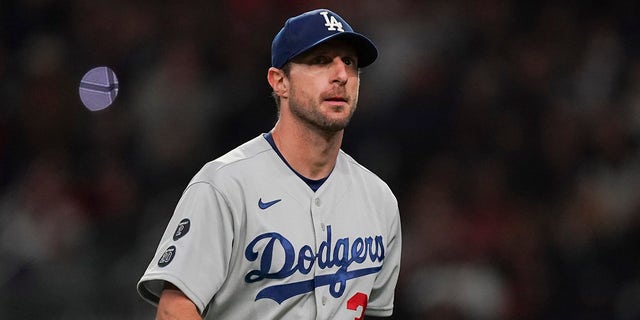 Ian Anderson started for the Braves. He was chased after three innings. He allowed two runs on three hits. Will Smith was credited with the win after striking out two batters in the ninth inning.

The series goes to Los Angeles on Tuesday night.