WELCOME to Jay Z and DJ Khaled's supercool rugby club – decked out with swimming pools, waterslides AND a beach bar.

This is not a fantasy land but the home of Durban-based side the Sharks. 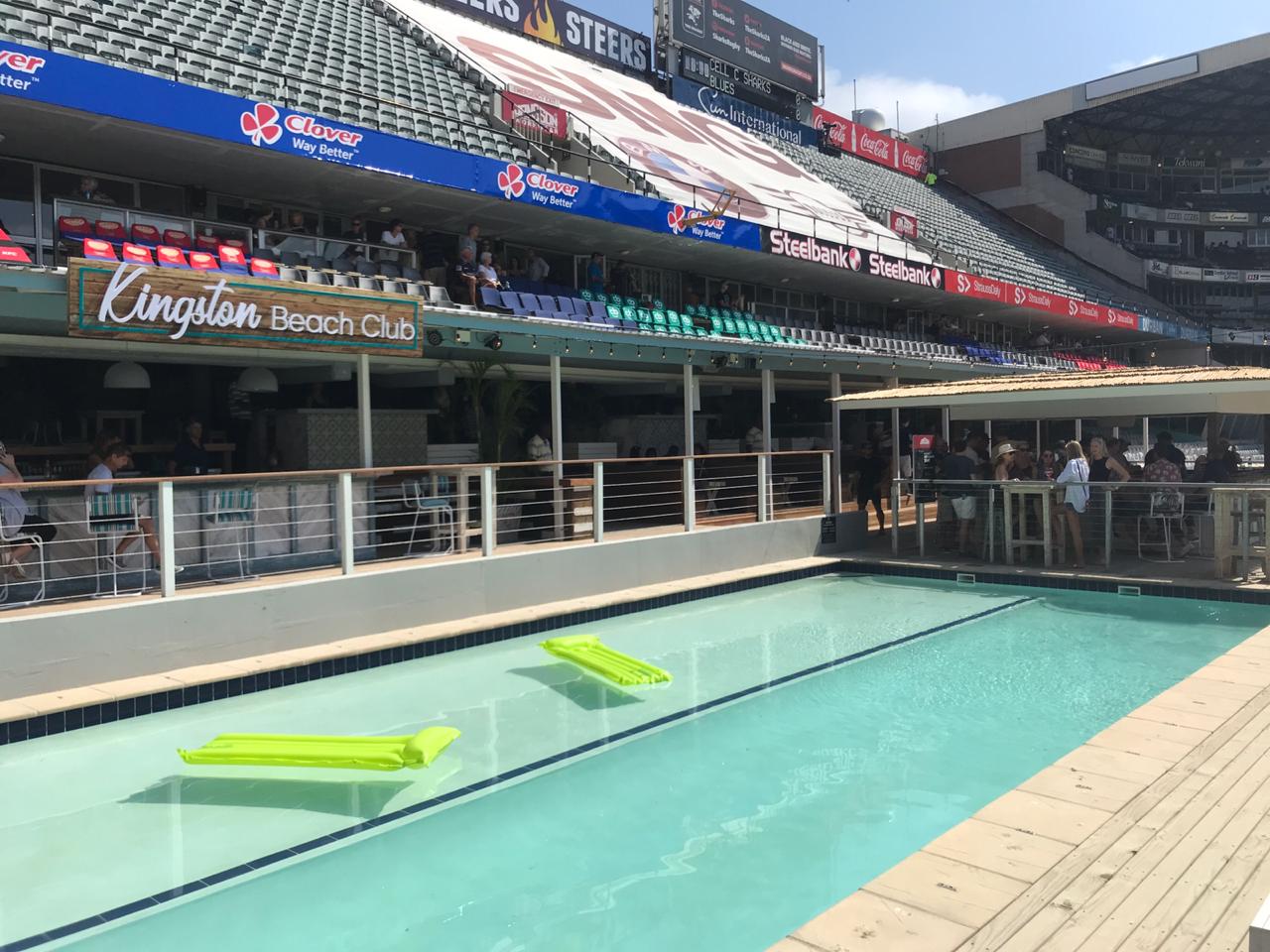 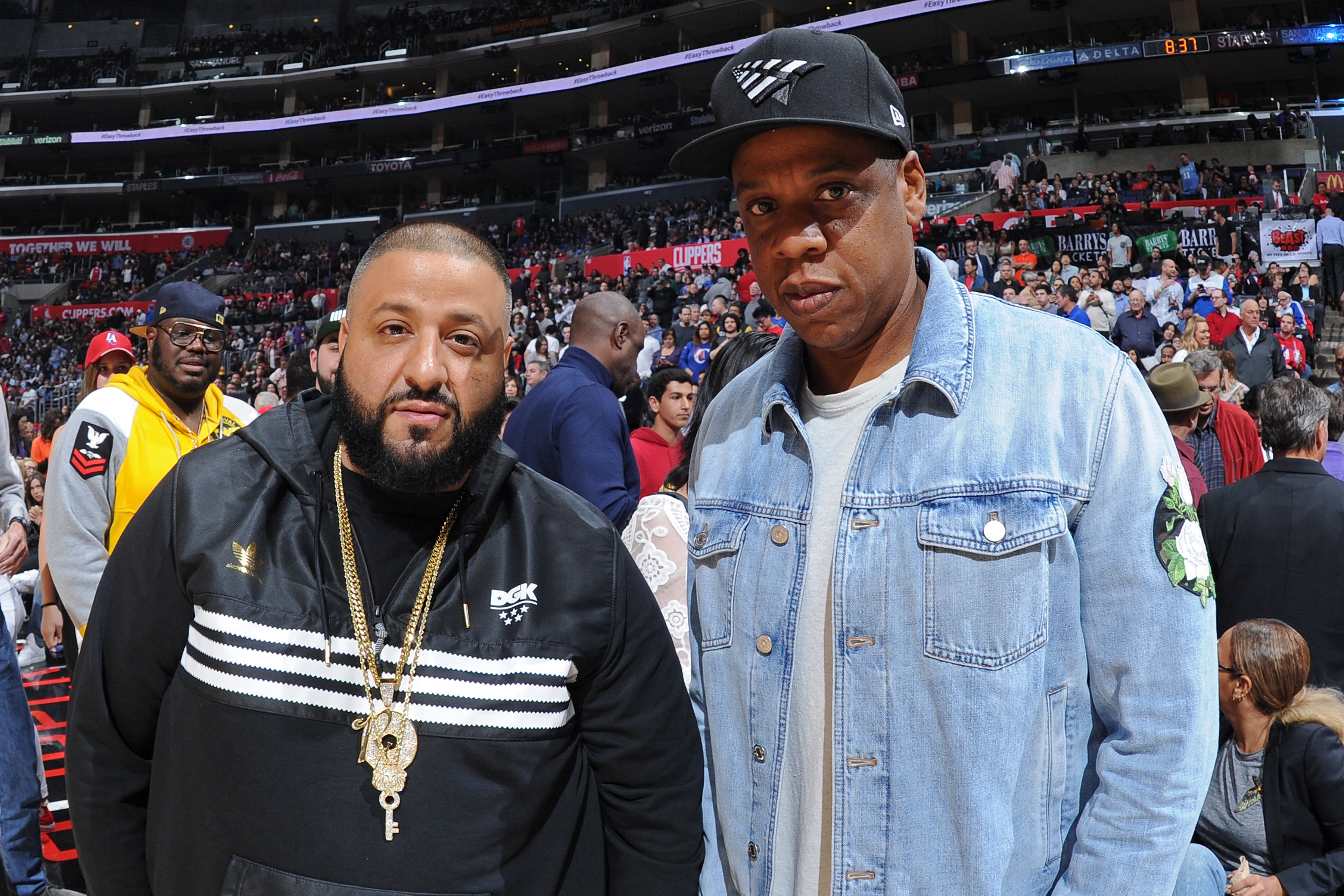 And this South African super-club, which is also backed by Jay Z's sports agency Roc Nation, will be partying with the likes of Saracens in Europe next season.

The home of Durban’s Sharks should have been rocking Wednesday night with Warren Gatland’s Lions in town.

But, because of Covid, the game is being staged 350 miles away in Johannesburg.

Instead, this ambitious coastal club will still make waves in the Northern hemisphere next season in the newly formed United Rugby Championship.

And they are planning one of the biggest post-pandemic parties ever seen to kick things off.

SunSport were given the VIP treatment by chief executive and former player Eduard Coetzee, who showed us around the iconic Kings Park stadium where Jeremy Guscott’s drop-goal won the Lions the 1997 series.

Since then, Coetzee has installed two swimming pools at either end of the stadium overlooking the Indian Ocean – as well as the kids' area with two water slides. 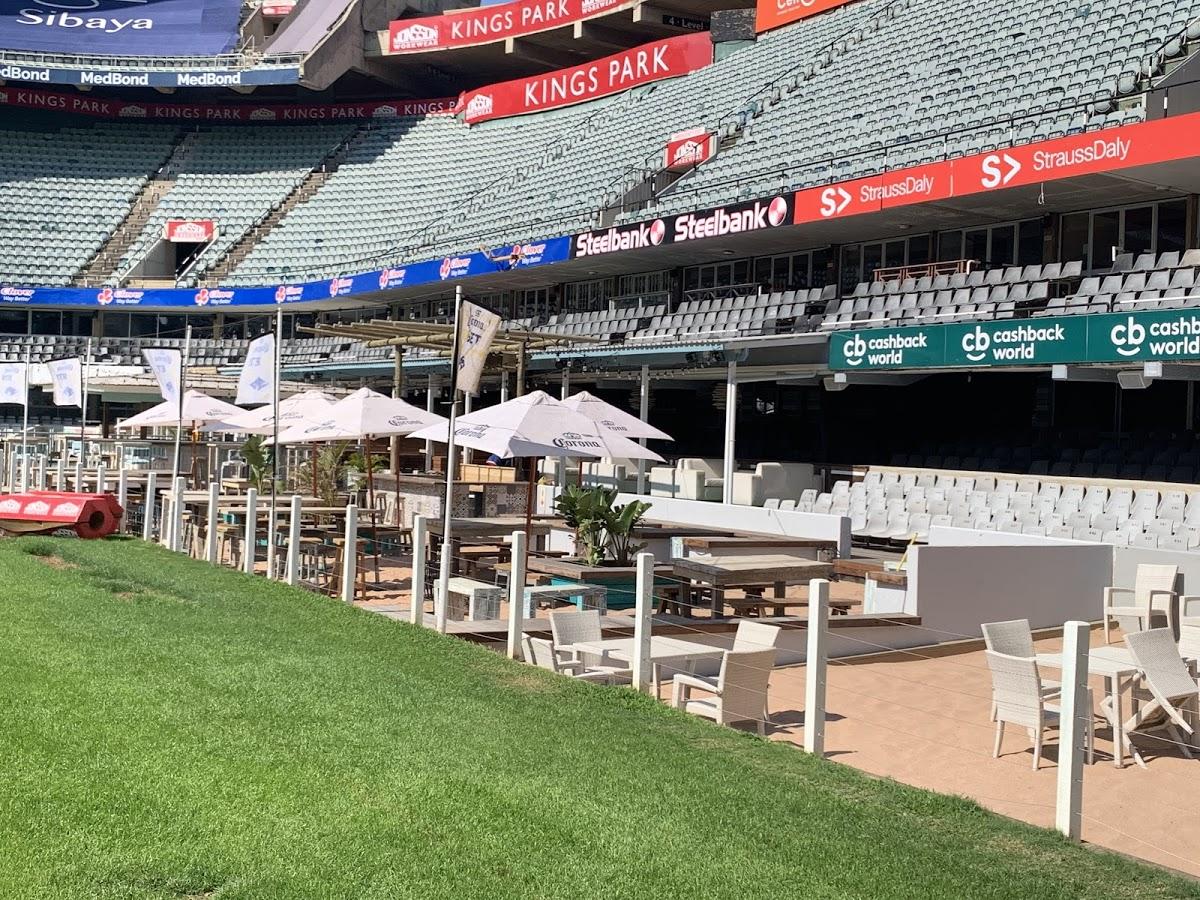 US investment firm MVM Holdings bought a 51 per cent stake in the club in January and brought in Jay Z's Roc Nation to help boost their profile.

The consortium includes the owner of basketball’s Milwaukee Bucks — who are in the NBA Finals — and Michael Yormark, the president of Roc Nation Sports International.

Speaking of the new ground-breaking venture Coetzee said: “I’m Afrikaans, I was born in a small town outside of Pretoria and went to an Afrikaans boys school .

“And one day I had Michael Yormark, the president of Roc Nation, at my house and he was asking how he could help.

“I told him about how Covid had robbed people of so much joy in South Africa.

“So for our first game back with crowds, I told him I wanted to have the biggest party that Durban has ever seen.

“Michael gets on his phone and all of a sudden up pops this picture of a guy in his golf cart with his cap back to front. 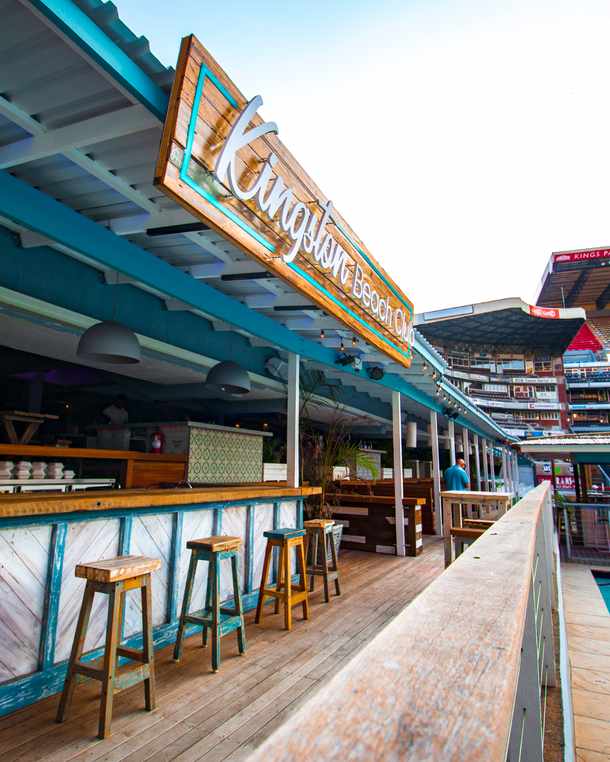 “Michael then told me it was DJ Khaled. . . and I realised there and then that I had to grow out of my little box!

“I was speaking to this guy and he was probably one of the biggest artists in the world!

“He might come, but he is very expensive. . . so let’s get our tight five sorted before we spend that kind of money!

“We need to have a brand that speaks to people on different levels. The value of rugby as a sport is unbelievable. 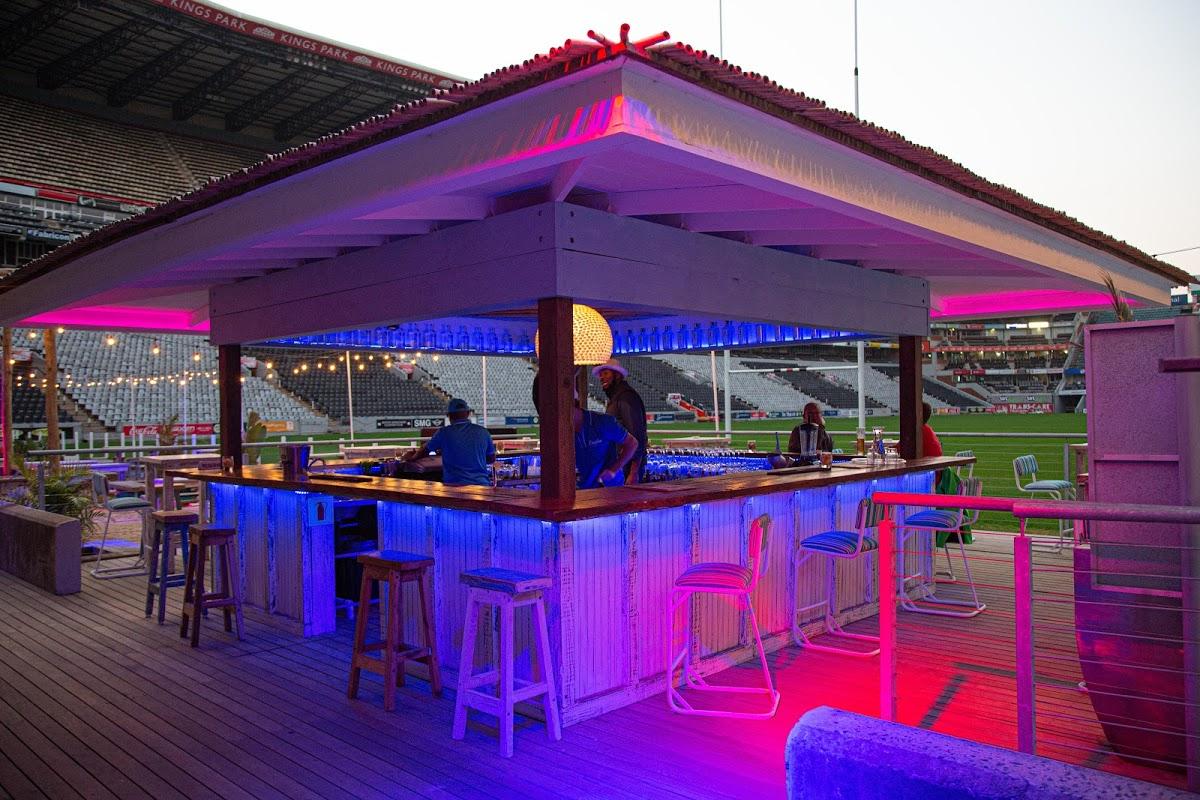 “So we have to keep that, but also play on the side that the youngsters want to see – that will grow sport and that is where we need to take this thing.

“And we don’t have a shark tank with live sharks, but we do have the super tubes and beach club and on match days it is a bit of a circus, but it is cool.

“It is a Durban vibe and it is such a shame we don’t have this game here. Imagine all these Lions fans from Europe here.”

One of the first things The Sharks did when they landed the dollars from Stateside was to snap-up South Africa World Cup winning captain Siya Kolisi.

The flanker's picture is plastered all over South Africa on marketing billboards from Johannesburg to Durban and Cape Town. 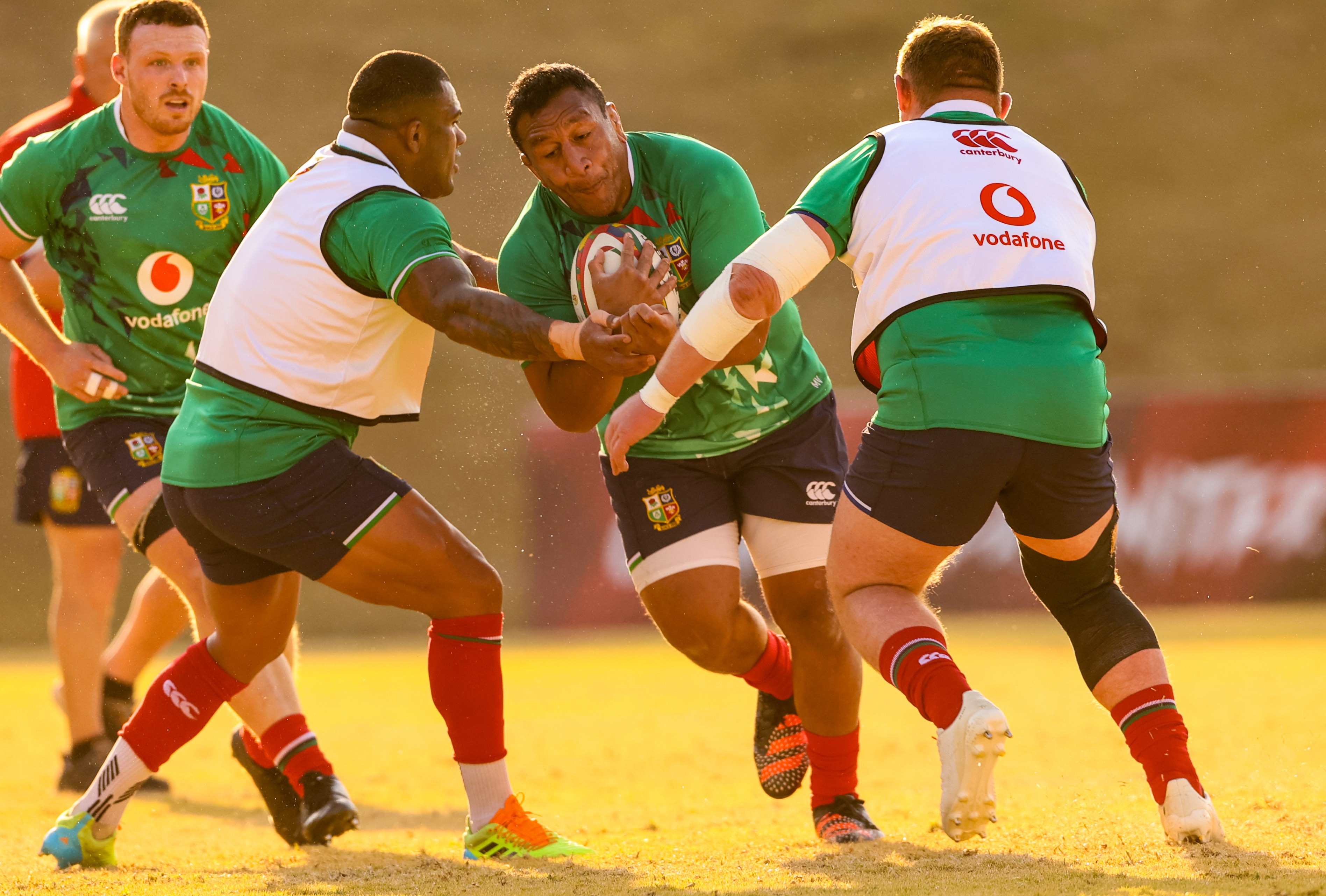 Coetzee, a former prop at Biarritz and The Sharks, said: "A guy like him doesn't come onto the market that often.

"He is a great leader and an unbelievable human. He will always speak to you as if you are the most important person at that time.

"And sometimes, it is very hard, because he will have 100 conversations in a day and it is easy to discount people – and he never does that.

"Guys like him with that World Cup winning experience and taking us into Europe will be good.

"We want to build an inclusive rugby team that is successful on the field. I think our team is the most-transformed rugby team in the world.

"If we can be successful with the likes of Siya Kolisi and Lukhanyo Am and all of these guys it will be a model to show what can happen."

Roc Nation will help with the expansion of the Sharks brand around the globe.

Coetzee added: “We need to have a brand that speaks to people on different levels.

“The value of rugby as a sport is unbelievable.”

The former Biarritz and Sharks prop added: “I think our team is the most- transformed rugby team in the world.

“If we can be successful with the likes of Siya Kolisi and Lukhanyo Am and all of these guys, it will be a model to show what can happen.”