BROOKS KOEPKA may be America's newest golfing superstar – but he was made in Europe.

The 29-year-old from Florida added a second USPGA title to his two US Opens on Sunday, making him the first player in history to successfully defend two Majors back-to-back. 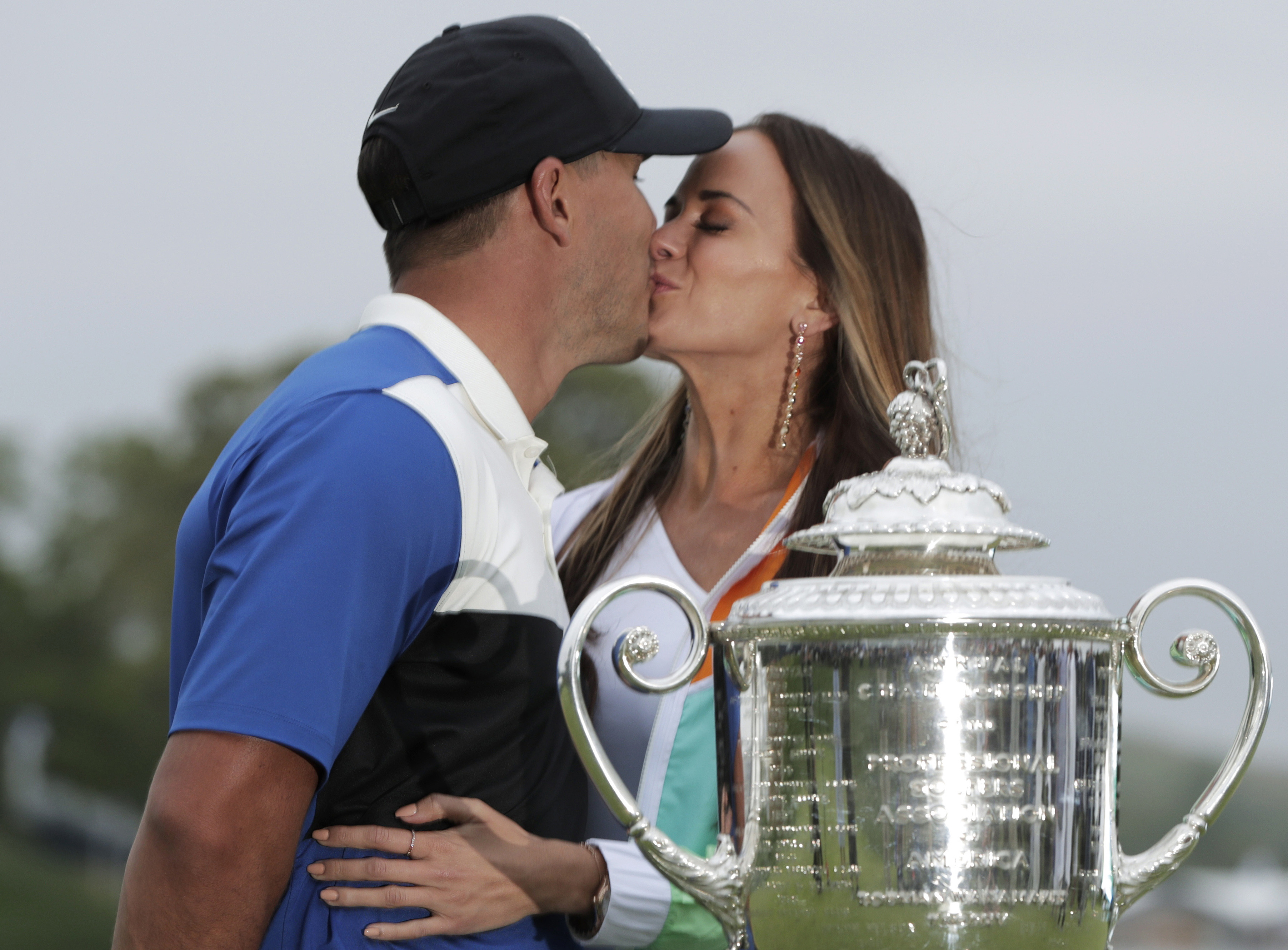 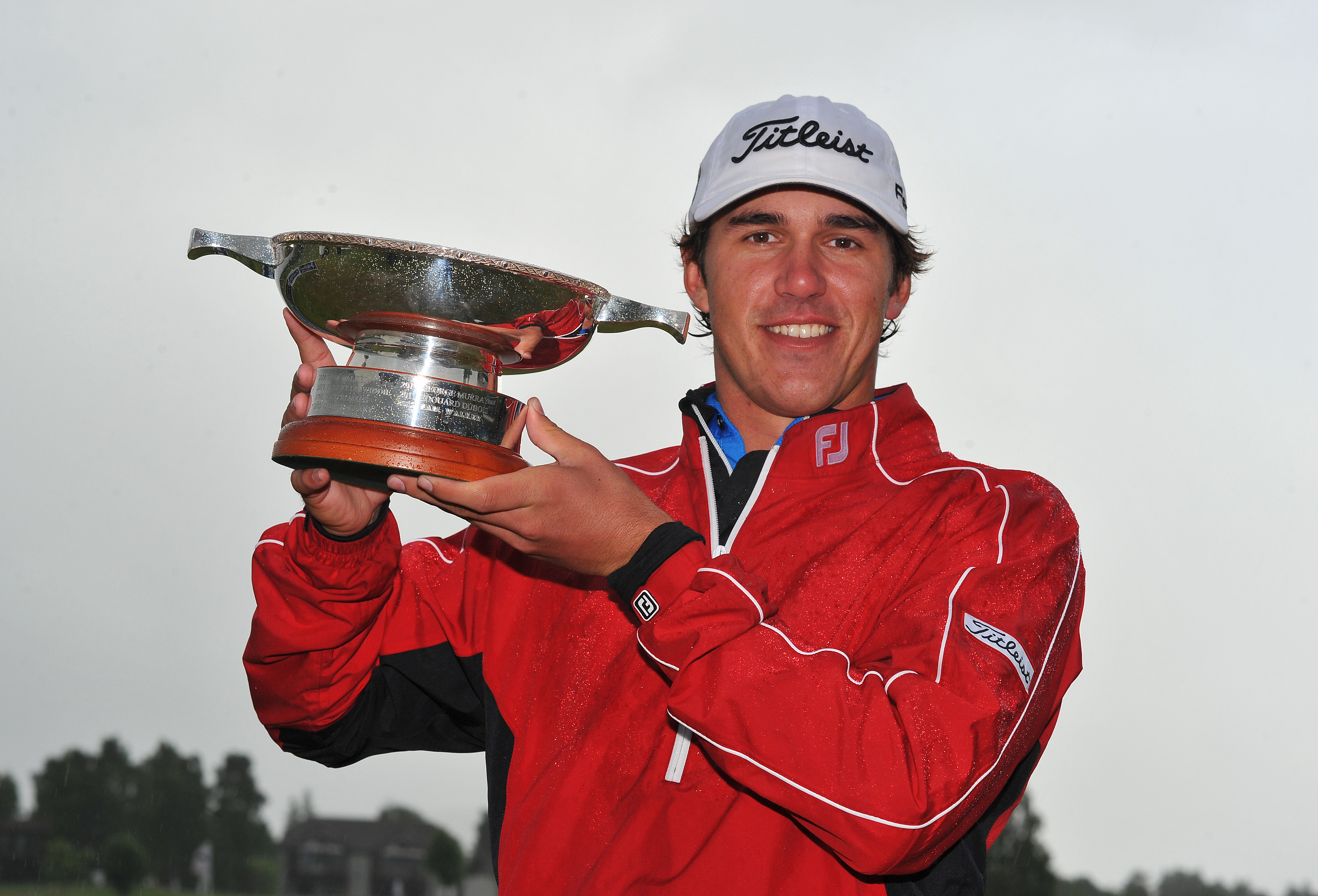 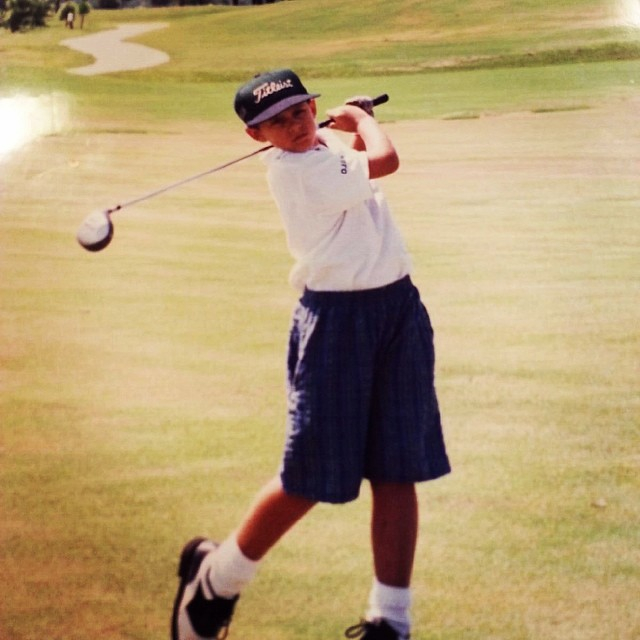 The wire-to-wire win was ruthless and brilliant, sparking predictions of an era of golfing dominance similar to that of Tiger Woods.

Yet Koepka is almost unknown outside of golfing circles, particularly on these shores.

And that is all the more remarkable when you consider he made his name on the European Tour after taking an unconventional route to stardom.

After leaving Florida State in 2012, he failed to make it onto the PGA Tour via its qualifying school – as did Jordan Spieth at the same time.

But while the Texan pursued his golfing goals Stateside, Koepka crossed the pond and won four times on the European Challenge Tour – golf's equivalent to football's Championship – before promotion to the top tour and a breakthrough victory at the Turkish Airlines Open in 2014.

That finally got him into the big tournaments in the United States, and he has not looked back.

But he has never forgotten his time hopping from one hotel to another in Europe, often being away from home for months on end.

A lot of the memories are off the golf course, travelling week-to-week. The camaraderie is different. I like it more, personally, than in the States.

He said: "I think it helped me grow a little bit and really figure out that 'hey, play golf, get it done, and then you can really take this somewhere'.

"I built a lot of confidence off of that. Going that route toughened me. It was a blessing in disguise."

Despite the relative fame and riches on the American PGA Tour, Koepka said he actually preferred life in Europe.

He said: "A lot of the memories are off the golf course, travelling week-to-week. The camaraderie is different. I like it more, personally, than in the States.

"There's 30 or 40 guys on a flight and you know everybody, players, caddies, things like that. Everyone's always laughing and joking, The attitude is different.

"That's what makes it so much fun in my career. I really enjoy that aspect of seeing different cultures, being a part of it."

Koepka comes from a sporting family – great uncle Dick Groat played baseball for Pittsburgh Pirates while father Bob was a fine golfer and brother Chase is currently following in his footsteps on the European Tour.

He took up the sport aged ten when nose and sinus injuries sustained in a car crash meant he was banned from playing contact sports for the summer.

By the age of 13, he was club champion at Sherbrooke Golf and County Club in Florida, beating his father in the final.

His mother, Denise Jakows, beat breast cancer while he was at college, something that helped shape Koepka's laid-back attitude on the course.

He said: "It made me figure out that life can go pretty quickly, so enjoy it. Maybe not take things as seriously."

He made his Ryder Cup debut in 2016, winning three matches out of four, and also played in the USA's 2018 defeat in France, where his tied singles match with Paul Casey was widely regarded as being a classic.

In a sport where the headlines are dominated by the likes of media darlings Woods and Rory McIlroy, Koepka has spoken of his frustration at not getting his fair share of respect and limelight.

But he does like to lie low, shunning social media and playing a very light schedule, preferring instead to workout in the gym and target the Majors.

He has grabbed headlines of late though, slamming fellow American Bryson DeChambeau for slow play and calling Sergio Garcia a "child" for his temper tantrum in Saudi Arabia that led to disqualification.

In fact, his relationship with girlfriend Jena Sims often grabs more column inches – she is a former Miss Georgia Teen USA, who has appeared in a number of movies as well as TV shows Dexter, Entourage and One Tree Hill.

One thing is for sure though – if Koepka continues to play with the brilliance he showed at Bethpage Black, he will be grabbing the headlines he deserves for many, many years to come. 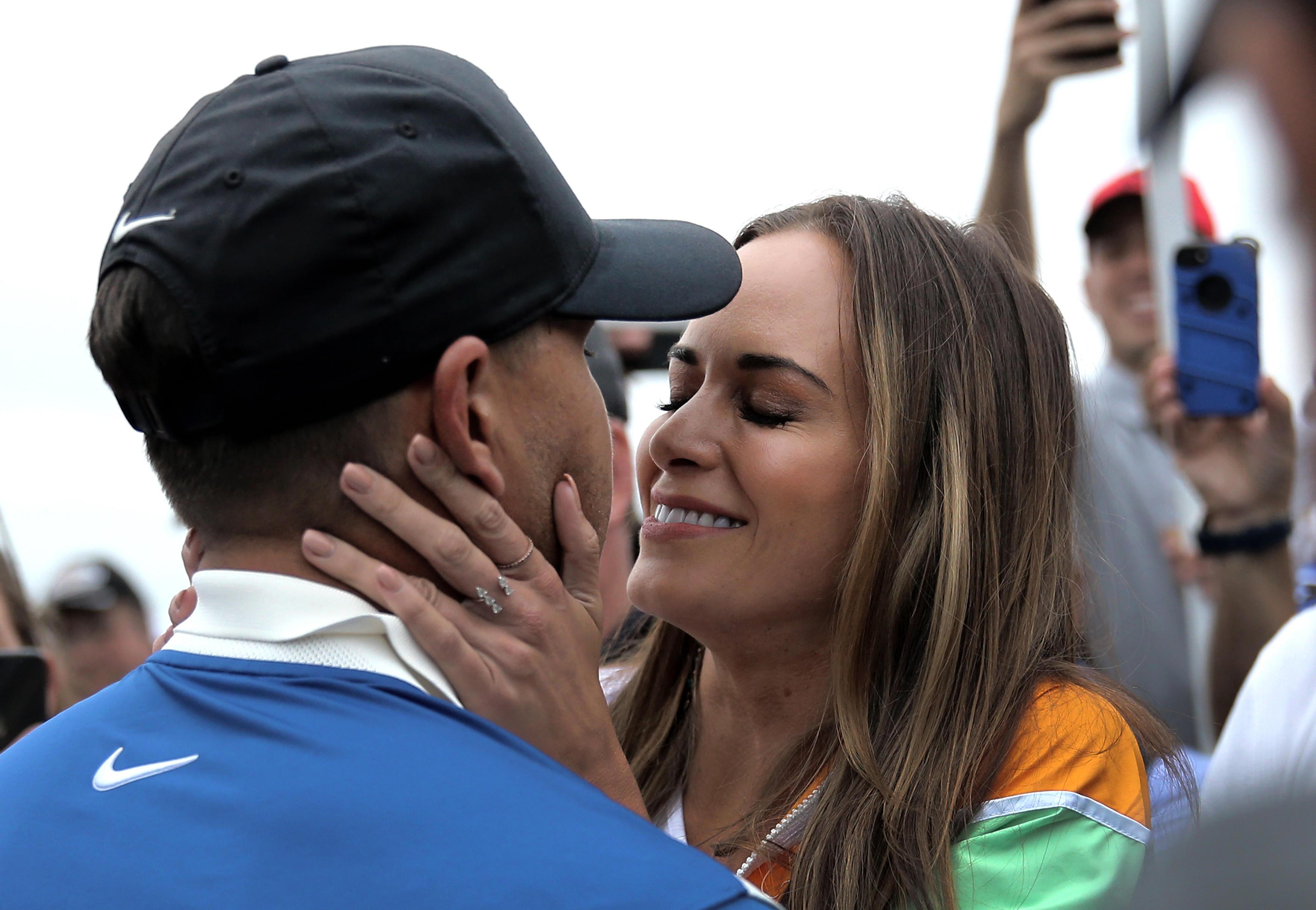 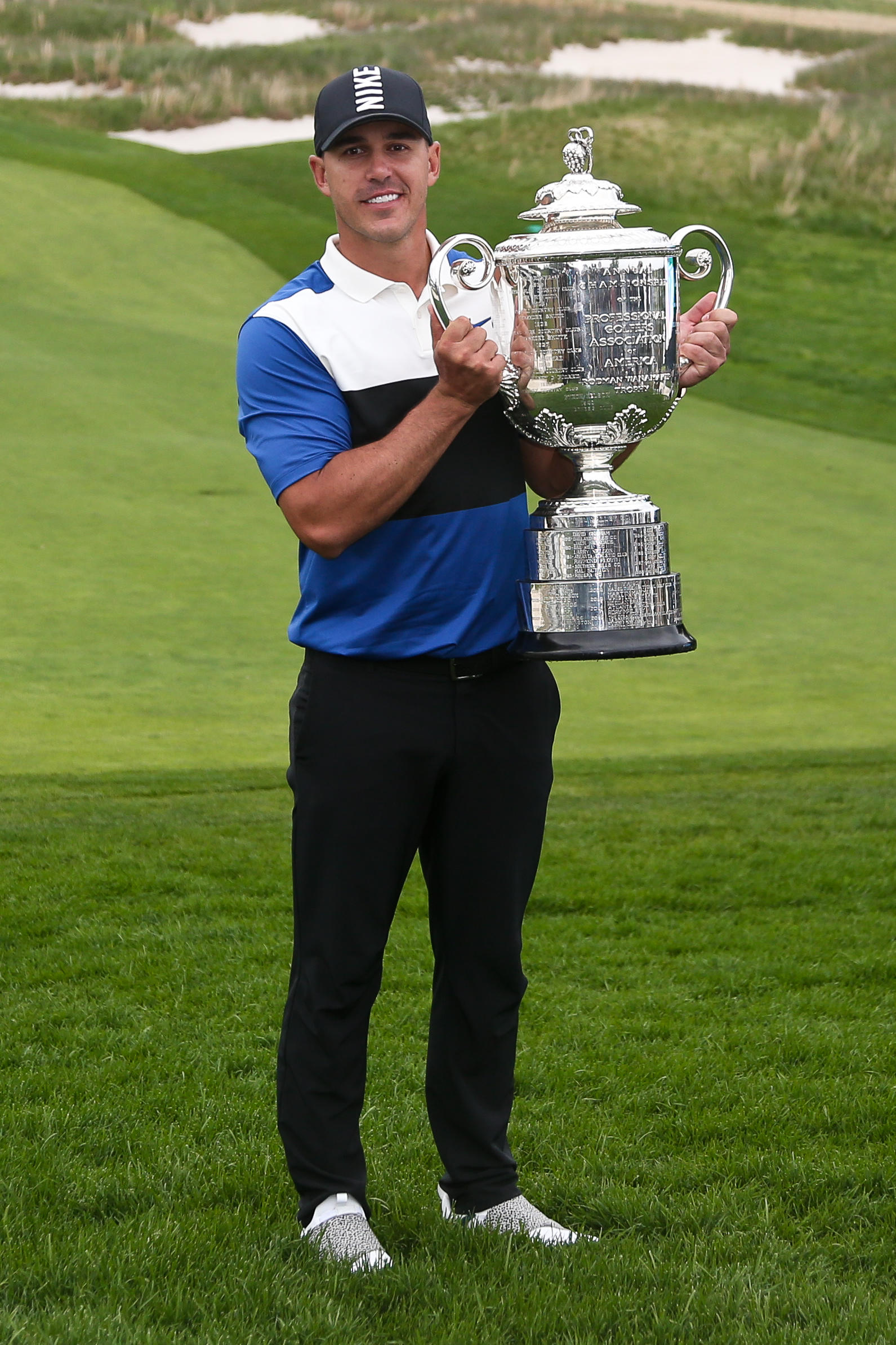 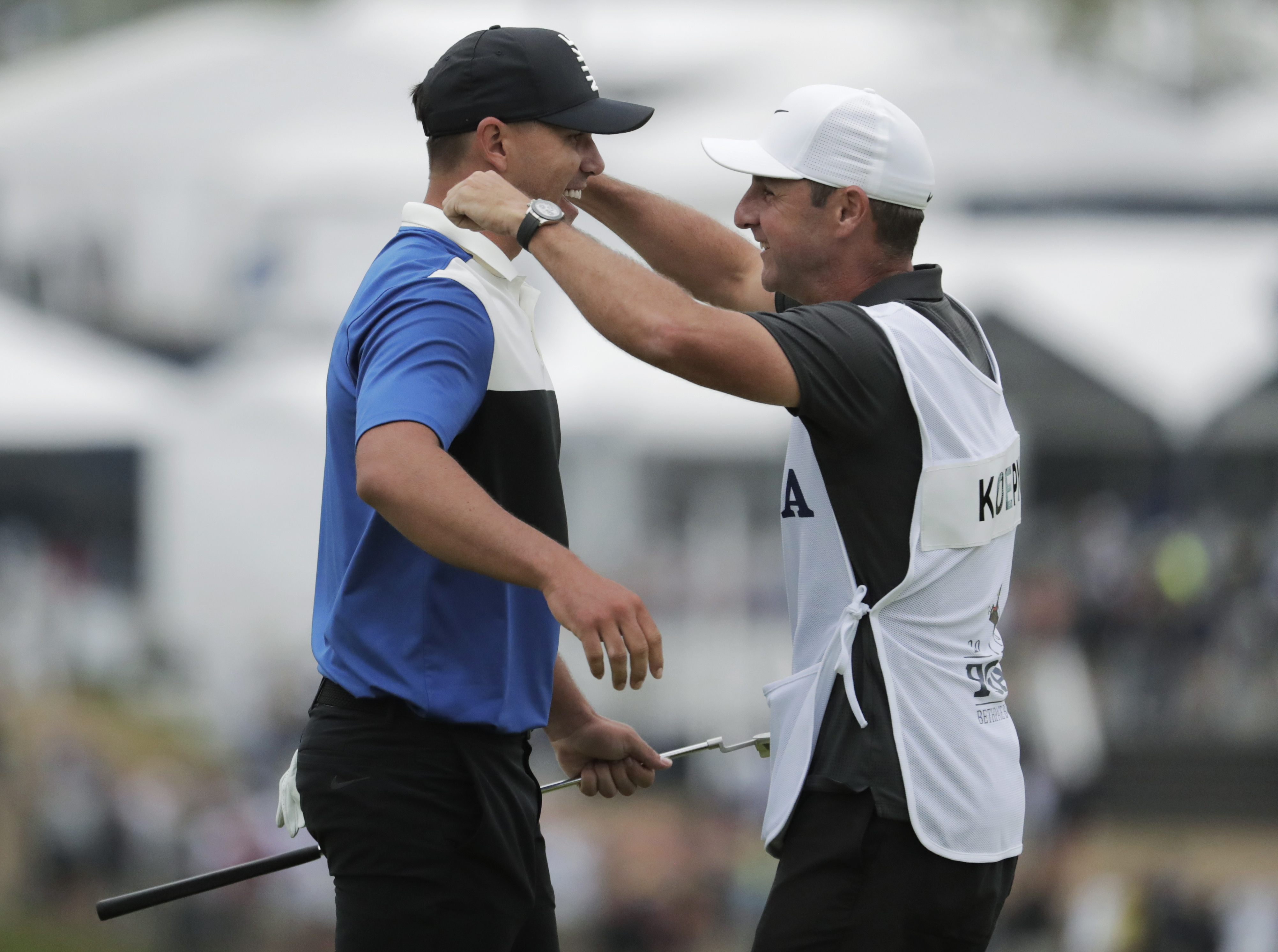