BOXING fans have been left fuming after BT Sport decided Tyson Fury's June 15 bout with Tom Schwarz is worthy of being on pay-per-view.

The 30-year-old – who is coming off the back of a draw against Deontay Wilder – faces the unknown German heavyweight at the MGM Grand in Las Vegas next month. 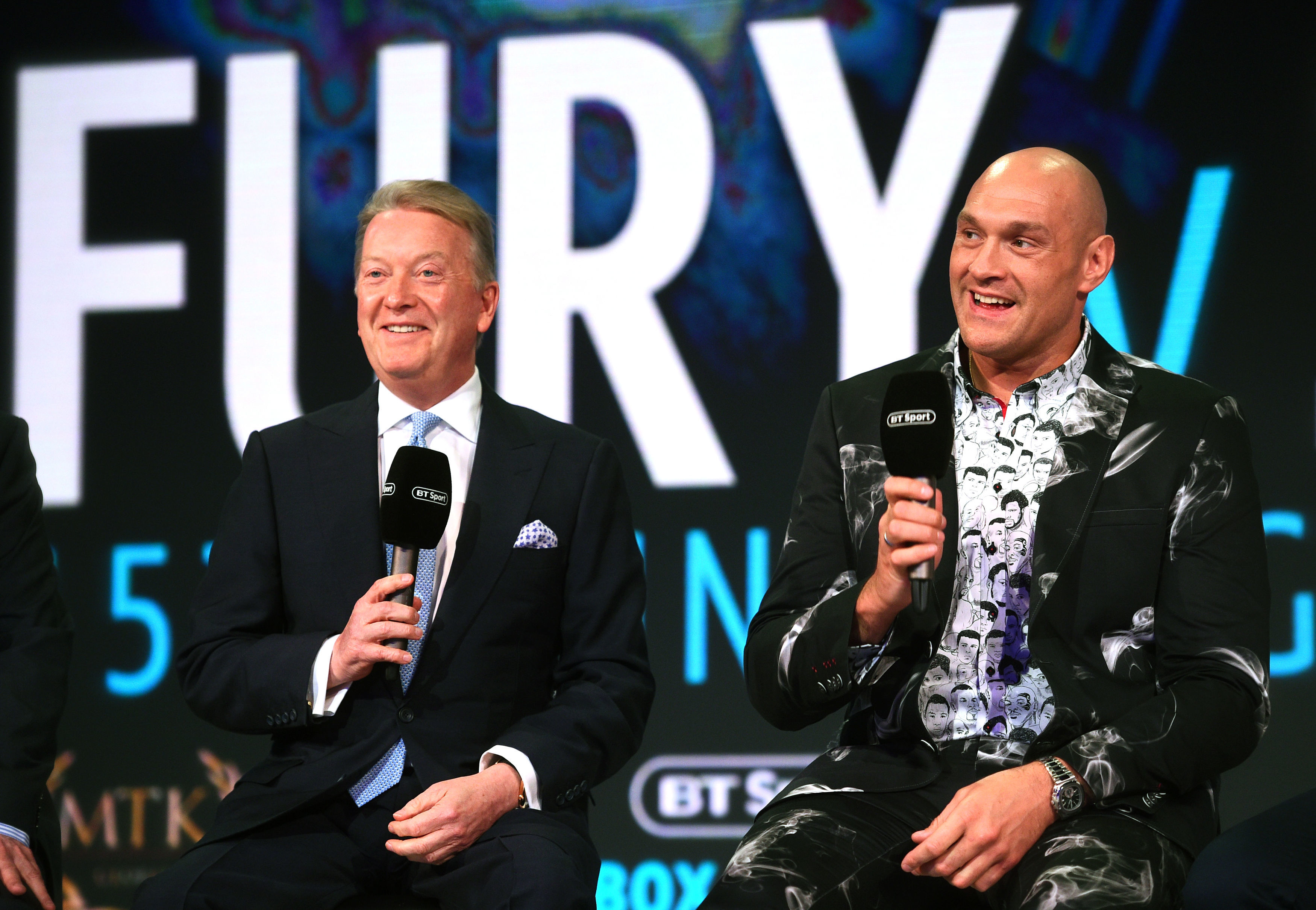 It's the first of the Gypsy King's fights on ESPN in America after he signed a lucrative £80million deal with Top Rank in February.

Fury recently revealed that he wants to fight just three more times before calling it quits – putting clashes against Wilder and Anthony Joshua in jeopardy.

The former unified champ has reportedly been ordered by the WBC to face Dillian Whyte in an eliminator to challenge the Bronze Bomber, though he has ruled out meeting the Body Snatcher inside the ring.

And in another blow for fans, Fury's match-up with the unbeaten Schwarz will be shown live on PPV – with the event available for £19.95 on BT Sport.

Commenting on the news, one person tweeted: S*** man, Fury vs Swartz is definitely one of the top five worst PPV fights of all time."

Another said: "Fury vs Schwartz (sic) is never PPV .. boxings becoming a joke!"

One joked: "Fury Vs Schwarz is PPV?! Big Frank has your pants pulled down if you pay for that!"

While another added: "Bob Arum mocking Hearn saying he doesn’t understand the US market… then goes and serves up Fury v Schwarz, on PPV."

Another simply stated: "Fury v Schwarz PPV is peak Warren, absolutely top level s***housery after all the s**** he's been throwing at Hearn the past couple months.

"Love how brazen it is. Also what a time to be a mediocre Heavyweight. Laughing their way to the bank."

One quipped: "What’s the lowest ever amount of PPV buys? Surely Fury v Schwarz will be challenging for this title."

While another said: "Fury vs Schwarz being PPV is p*** taking of the highest order. Pure greed, nothing more."