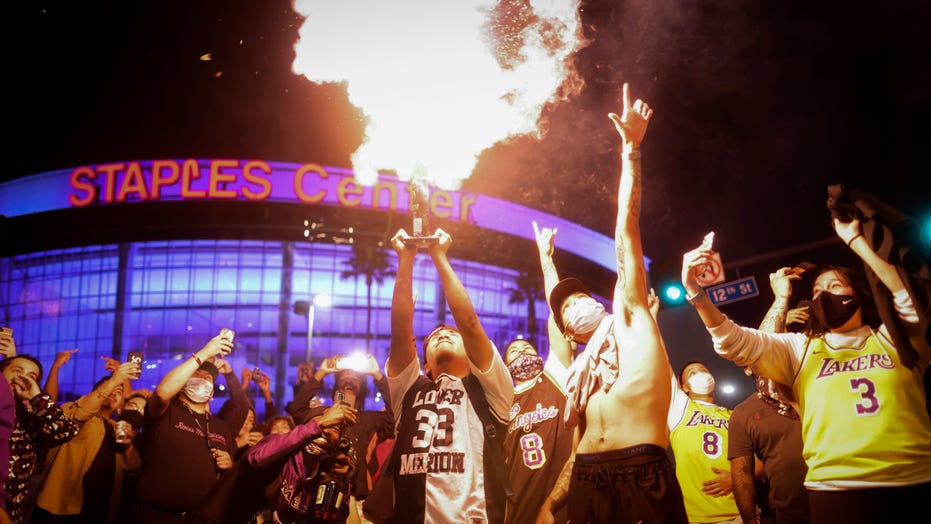 Police in California arrested 76 people outside the Staples Center on Monday night after a large crowd celebrating the Los Angeles Lakers winning its 17th NBA Championship turned “violent and destructive.”

More than 1,000 Lakers fans gathered in downtown Los Angeles late Monday night to celebrate their team’s 106-93 win over the Miami Heat in Game 6 of the Finals, but things quickly escalated when some participants began throwing glass bottles and rocks at law enforcement.

“What started out as a largely peaceful celebration of the Los Angeles Lakers NBA championship in downtown Los Angeles, turned into confrontational, violent and destructive behavior late last night,” police said in a press release. 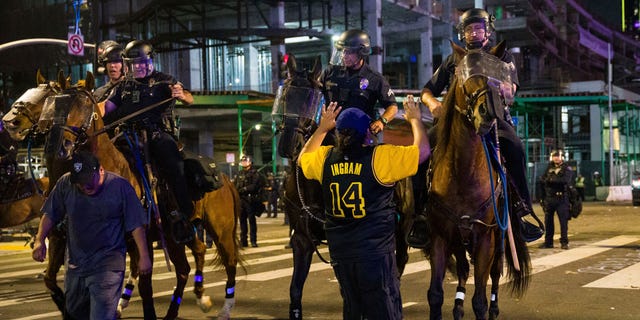 “Unruly individuals mixed within the crowd began throwing glass bottles, rocks, and other projectiles at officers. That is when an unlawful assembly was declared, and only a limited number of people complied and began to disperse. A larger portion of the group broke off and began vandalizing businesses while continuing to engage in violent behavior, some aimed at responding officers.”

Police say 76 people were arrested and charged with vandalism, assault on a police officer and failure to disperse. Eight police officers were injured as a result and received medical treatment.

Two crowd members were also injured by what officials called “less lethal munitions” and were taken to area hospitals.

City officials said that more than 30 buildings and establishments were damaged as a result of Monday night’s gathering. According to the Los Angeles Times, local TV showed some trying to kick in the windshield of an LAPD cruiser while others blocked roads so cars could do "donuts" and set off fireworks in the street. 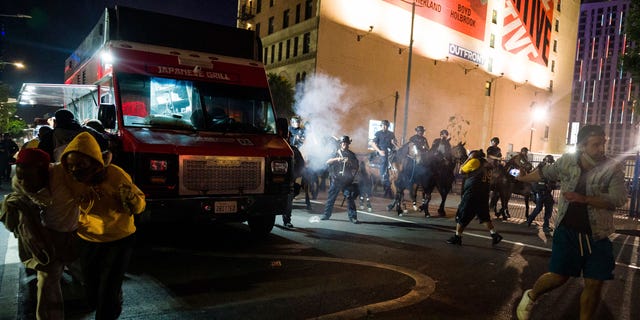 The Lakers tied the Boston Celtics for the most championships in league history with Monday night’s win. LeBron James was named the 2020 NBA Finals MVP after averaging 29.8 points, 11.8 rebounds, and 8.5 assists while shooting 59 percent from the field over the six games.

CLICK HERE TO GET MORE SPORTS COVERAGE ON FOXNEWS.COM

James won his fourth title, doing it with a third different franchise, making him the first player in NBA history to win Finals MVP with three different teams.