CANELO ALVAREZ was so dismissive of Callum Smith during their fight – he stood up and refused to sit down between rounds. 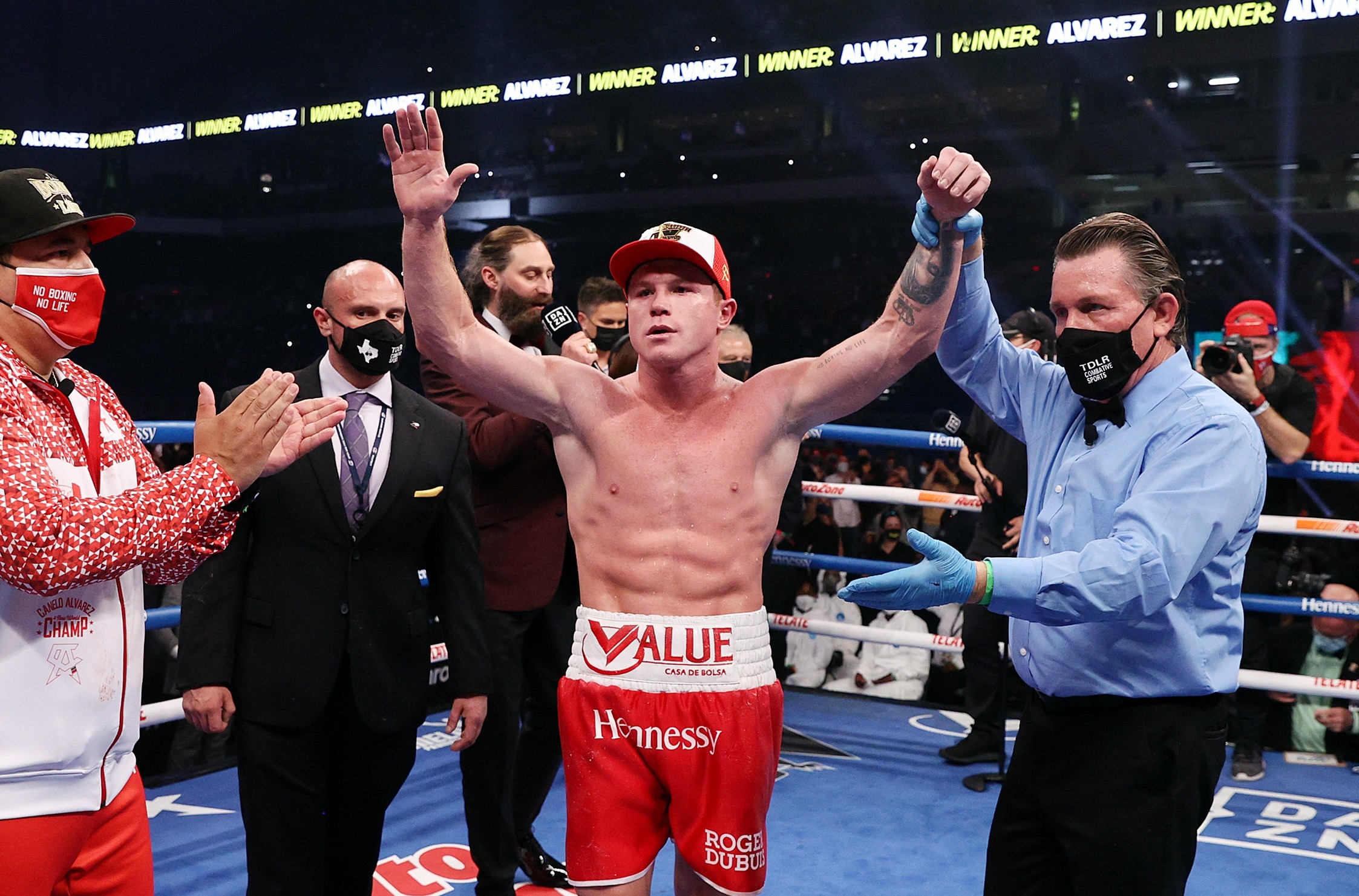 The P4P king shone throughout and after some early Smith flurries, his power and skill prevailed on an easy nights work.

But as the bout wore on, Canelo showed how unbothered he was by his opponent by standing up in between rounds.

During intervals of the later stages, he calmly walked around, chatted away and looked relaxed in the corner.

It was a sign of how confident the now four-weight division world champion was in the Alamodome, San Antonio.

Pay-per-view TV viewers were quick to point out and spot Canelo's antics on social media.

One said: "Canelo doesn't look like he's in a fight. Barely broken a sweat. All standing up in his corner."

Another added: "Canelo Alvarez is standing up between the round rd 12 instead resting."

And one commented: "Not a mark on canelo, standing up between rounds. Have to say canelo is the best out there.

"Smith had a lot of heart just not in his league."