Cardiff relegated: Which teams have been promoted, and relegated in England and Scotland? Who can still go up or down?

Football clubs across the nation are fighting relegation, for promotion or just bobbing along in mid-table – here's how things currently stands with the ups and downs across England and Scotland. 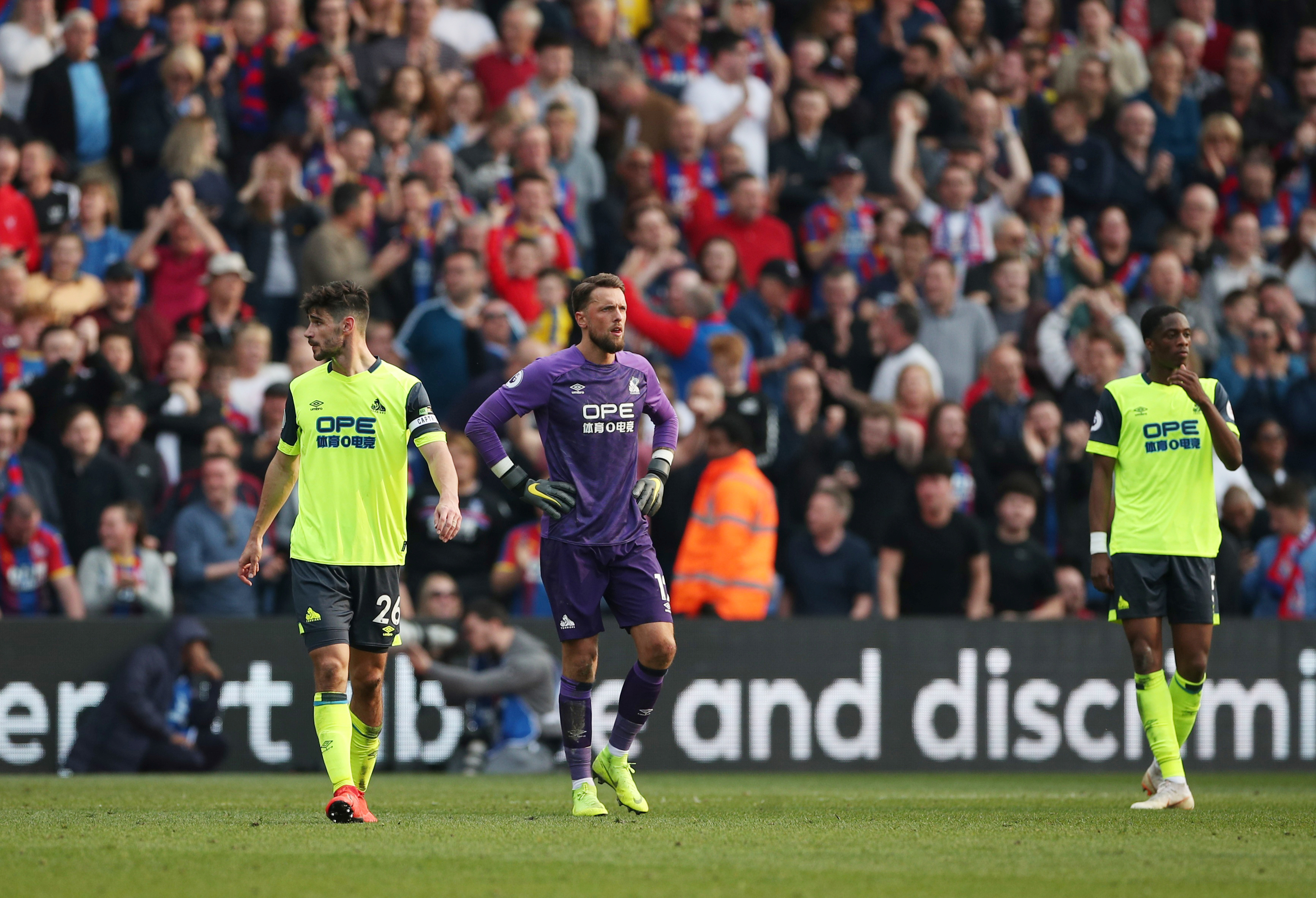 Who has won promotion and been relegated in England?

STARTING at the top and there have already been two confirmed relegations from the Premier League this term.

Both Huddersfield and Fulham will be playing Championship football next season, with the Terriers succumbing to the inevitable after a dismal run of just three wins in 32 games.

It's not been much better for the Cottagers though who spent upwards of £100m in the summer, only to crash out of the top division after a 4-1 thrashing at Watford on April 2.

Cardiff joined them after losing to 3-2 to Crystal Palace.

Man City will win the title this weekend if they beat Leicester and Liverpool lose at Newcastle. 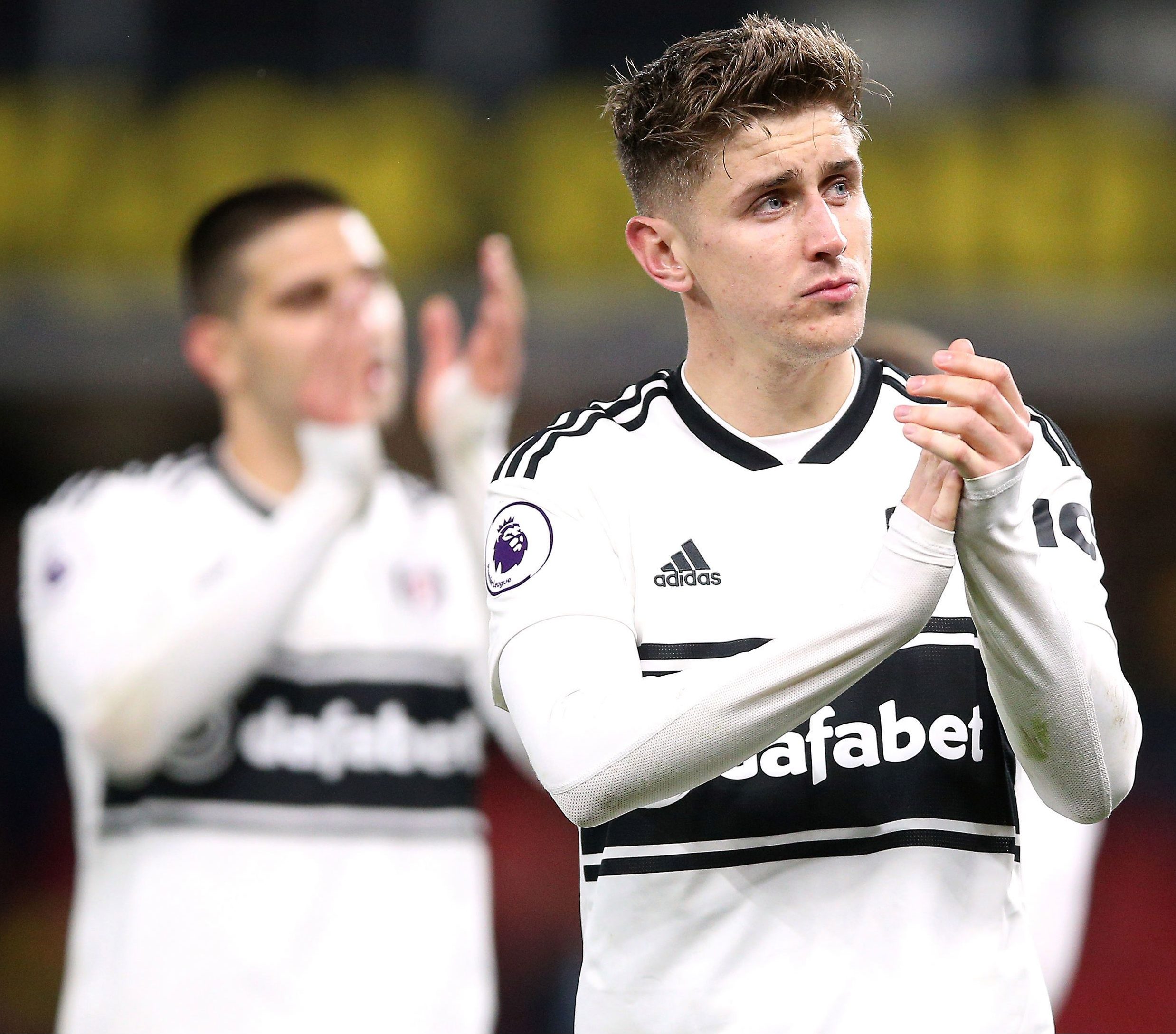 NORWICH CITY and Sheffield United were both promoted last weekend and will now battle it out for the title, with a point enough for the Canaries.

After shock defeats to Wigan and Brentford, Leeds' 1-1 draw at home to Aston Villa condemned them to a play-off spot, where they'll be joined by West Brom and Aston Villa.

Derby, Middlesbrough and Bristol City will then battle it out for the final top 6 place.

A win will see Frank Lampard extend the Rams' season but anything less will give Middlesbrough the chance to make the play-offs with a win at Rotherham.

Should Derby lose and Middlesbrough fail to win, Bristol City can make the top 6 with a win at Hull.

Bolton were then confirmed as playing League One football next season after losing at home to Aston Villa.

Rotherham were the final team to be relegated after losing 2-1 to West Brom. 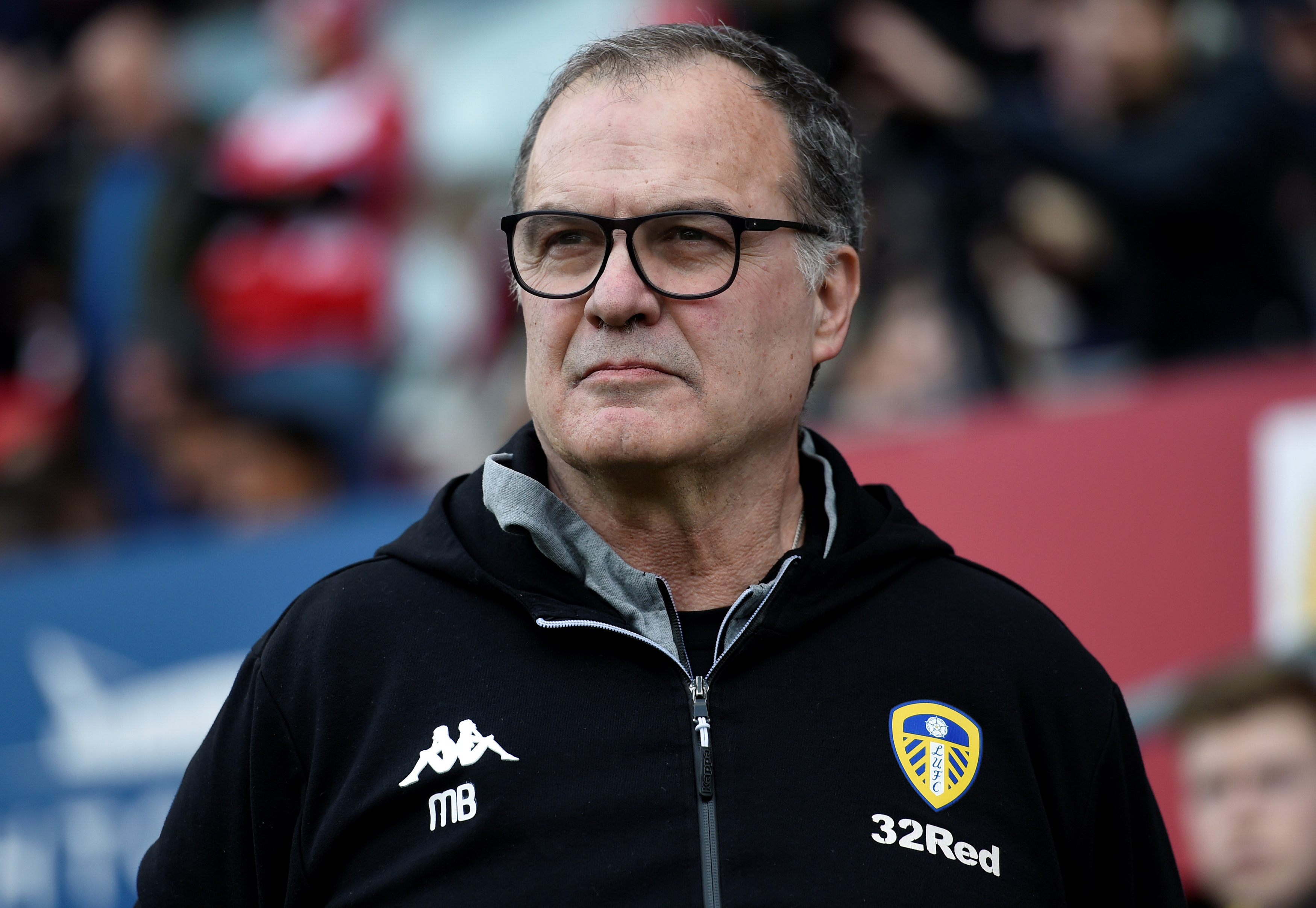 IT'S been a terrific season in England's third-tier, which features one of the tightest relegation scraps in the country.

Luton and Barnsley were both promoted in midweek after Portsmouth were beaten 3-2 at home to Peterborough.

Luton beat Oxford United on the final day of the season to become champions.

Doncaster secured their place in the play-offs with a 2-0 win over Coventry City.

Bradford became the first team to get relegated from the division after losing at Coventry on Good Friday.

Wimbledon's draw against bottom side Bradford City was enough to keep them in League One.

Walsall's draw against Shrewsbury Town was not enough, sending them down.

But in the most dramatic of endings, Southend scored a late winner against Sunderland to hold on and survive – with Plymouth falling just short despite beating Scunthorpe United, which relegated the Iron. 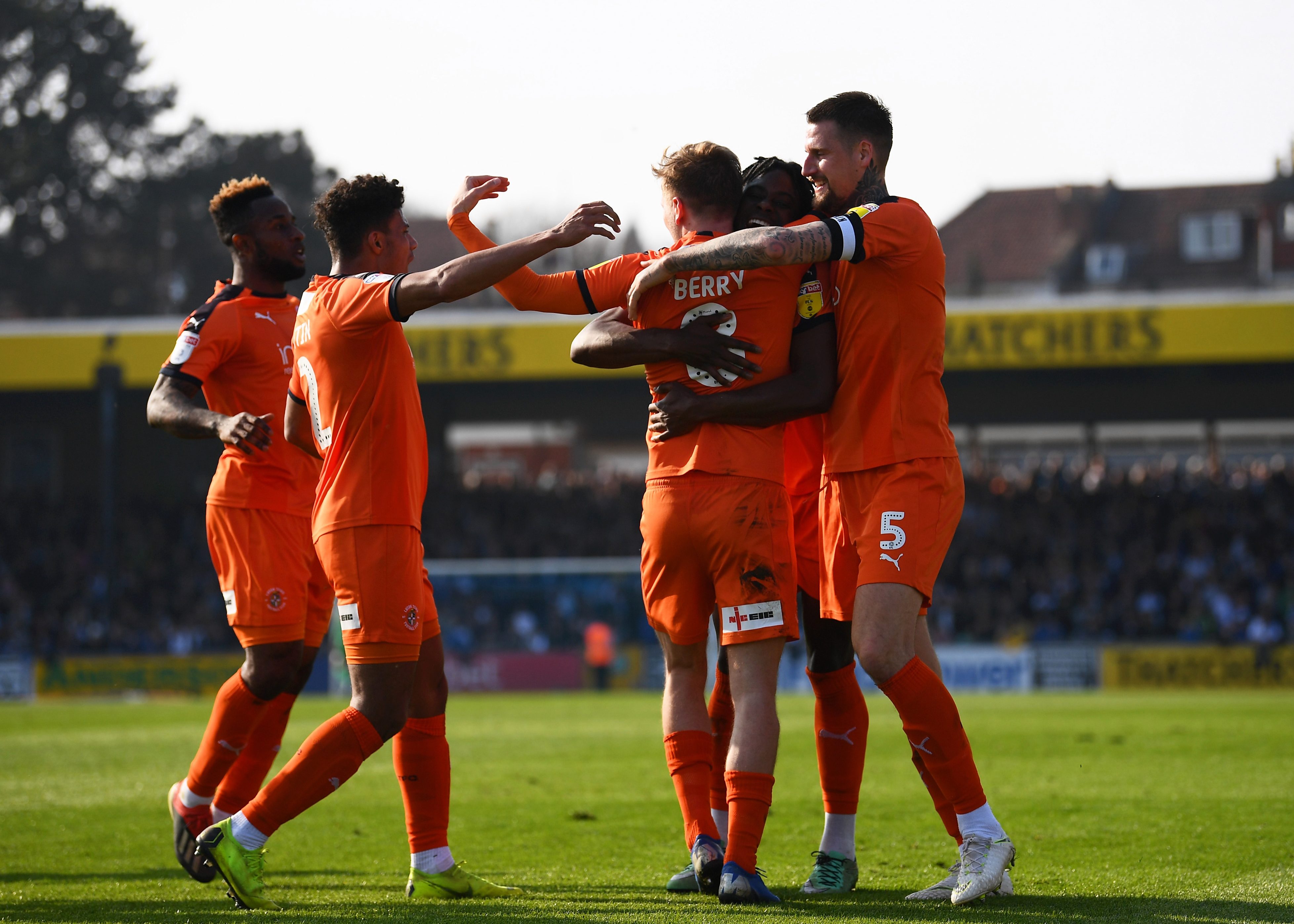 Bury are promoted after drawing against Port Vale, while MK Dons join them after beating Mansfield.

A draw at Stadium MK will be enough for the Stags while a home win will see Milton Keynes promoted.
Mansfield will now go off in the play-offs, while they are joined by Forest Green, Tranmere Rovers and Newport County.

Yeovil were relegated after drawing against Northampton Town.

Notts County tasted defeat at the hands of Swindon Town to see them relegated to the Conference for the first time in a 131 years.

Who has won promotion and been relegated in Scotland?

CELTIC won their eighth-straight SPL title after beating Aberdeen 3-0 to make sure.

With Rangers up next, the Bhoys could get a guard of honour at their Old Firm rivals.

Dundee's defeat to Hamilton ensured they were relegated to the Scottish Championship.

ROSS COUNTY are promoted as champions after hammering Queen of the South 4-0.

Dundee United, Ayr United and Inverness claim the play-off places with a game to spare.

Queen of the South will battle it out in the relegation play-off to stay in the Scottish Championship.

Relegation play-off: Queen of the South 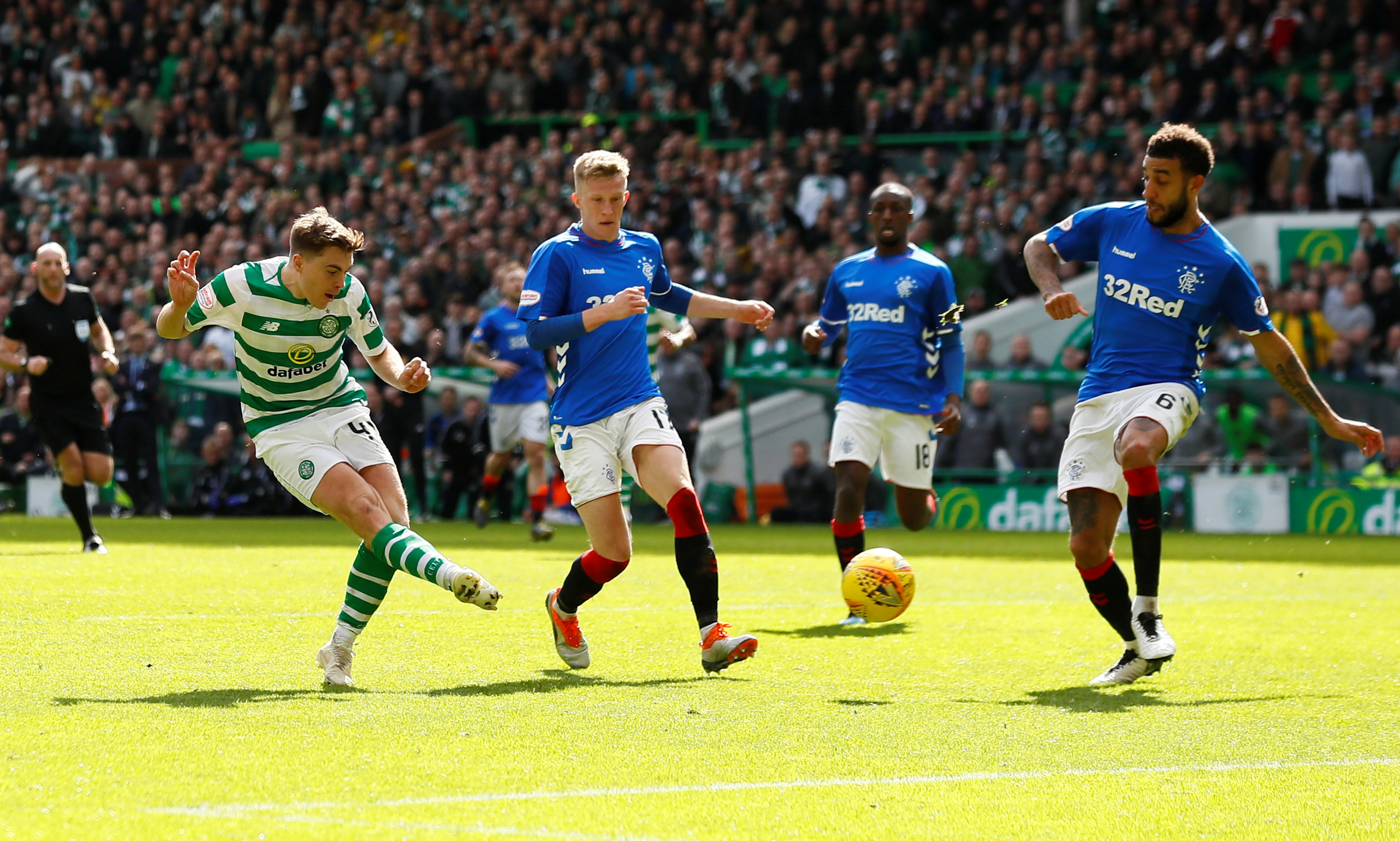 ARBROATH secured promotion as champions after drawing 1-1 against Brechin City.

Raith Rovers have secured a play-off place, along with Forfar Athletic – while Montrose have joined them despite defeat to Forfar.

Stenhousemuir held onto a draw against Brechin City to relegate them and keep themselves up.

Peterhead's victory over Queen's Park was enough to ensure they were promoted as champions – while Clyde settle for a play-off place.

Berwick Rangers will go into the relegation play-offs to fight for their survival.