CELTIC clinched their EIGHTH successive title this afternoon at Pittodrie.

A 3-0 win over Aberdeen saw the Hoops wrap up the Scottish Premiership trophy in style and with two games to spare. 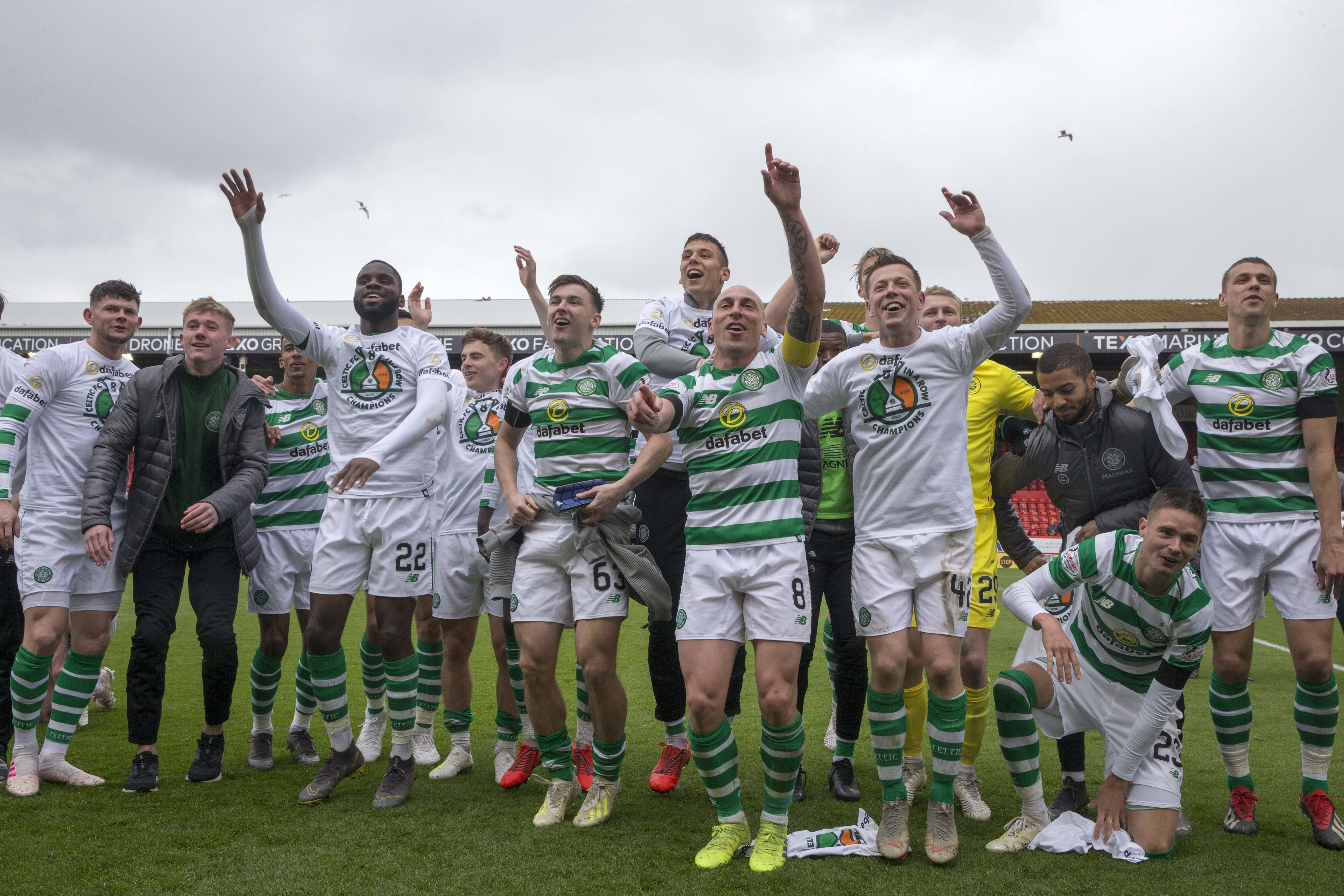 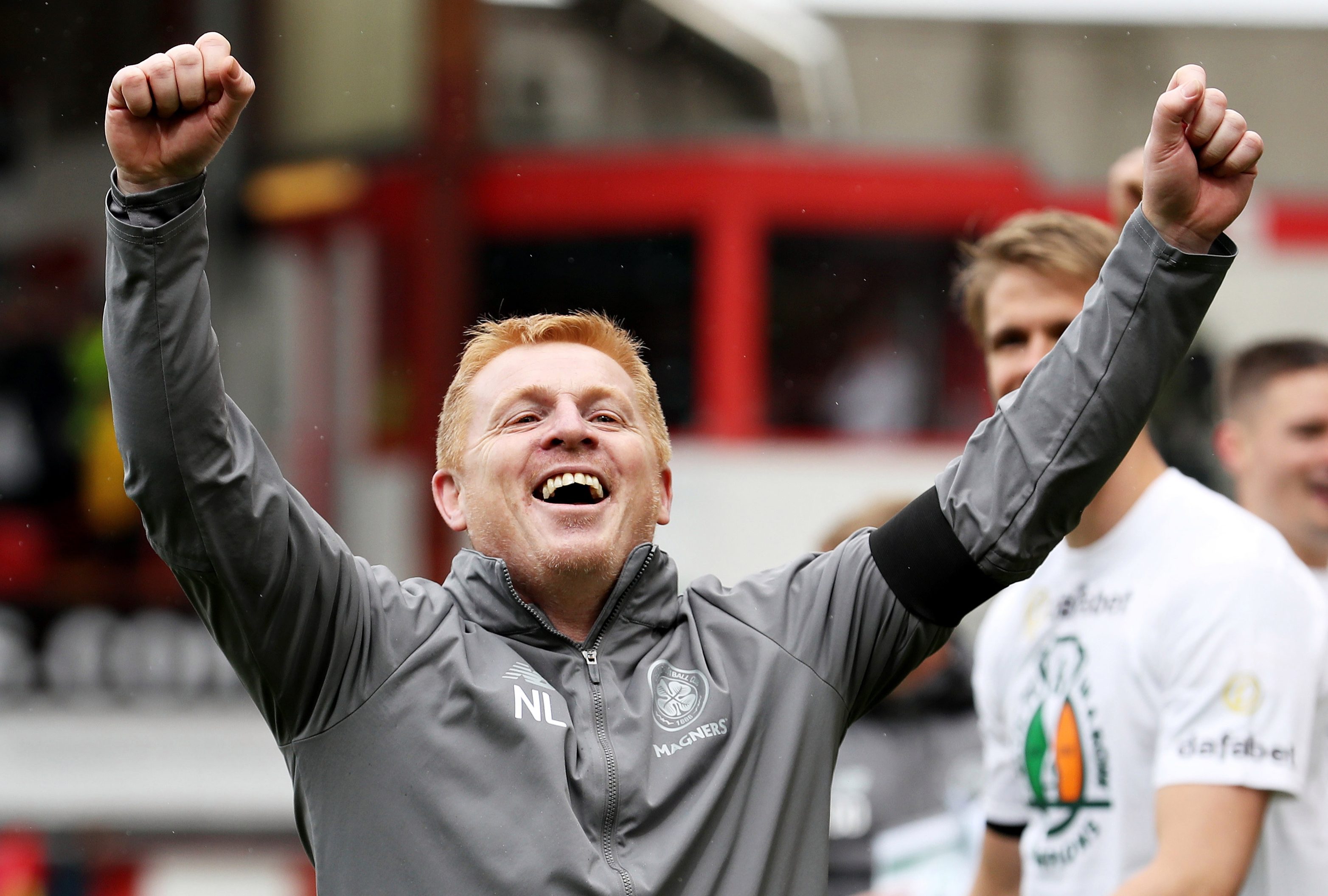 The league champions now stand just one game away from securing an unprecedented treble Treble.

They take on Hearts at Hampden on the May 25 and a win could see the Hoops secure a clean sweep of domestic trophies for the third successive season.

It is Neil Lennon's fourth league triumph as manager at Parkhead after securing the first three of the current run during his previous spell as Celtic manager.

At times in the first half it looked like the Hoops might have to wait to celebrate eight-in-a-row. 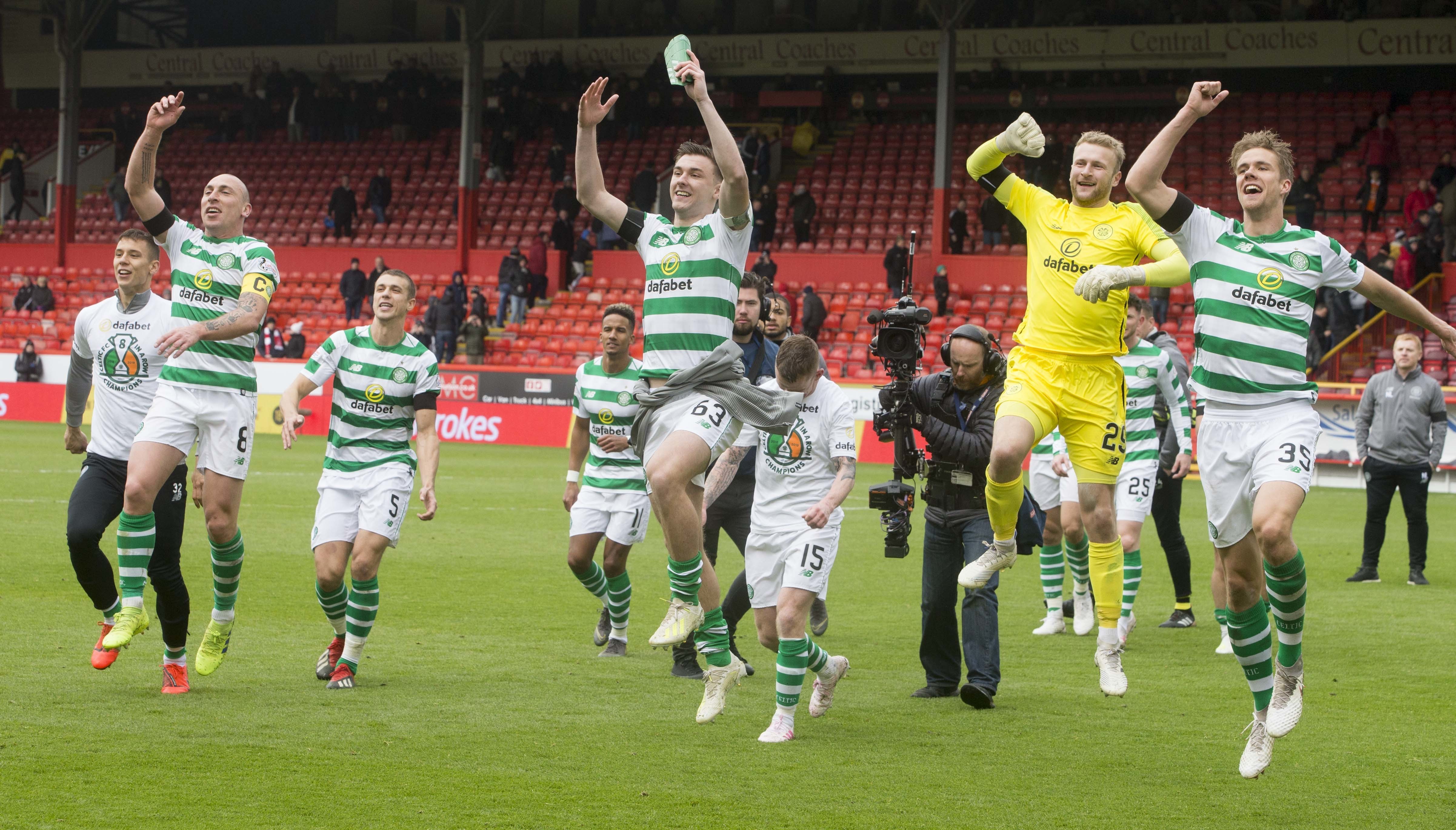 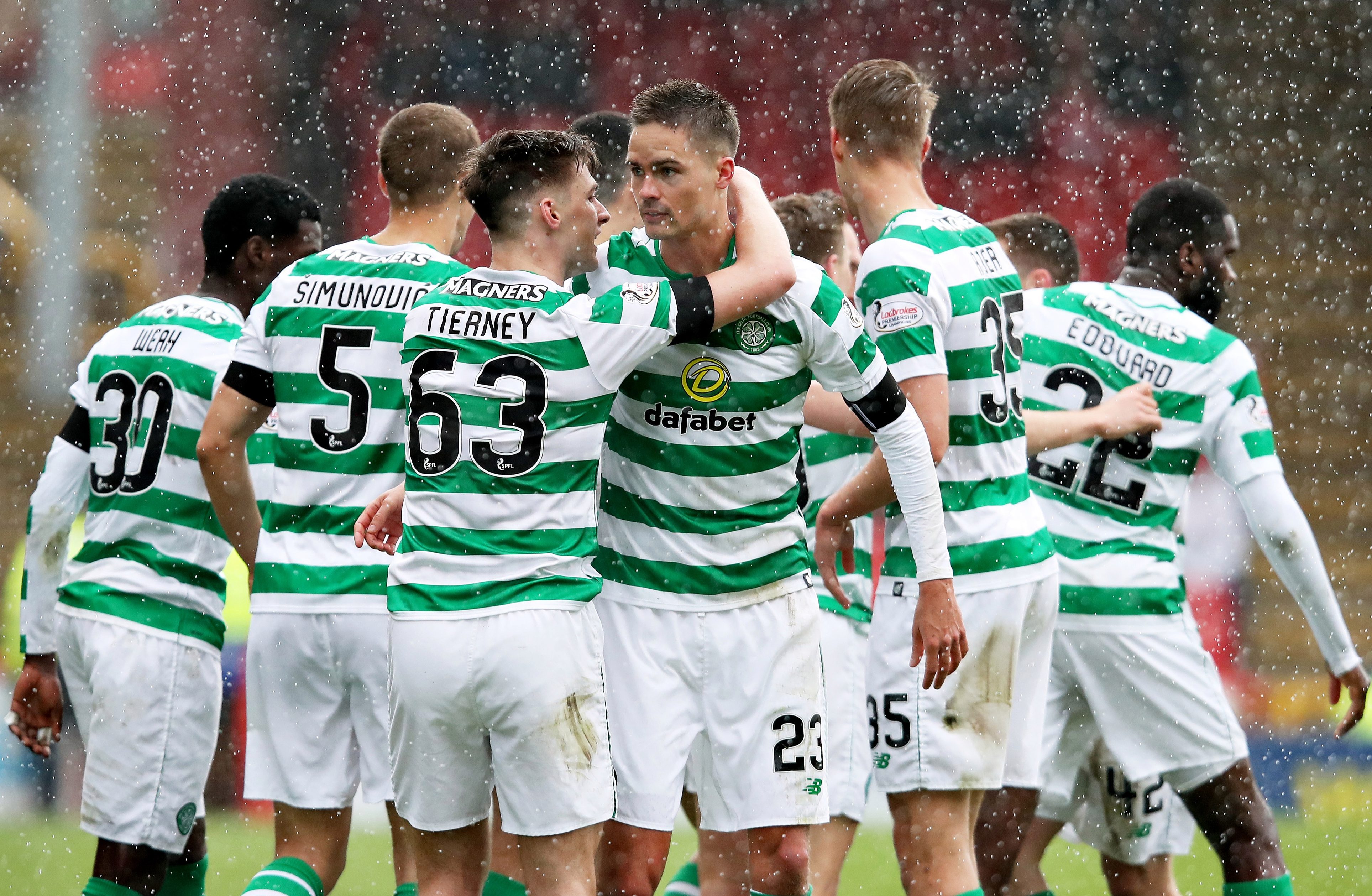 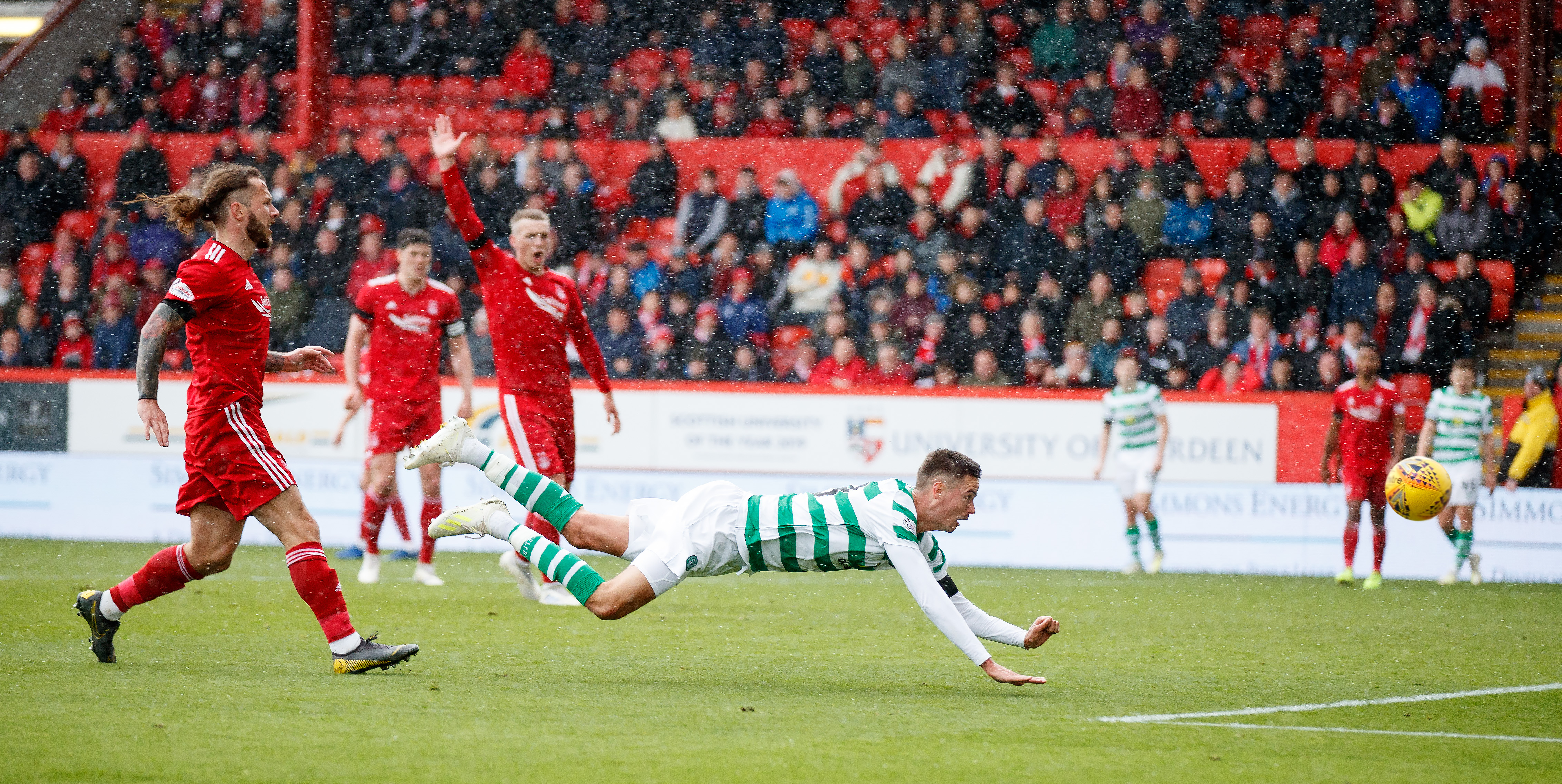 Despite Celtic being in control of the early stages of the match, the Dons came close to taking the lead on two occasions.

The Dons were without manager Derek McInnes as a touchline ban he picked up after making a gesture towards Hoops fans chanting sectarian abuse at him kept him in the stands.

But his side made a bright start, and after a quarter of an hour, Greg Stewart's cross found James Wilson whose volley bounced up off the turf and clipped the crossbar.

As half-time approached, Wilson was denied by the woodwork again, however, on this occasion the on-loan Manchester United forward should have found the back of the net.

Sam Cosgrove's strike was well stopped by Scott Bain but the ball spilled to Wilson and the forward couldn't get his strike on target.

Up at the other end, the Hoops showed why they are champions as they took the lead with half a chance.

That goal put Neil Lennon's men ahead at the break, but early in the second-half they secured the win as they doubled their lead.

Last week's goal hero Jozo Simunovic found the back of the net again to kick-off the title party for Celtic.

The big defender rose to meet a corner with a powerful header to make it two goals in two games.

As the final whistle approached, the Hoops further extended their league as French forward Odsonne Edouard scored his 21st of the season.

He picked up a Tom Rogic pass and slipped the ball past Lewis in the Dons goal to put the icing on the cake for Celtic. 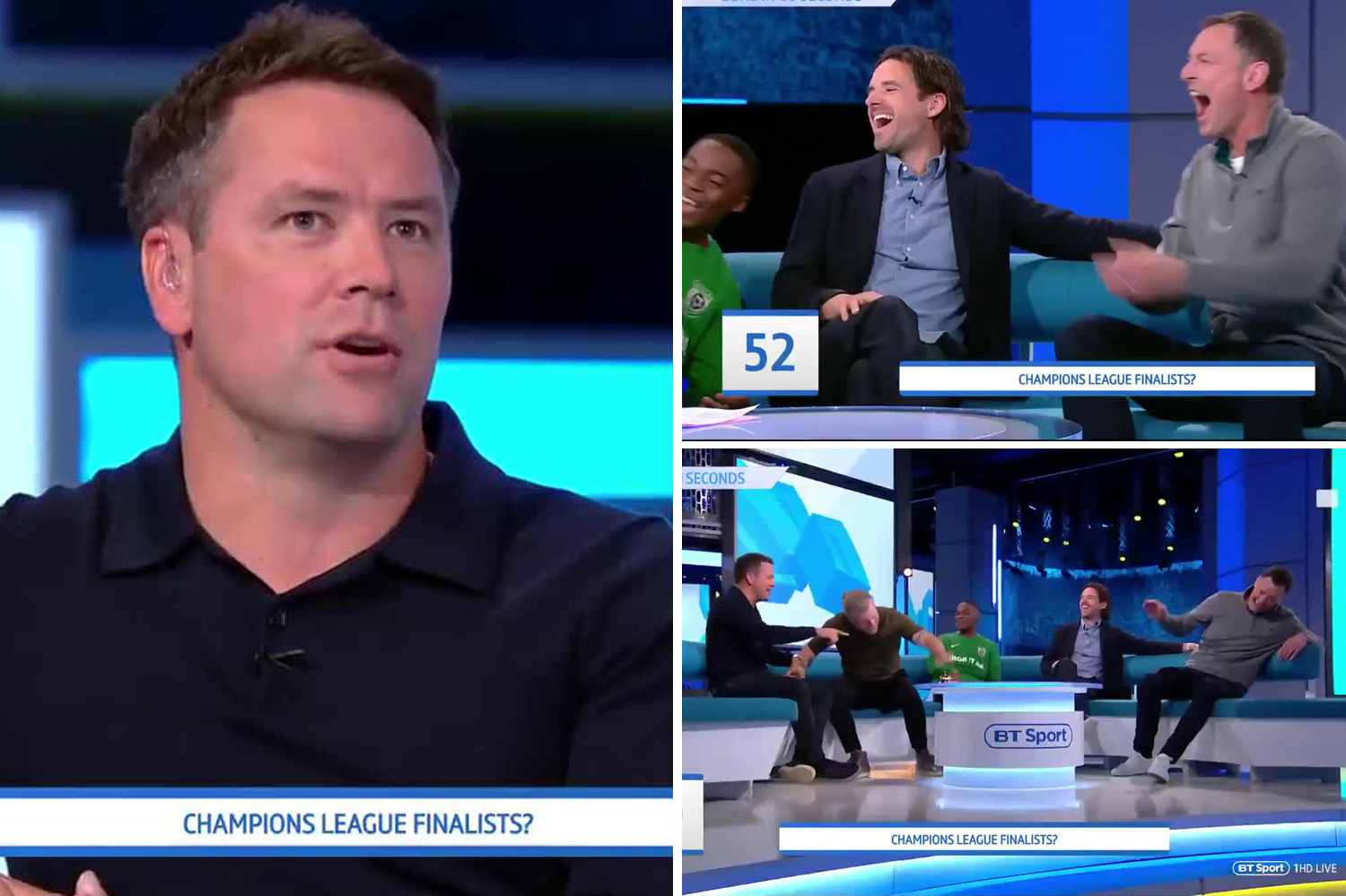 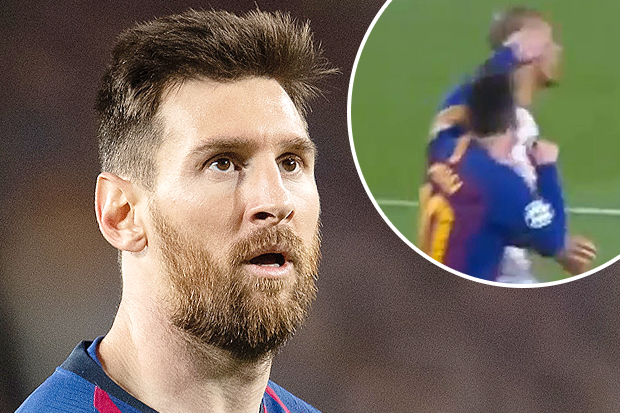 They then face Hearts at Parkhead, before meeting Craig Levein's men the following weekend in the Scottish Cup Final. 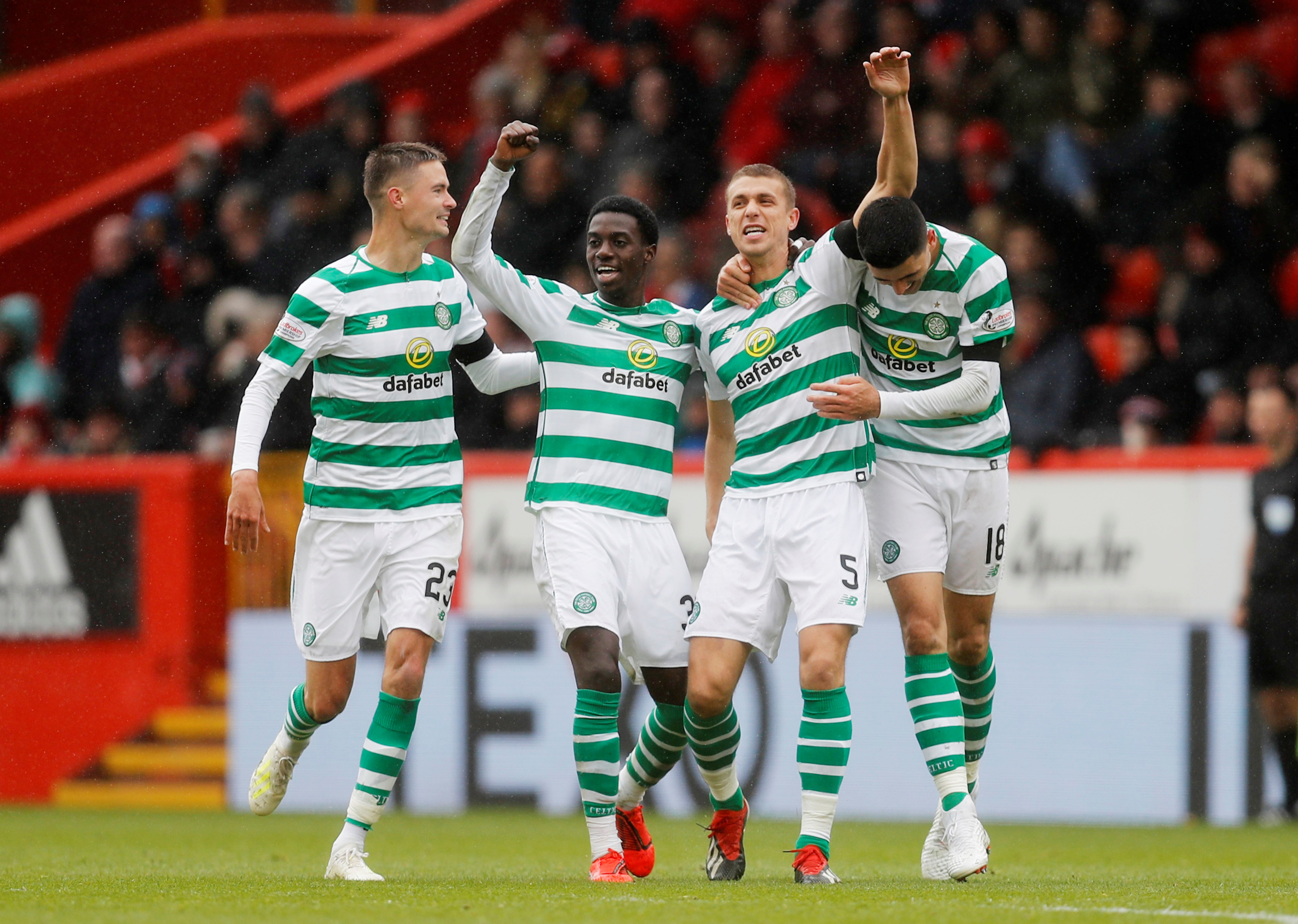 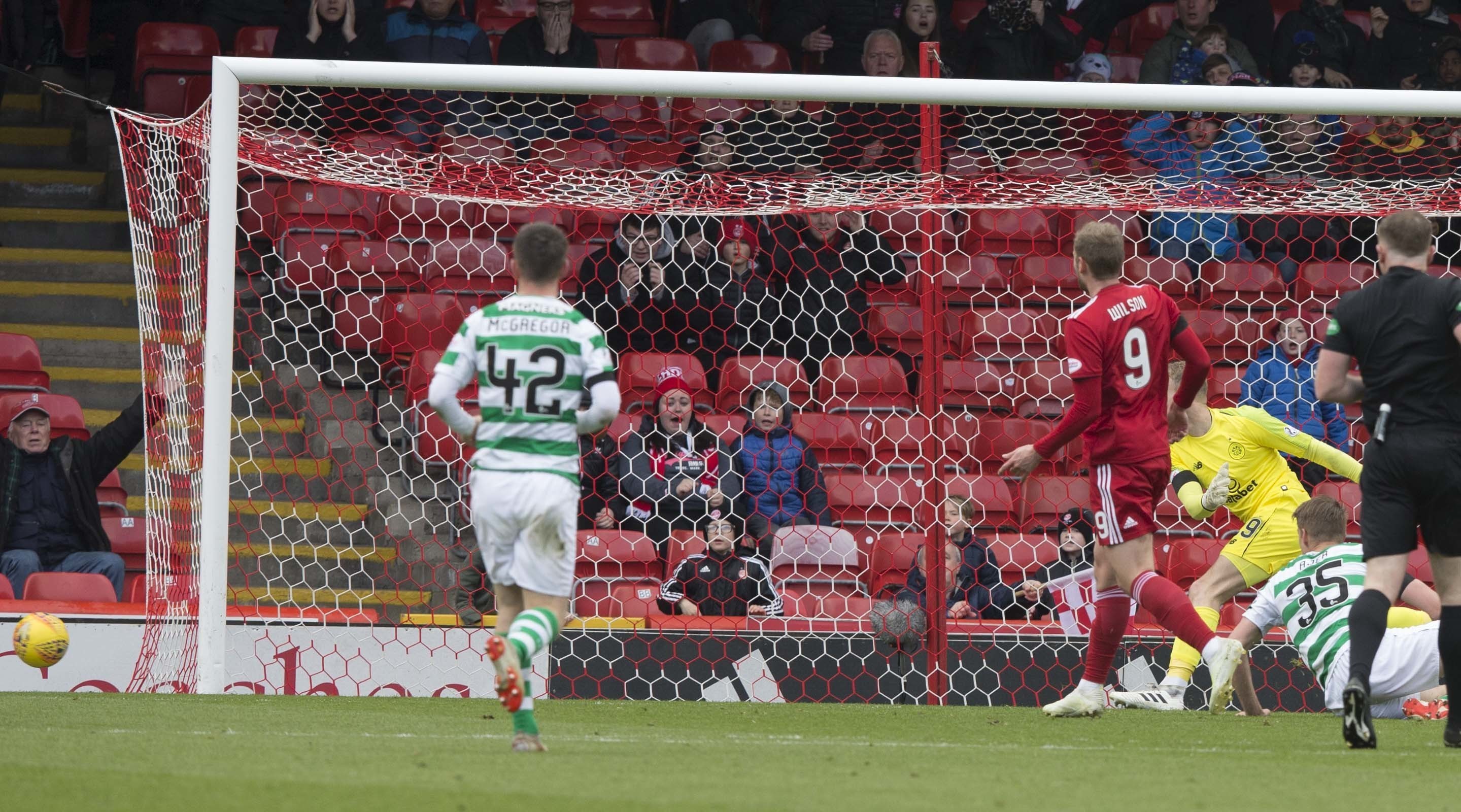 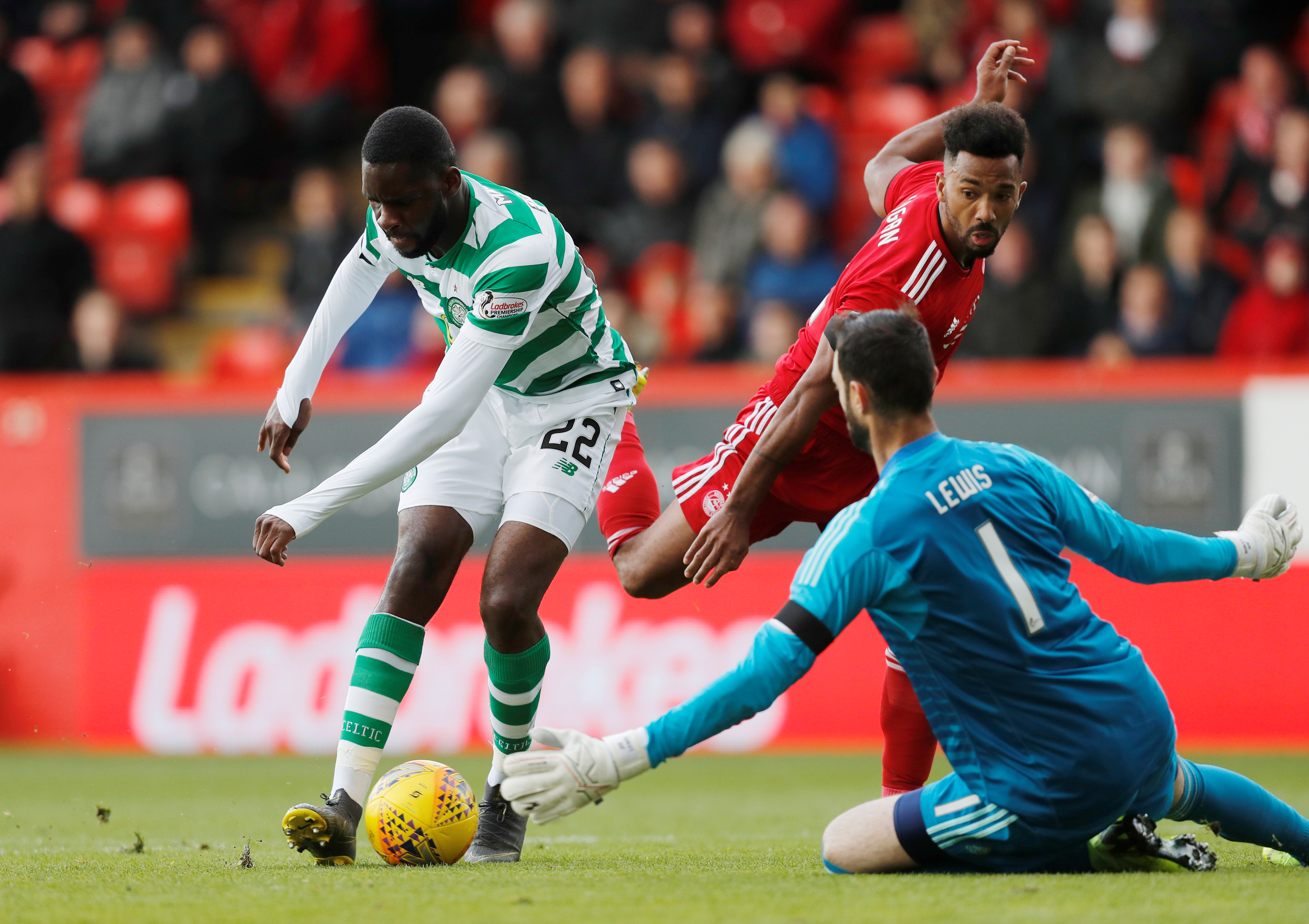