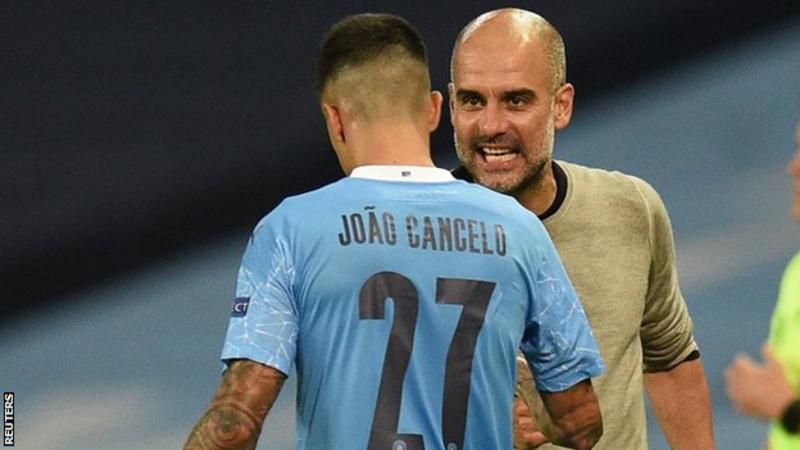 Manchester City’s missing link has always been the Champions League – tantalisingly out of reach among the blizzard of domestic domination under manager Pep Guardiola and his predecessors.

After a two-leg victory over Real Madrid, and the convincing manner in which it was accomplished over the course of almost six months, City will never have a better chance to fill that gap in their trophy room and finally achieve the ultimate goal of their Abu Dhabi-based ownership.

City were simply too good for Real, who are admittedly not the force they were, as they inflicted a first Champions League knockout defeat on manager Zinedine Zidane, a three-time winner.

There still remains real quality in the competition in the shape of the usual powerhouses Barcelona and Bayern Munich, quality that will decorate the new one-leg knockout format as the Champions League closing stages now move to Lisbon. Other serious threats lurk elsewhere.

City, in this mood, will feel they can match anyone over one game – but we have also seen they are capable of bad days in the Premier League this season, so there must also be caution.

This feels, however, more like City’s time and opportunity than in previous seasons, with Liverpool disposed of by the dangerous Atletico Madrid while Juventus and Cristiano Ronaldo have been removed by Lyon, the next opponents for Guardiola.

The Champions League has, at times, also appeared to be a tournament City have struggled to fall in love with, their fans notoriously badly-disposed towards organisers Uefa.

Here at Etihad Stadium as Real were eliminated, there was so much passion and energy on display that it was hard to avoid the growing sense that the Champions League pieces might be falling into place.

Guardiola’s team were relentless, intense and disciplined as they applied the sort of pressure that was was simply too much for Real, who seriously missed their suspended captain Sergio Ramos.

On the sidelines, noisily shattering the usual eerie silence of behind-closed-doors games, City were urged on by their substitutes and support staff, who often leapt from their seats to lend their backing.

The constant shouts of “squeeze” and “press” confirmed what we already know about much of the core of Guardiola’s philosophy.

This victory was a statement. Now is the time for Guardiola and City to make an even more significant and louder one in Portugal.

Guardiola has struggled to cross the Champions League frontier since winning with Barcelona in 2011 and this feat equals his best run since he arrived at City. This is the time to go further.

There have been moments in group stages, such as beating Barcelona, but City have too often pulled up short in the knockout phase, losing to Monaco when they were favourites to progress and to English opposition in the last two seasons in the shape of Liverpool and Tottenham Hotspur.

Guardiola will know sequence this must improve but the way in which Real were overcome was hugely impressive and must increase City’s belief that this is their year.

There remain question marks over a defence that contributed to nine defeats as they lost their Premier League title to Liverpool. It will need to pass some stern tests before Guardiola can contemplate becoming only the fourth manager to win this tournament three times.

But there is world-class quality running throughout this City side and that makes them capable of beating anyone on a given days, which is especially important as the next knockout phases will be decided on a one-off basis.

Against Real, goalkeeper Ederson was faultless, Kevin de Bruyne was silky brilliance, Phil Foden once again demonstrated his rich promise while Sterling and Jesus made life a misery for the visiting defenders.

It was all done without the injured Sergio Aguero and with the likes of David Silva, Bernardo Silva and Riyad Mahrez on the bench.

The work-rate shown against Real will give any side problems and can be expected to be maintained in Lisbon. The number of times Real were forced into turning over possession was remarkable and, as City’s sole focus given the delayed timing of the knockout stages, no energy will be expended elsewhere.

It was a result and performance that elated Guardiola and won the admiration of Zidane, who greeted him warmly by the side of the pitch long after the final whistle as these two members of football royalty conducted media duties.

This feels like Guardiola’s biggest moment in the Champions League since he came to City in the summer of 2016. This is the trophy City’s hierarchy had in mind when they assembled a staff and infrastructure in which to insert Guardiola which was the equivalent of building a house and just waiting for the ideal owner to move in.

Manchester City have let opportunity pass them by in the Champions League before. It will knock again in Lisbon and while Lyon will provide stern opposition in the quarter-finals, the opportunity feels ripe for Guardiola and his players to land the big prize.