CHELSEA have confirmed new manager Graham Potter's backroom staff ahead of his first game in charge on Wednesday.

The ex-Brighton boss replaced Thomas Tuchel last week after the German was sacked after a poor start to the campaign. 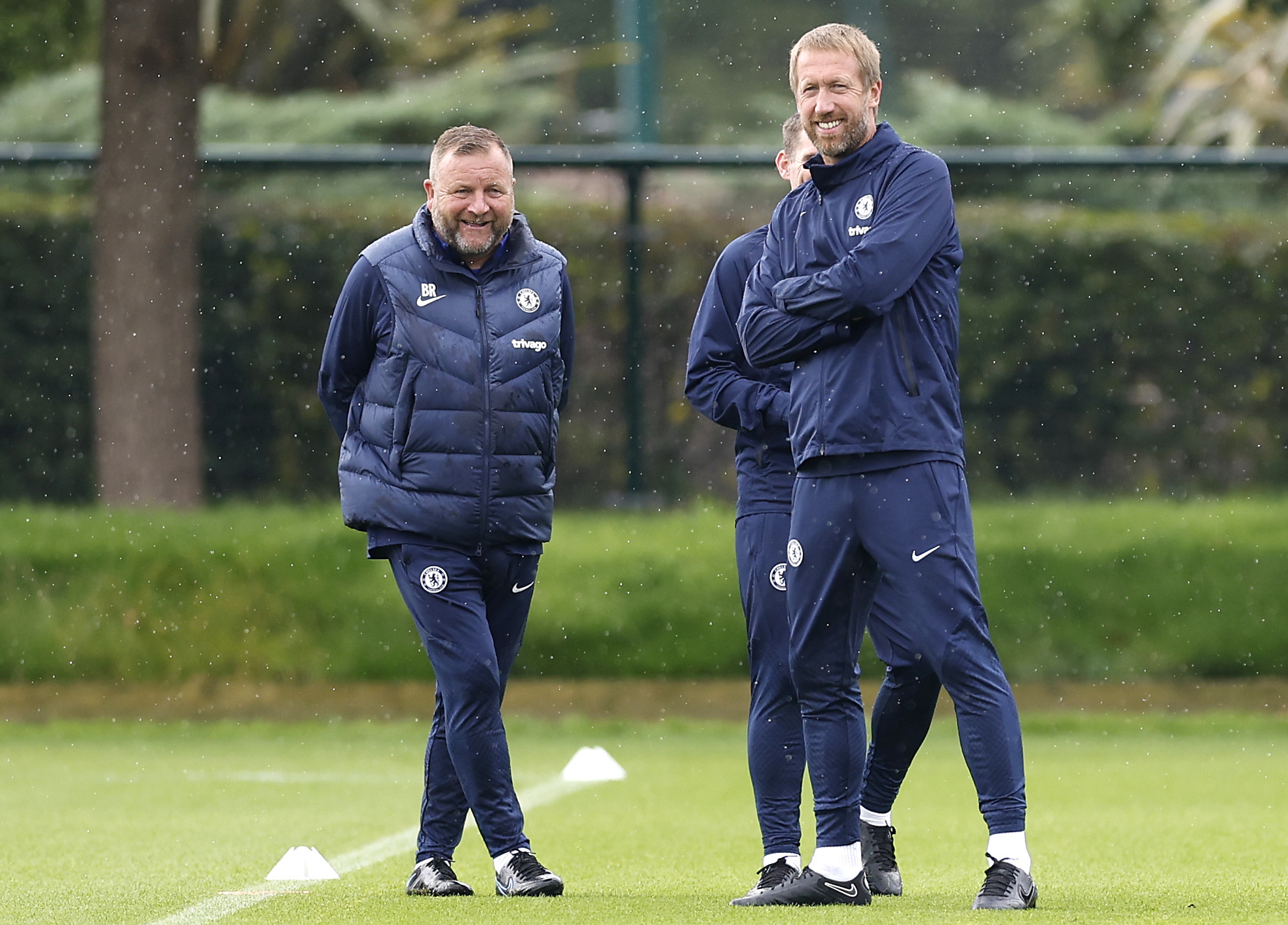 Within 24 hours of Tuchel's dismissal Potter was confirmed as his successor.

And he was due to kickstart his spell at Stamford Bridge away at Fulham on Saturday.

But football was postponed over the weekend following the death of The Queen.

It means Potter's first game in charge now comes at home to RB Salzburg in the Champions League this evening.

His confirmed backroom staff is as follows:

Reid comes to West London having previously been Potter's assistant at Ostersunds, Swansea City and Brighton, while Hamberg and Macaulay have been working alongside Potter for more than a decade.

Brighton legend Bruno took up a role with Potter in 2019 after hanging up his boots as a player for the Seagulls.

HOW TO GET FREE BETS ON HORSE RACING

But there are still a couple of familiar faces at Chelsea who have been kept on following the appointment of Potter.

Barry, who has been a part of the backroom staff at Stamford Bridge since 2020, will remain an assistant coach.

And goalkeeping coach Hilario, who made 39 appearances for the Blues between 2006 and 2012, will also stay at the club under Potter.

He will be joined by Roberts – who was between the sticks for Middlesbrough against Chelsea in the 1997 FA Cup final.

Chelsea went on to beat Boro 2-0 and lift the trophy for a second time.