IN the end, it was worth waiting for.

Chelsea fans may have been kept hanging for eight years to witness Romelu Lukaku’s first ever goal for the Blues at Stamford Bridge, but when it came, it was pure class. 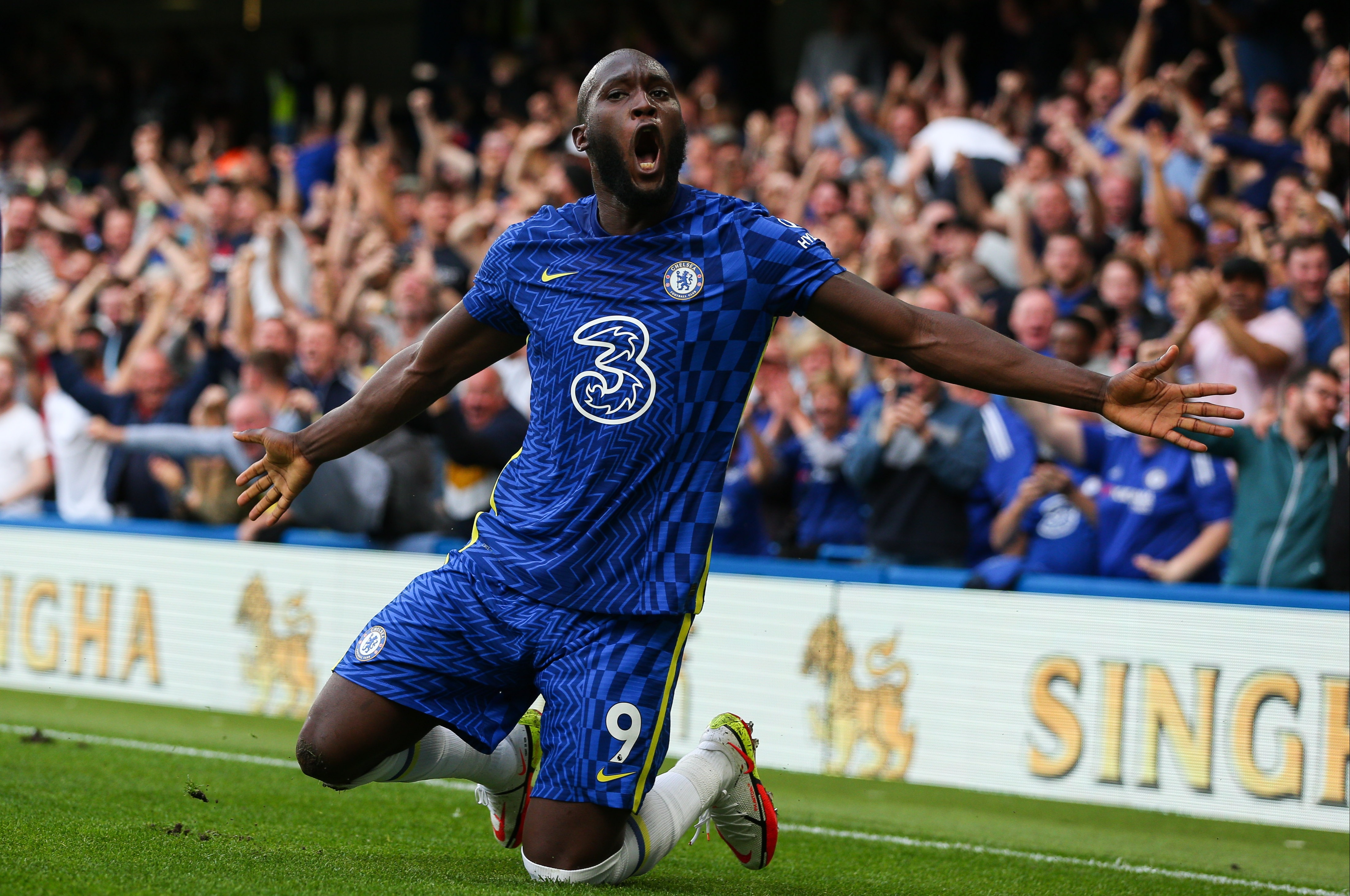 His second goal wasn’t too shabby either.

They're behind Manchester United only on goals scored.

Lukaku’s second home debut, and first appearance in a navy blue shirt at the Bridge since August 2013, was pretty uneventful apart from his wonderful finishes, but then that is what he gets paid for.

The goal came in the 15th minute when Mateo Kovacic burst out of defence and ran from just outside his own box to the halfway line, before picking out Lukaku on the left edge of the Villa box with a pinpoint pass.

Lukaku took a touch and then feigned to shoot with his left foot.

Villa defender Axel Tuanzebe spent every penny buying the dummy and ended up on his backside as Lukaku dragged the ball inside and buried it inside the near post.

It was a stunning way to break his duck, on his 15th appearance at Stamford Bridge.

And Lukaku must have sensed it was coming when he announced on the eve of the game he had recovered from a niggling thigh injury and was fit to play – after scoring three goals in two World Cup qualifiers during the international break.

Lukaku had a small hand in the second goal and helped to return the compliment for Kovacic, putting the Villa defence under the pressure which led to a mistake from Tyrone Mings that opened the door for Kovacic after 49 minutes.

The last word went to Lukaku as he struck again in injury time.

He collected a pass from the right flank from Cesar Azpilicueta, and from just inside the box he used his favoured left foot to fire the ball into the roof of the net.

That was more than enough to see off Villa, and Chelsea became only the second club, after Manchester United, to win 600 Premier League games.

You had only to look at the Blues’ bench to see their strength in depth, with the likes of Ben Chilwell, Mason Mount, Jorginho and Timo Werner watching from the dugout.

Not to mention N’golo Kante who is injured and Reece James who was suspended.

Despite being crowned Champions of Europe last season, Tuchel always felt there was something missing from his squad, and he looks to have found the missing piece of the jigsaw in Lukaku.

English football is in a better place with the likes of Lukaku back “home” again gracing the Premier League.

With Cristiano Ronaldo announcing his return too with two goals for Manchester United earlier in the day, the race for the Golden Boot will only get better.