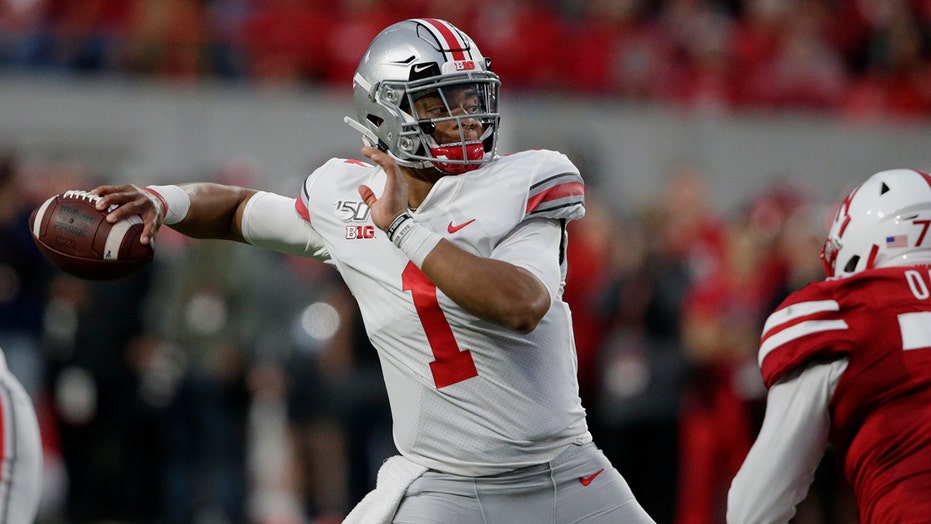 The Big Ten is back.

It is the first week of the college football season for the Big Ten Conference, after officials postponed and then reneged on their decision over the course of a couple of months. Fans will finally get to see other top schools like Ohio State, Penn State and Michigan play this season.

The Big Ten is eligible for the College Football Playoff even at Week 8 of the college football season. It starts Friday night when Wisconsin takes on Illinois.

Read below for a brief look at the Top 25 schools in action. 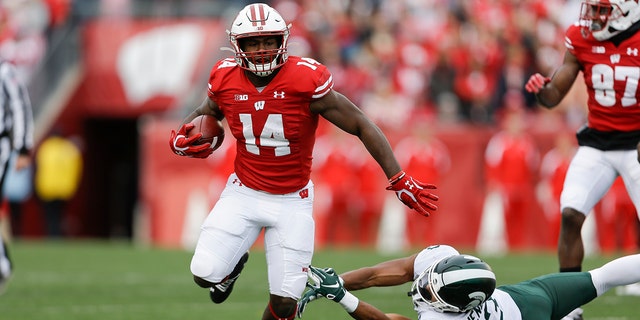 Wisconsin and Illinois are among the teams Big Ten teams getting things kicked off for the conference’s 2020 season. The two teams meet on Friday night at Camp Randall. Wisconsin finished last season with a Rose Bowl loss to Oregon while Illinois got a RedBox Bowl loss to Cal. But The Fighting Illini beat the Badgers by one point during their matchup last year.

Clemson returns home to take on Syracuse. Trevor Lawrence and the Tigers have rolled all season long and it’s not expected to stop Saturday afternoon. 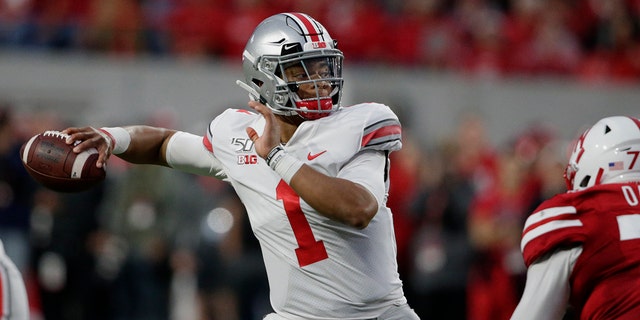 Fans will get to see Justin Fields for the first time as Ohio State hosts Nebraska. The Buckeyes are expected to do big things this season while Nebraska is seen as more of a wildcard team. With this being their first game, you never know what can happen. 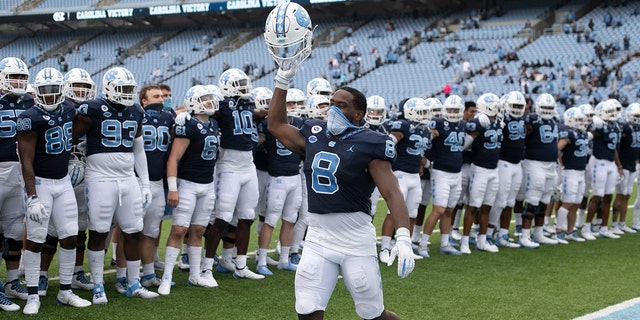 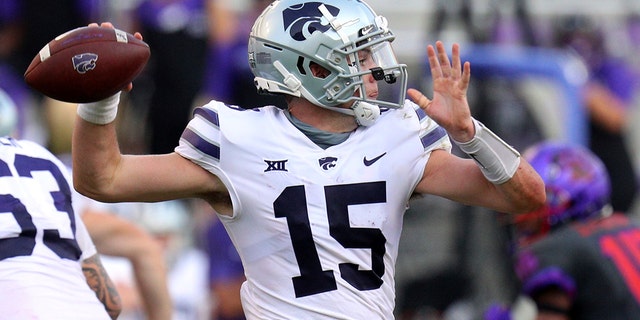 Kansas State quarterback Will Howard (15) looks for an open receiver in the fourth quarter of an NCAA college football game against TCU, Saturday, Oct. 10, 2020, in Fort Worth, Texas. (AP Photo/Richard W. Rodriguez)

Kansas State and Kansas will have a pivotal Big 12 matchup. The Wildcats are looking to go 4-1 and hopefully move up in the next AP poll next week. Kansas is still searching for its first win. 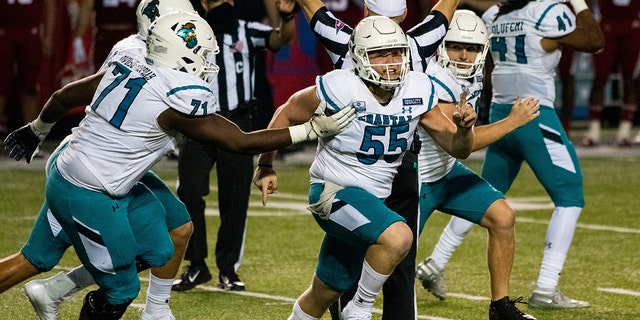 Coastal Carolina is in the Top 25 for the first time in its history. The Chanticleers upset Louisiana last week and now have to take on Georgia Southern.

Marshall will play for its fifth consecutive win of the season against Florida Atlantic. Thundering Herd running back Brenden Knox has seven rushing touchdowns this season and will be key in this game.

Alabama will hit the road to take on Tennessee. The Crimson Tide has proven to be a top team with a win last week over Georgia. Mac Jones will hope to continue the trend against the Volunteers. 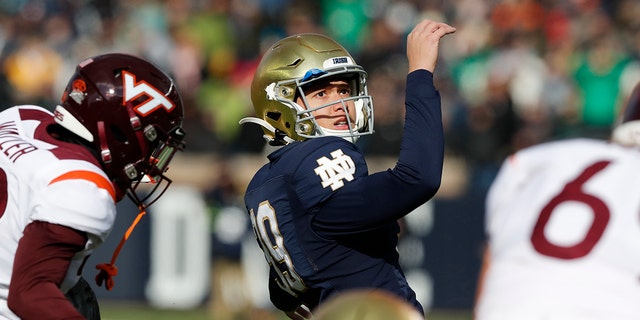 Notre Dame is hoping that they don’t fall into the ACC trap. Ian Book and the offense only scored 12 points against Louisville and are going up against a Pittsburgh team that has the ability to score a ton of points when the offense is clicking. 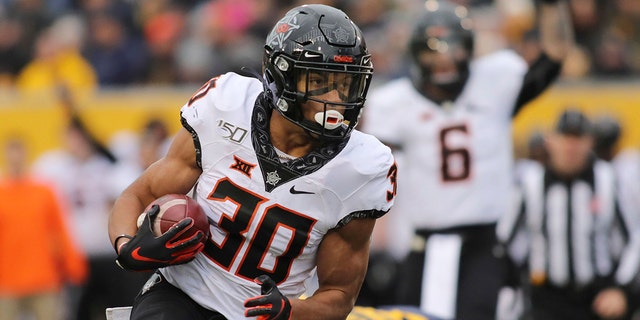 The Big 12 has another interesting matchup Saturday afternoon. Oklahoma State welcomes Iowa State into Stillwater. The Cowboys are No. 6 in the nation and another win could catapult them even higher. The Cyclones are hoping a win against a top-ranked team could erase an earlier loss to Louisiana. 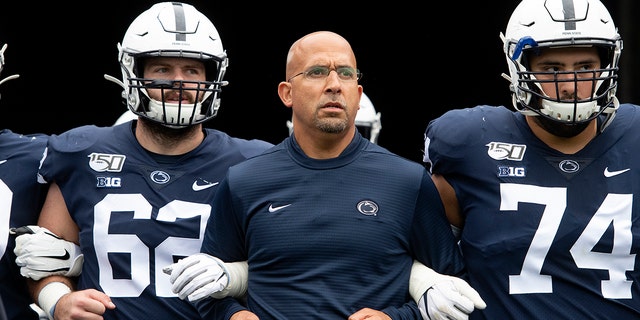 Penn State will march into Indiana and hope that the travel doesn’t affect their play. It’s the first game of the season for both schools.

Virginia Tech is in the middle of the pack when it comes to the AP Poll but improving to 4-1 is something that could pay dividends in the future. The Hokies will have to find a way to stop Sam Hartman. The Demon Deacons quarterback has 893 passing yards and three touchdowns. 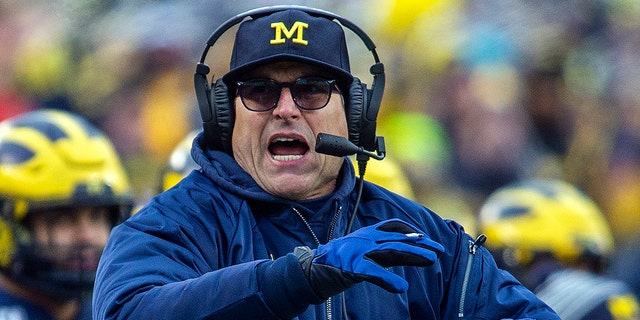 The winner of Michigan and Minnesota could easily have College Football Playoff implications. Jim Harbaugh and P.J. Fleck both need wins to start their seasons. 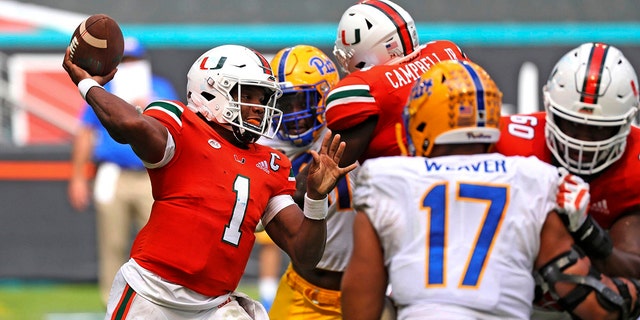 D’Eriq King will try to get back into the Heisman Trophy conversation against Virginia. Miami is 4-1 this season and Virginia is 1-3. 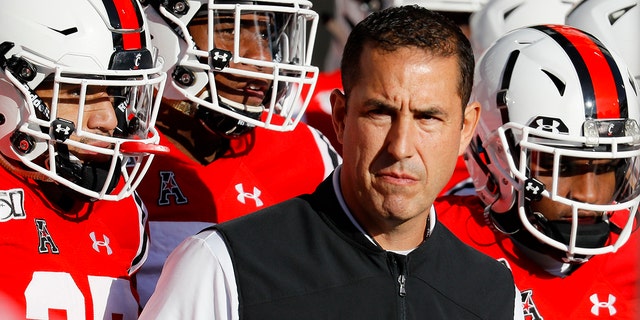 A meeting of undefeated Group of Five teams when No. 9 Cincinnati plays the No. 16 Mustangs on Saturday, Oct. 24, 2020, the American Athletic Conference’s top defense trying to stop one of the league’s best offenses, and the first game matching Top 25 teams since SMU (5-0, 3-0 AAC) resumed playing on campus three decades ago. (AP Photo/John Minchillo, File)

Cincinnati is one of the under-the-radar teams this season. The Bearcats are a quiet 3-0 and ranked No. 9. A win against a 5-0 SMU team would be huge. A Mustangs win over Cincinnati would be big as well. The American Athletic Conference has one of the biggest games in a while. 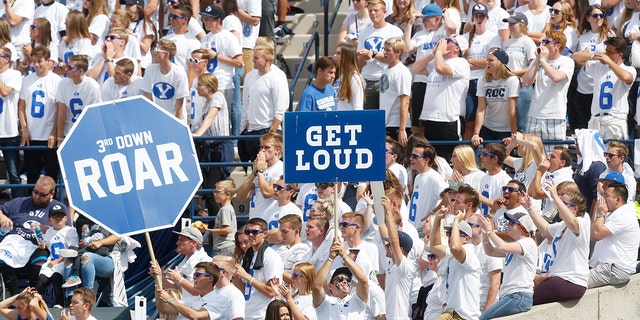 FILE – In this Sept. 16, 2017, file photo, BYU fans cheer in the first half during an NCAA college football game against Wisconsin, in Provo, Utah. (AP Photo/Kim Raff, File)

BYU’s Zach Wilson has 12 touchdown passes this season and is starting to get NFL eyes on him. BYU has what appears to be an easy Texas State team, but when the East Coast is sleeping, you never know what can go down in the mountains.