ENABLE (4-6f) proved she's still very much queen of the turf with a brilliant performance in the Coral-Eclipse.

Frankie Dettori sent the star mare to the front with two furlongs to go and the pair held on grimly from Aidan O'Brien's fast-finishing Magical. 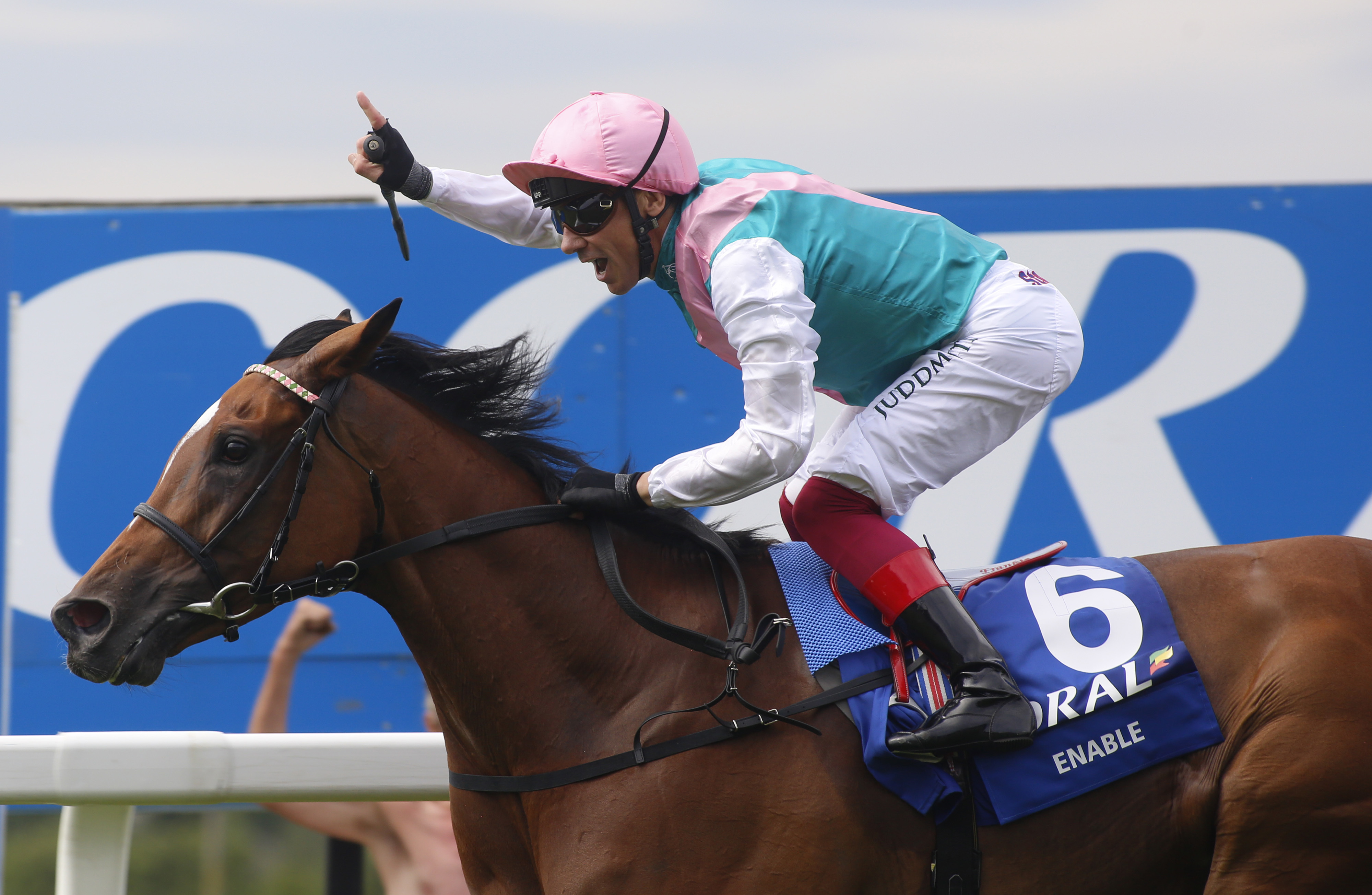 Under a typically astute ride from the Italian maestro, the hot favourite broke from the stalls like an American sprinter and immediately sat just off early leader Hunting Horn.

Dangers Magical, Regal Reality and Mustashry all stalked her in behind and, rounding the home turn, began to make their challenges.

But try as they might they weren't able to get to the favourite's coattails, the cadence of her stride that little bit too strong in the closing stages.

Magical (11-4) ran a huge race but again was bested by her old foe, while Regal Reality (17-2) finished nicely for third. 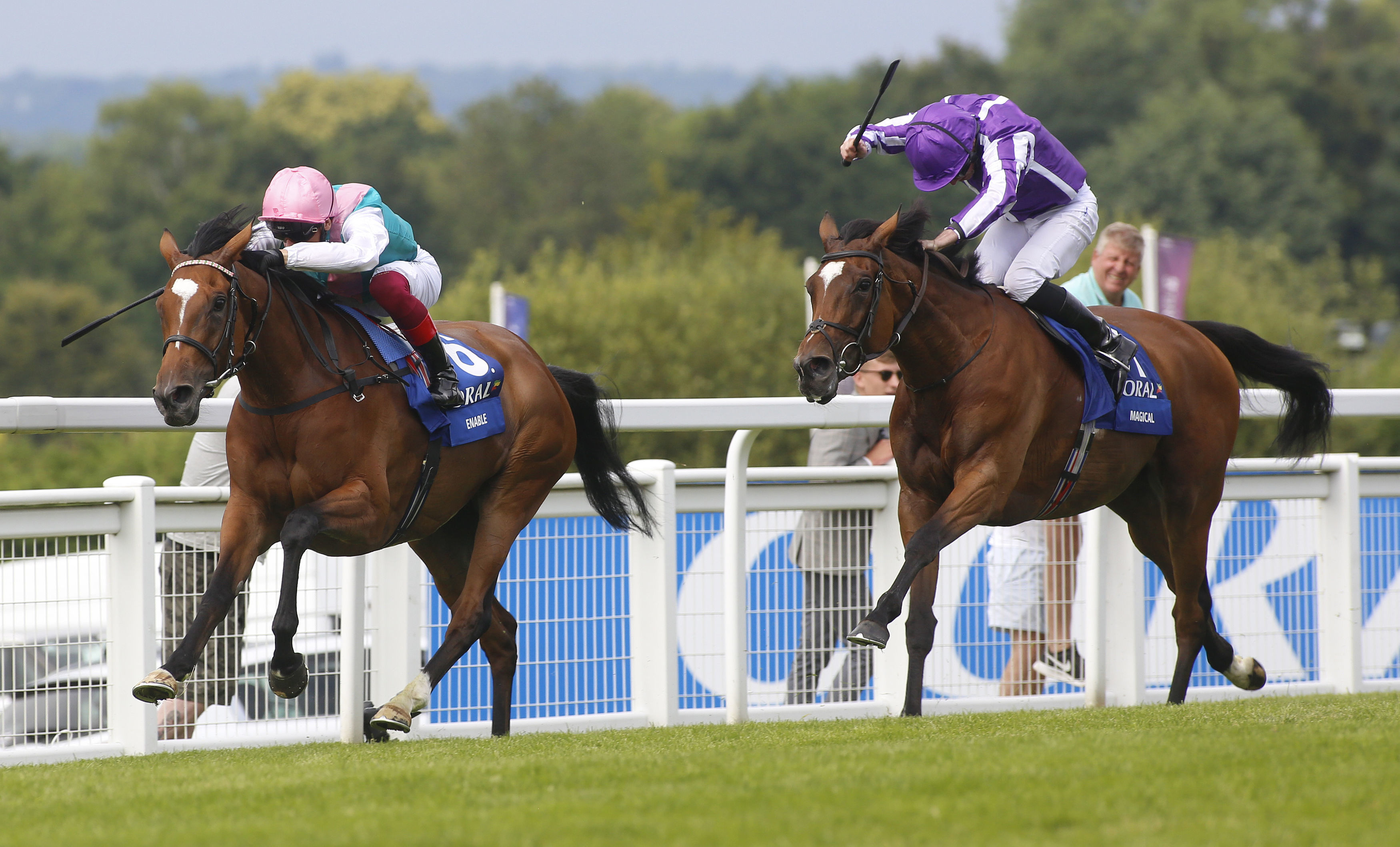 With victories in the King George, Arc and Breeders' Cup Turf last season, there was plenty at stake as she made her long-awaited return – and she did the job in style.

"If i'm being honest, we came here at 85 per cent. I said to Frankie if she gets tired look after her.

"I couldn't be more thrilled with her. It was a lovely ride. Frankie always wanted to be there and she's an exceptional athlete.

"To come from an eight-month layoff is not an easy thing to do. The King George is the plan now."

The winner is a best-priced 7-4 shot for Ascot's Group 1 at the end of the month.