The cousin of Liverpool midfielder Naby Keita has tragically died in a bus crash in Guinea.

Almamy Keita is one of the nine players from second division side Etoile de Guinee who were killed in the incident on Thursday.

It has been reported that a further 19 people were injured in the crash with 17 of those considered to be in a serious condition. 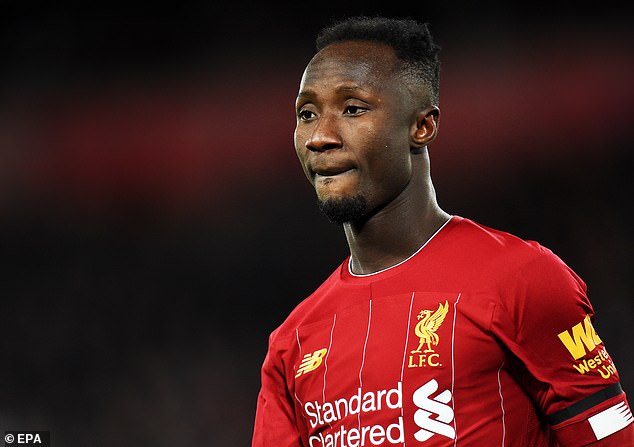 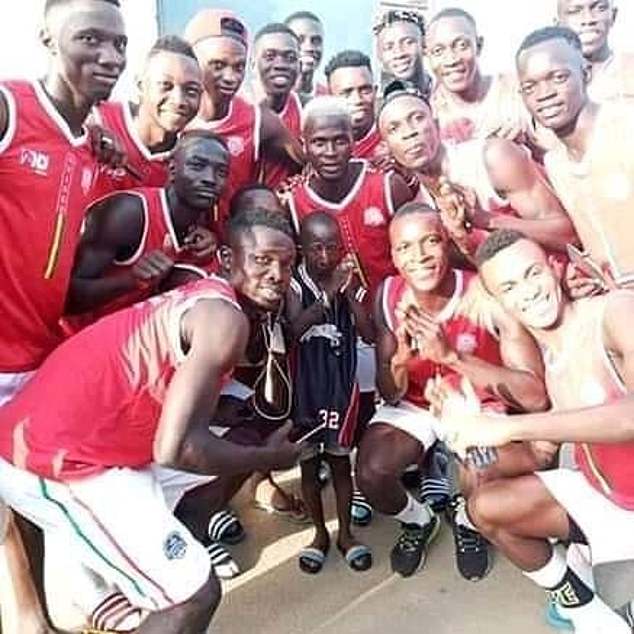 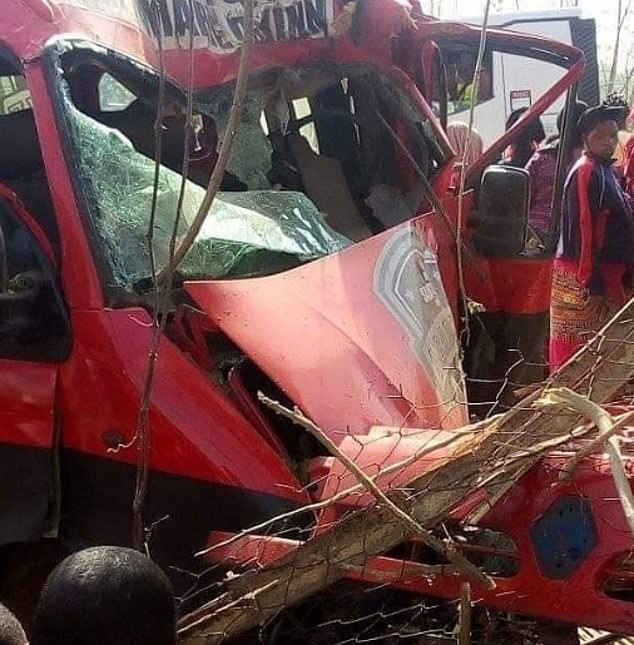 The crash took place just outside the city of Mamou, located 250 kilometres away from capital Conakry, with the team on their way to play their first league game of the season in Kankan.

Keita, who is expected to play for Liverpool against Bournemouth on Saturday posted an emotional tribute on social media saying he was ‘heartbroken’.

The 25-year-old wrote: ‘I am shocked, sad and heartbroken at this terrible news.

‘I send my sincere condolences to all families of the victims, as well as the whole sporting family of Guinea. Rest in perfect peace guys.’ 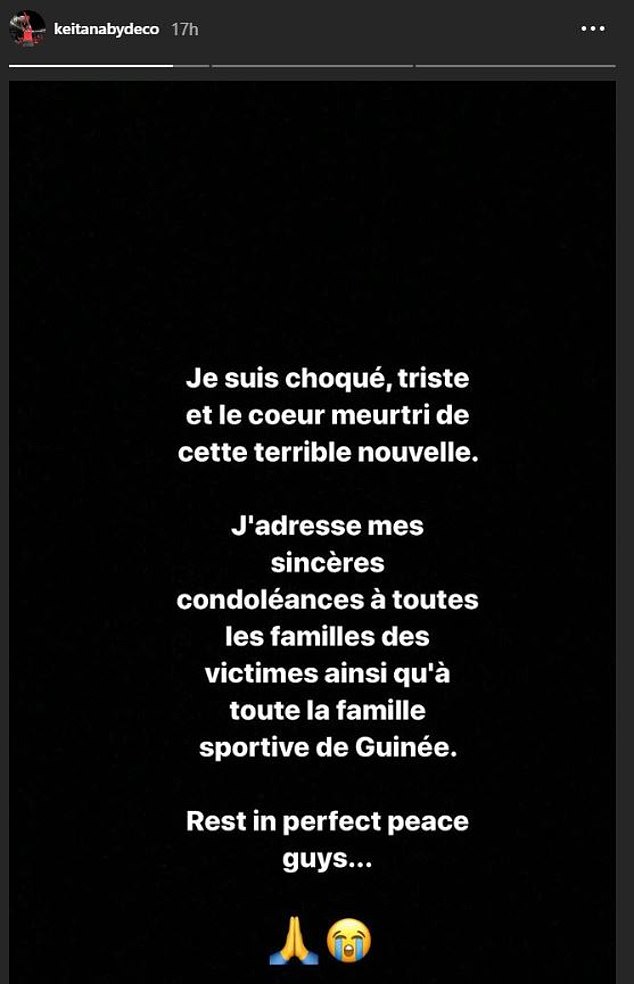 Keita posted a tribute on social media, saying he was ‘shocked, sad and heartbroken’ 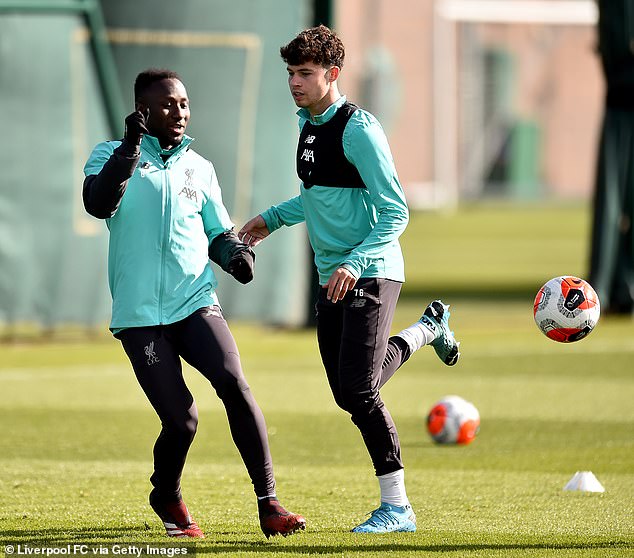 Keita (L), pictured in training on Thursday, is due to play for Liverpool at Anfield on Saturday

Antonio Souare, the head of the Guinea Football Federation, vowed to hold a day of mourning with all teams to wear black armbands on a date yet to be confirmed.

The crash was the second involving a Guinean football team in 2019. Three people died in January when Wakriya AC’s bus collided with a stationary truck just outside Conakry.