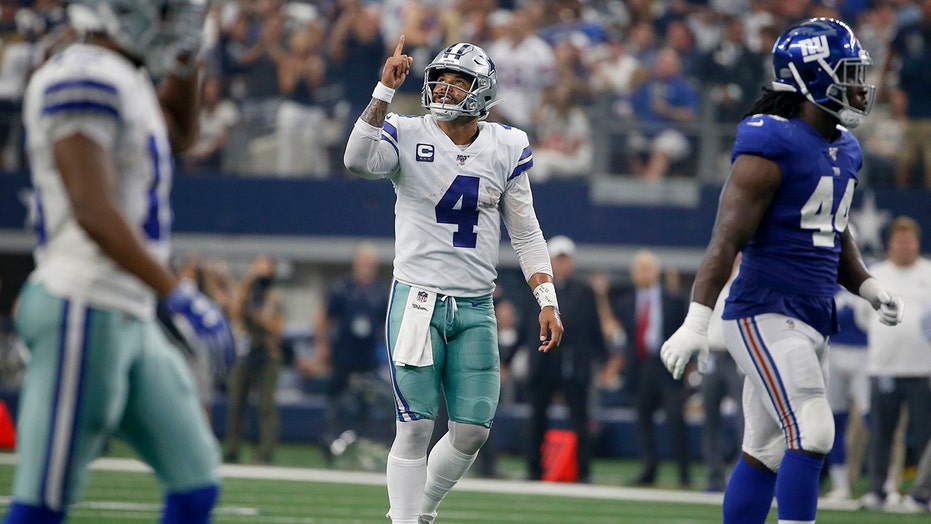 Legendary NFL running back Emmitt Smith believes the Dallas Cowboys are “uncertain” about whether or not Dak Prescott is the “future” of the team.

Smith, who won three Super Bowls in 13 seasons with the Cowboys, told the SB Nation NFL Show this week that there would be no back-and-forth over Prescott’s contract if Dallas was all in on him being their quarterback.

CHIEFS’ PATRICK MAHOMES TO HAVE SURGERY ON FOOT AFTER SUPER BOWL LV: REPORT

“The only answer I can give is the Cowboys are uncertain whether or not he’s the future of the Cowboys,” Smith said, via KRLD radio. “Outside of that, if he was the complete future of the Dallas Cowboys, they would make no bones about giving him a contract.”

Prescott previously signed a franchise tag worth $31.4 million during the offseason after failing to negotiate a long-term deal with the team. He suffered a season-ending ankle injury on Oct. 11 against the New York Giants but owner Jerry Jones had made it clear that Dallas was still invested in Prescott.

“You wouldn’t offer Dak what we offered in the past if you’d not thought he was very special,” Jones said back in January. “The issue is how do you come together? And that’s no stranger to me. I’ve been doing it all my life, putting things together. We’ve got to get it together.”

But Smith is reading between the lines and says there’s no “commitment” to Prescott.

Sources told the NFL Network on Sunday that the Cowboys plan to make another push to sign Prescott to a long-term deal before the March deadline for applying franchise tags, otherwise they will sign him to a second tag worth $37.7 million.